Posted by in Social Issues On 8th September 2021
ADVERTISEMENT

In a true dystopian nightmare, this student decided to shop for guns online while in class. The video which was taken in Texas was taken on the day that gun laws were further loosened. 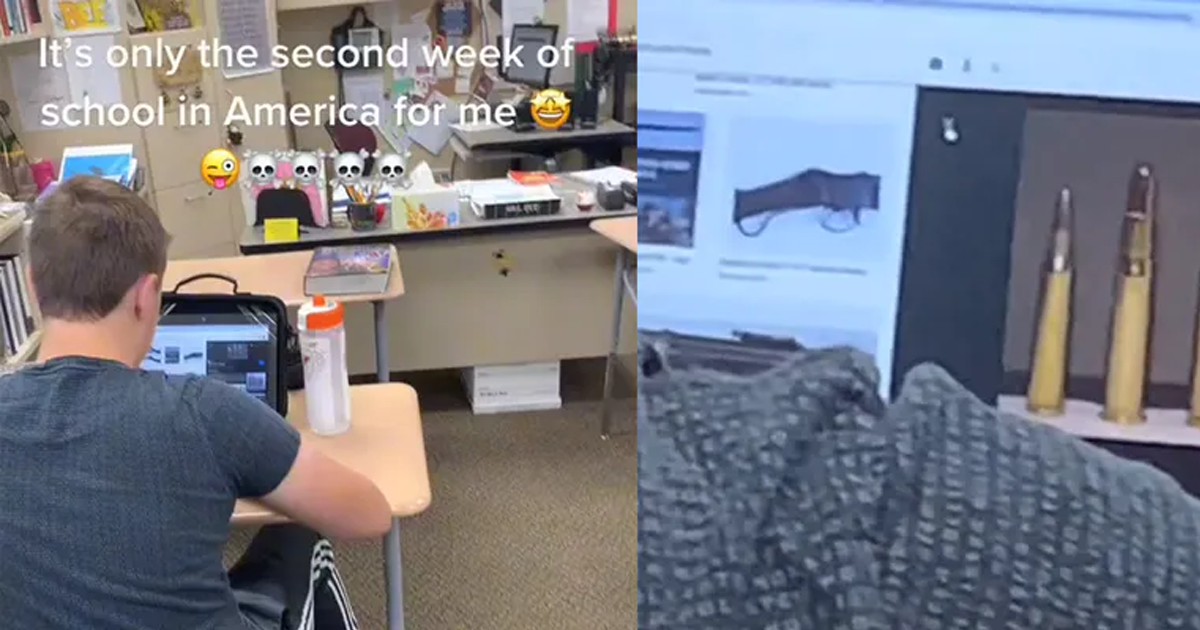 @Coasterlvl500 was shocked to see a fellow classmate casually browsing for guns online like they were doing a regular shop on Amazon.

The video which seems almost unbelievable shows a Texan student scrolling through a variety of what seems like heavy ammunition in clear view of other students. 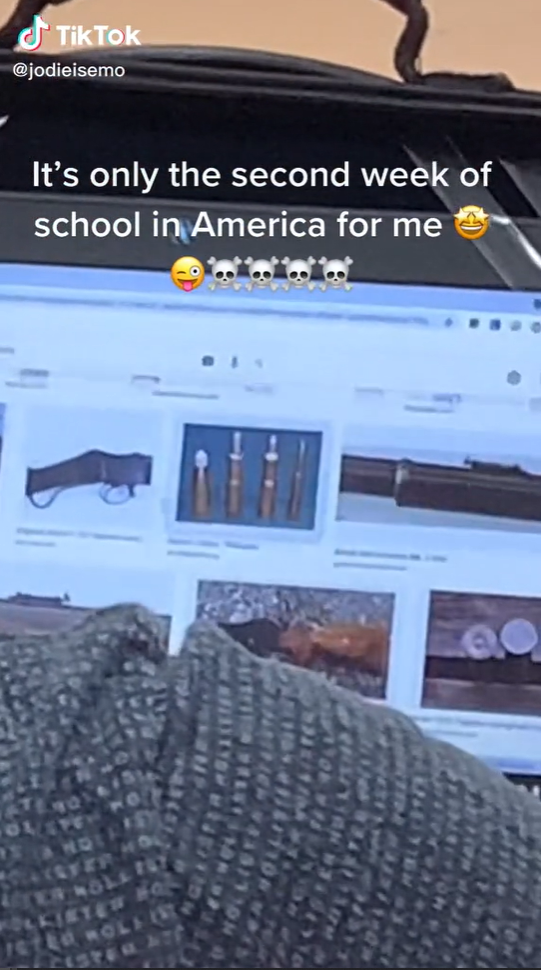 The caption to the video reads, “[Trigger warning]. Anyways can’t say to die. It’s the only second week of school in America for me,” 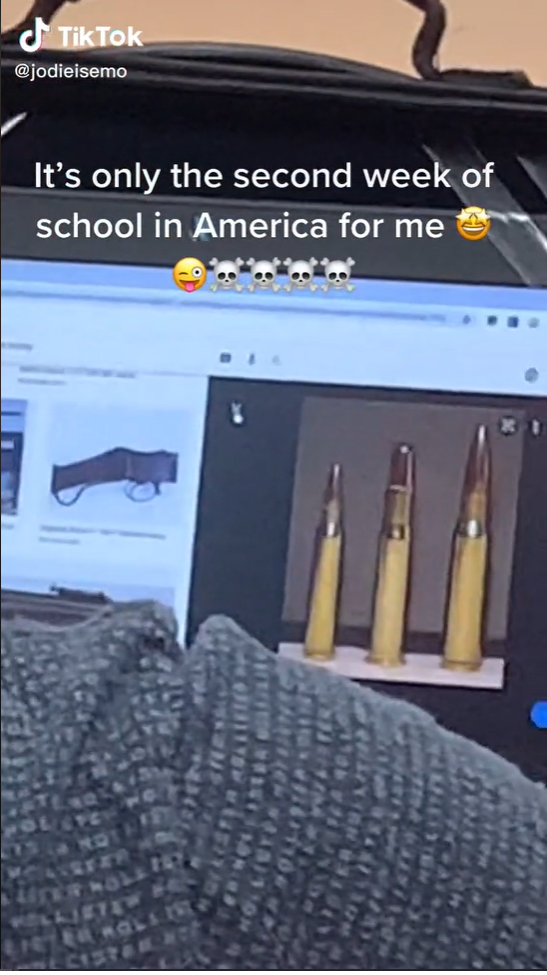 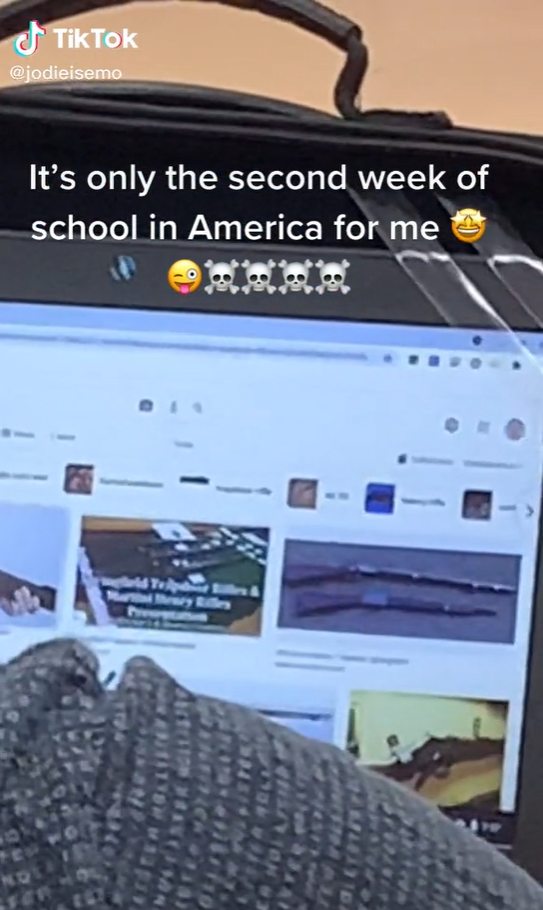 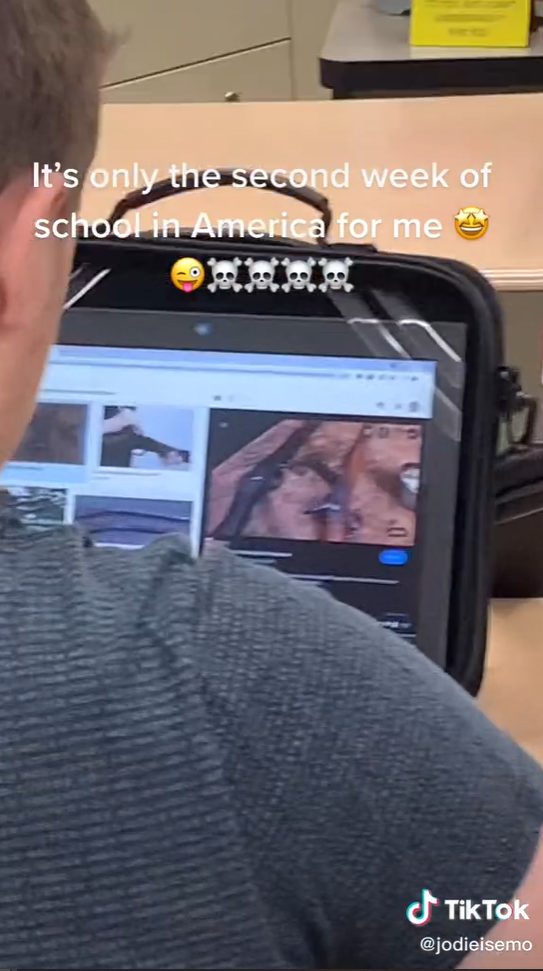 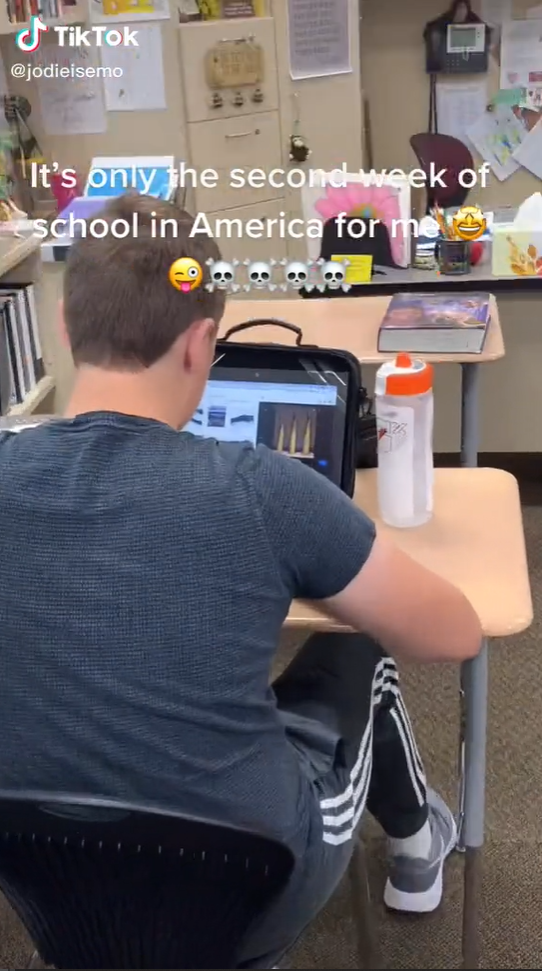 Commenters however urged the student to go to their school counsellor and report the incident saying that this behaviour was worrisome.

Not everyone however took this as a serious threat with one user asking, “What if they just like guns?”

This commenter said that even if they liked guns, school was the least appropriate place to look at them.