This TikToker goes straight up to the rich people driving expensive cars and asks how do they earn big money. Thanks to him, now we know what to do to afford these beauties. 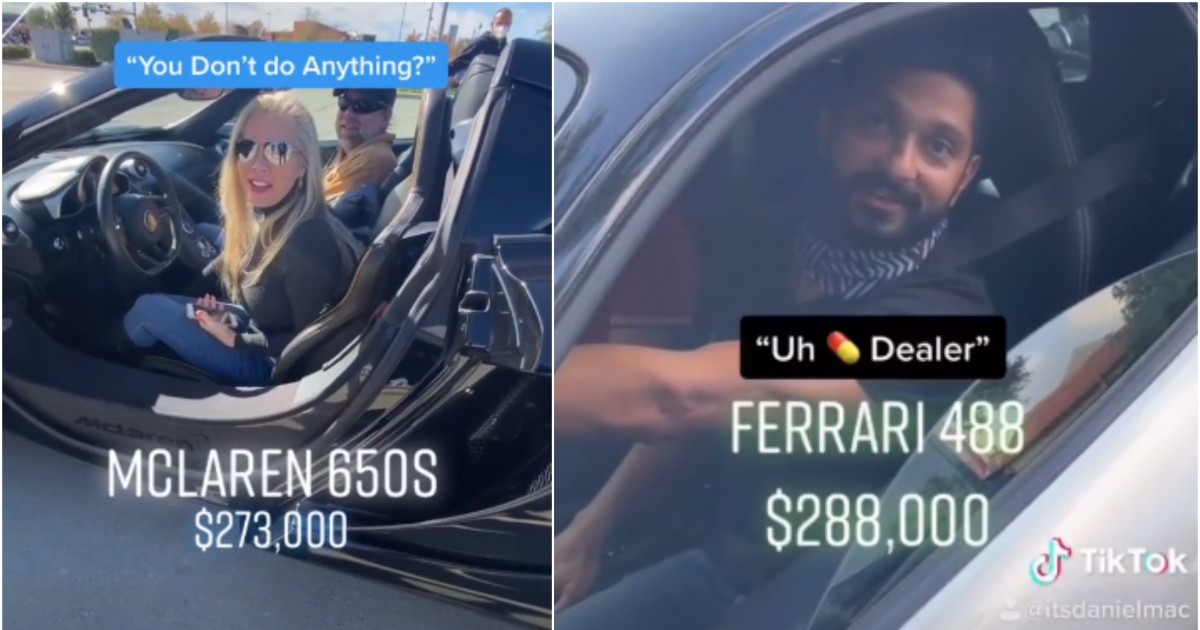 When we see people driving expensive cars, all we imagine is what do they do for a living?

Seeing rich people driving the limited cars that we can only imagine in our dreams do make us wonder what their jobs are. I mean admit it we all want to show off our sleek cars running on the roads while people gushing at us. While none of us really had the courage to go and ask these rich humans what do they do to afford these pieces, this man Daniel Mac didn't hesitate and just went for it.

Daniel McDonald is a famous TikToker whose videos revolve around asking people, who drive luxury cars, what their jobs are

His TikTok bio says he is the 'CEO of what do you do for a living?'

One thing is clear, even if you have a good job and settled life, still owning a Ferrari is not everybody's cup of tea.

♬ WITHOUT YOU - The Kid LAROI

His funny videos start with him approaching really high-end luxury cars and asking the drivers what they do for a living.

Many drivers get startled and start laughing before telling him their source of income, the best part is most of them seem perfectly willing to answer.

♬ WITHOUT YOU - The Kid LAROI

One of the guys even admitted that he sells drugs

Most of the people told they do investments, are retired, or own multiple companies. One person even offered Daniel a job and said he would make sure he gets an interview.

Many of the car owners turned out to be professional YouTubers

Daniel's funny videos have gone viral with racking millions of views. Many rich drivers even recognized him as he approached them. Thanks to Daniel, at least now we know in which direction we got to work to earn those 'big, shiny cars.'