Posted by Annie N. in Fails On 15th August 2021
advertisement

This TikToker got a ram skull tattoo on her midriff and was happy with it until some of her followers pointed out how inappropriate it looks. 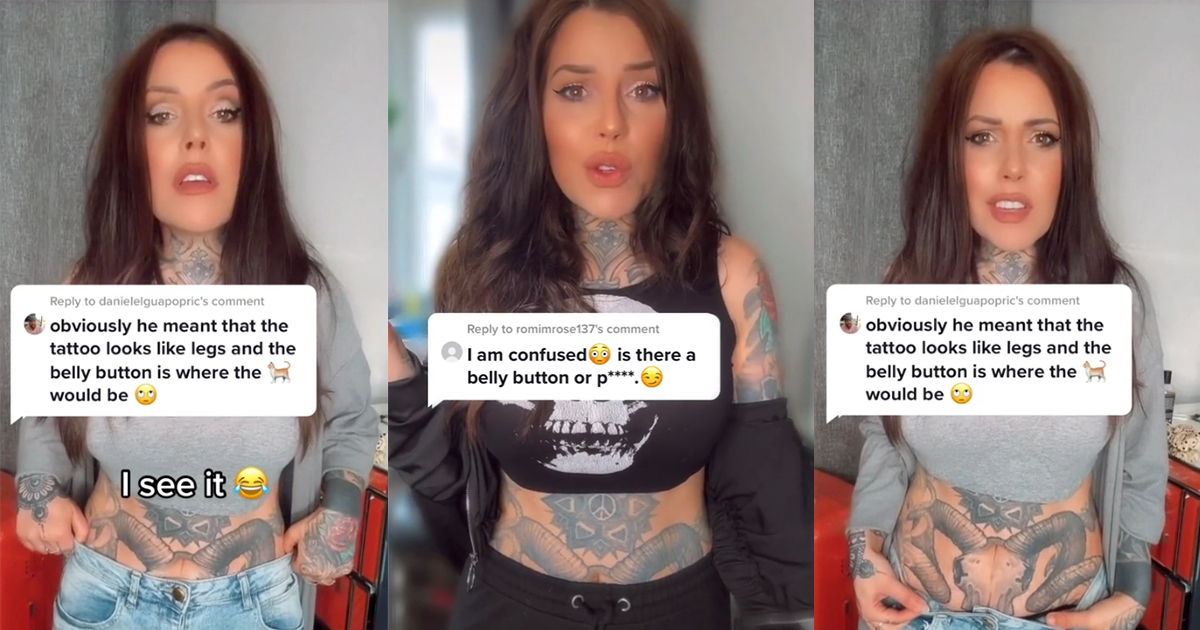 When Crystal Kelly got a tattoo she was excited about the new ink and the way it looked. Crystal finally made a video to address what people had started pointing out in the comments.

Viewers said that the pair of ram horns looked like a woman with her legs splayed open. Crystal rolled her jeans down to reveal the whole tattoo and said, “I don't get it."

It was when Crystal puled her jeans back up that the offending visual was revealed. 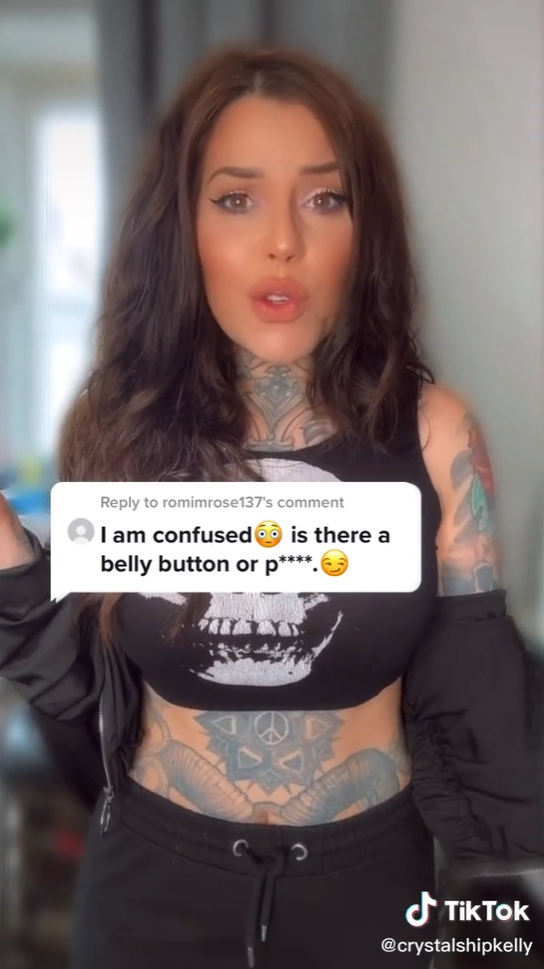 A viewer clarified exactly what was wrong with the image and once you see it you can't unsee it.

That's when she had an immediate realization

Reply to @danielelguapopric I mean they would be some UGLY ass legs but I see it , thanks for that 😩

People recommended she stick to low-rise jeans to avoid awkward situations in the future. 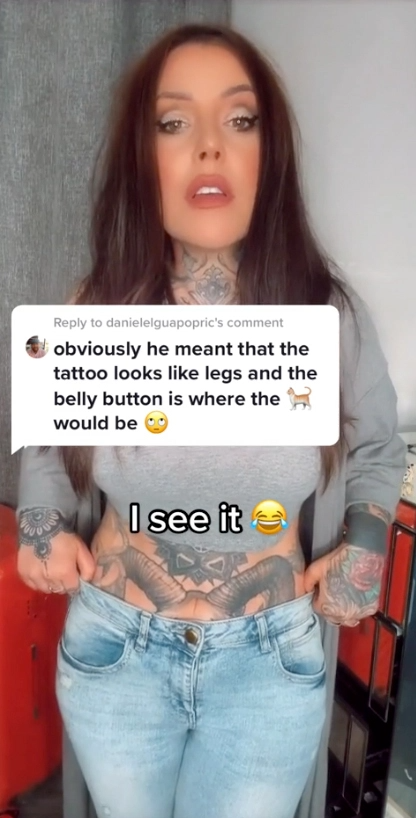 Which looks like what she will be doing from now on. 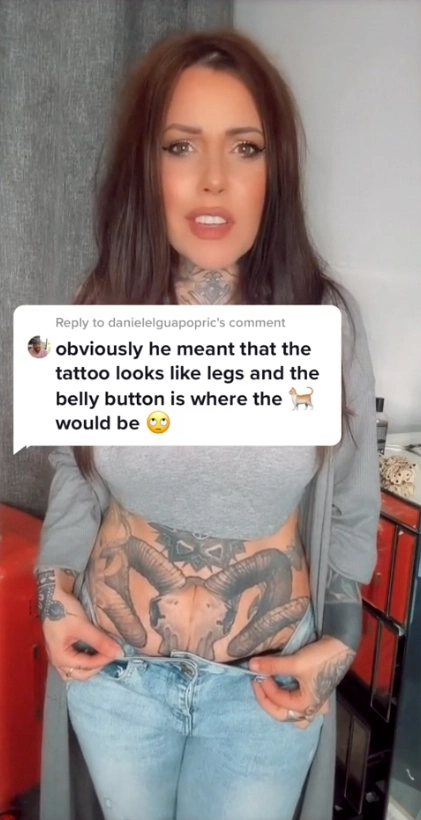