Posted by Sama in Entertainment On 13th December 2021
advertisement

Famous celebrity singer, Ariana Grande who calls herself Italian has been accused in the past of Blackfishing by her fans. Now she is once again facing criticism after her latest photoshoot makes it to social media. Fans have accused Grande of Asian fishing and are asking her an explanation for her blatant copy of East Asian women. 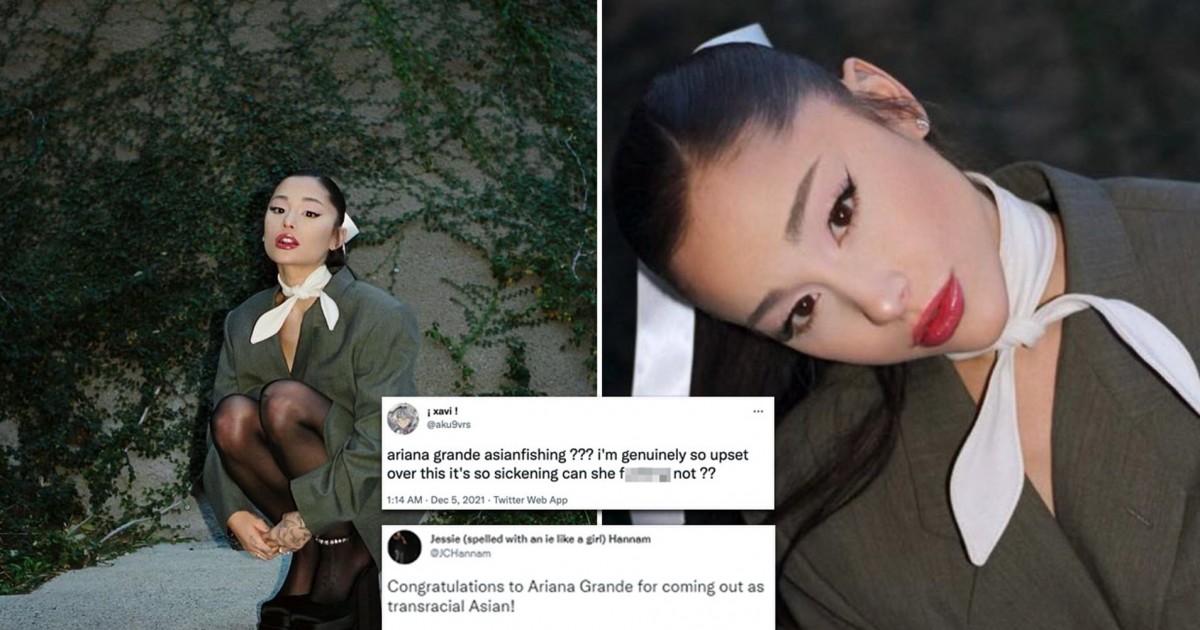 Famous celebrity singer Ariana Grande is under fire on TikTok after being accused by fans of Asian-phishing- trying to appear herself as an Asian woman in one of her recent photoshoots.

The pictures show Grande sporting an oversized blazer with a small white scarf tied around her neck, and sitting low in front of a wall, hugging her knees to her chest.

One TikTok user Niena, who goes by @kuzumi.n on TikTok, took to the social media platform that how Ariana looks almost unrecognizable and how she looks so Asian in these photographs.

She pointed the obvious and that is the pop star’s “innocent posing,” “little bows,” and the color of her lipstick are too close to K-pop beauty.

As evidence, Niena also showed an image of a K-pop star with a similar appearance to Grande.

“They look a little too similar. Especially considering that Ariana Grande is a white woman,” she said.

Only a few days back, Creative director and photographer Katia Temkin shared the photos on Instagram.

To further clarify, Niena took to the comments section of her video to explain why she pointed out Grande’s makeup and clothing. 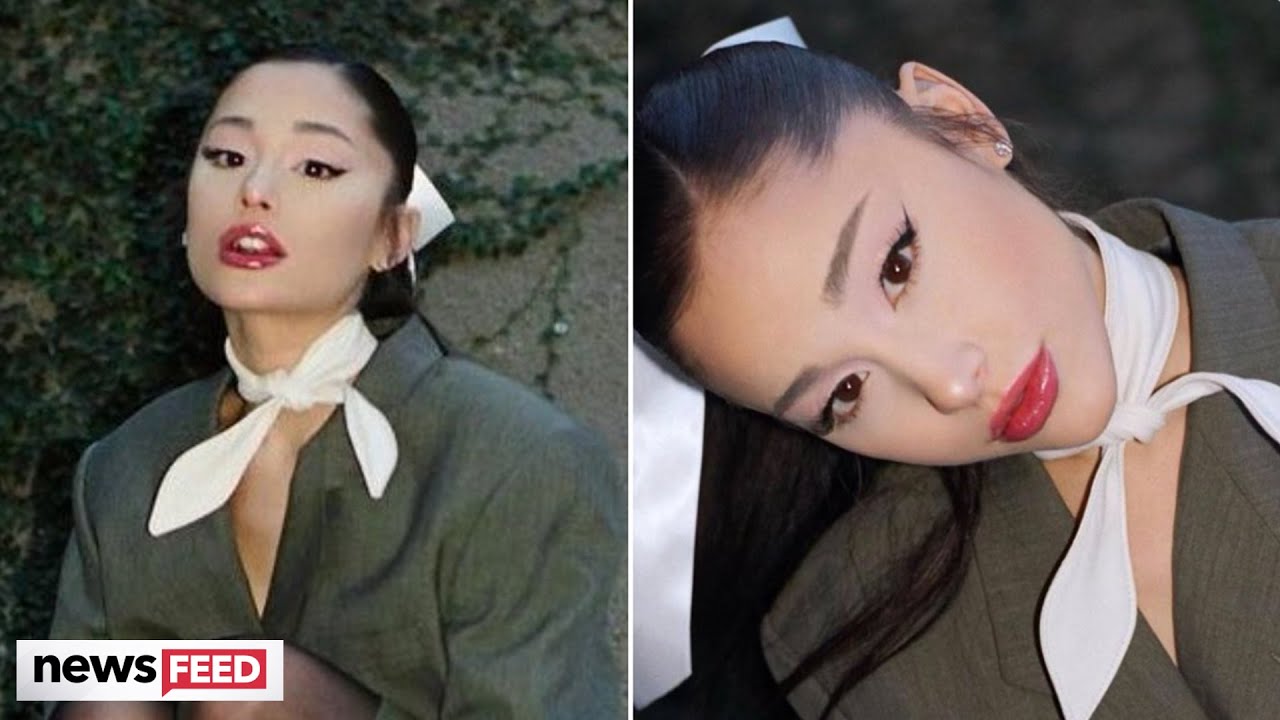 “I pointed out her makeup, wardrobe, and posing because they’re obviously influenced by existing East Asian stereotypes,” she wrote.

However, not all fans agreed with Niena and she also faced some backlash and disagreement:  “Genuine question: wrong about what? How could someone even be ‘right’ or ‘wrong’ when we’re discussing opinions and interpretations?”

Niena responded with the following, in part: “The ones who don’t see an issue are wrong because they’re choosing to ignore it.”

Despite the debate and disagreement, the majority agreed with Niena’s sentiments about Grande’s photoshoot.

Reply to @paige.mantaray this, coupled with the fact that she was black fishing before is why there’s a problem

“I didn’t even know that was Ariana Grande in the first pic. I thought this was like reviewing an Asian woman’s fashion or something. Oh my,” someone wrote.

“Ariana knows what she’s doing especially since she loves posing as brown woman for so long,” another added.

Someone else wrote: “I don’t understand how she wasn’t cancelled years ago when she decided to start Blackfishing.”

As Grande's photographs went viral on social media, Oli London, a white influencer who considers themselves transracial, and identifies as Korean after cosmetic procedures to appear “Korean”, took to Twitter to praise Grande’s “new Asian look.” 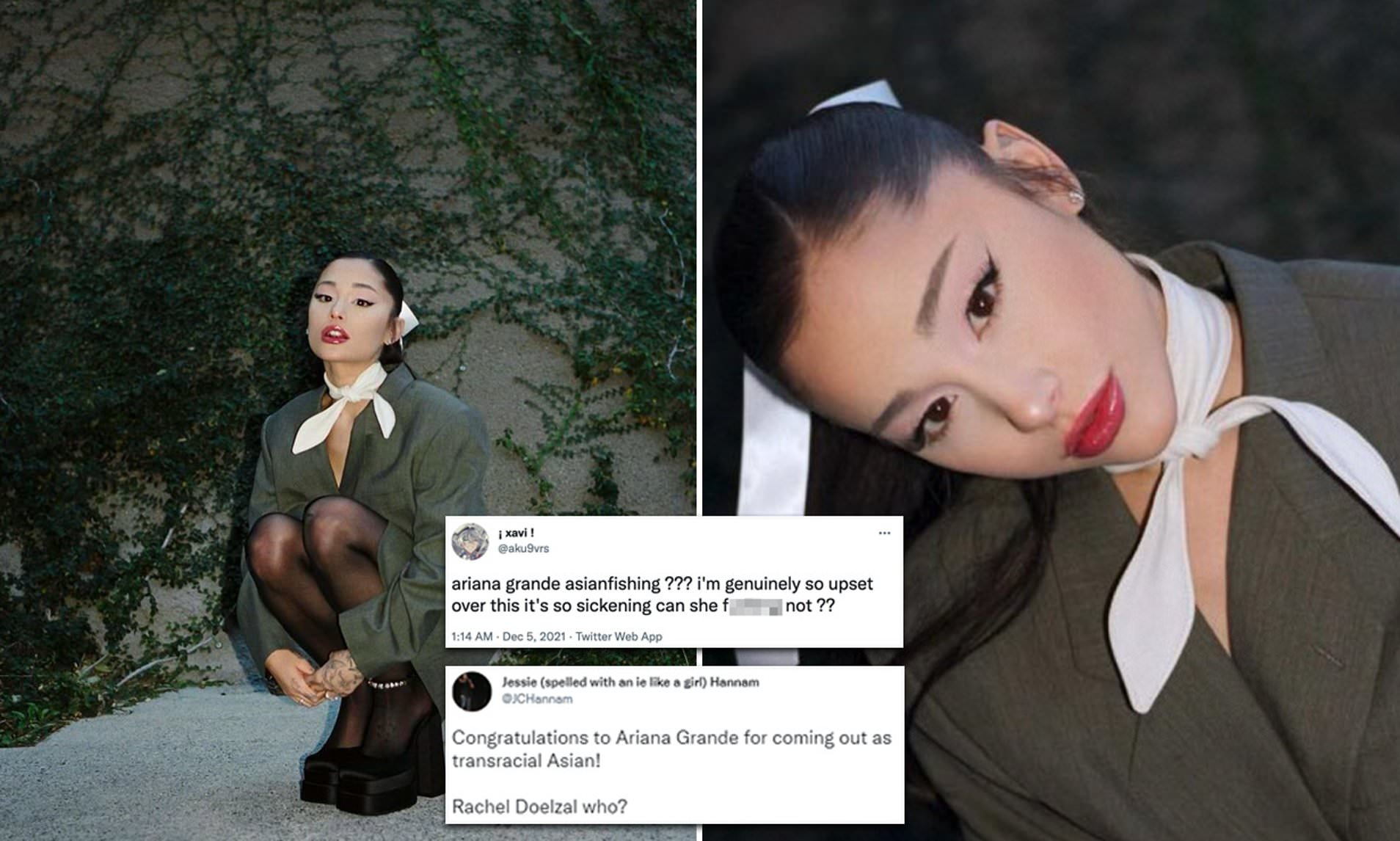 As a matter of fact, this isn't the first time that the pop singer who identifies herself as Italian has been accused of appropriating culture.

People have called her out in the past for Blackfishing. The term Blackfishing refers to those people who are not black but they present themselves as one through hairstyles or having very tanned skin.

I’m so in love with @ArianaGrande new Asian look. It looks so cute and oriental. Welcome to the TRANSRACIAL club Ari, so happy to have you join me. Can we become the King & Queen of Korea together already? 👑👸🏻🤴🏻 #olilondon #ArianaGrande #transracial pic.twitter.com/coWlW0idQS

Over the years, many people have slammed Grande for her cultural appropriation and now she is not spared on TikTok too.

As of Monday, December 6, Grande’s representatives haven’t released a comment on the photos. It’s still not clear as to whether or not she was attempting to look Asian. 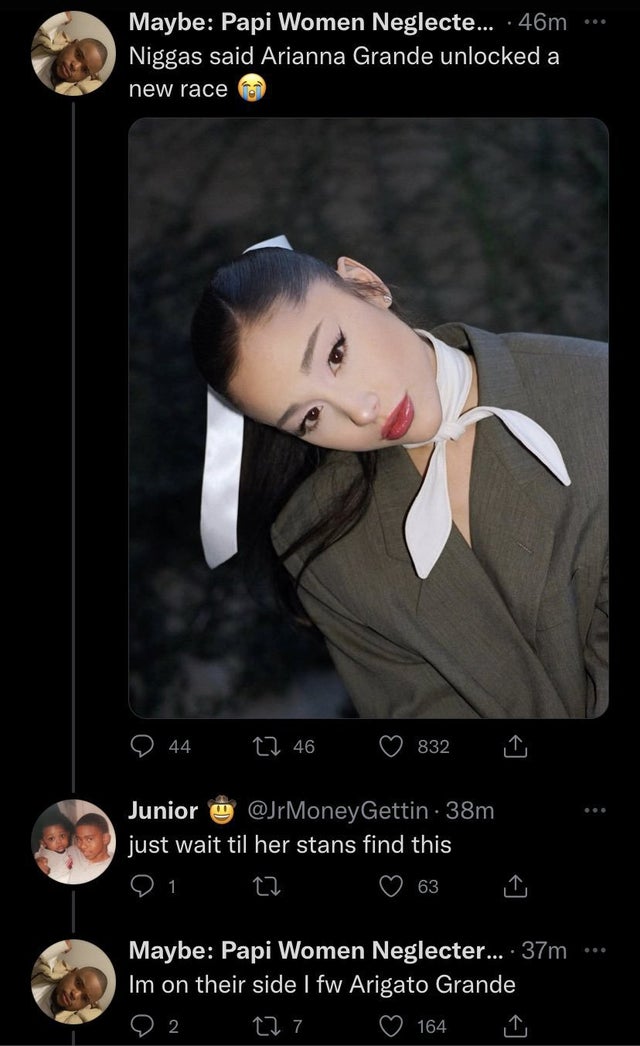