Posted by Zainab Pervez in Fails On 12th June 2022
advertisement

TikTok video shows man poking then licking bluebottle or Portuguese man o’ war jellyfish. The man filmed himself poking, holding and then licking the bluebottle jellyfish, completely unaware it could kill him. The man then screams and runs away claiming he was stung inside his mouth.

A man has filmed himself poking, holding and then licking a mysterious “slimy” creature that had washed ashore - completely oblivious to the fact that it could kill him. 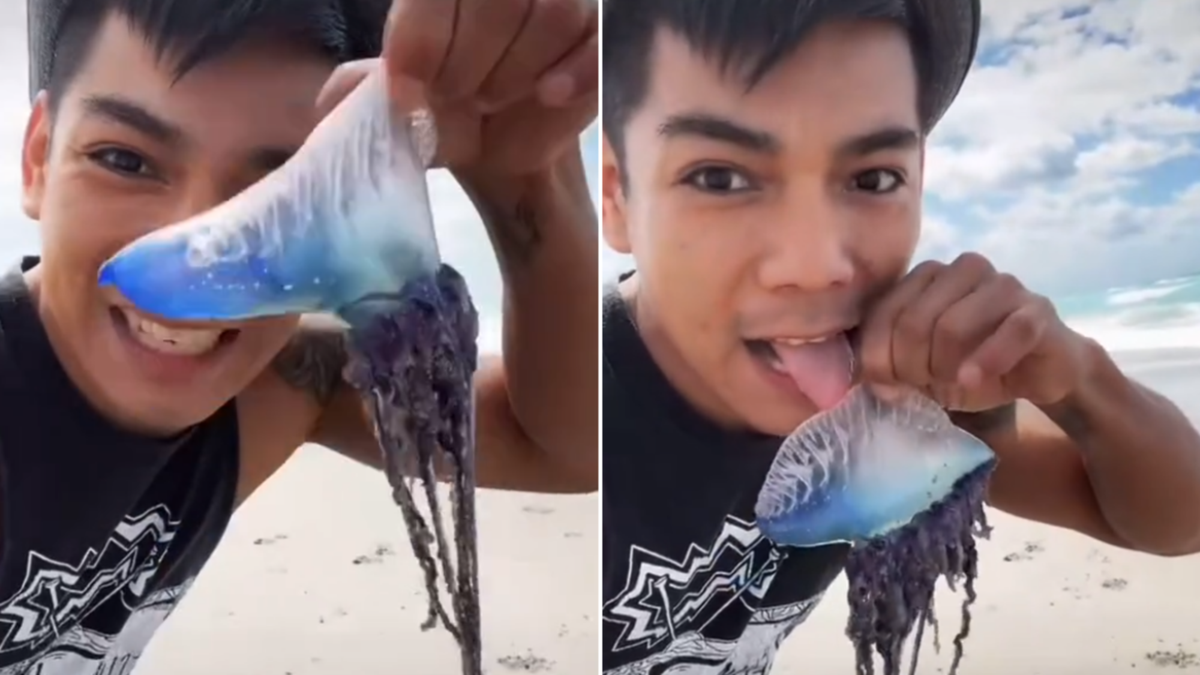 The TikTok user, alexa_reed2, appeared blissfully unaware that what he was holding was purportedly a bluebottle jellyfish, also known as a Portuguese man o’ war or “floating terror” appearing to be at a beach in Texas.

Alexa Reed, shared the clip of his encounter with the creature which had washed up on a shore. Poking it with his bare finger, he tells viewers: "Hey guys I'm at the beach, and look what this is." 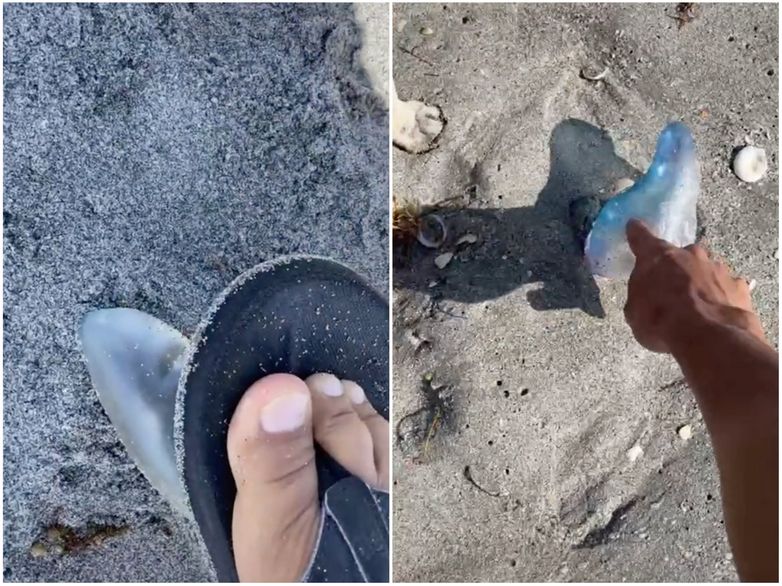 He appears in the footage picking up the jellyfish and saying:

He then touches the body of the creature with his tongue, jokingly exclaiming: "Ah it stung me, anybody want to pee in my mouth? I got stung by a jellyfish." 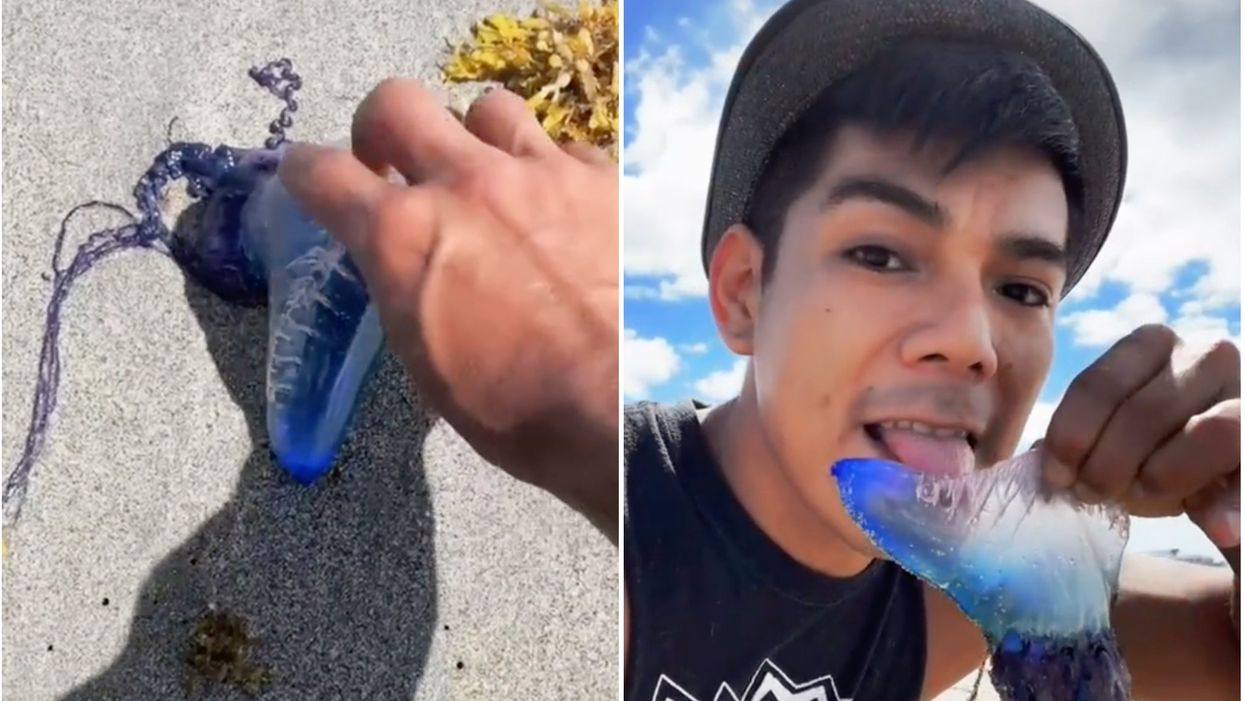 Shockingly Reed then says: "Let's do it again," before licking the animal for a second time.

The jellyfish-like siphomore is also known as a “floating terror” for its explosive stinging cells and poisonous venom, which can cause serious illness or even death. The animal is particularly prevalent in Australia, where it is responsible for an average of 10,000 human stings each summer. 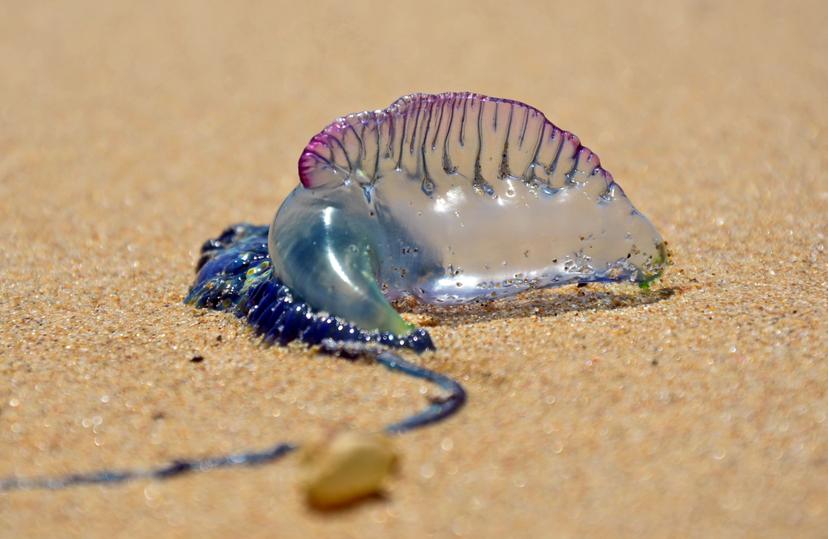 This usually causes severe pain, and occasionally the venom can travel to the lymph nodes causing airways blockage, inability to breathe, and cardiac arrest.

It is also possible to cause fever and shock, and in some cases, a sting may even result in death.

Horrified viewers swiftly informed Reed of how foolish he had been.

“My man’s just picked up the deadliest jellyfish with no hesitation,” one fellow TickToker commented.

“He obviously didn’t see the ‘TOP 10 MOST DANGEROUS ANIMALS IN THE WORLD!!’ videos,” wrote another. 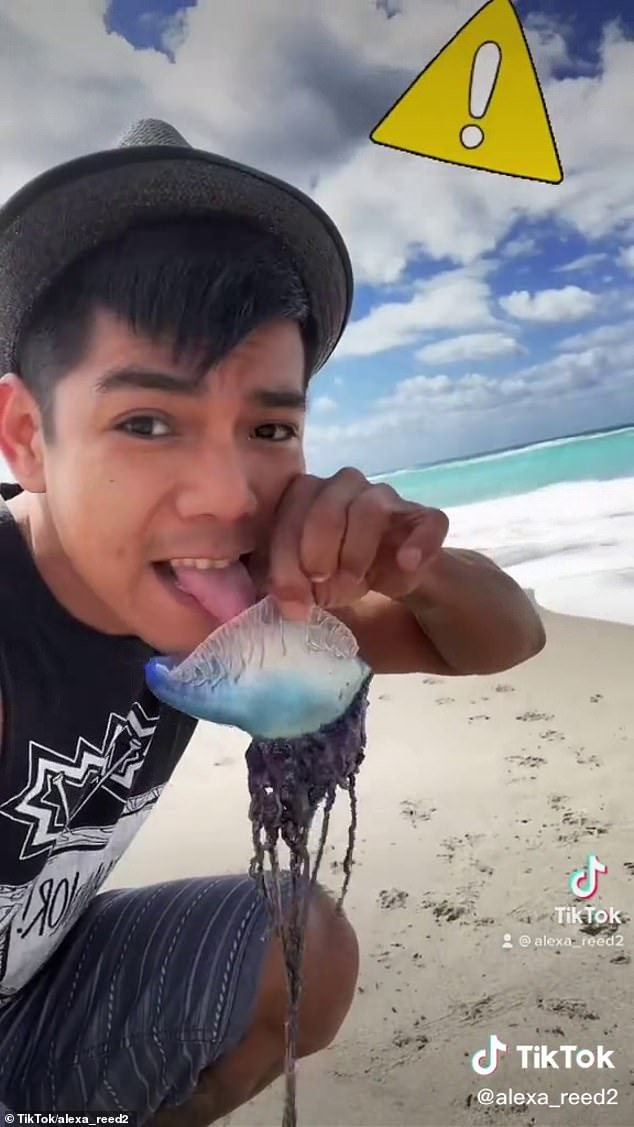 “That’s a Man o’war. They are 10x more dangerous than a jellyfish,” a third pointed out.

“This guy’s playing with his life right now,” a fourth observed.

TikTok has added an alert across the video, which reads: "The action in this video could result in serious injury" and removed it.

Those who are stung are encouraged to place the area in hot water and remove any leftover stingers. 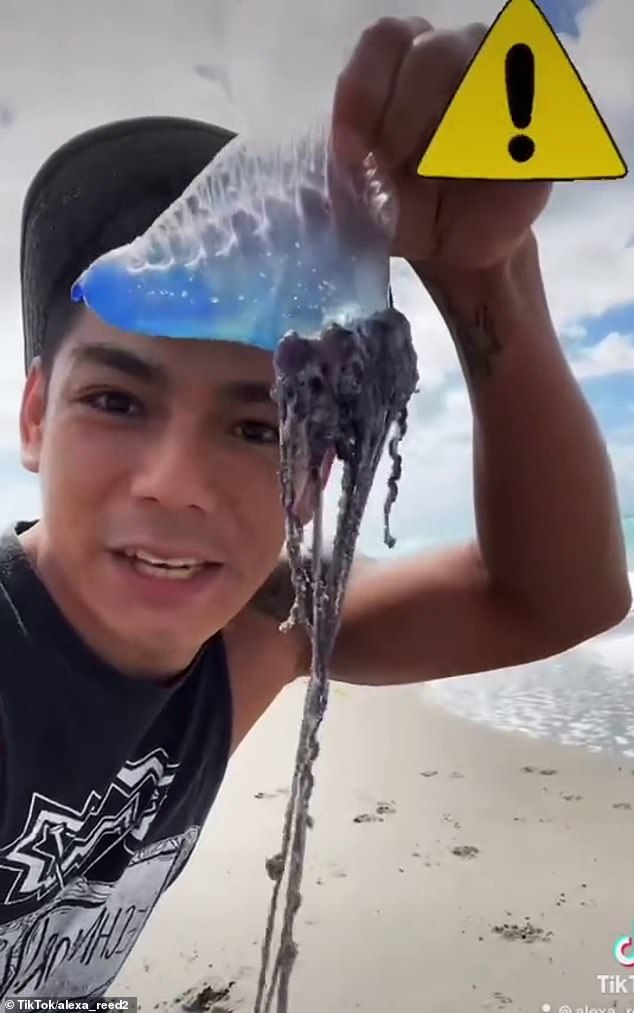 The man's video isn't the first unusual TikTok he has shared, with his profile flooded with other bizarre clips including one of him eating a cockroach and the head of a dead chicken.

He's also seen holding exotic animals and in one terrifying shot a spider crawls out of his mouth.

The first showed him finding “another jellyfish” on the beach, which he then stepped on to make it “pop”, while the second featured him giggling and prodding another venomous creature.

A man walking his dogs in the background can be heard telling him that such actions will “put you in the hospital.”

But Reed responded by laughing, asking: “This one?” before poking it again and delightedly exclaiming: “It’s so slimy!”

Apparently it doesn’t matter how many thousands of warnings some people get – they just don’t want to learn their lesson.