Tiktoker Shuts Down Karen Who Allegedly Pushed Him Off Skateboard

A TikToker from Houston was applauded for the way in which he shut down a Karen when she allegedly pushed him off his skateboard. 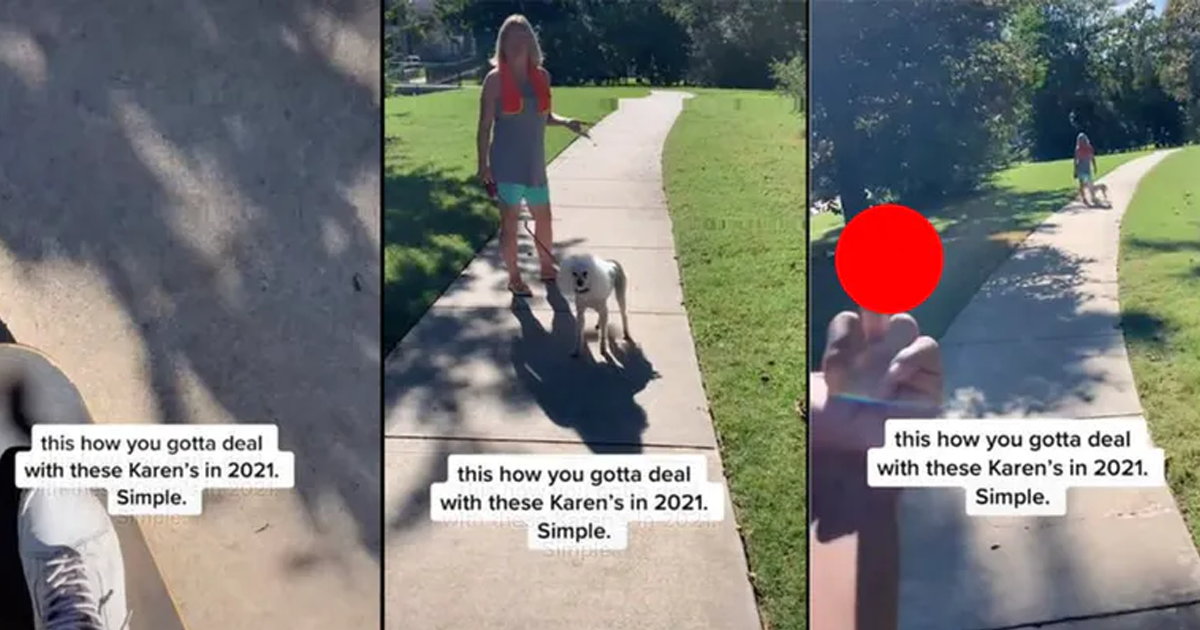 A hip-hop producer, TikToker and skateboarder from Houston was out and about having a good day when he encountered a Karen.

@memphisbluu claims that the Karen had pushed him off his skateboard as he was trying to round a corner of his apartment complex. 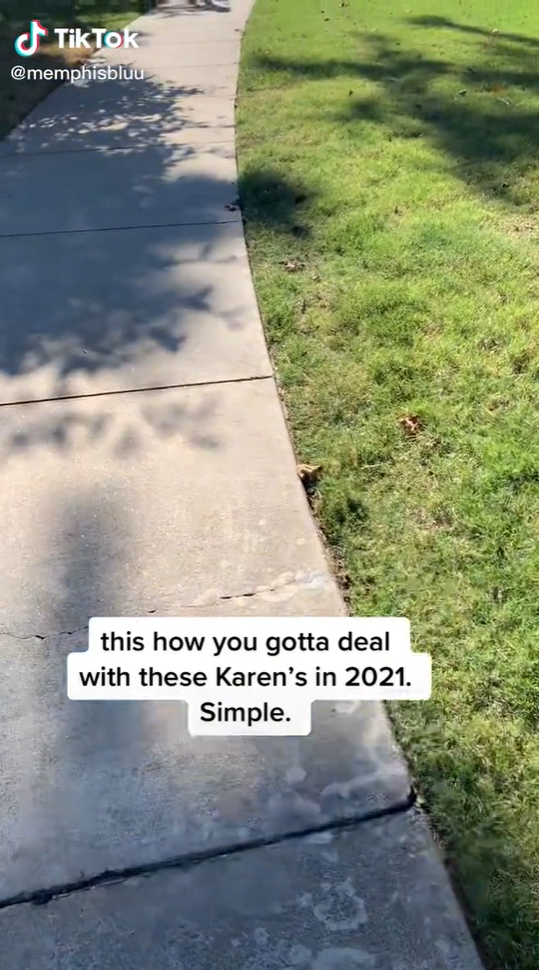 He gives further context in a comment saying, “before I started recording, she tried to stand in front of me to block my path, and when I got past her, she pushed me off my board.”

He said that the woman objected to his skateboarding saying that he wasn’t allowed to skate on the sidewalk and that he didn’t live in the apartment complex. 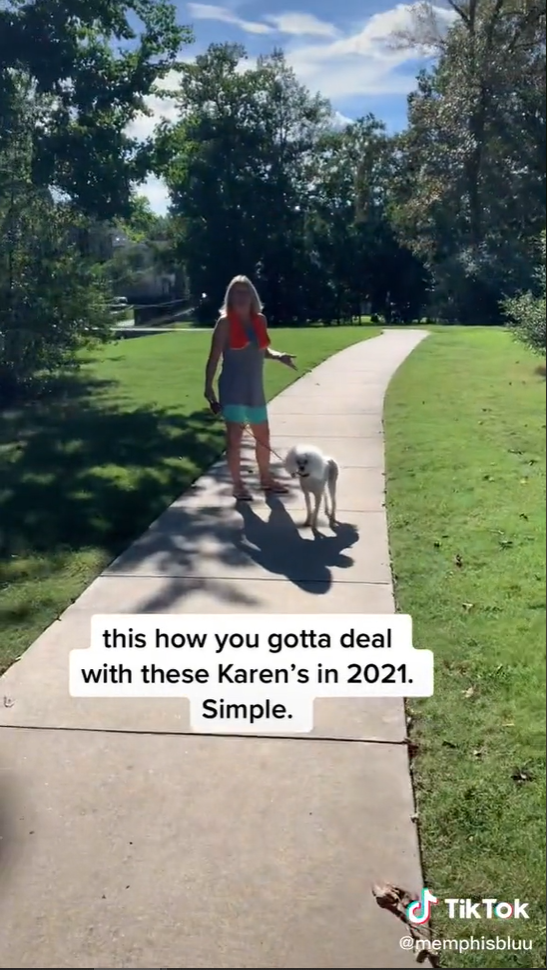 The video starts with them talking about the lease agreement which was the woman's way of confirming whether he lived in the apartment complex. 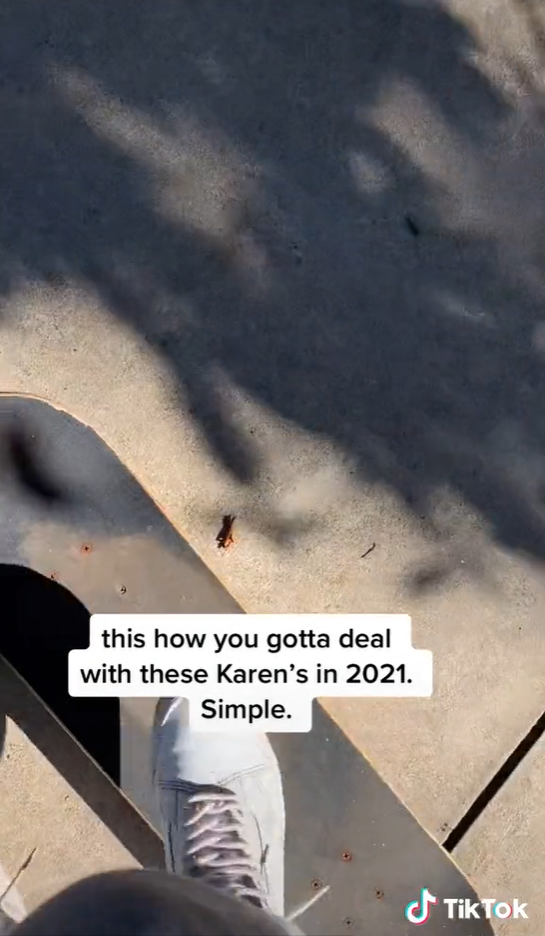 After saying that she didn’t know he had a lease agreement, he retorts, “Exactly, you don’t f*cking know. So, mind your f*cking business, b*tch! Go sit the f*ck down!”

She doesn’t back down at this point and continues to tell him he cant rise his skateboard. At this point, he cuts her off and says, “Well, guess what the f*ck I’m gonna do? I’m gonna step on this b*tch and I’m gonna ride this muthafucka!”

He then wheels away brandishing a middle finger and saying, “Suck my d*ck.” 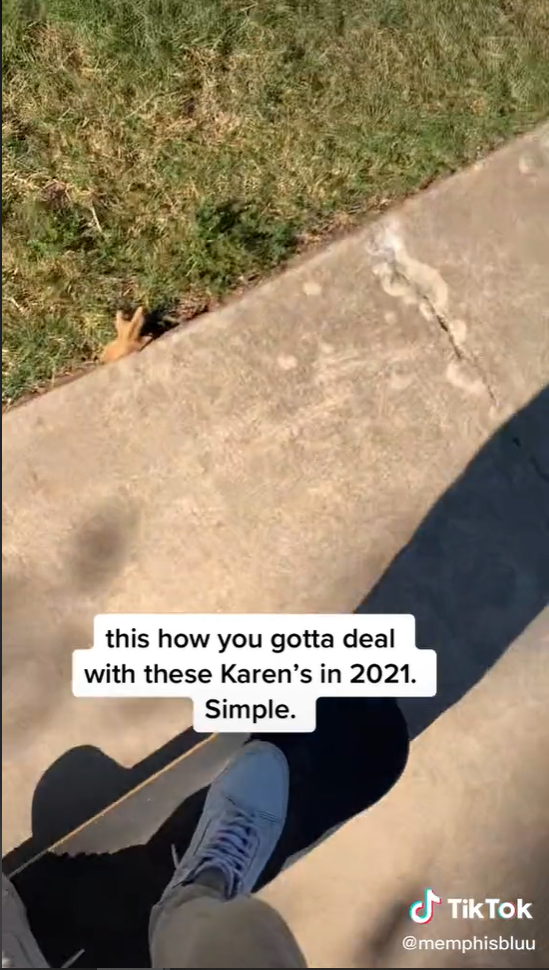 The caption to the video says, “This is how you gotta deal with these Karens in 2021. Simple.”

In a later interview, he revealed that he thought that her actions were racially motivated.

He further added, “I was skating and see jumped out in front of me to try to block my path. And when I got past her, she pushed me over. She felt really bold to push a stranger because she probably felt if I put my hands on her, it would have been a wrap for me because I’m Black. They’re gonna believe whatever she says regardless.”

Commenters however loved the way he handled the situation instead.