Posted by Sumaiya Ghani in Relationships On 27th February 2021
ADVERTISEMENT

Emely posted a video of herself printing off a huge pile of messages and pictures and then super-gluing them to gave her boyfriend some new wallpaper. She covered his entire bedroom wall with the exchanges he’d apparently had with the other women and then blocked and ghosted him. 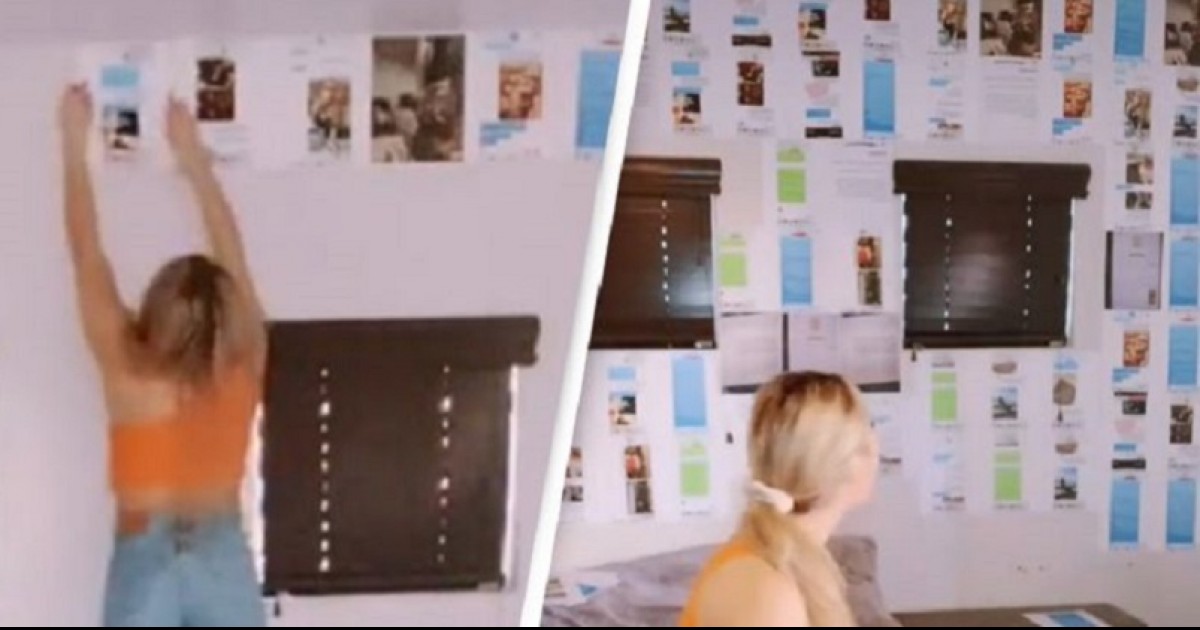 Before this one, almost all the videos of TikToker Emely were with her boyfriend who looked like he was deeply in love with Emely. Now according to her latest video, the guy was cheating with her with ‘not one, not two, but three lovely ladies.' 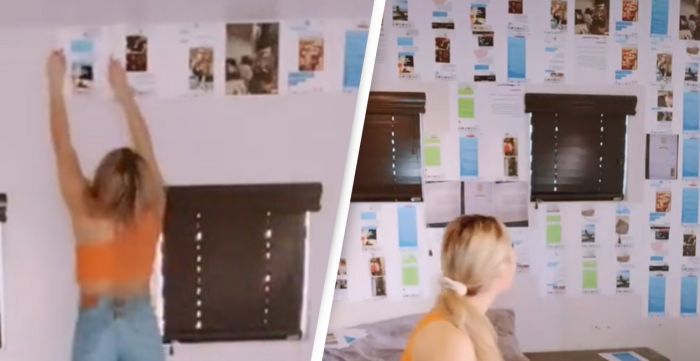 The furious and heartbroken Emey decided to take revenge

She came up with an extraordinary way to take revenge on her cheating boyfriend. The woman managed to gather the evidence and recorded an entire video to keep her followers updated.

In the now-viral TikTok video, she explained that her partner had ‘consistently’ told she was 'crazy and paranoid’ for thinking he was being unfaithful, so she decided to confront him with the evidence so he couldn’t ‘gaslight his way out of it.’

It's time to take notice ladies as Emely reveals her mastermind plan:

First of all, she printed off a huge pile of messages and pictures, then she picked up some glue, super glue spray to be more precise, and gave her boyfriend some new wallpaper. She covered his entire bedroom wall with the exchanges he’d apparently had with the other women.

Before pasting the evidence, she had blurred out the ‘faces, phone numbers and naughty parts’ included in the evidence, explaining that it took 'about two hours to superglue all of the proof to his wall, but [she] definitely thought it was worth it.’

The girl called the wallpaper a ‘masterpiece’ which she was sure her boyfriend was ‘going to love’.

She added: ‘I also made sure to get his mirror, because he probably won’t be able to look at himself after this. Now any girl who comes over will know he’s a cheater.’

She even made follow-up videos to clear her followers' confusion

Emely made another video to clear the confusion. She told TikTok users that she started noticing the guy's weird behavior after he asked her to block his ex-girlfriend on social media, claiming his ex was ‘crazy’ and would try to ‘sabotage’ their relationship.

The truth was the opposite, her boyfriend was 'trying to get her back the whole time’.

Besides that, she also noticed that her boyfriend would be conscious whenever she would go near his phone and that he would turn his location off and ignore her calls when she questioned his whereabouts.

Emely asked herself whether she wants to see her boyfriend's reaction but then decided to not be there.

"The reason for that is because he cheated before and manipulated his way out of it, so I didn’t want to give him chance to do it again. Instead, I told him I had a surprise for him, set up balloons, set up signs on the way to his room, then I told him to text me when he was on his way."

"When he text me he was on his way, I blocked him and ghosted him."

After seeing the wallpaper, the guy voice messaged her where rather than apologizing her continued denying the truth.

Some of her followers think she shouldn't have wasted her energy while others praised her for taking action.