TikToker’s Neighbour Points A Security Camera Right Into Her House

Posted by in Bizarre On 3rd September 2021
ADVERTISEMENT

A woman posted a video to TikTok where a neighbour’s camera pointed directly into her home. Commenters urged to somehow cover its view or even to call the police. 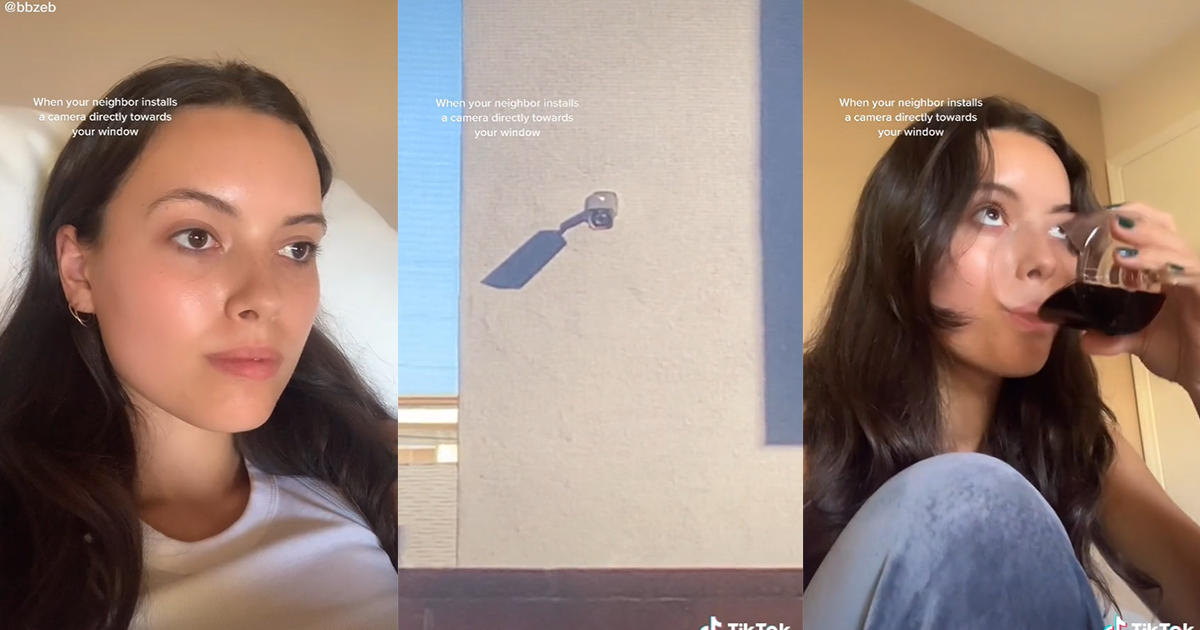 @bbzeb is a TikToker who was astonished to find that a neighbour had rather brazenly directed the view of the camera to look directly into her home.

She posted the video which showed the direction of the camera along with the caption, “When your neighbour installs a camera directly toward your window,” 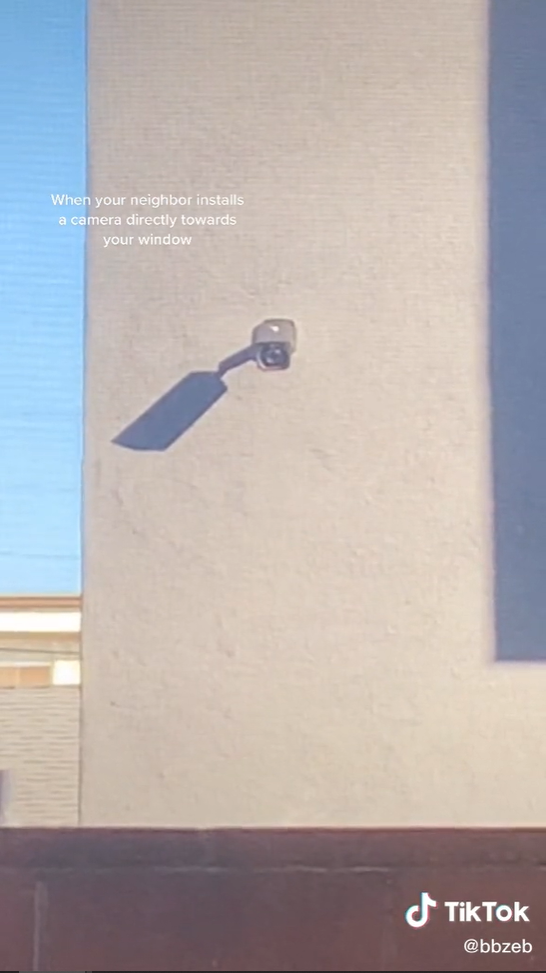 Commenters that were looking out for her safety immediately let her know of her rights and pointed out that not only was he morally wrong, what he was doing was also illegal. 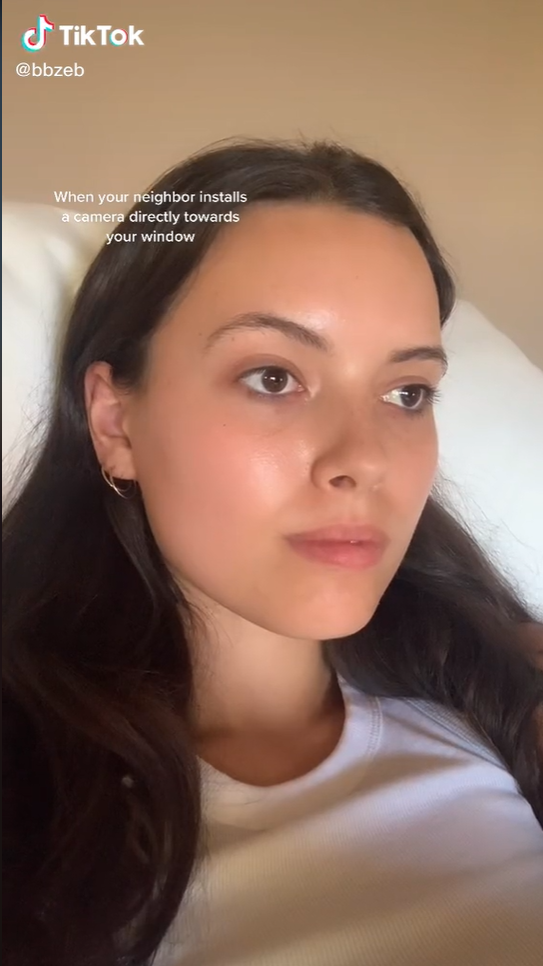 Some commenters also urged her to get in touch with the police regarding the invasion of her privacy. 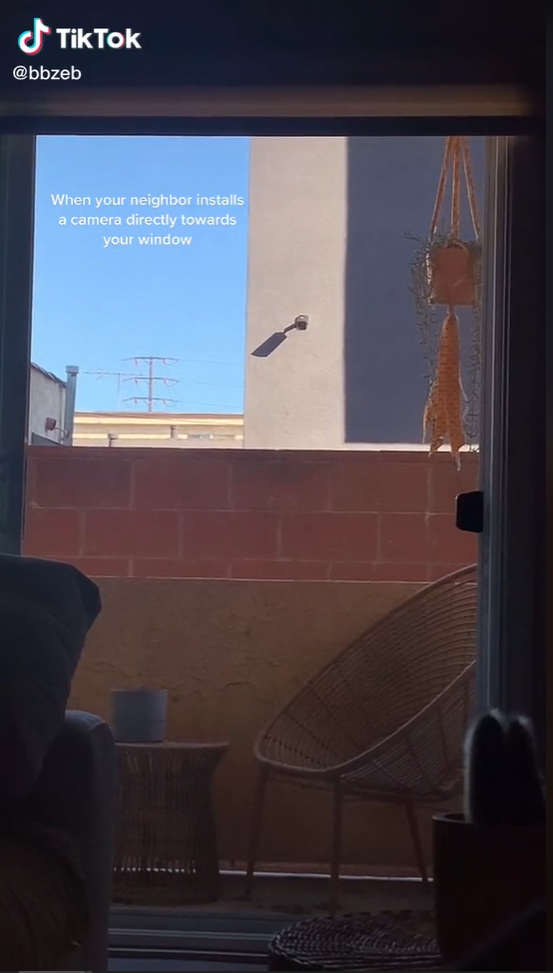 While laws with regard to security cameras and their coverage vary by state, there are many grey areas that allow behaviour like this to slip under the radar. 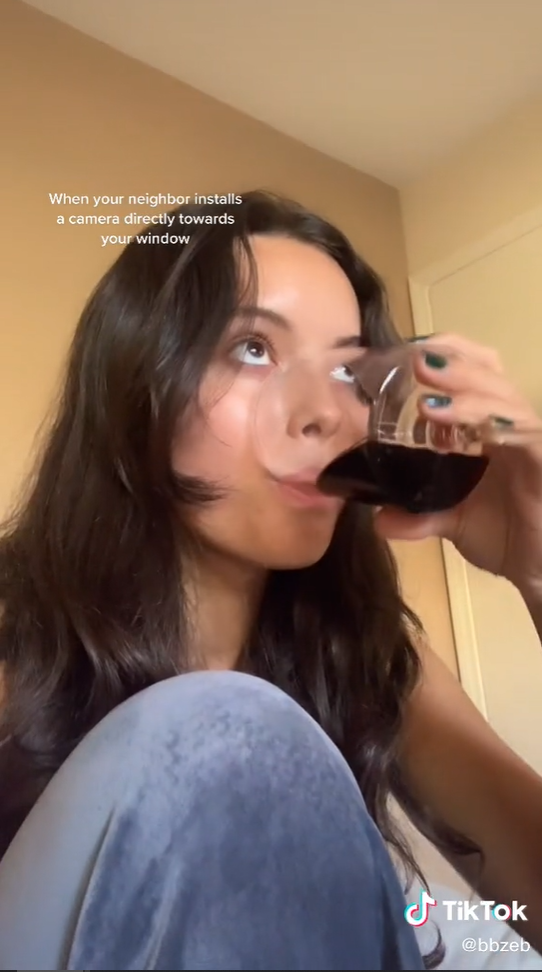 Security cameras can point towards other homes if they’re covering broad areas and don’t infringe on the privacy of others.

This user had a bit of a creative way of getting to change the camera's direction.

Luckily some users kept their heads on their shoulders and urged her not to do anything that might get her into trouble.