Posted by Annie N. in Relationships On 6th December 2021
advertisement

A TikToker on a Tinder date was shocked to realise that he was not as single as he made it seem as she stumbled upon his girlfriend’s stuff in the apartment raging from cosmetics to pregnancy tests. 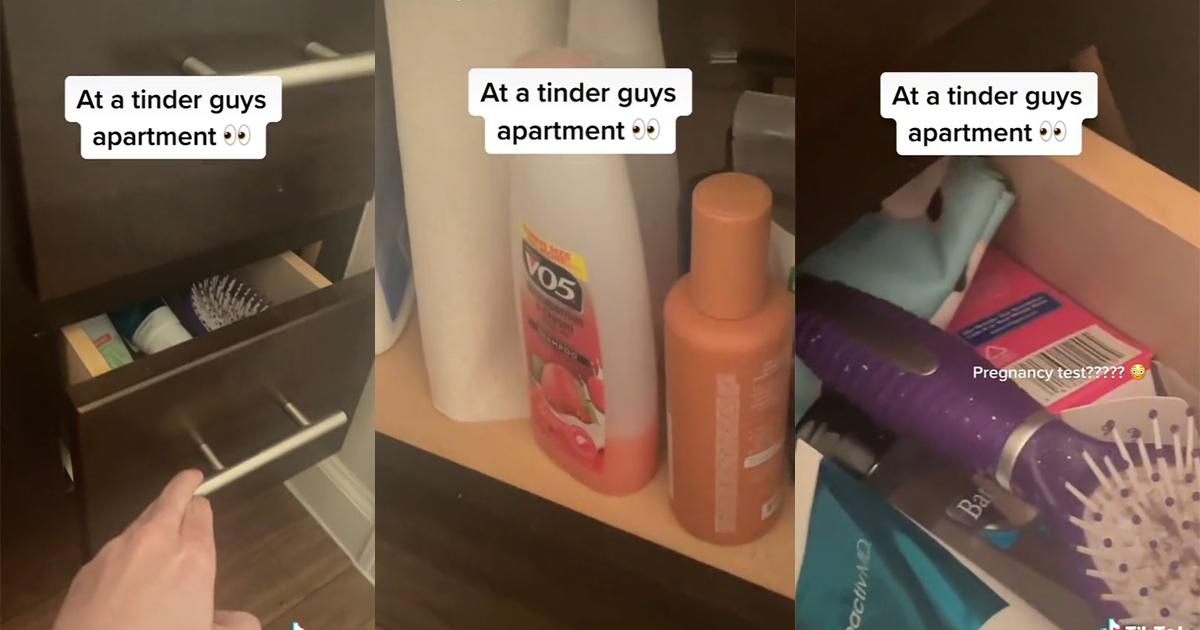 There’s nothing more exciting than meeting someone new. While there is a lot you don’t know about the person, learning their little quirks can be one of the cuter parts of dating.

This TikToker however found something out about her date that wasn’t quite as cute. Turns out he wasn’t as single as he claimed. 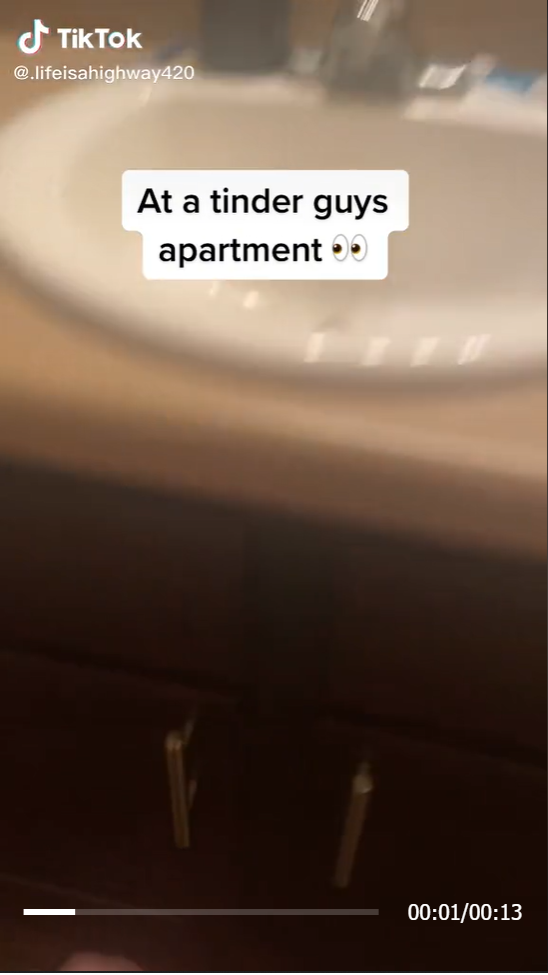 Elle recorded herself in his apartment opening a cabinet containing a large array of feminine products and was taken aback by their presence. 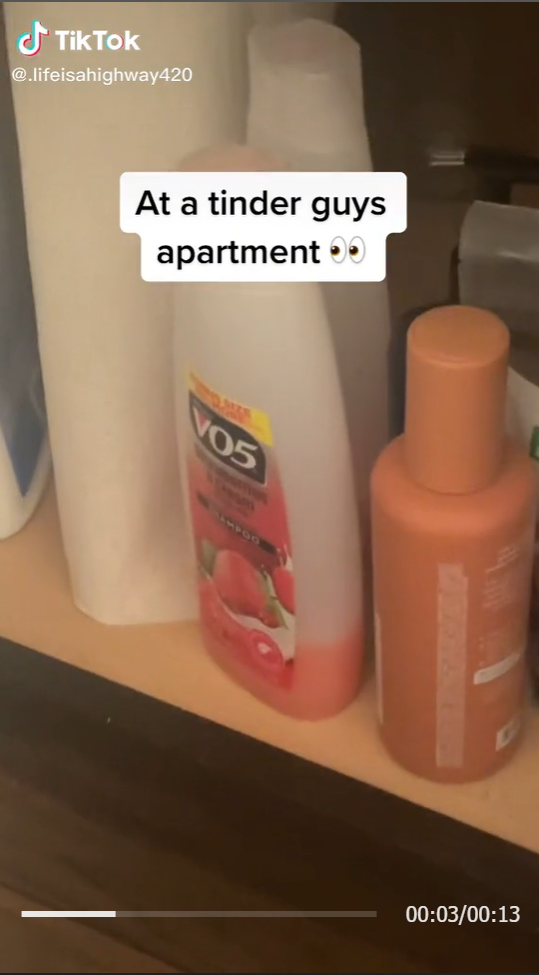 The products seemed to have seen some use indicating that a female definitely lived there. 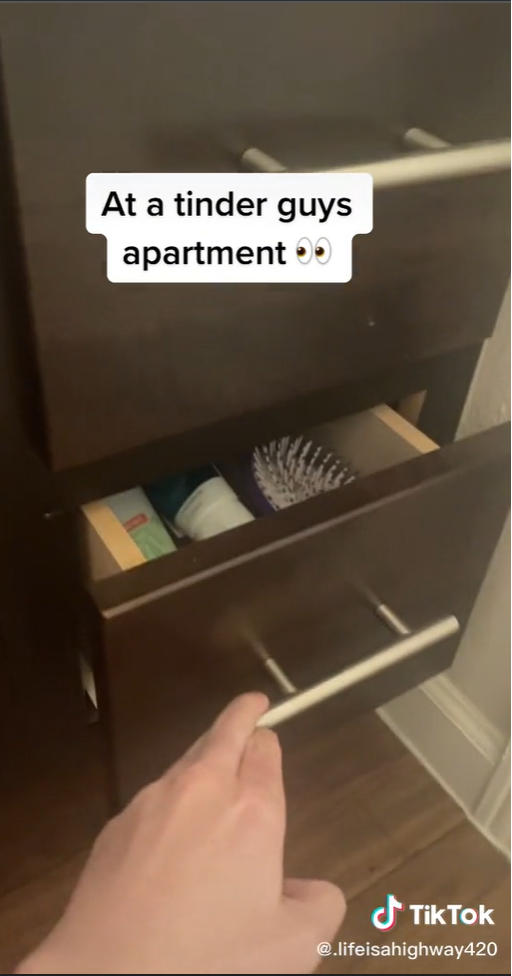 The kicker among the findings was not the V05 shampoo but rather the box of pregnancy tests which tells you one thing about the guy and it’s just a massive old red flag. 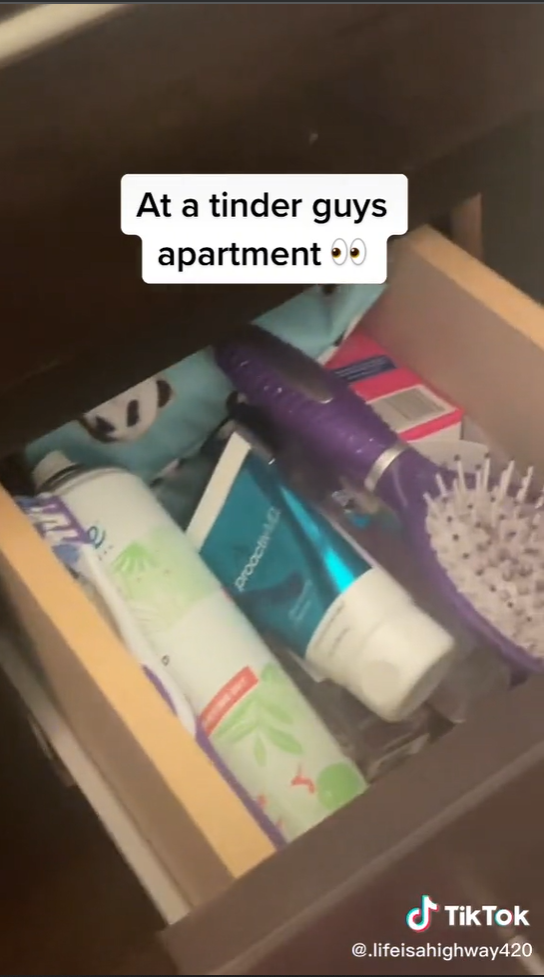 “Uhmmm what should I do?”, asked Elle in the caption. 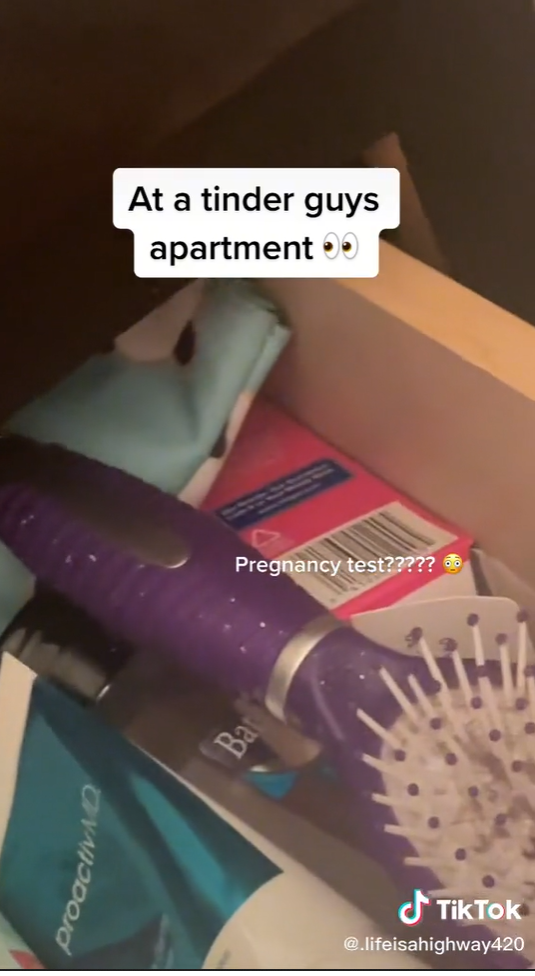 This is when people told her to get out of there but not before leaving a note revealing his cheating to the girlfriend.

Some commenters called her out for snooping through someone else's stuff

Others defended her saying that this is exactly why she needed to look in the first place.

Luckily, we got an update and it was a doozy.

The guy had a girlfriend of 7 months that he was cheating on. Elle had managed to find this information out through a mutual friend.

The info quickly reached the girlfriend who promptly broke up with him.