Posted by Sama in Bizarre On 4th March 2021
ADVERTISEMENT

A South African trophy hunter got under fire over her Valentine's day picture where she posed with a giraffe's heart which was supposedly a gift from her husband. Instead of being guilty, Merwe responded to the critics saying that she has been hunting since the age of 17 pointing that she has 'no respect' for animal rights groups, and labeled it to be a mafia. 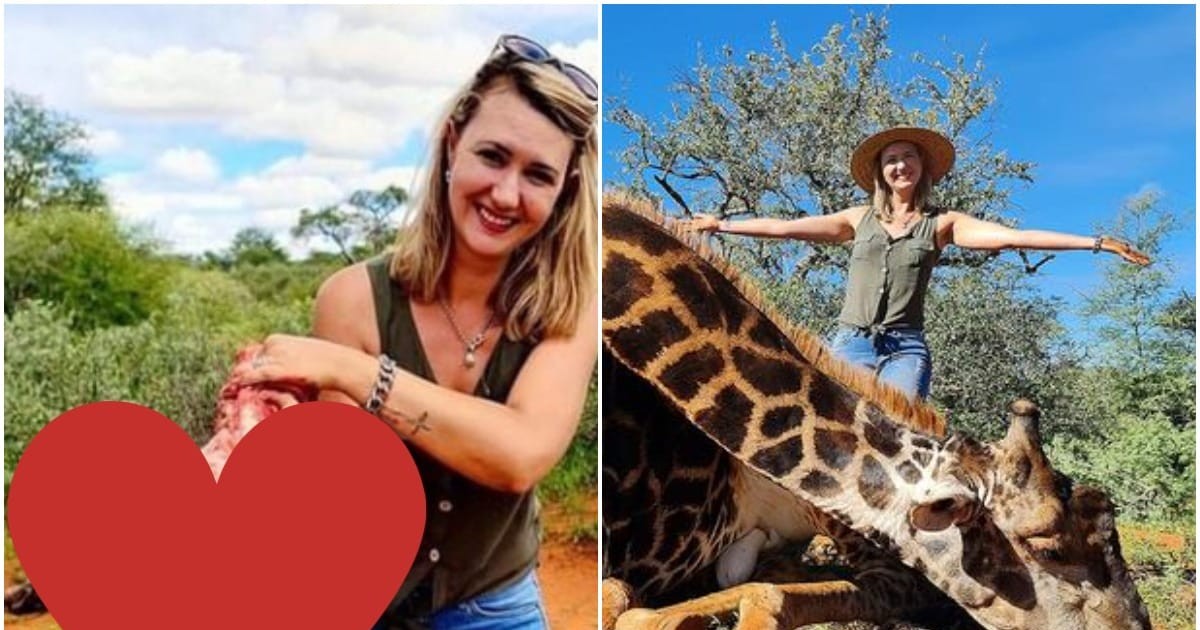 This trophy hunter is defending her husband's valentine gift for her which was the chance for a $2000 worth shooting of a giraffe and posing with its heart on Valentine's day.

Internet was left shocked when Merelize Van Der Merwe, from South Africa, posed with the animal's heart proudly on social media. People were left further speechless after they realized that Merwe shot the animal and cut its heart out. 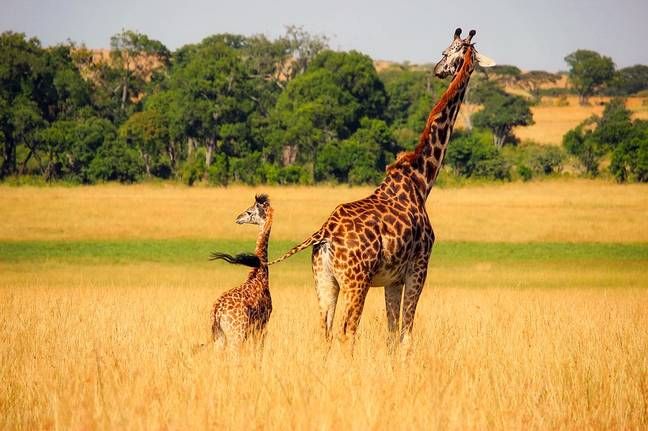 Thanking her husband for the opportunity, she posted the picture and captioned it: ‘Ever wondered how big a giraffe’s heart is? I’m absolutely over the moon with my BIG Valentine present!!!’

Not least affected by the criticism coming her way, Merwe in an interview with The Mirror said she has ‘no respect’ for animal rights groups, which she referred to as the mafia. 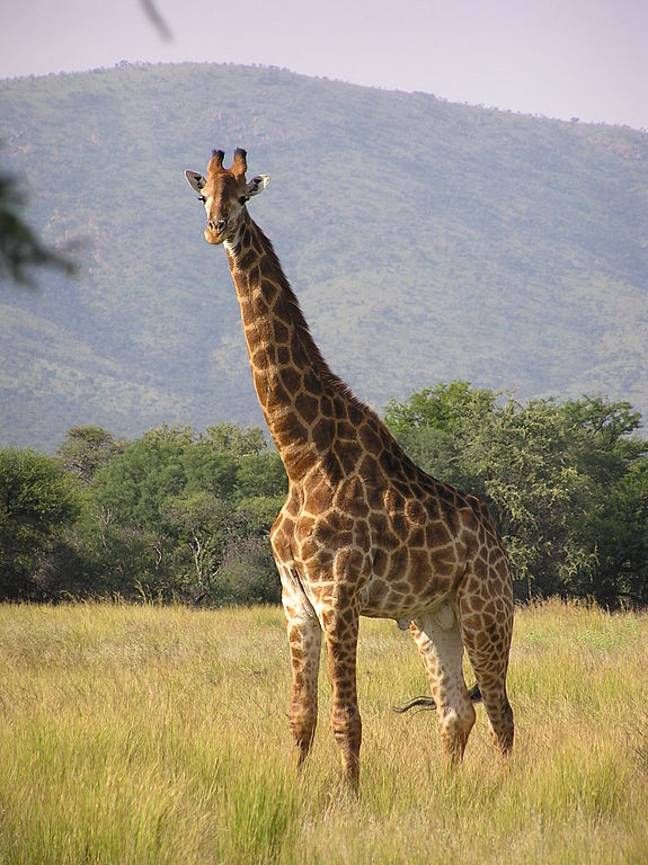 The mom also boasted that she has been hunting since the age of 5 and that she has killed more than 500 animals so far including lions, leopards, and elephants. Merwe also says that she posted that picture on Valentine's day to mock the animal rights lobby.

“I have no respect for them – I call them the mafia,” referring to the animal rights group."

With no remorse, Merwe shared how her husband made the grand plan for her childhood dream.

The couple had been planning Valentine’s trip to the resort of Sun City when a pal called her to say a kill she coveted had been spotted in a game park.

“I’d waited years for my own perfect bull – the older a bull gets the darker he gets,” she said. “I love the skin and the fact it’s such an iconic animal for Africa.

“Our plans changed quickly. My wonderful husband Gerhardt knew this was my dream. I was like a child for two weeks, counting the days. Afterward I was flooded with emotions.” 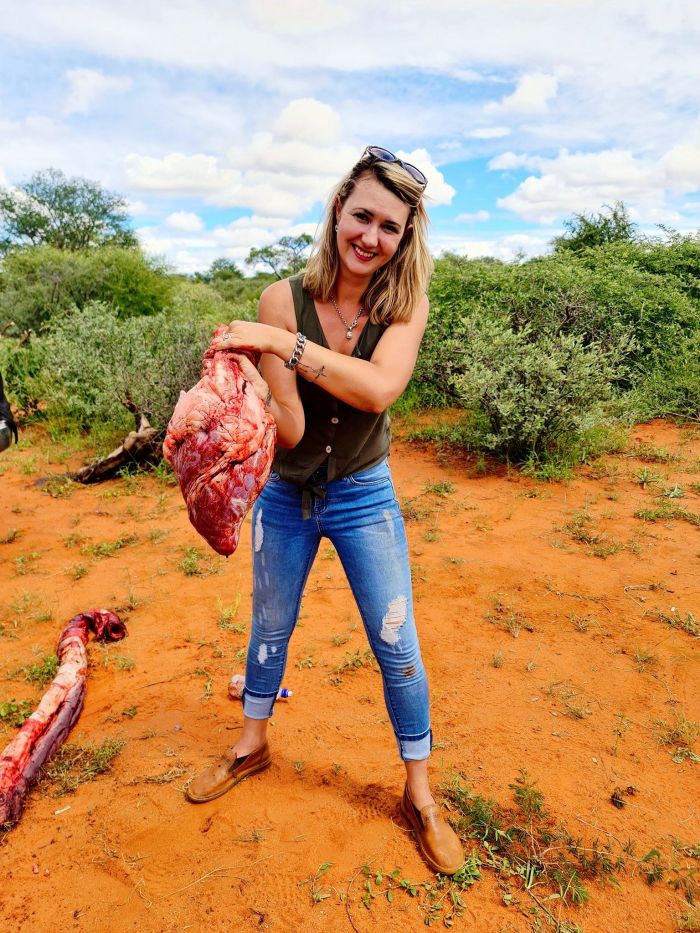 According to Merwe, she has been hunting since a young age, ‘created work for 11 people that day’ and provided ‘meat for the locals’.

As she says that putting a ban on hunting would make animals worthless and the move might as well lead them to extinction.

‘Hunting has helped bring back a lot of species from the brink of extinction,’ she claimed, referring to the belief that hunters generate income for conservation efforts. 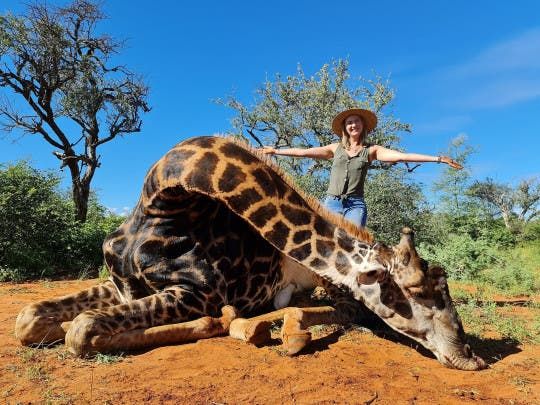 However, Merwe has not only been criticized for her valentine's picture but her claims are also strongly refuted by many animal rights organizations like Born Free who made it a point that hunting does not support conservation or local communities.

It added: 'Businesses breed animals specifically for hunting ‘to the detriment of the wider environment.’ 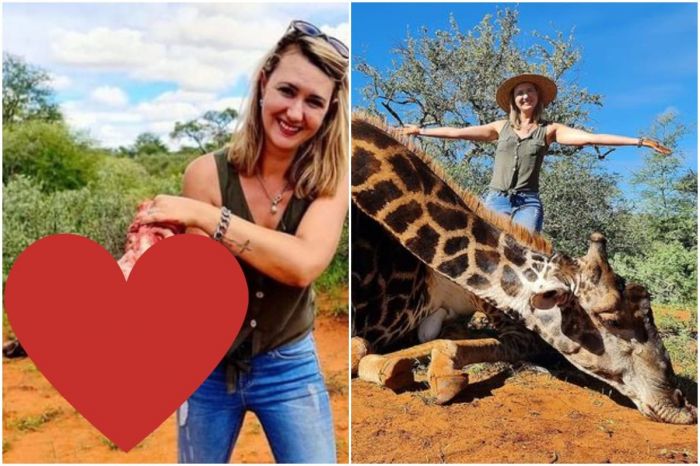 Born Free further added: ‘Trophy hunting is a cruel throwback to a colonial past, and the targeting of particular animals (usually those with the most impressive traits such as the biggest tusks or the darkest manes) disrupts animal societies and has knock-on effects for populations and ecosystems that we are only just beginning to understand.’ 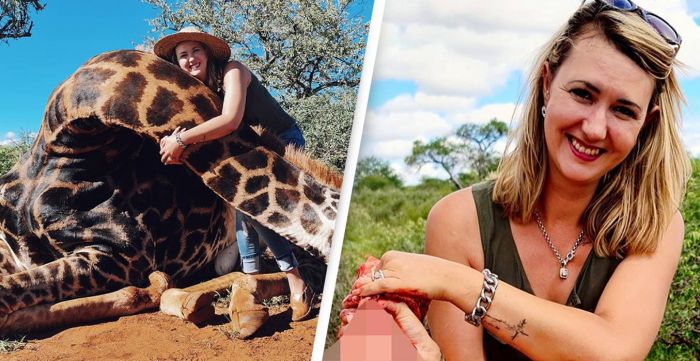