Truly Amazing Natural Wonders That Everyone Should Experience

People say that there are only 7 wonders of the world but I beg to differ. There are many more natural wonders to be found all over the world. After you are done viewing these beautiful places you will agree. 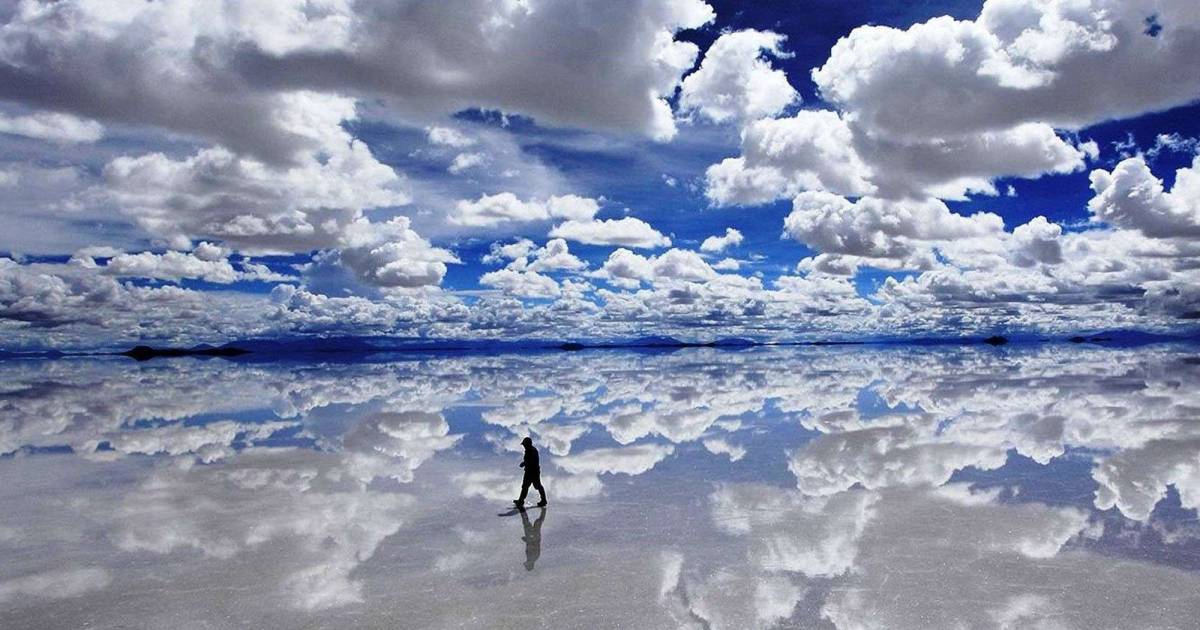 The Dead Sea is a well-known salt lake situated between Israel, Jordan, and Palestine. It's noted as not only being the deepest salt lake in the world but also the lowest land elevation on earth. The water is 10x saltier than ocean water making it especially inhospitable to animal and plant life hence the name "Dead Sea."

The sea is a source of many cosmetic and herbal ingredients which are found in the minerals of the water. The water is so dense that you float when you are in the water instead of sinking. 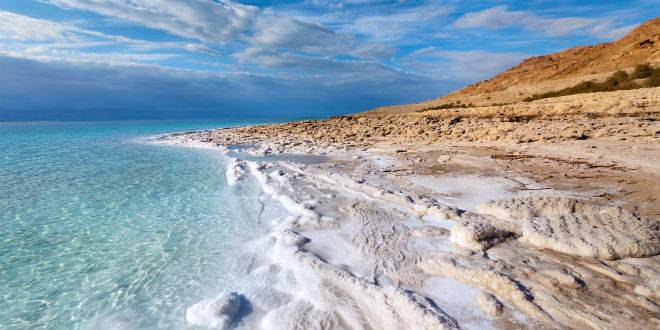 If trees are not your think the park is also home to hundreds of species of wildlife and also home to Mount Whitney which is the highest point in the lower 48 states. 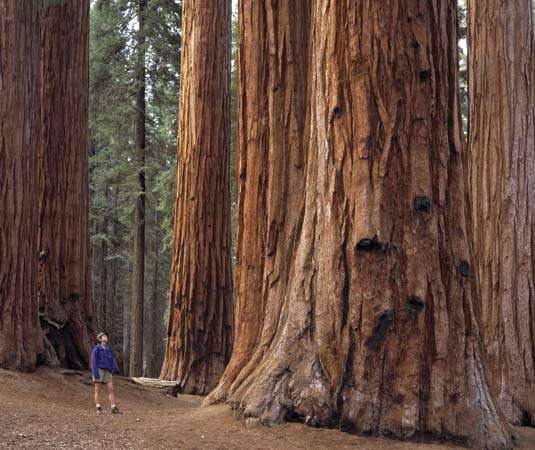 Niagara Falls is a system of 3 waterfalls that ride the border between Canada and America separating New York state from Ontario. The 3 falls are The American Falls, which rest entirely in the United States, the Bridal Veil Falls which are also located in the US and the Horseshoe Falls which straddles the border of the two countries.

These natural wonders are fed by the Niagara River that allows Lake Erie to drain into Lake Ontario. The falls have the highest flow rate of any waterfall in the northern portion of the western hemisphere with over 6 million cubic feet of water flowing over the edge each minute. 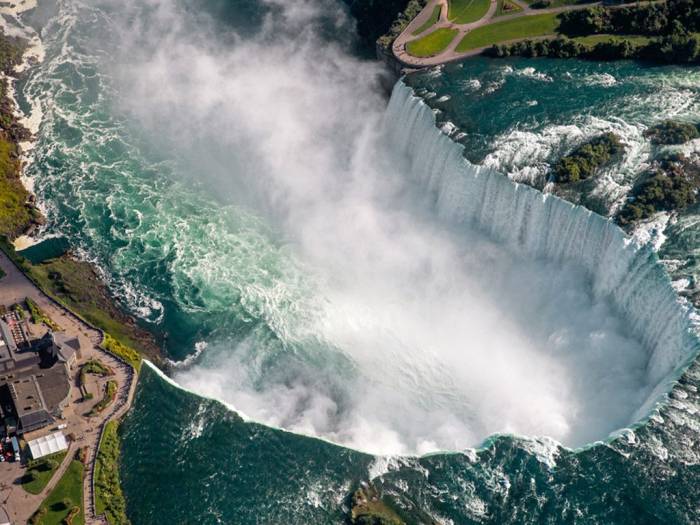 #4 The Cliffs of Moher, Ireland

These beautiful cliffs can be found on the southwestern edge of County Clare in Ireland. They are among the top 5 most visited sites in all of Ireland and for good reason. It's rare that you will a more stunning view anywhere in the world. 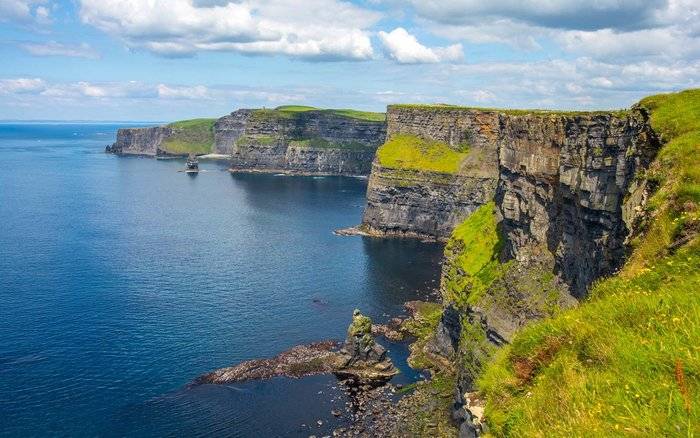 Mount Bromo is found in East Java, Indonesia. It is actually a particularly active volcano. The volcano belongs to the Tengger massif and while it is not the highest point it is by far the most well know, widely visited portion of the Bromo Tengger Semeru Nation Park. The volcano itself is nestled in the middle of a nature reserve called the" Sea of Sand." The most amazing views of the volcano can be seen from the Mount Penanjakan viewpoint which can be reached in about 2 hours on one of the local jeep tours. 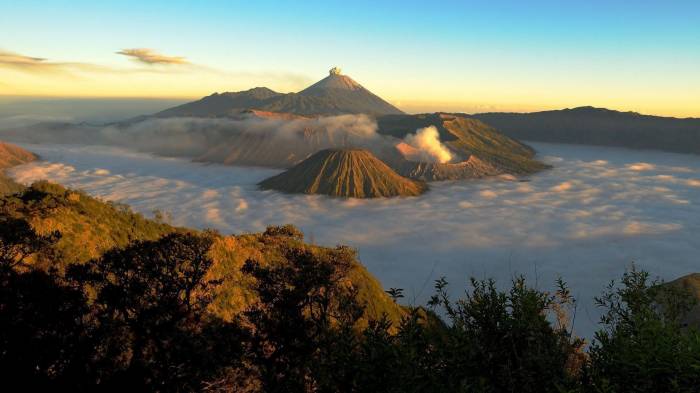 Spencer Lake was once known as Pink Lake. It's a salt lake located in Western Australia that up until around 2007 was a bright pink color. The color was caused by the algae and bacteria located in the lake. Once the water reached a certain salinity, the algae would begin to create a red pigment which gave the lake it's color.

Because of construction on a railway and a highway, the flow of water to the lake was disrupted, causing the lake to lose salinity and in turn lose its claim to fame, pink color. Local government is working on way to increase the salinity of the water again to restore the lake to the great tourist attraction it once was. 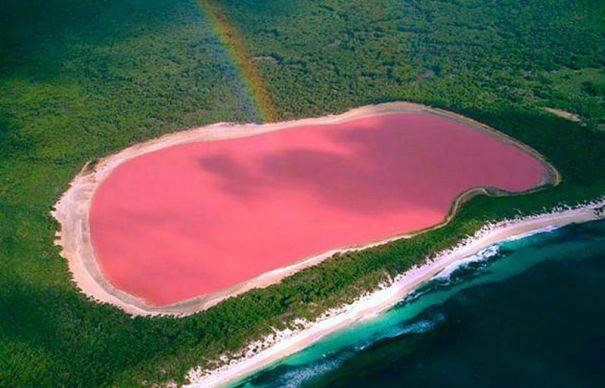 Located in southwestern Bolivia, Salar de Uyuni is the biggest salt flat in the world. The who flat never experiences an elevation difference of more than 1 meter. The ground is covered in salt and a brine pool rich in lithium. In fact, over half of the world's lithium is found here. Water that pools here is so reflective that it can provide a near perfect mirror image of the sky depending on the angle photographed from. 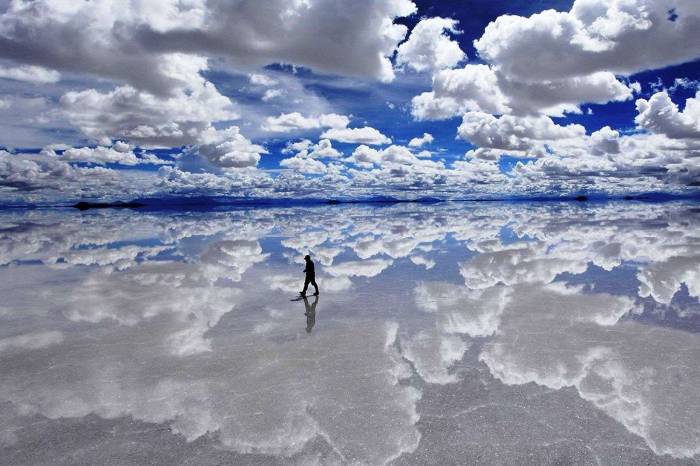 Ha Long Bay is one of the most heavily visited areas in all of Vietnam. With the beautiful limestone formations and small islands of varying shapes and sizes its no wonder that people flock from all over the world to see this stunning location. 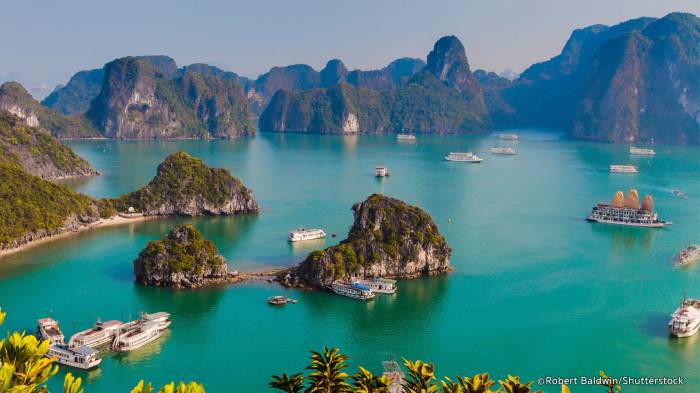