Posted by Sama in News On 30th June 2020
ADVERTISEMENT 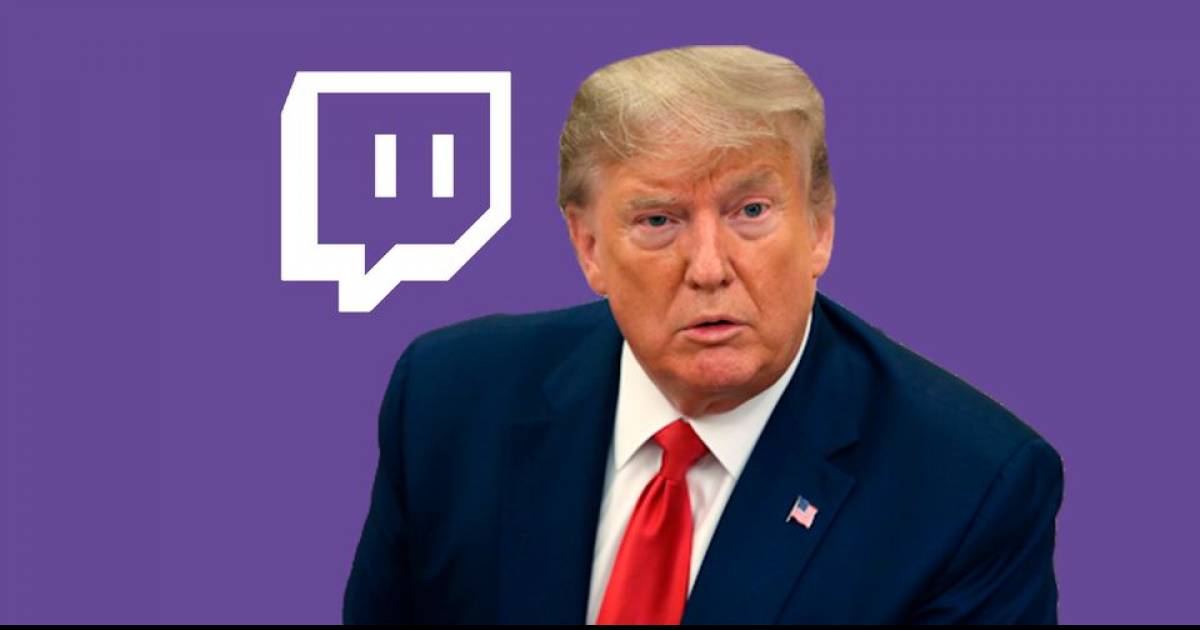 The famous streaming site, Twitch has temporarily suspended Donald Trump's streaming account. The website says that it banned the President's account over "hateful conduct" due to comments the POTUS made on stream.

Even though Twitch has been mostly used by content creators to stream video games, but President Trump is one of the growing numbers of politicians who are taking their campaigns and rallies to Twitch live streaming service. 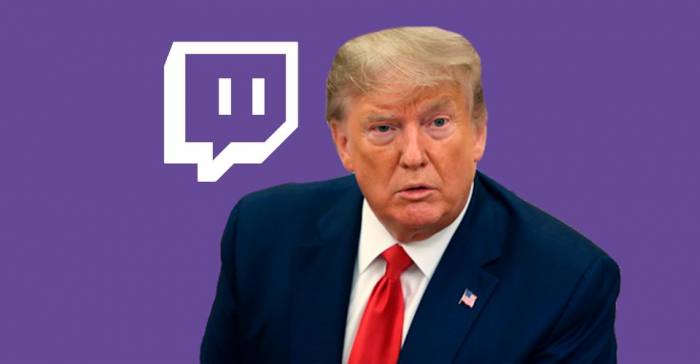 Trump launched his Twitch channel in October 2019 and has more than 120k followers on the site. He gets an average of 10k views per stream under the politics category. 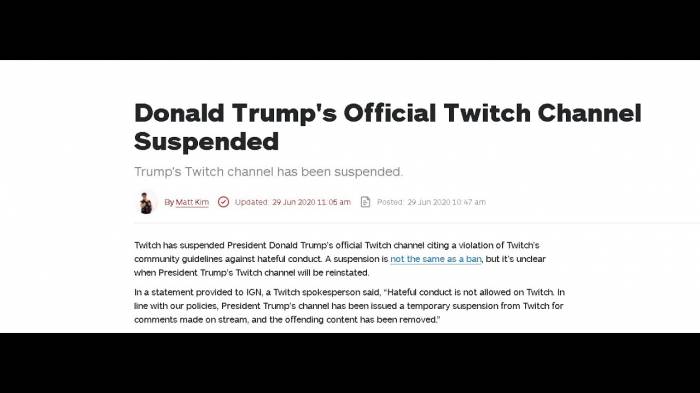 According to StreamerBans, a website that tracks when partnered Twitch streamers are either banned or suspended, Donald Trump's Twitch channel was reported as banned at 12 p.m. EDT on June 29. Shortly after, esports journalist Rod "Slasher" Breslau posted on Twitter to clarifying that Trump was not banned but had been temporarily suspended, but confirmed the news all the same.

A statement was then provided to ScreenRant by a Twitch spokesperson which is as follows: "Hateful conduct is not allowed on Twitch. In line with our policies, President Trump’s channel has been issued a temporary suspension from Twitch for comments made on stream, and the offending content has been removed."

President Trump's number of controversial moments on social media are not very uncommon. With having the history of spreading hate speech, the man has allegedly faced tweets censor, to Reddit removing the r/The_Donald subreddit to protect the site from its frequent hate speech and site abuses. Reddit stated that the removal of r/The_Donald was due to the subreddit's community breaking the rules on harassment and targeting. The subreddit ban was the result of the actions of the community, but Trump's Twitch ban was the result of hateful comments made on stream by himself. 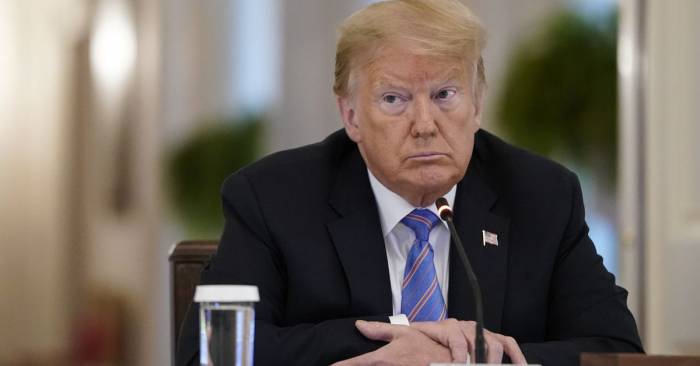 The second offense was during a live rally in Tulsa were Trump stated, "Hey, it’s 1:00 o’clock in the morning and a very tough, I’ve used the word on occasion, hombre, a very tough hombre is breaking into the window of a young woman whose husband is away as a traveling salesman or whatever he may do. And you call 911 and they say, 'I’m sorry, this number’s no longer working.' By the way, you have many cases like that, many, many, many. Whether it’s a young woman, an old woman, a young man or an old man and you’re sleeping.”

These two comments served the reason for his suspension of the account. Twitch also released a statement, "Like anyone else, politicians on Twitch must adhere to our Terms of Service and Community Guidelines. We do not make exceptions for political or newsworthy content and will take action on content reported to us that violates our rules."

Trump has been temporarily banned from the streaming site but this remains unknown that for how long his suspension remains.