Posted by Sama in Bizarre On 30th December 2020
ADVERTISEMENT

This 19-year old teenager got married to an 89-year old man where she worked in a senior facility. It was Olivia's alarming messages that she posted on Twitter after her marriage that raised suspicion and made people call her out for exploiting a vulnerable old man for the sake of money. Even though Olvia has now deactivated her account and deleted the posts but some internet users had already taken screenshots and shared the evidence on social media. 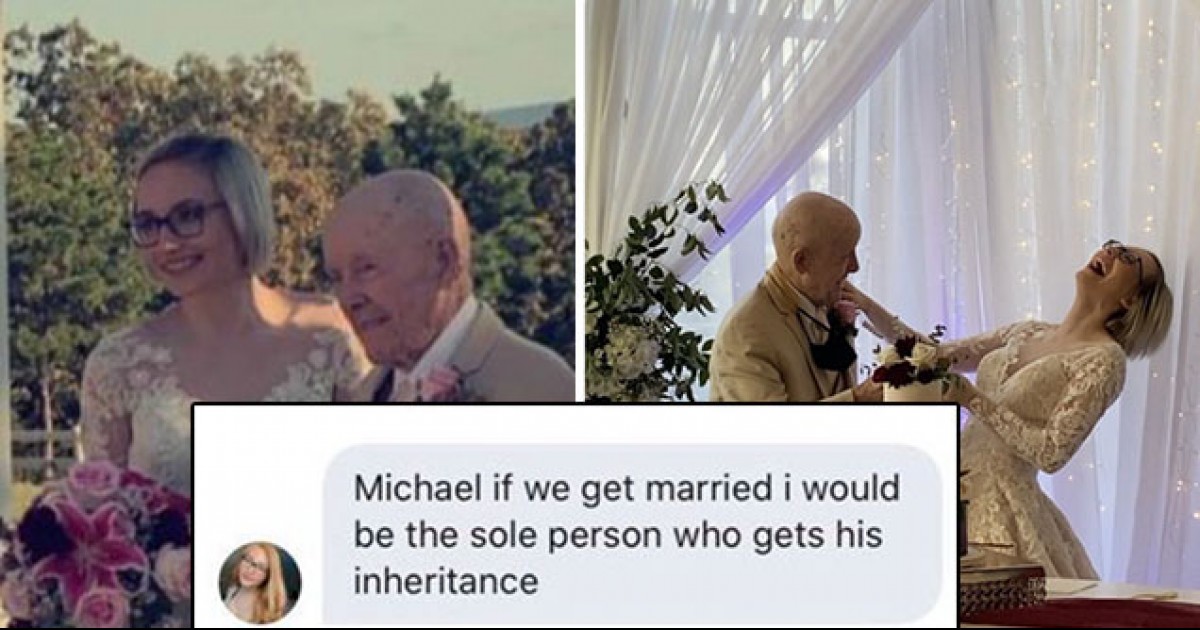 According to her social media accounts, 19-year old Olivia Stone met 89-Year-Old Lee R. Hopkins at a senior living center where she works. Though Olivia was not Lee's caretaker she was given the occasional task of giving Lee his pills on time. According to Olivia, Lee had trouble remembering her name but she still got married to a man who is 70-years older than her. 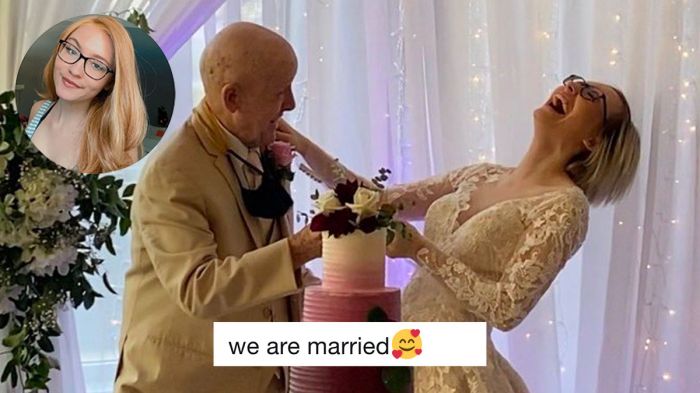 Lee's wife Elizabeth passed away two years back in a car crash, both were together at the time of the accident. The couple had outlived their son and after Lee's wife passed away too, the man is all alone in the world.

Before the car accident, Lee and his wife were together at the senior facility. However, after the incident and his worsening dementia he lost his way from where he was supposed to be and wounded up 25 miles from where he intended to go. His dementia was at the point that the man was even unable to recognize his own pastor. 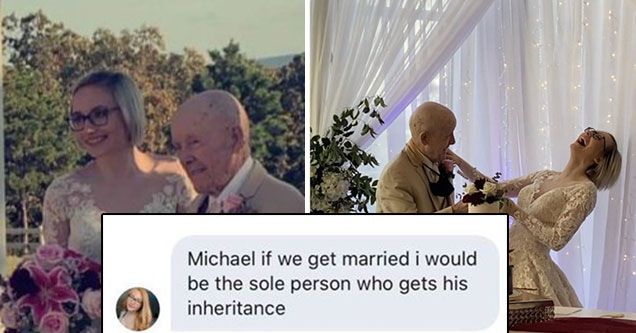 Arkansas marriage records with the Pope County Clerk’s office confirmed that Olivia got married to Lee in September. Though what raised suspicion on Olvia's intention was her suspicious messages on social media.

She bragged on social media about how much money Lee has and publicly made fun of the poor man's health. 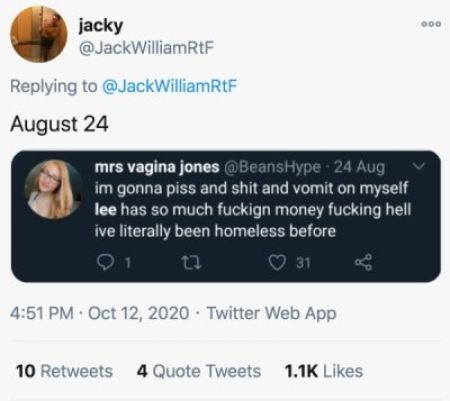 In one insensitive post, the teenager asked people if they would be willing to marry her if she is a widow.

Meanwhile, the Brookdale Russellville location confirms on their social media accounts that she was an employee with them after her posts went viral on social media and publicly thanked the girl for providing care to their citizens. 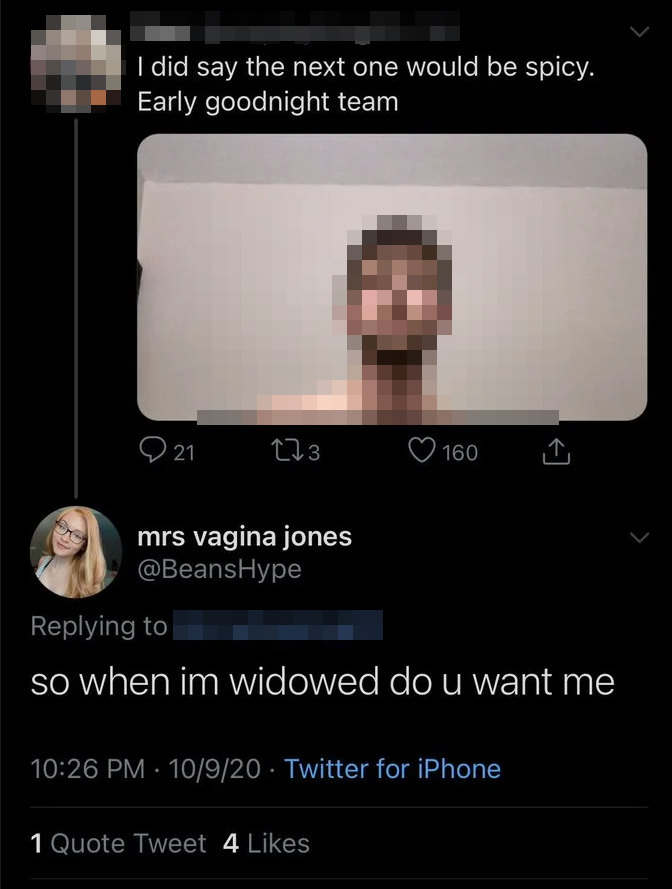 After her posts went viral on social media, Twitter went into a frenzy and called out the girl for the exploitation of an old man for the sake of money and making fun of him publicly. In response, Olivia who used to go by Twitter handle @BeanHype deactivated her account and asserted that her relationship with Lee is built on love. 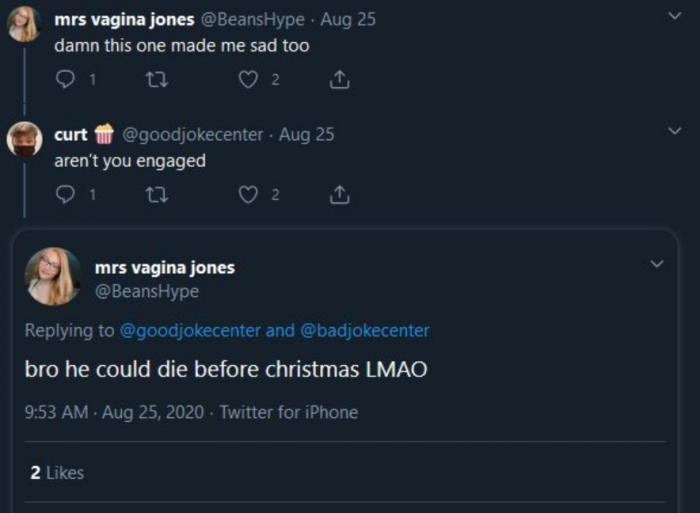 The posts have been deleted on the Twitter account but some people collected evidence by sharing screenshots. Internet slammed Olivia for her crude remarks and her evil intentions towards Lee. 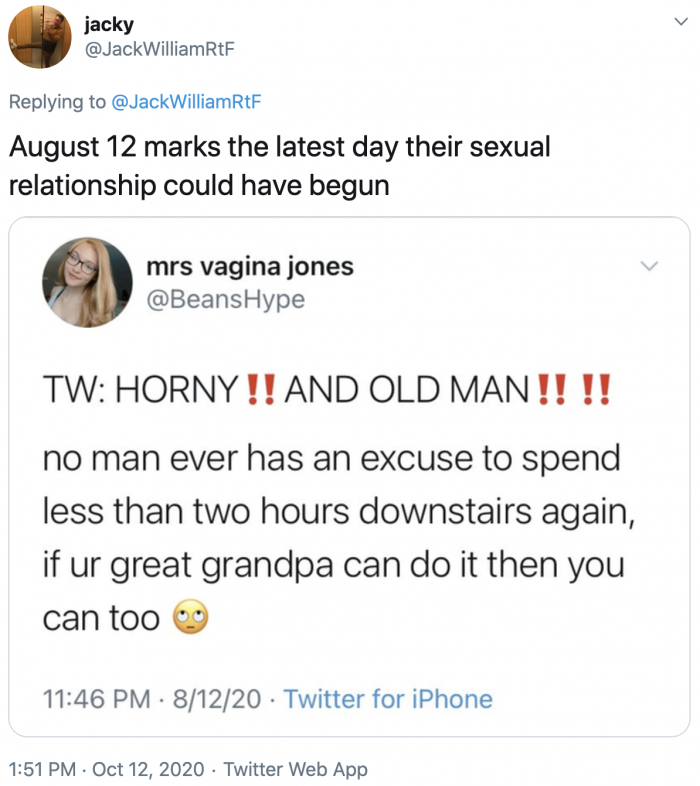 Some people had gathered enough evidence from social media and in the form of a thread uploaded it on Twitter from where her alarming messages make clear of her not so good intentions. 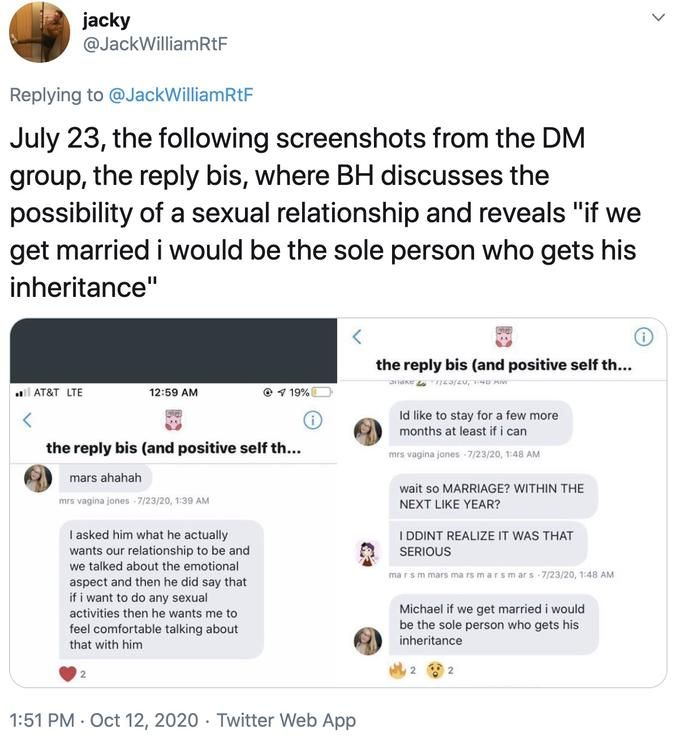