Posted by Sama in News On 24th July 2020
ADVERTISEMENT

Two kids who were forced to jump 40ft from a burning building were luckily saved after they were caught by heroic people. 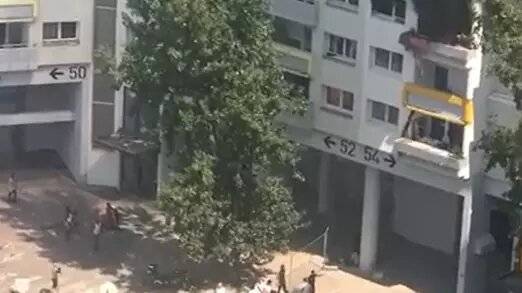 Shocking footage shows the moment the two youngsters dropped from the third floor of the building as bystanders urged them to jump.

Rescuer Athoumani Walid, 25, said he and 'five or six' others 'held out our arms and asked them to, 'jump, jump, jump''.

The terrifying incident played out in Saint Martin d'Hères on the outskirts of Grenoble in France on Tuesday (21 July).

Thanks to the swift action of the bystanders that the kids suffered from no injury except minor smoke inhalation.

Rescuer Walid's arm broke by the force of catch and another one sustained a fracture to his arm. Both were taken to a nearby hospital for treatment. 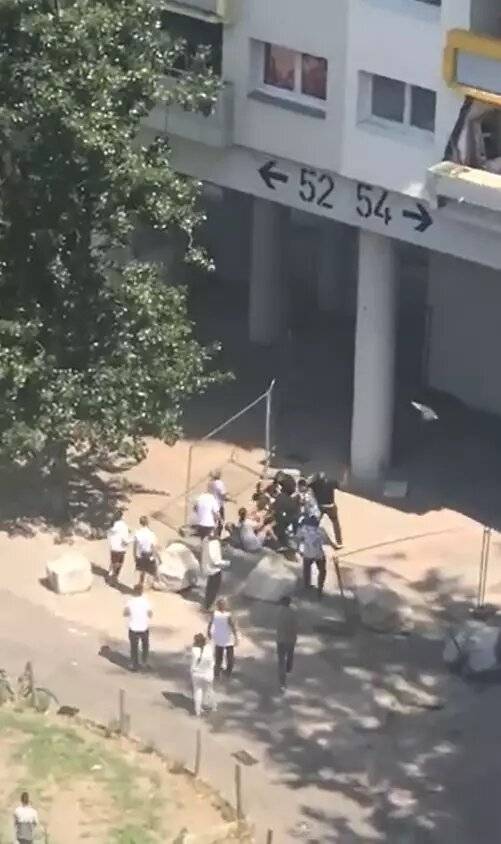 Speaking to Le Parisien, Walid, a student, said: "I saw the two children screaming. They were at the window on the third floor.

"There was a lot of smoke, flames, explosions, even inside the building. The children were scared. They were crying." 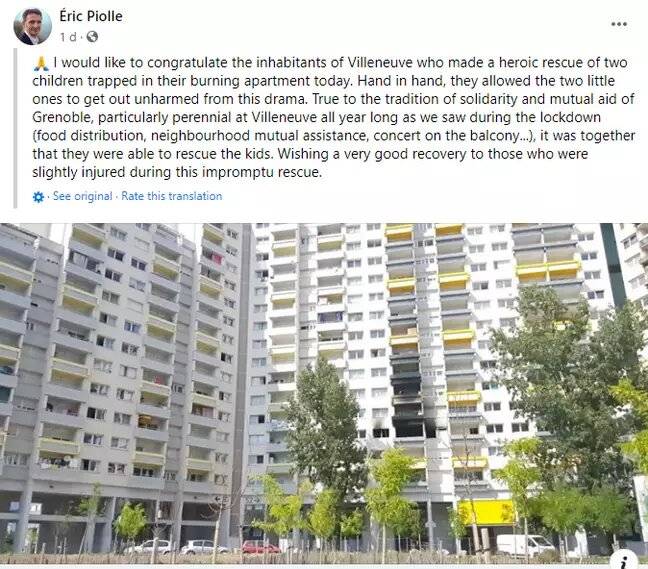 He added: "We really did save their lives!"

Neighbour Souhaila Saidi, who filmed the rescue, said she felt 'anxious and stressed' watching the two kids get ready to jump.

She added: "Luckily they jumped one after the other without being seriously injured."

Mayor of Grenoble Eric Piolle congratulated bystanders for their heroic and timely actions. Posting on Facebook, he said: "I would like to congratulate the inhabitants of Villeneuve who made a heroic rescue of two children trapped in their burning apartment today.

"Hand in hand, they allowed the two little ones to get out unharmed from this drama."

He added: "Wishing a very good recovery to those who were slightly injured during this impromptu rescue." 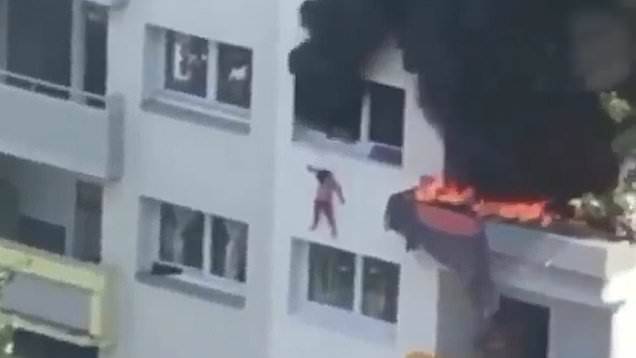 According to the Daily Mail, an investigation has since been launched into what caused the fire and why the children had been left unattended in the flat.