Posted by Sama in News On 7th August 2020
ADVERTISEMENT

These two students from Georgia high school got suspended for exposing their school's pictures of not following the necessary precautionary measures after reopening amid the pandemic. The students were suspended on the basis of 'violating student code of conduct' According to the school, the student broke policies of using a phone in the hallway without permission, using her phone for social media, and posting pictures of minors without consent. 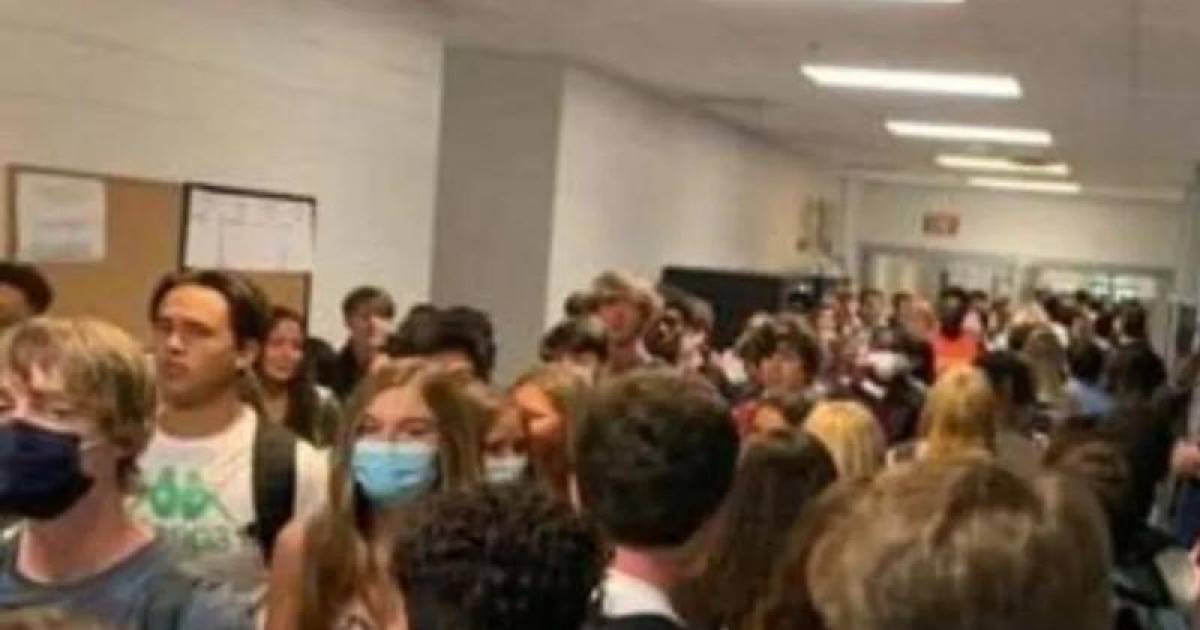 Tow students at Georgia high school landed in trouble and got suspended for exposing the crowded hallways of the school in recent reopening after the COVID lockdown. Reportedly two students have been allegedly suspended at North Paulding High School for sharing pictures on Twitter of their packed school. The photos show not only crowded hallways, but people not practicing social distancing and not wearing masks either. 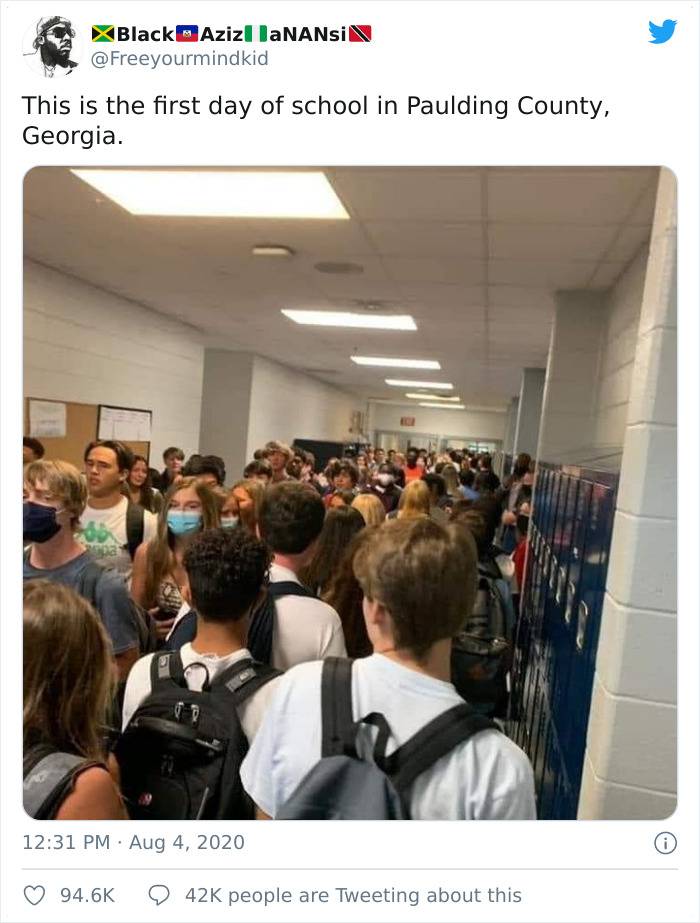 #2 The pictures have gone viral on social media.

The now-viral photo posted by a Twitter user, under the username Freeyourmindkid, shows high school students crammed in hallways between classes, with the majority of them not wearing face masks. After being shared, it has since amassed more than 94k likes. 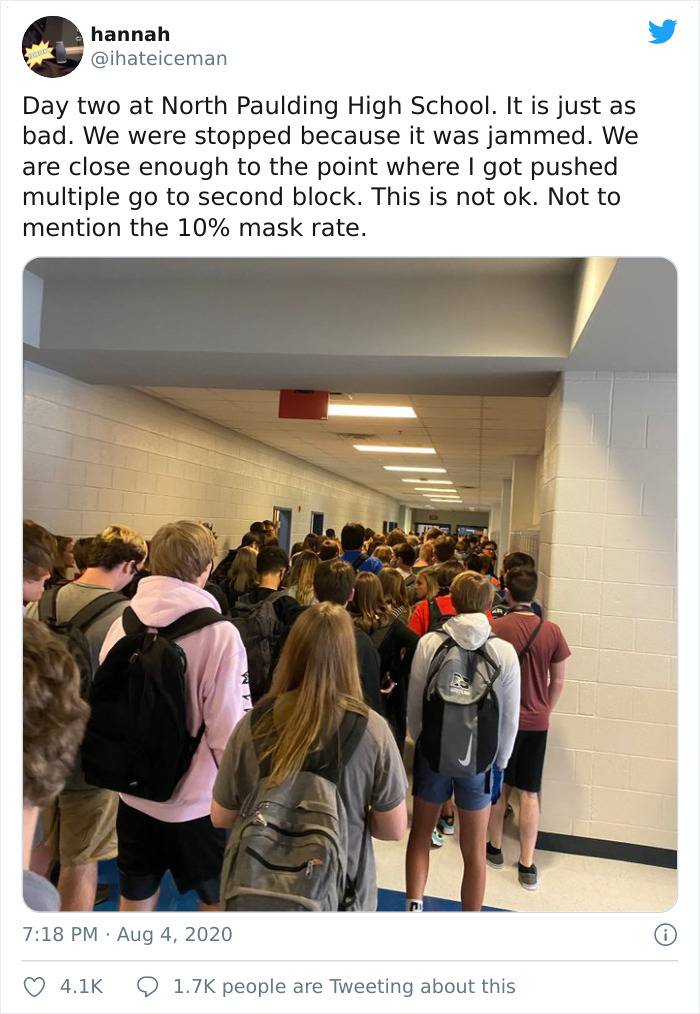 “Day two at North Paulding High School,” tweeted another 15-year-old student from the school in Georgia. “It is just as bad. We were stopped because it was jammed. We are close enough to the point where I got pushed multiple to go to the second block. This is not ok. Not to mention the 10% mask rate.”

Hannah says that after the picture went viral on social media, she was called in the student office and was informed that she has violated the student code of conduct. According to the school, Hannah broke policies of using a phone in the hallway without permission, using her phone for social media, and posting pictures of minors without consent.

On Wednesday, Freeyourmindkid tweeted that he was “informed that the student who took these pictures from inside the school has been suspended.” The same day, the Twitter user posted: “If you are a student and you see that your school isn’t enforcing social distancing and masks, then please take pictures and post them to social media. If you are scared to post under your account, then reach out to me and I will post them anonymously.”

This is what it looks like even with split dismissal. pic.twitter.com/erCA2lhOUb

She posted the tally on her Twitter page, too. Apparently, in every class, less than half the students wore face masks. Hannah told the media that she wore hers all day with the exception of lunch. “Not only did [the schools] open, but they have not been safe,” the student said talking to Buzzfeed news. “Many people are not following CDC guidelines because the county did not make these precautions mandatory.”

“I think my punishment’s severity was excessive, but I do understand that I violated a code of conduct policy,” Hannah told the media talking about her punishment. “We have a progressive discipline system. When disciplining me and the other student, they skipped level one and went straight to two.”

#5 Here is how the Internet reacted