Posted by in News On 28th July 2021
ADVERTISEMENT

Charlie Hadley, a 33 year old trans woman called out Uber after her request for a name change on the app was denied. She said that she was tired of being referred to as ‘sir’ as she entered the vehicles. 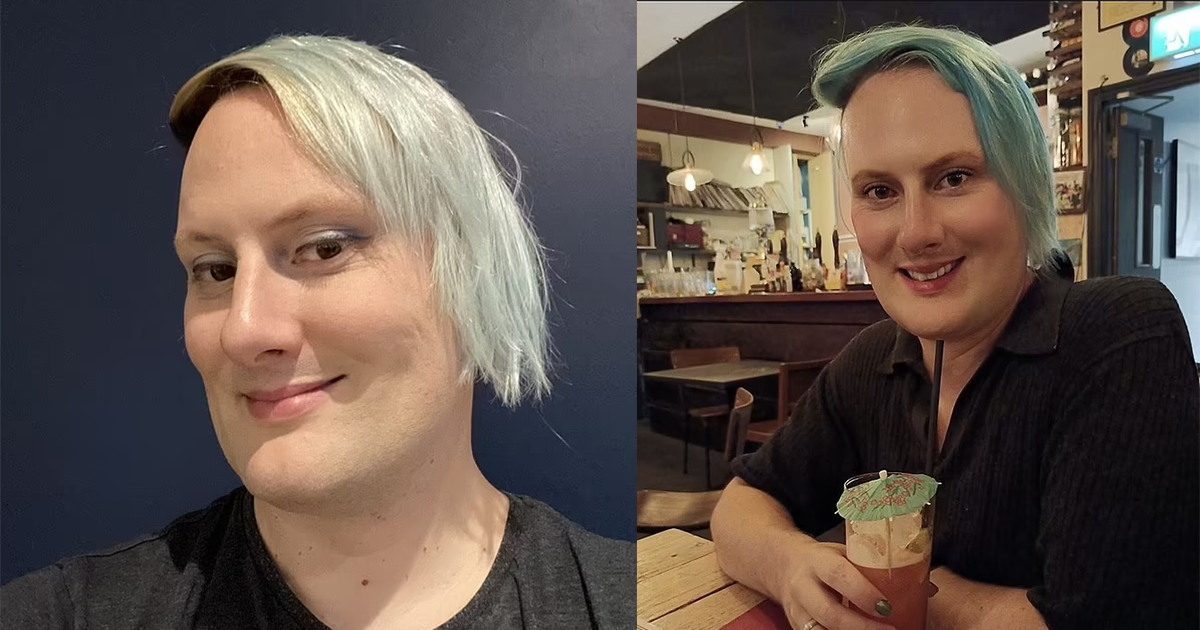 Charlie Hadley started transitioning a year ago and decided to reach out to Uber to change the name on the ride-sharing app Uber.

When she filled out the form she specified that she was trans.

“I'm trans. Martin is my deadname (a term used by trans people referring to their birth name), Charlie Hadley is my name now.” 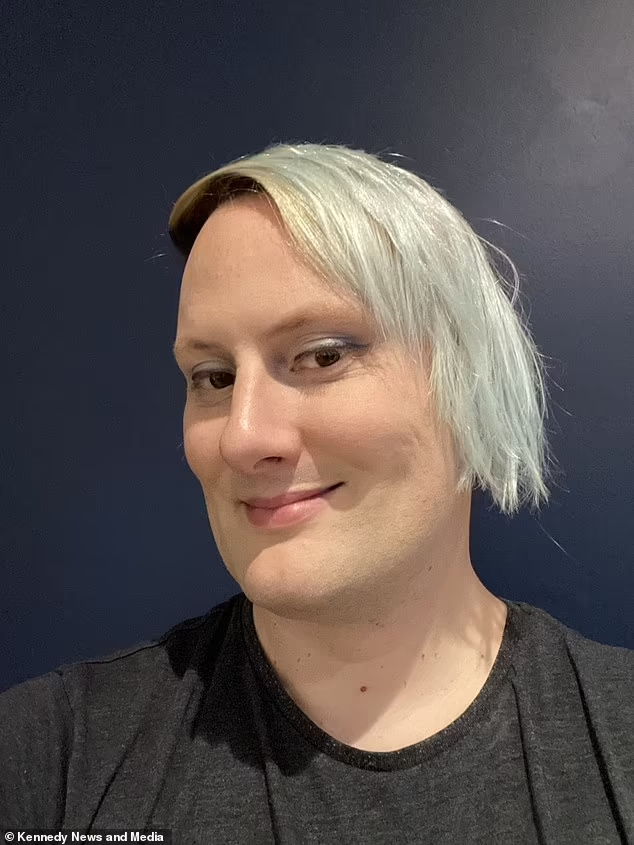 What upset Charlie was not only the fact that they denied the claim but that they referred to her as ‘Martin’ in the email which she specifically told them was her deadname.

The agent then told her that her name could not be changed due to the fact that she had applied to be a driver in the past and that there were ‘strict regulations’ preventing them.

They told her that she would have to make a new account. Charlie however couldn’t make a new one since her phone number was already linked to her existing one.

She stated that trans customers are not on “Uber’s list of priorities.” 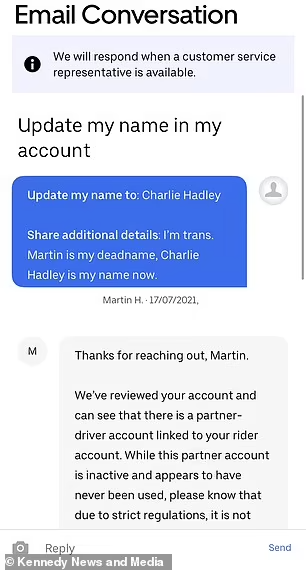 “I've transitioned for almost a year now. I really hate getting in the cars and being asked, ''how's your night, sir? It makes me feel unsafe. I've had that experience while wearing women's clothes and I've been called sir.”

“I feel much safer with Uber than with other taxi drivers because I know there's a record of who drove me, but I still worry something could happen. I don't want to get into a conversation [about being trans] with the drivers, especially if I've had a few drinks and I'm coming home.” 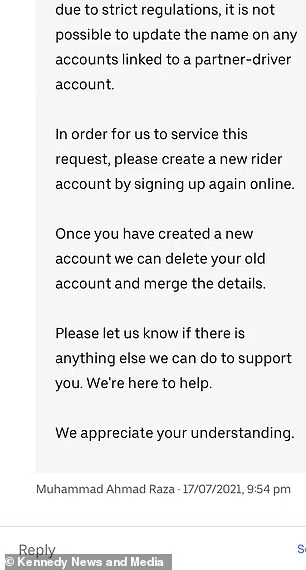 She is now stuck in a perpetual back and forth with the company on Twitter and through forms.

"In the past, I tried to become a driver. I created a possible driver account and went along to their information session, but my car wasn't new enough for them. It didn't go any further. They said they don't allow their drivers to change their name at all - not even once."

"They should have processes for drivers to change their name. I understand they might be worried about drivers with a bad reputation changing their name, but Uber should be able to through other mechanisms than just a name."

Charlie also pointed out that Uber changed their logos to a rainbow version for Pride month but failed to provide any real value to its trans customers and failed to meet their needs.

“Uber sponsor Pride events and they are one of the companies that change their logo every Pride Month. It should be much easier to change your name and email address on your account.”

“They don't help their [trans] users and I feel really bad for drivers if they're not able to transition. It's not on their list of priorities. I think they've never considered what the journey of a trans person would be.” 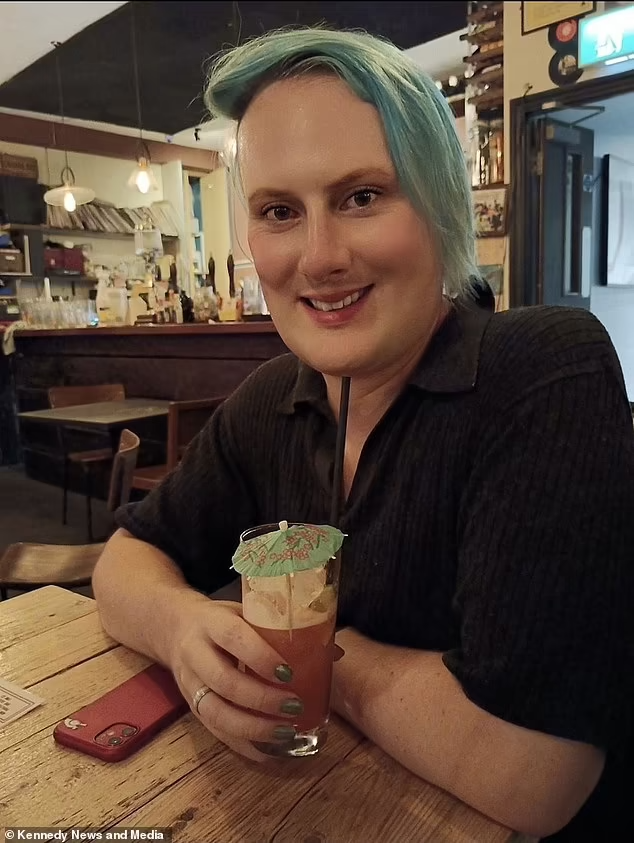 A spokesperson for Uber said, “Uber is committed to diversity and inclusion and has zero tolerance policy for discrimination including based on sex or gender.”

“We are sorry that the user had such a poor experience with us, and we are currently investigating how we can improve our processes.” 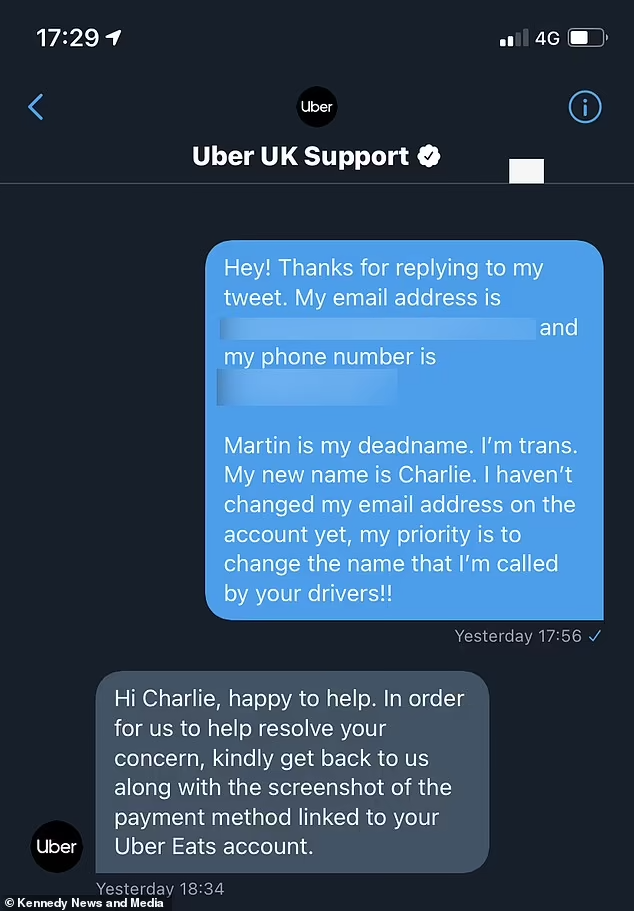