Viktor Sayenko and Igor Suprunyuk, collectively known as the Dnepropetrovsk maniacs, brutally murdered 21 people in less than a month and documented their atrocities in graphic videos, but many people are ignorant of their crimes. Viktor and Igor were sentenced to life in prison in February 2009. Viktor was judged guilty of 21 murders, while Igor was found guilty of 18. 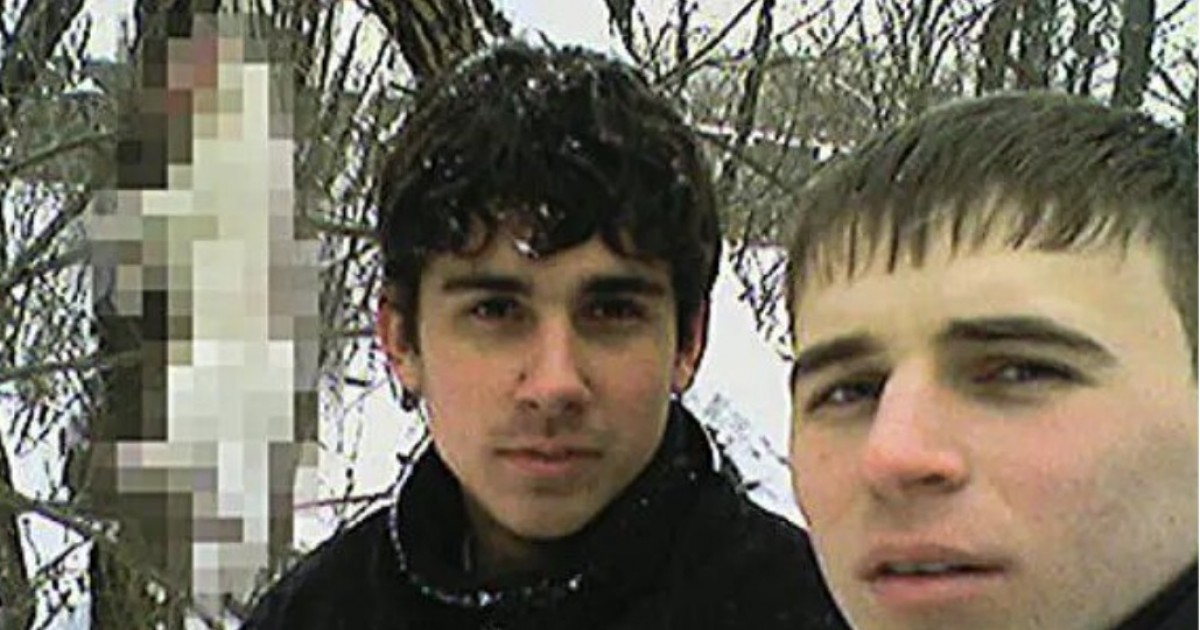 As reported by local media, at the time of the pair's arrest in 2007 the then Ukrainian Deputy Minister for Internal Affairs Mykola Kupyansk said:

“The killers, who met at school, bashed their victims' heads with metal rods and brutalized their bodies to the point that they were difficult to recognize.”

The duo is most known for creating the infamous viral snuff film '3 Guys, One Hammer.'

He added: "In some cases, they videotaped what they were doing.”

"It is rather difficult to say about the motives. The murders were more like fun or hunting."

Their month-long gruesome killing rampage was said to be a deranged attempt to deal with their different anxieties.

Igor tried to overcome his phobia of heights by hanging from the 14th-floor apartment's railings for hours and looking down.

Meanwhile, Alexander Ganzha, the pair's buddy and accomplice in two robberies (but not the killings), suffered from a fear of blood, which Viktor claimed could be treated by torturing animals.

The pair's first human victim was Ekaterina Ilchenko, 33, who was attacked from behind with hammers in June 2007. They attacked Roman Tatarevich an hour after the first death, busting his head open after finding him resting on a bench.

The bodies kept piling up until the pair attacked two 14-year-old boys, one of whom, Vadim Lyakhov, was able to escape.

Even though Vadim was initially suspected of murdering his friend, he was able to describe the real killers.

Locals witnessed another of Viktor and Igor's murders a few days later and gave a description that matched Vadim's.

Viktor and Igor were apprehended on July 23rd while attempting to sell a phone they had taken from one of their murder victims in a pawn shop.