Here are mysteries of the Pacific Ocean that remain unexplained; weird events and discoveries that still have explorers and experts baffled. 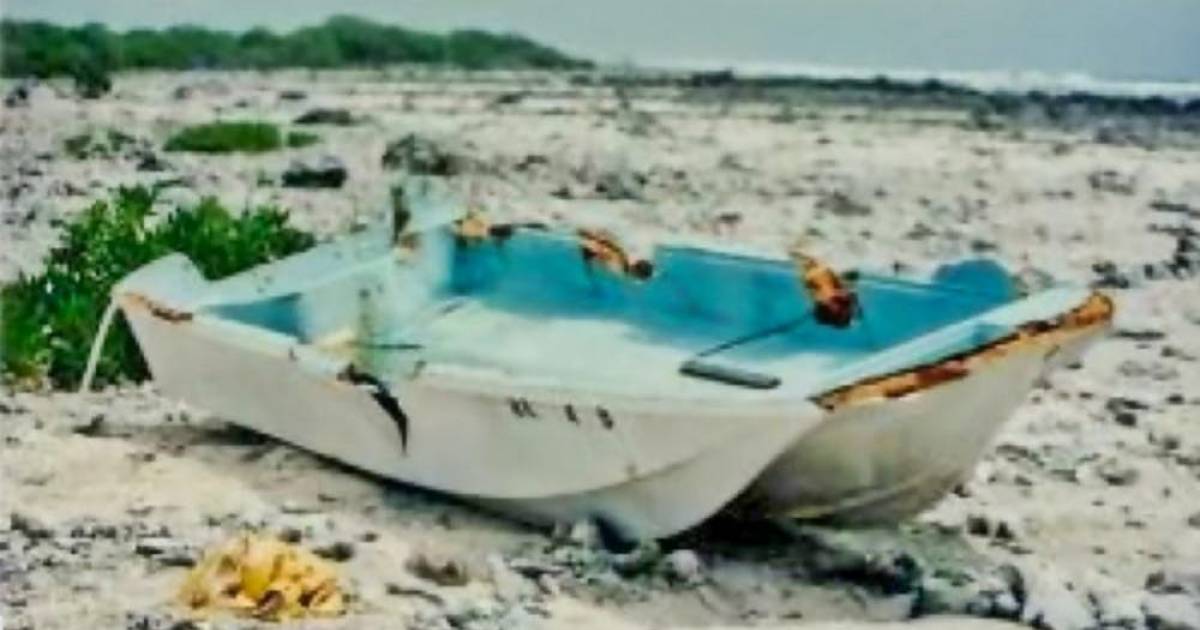 Researchers aboard the E/V Nautilus were surprised to stumble across a mysterious purple blob during an exploration of Arguello Canyon near the Channel Island National Marine Sanctuary on July 18. In the video, a team of researchers with the Ocean Exploration Trust are seen scouring the seabed with the floating laboratory Nautilus. Currently, the best rational guess is that it "could possibly be a new species of nudibranch," according to the Nautilus Live website. 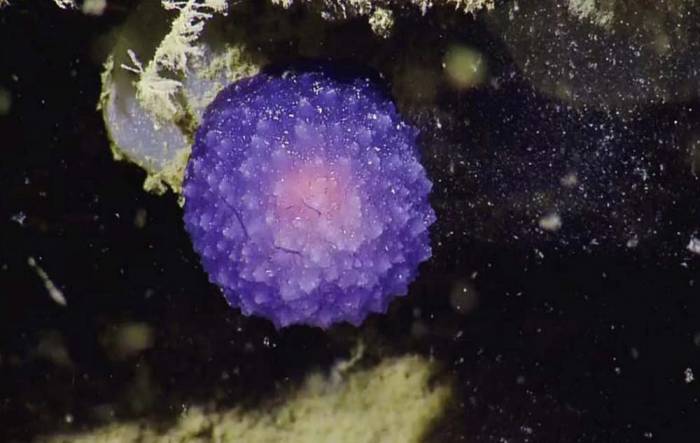 Poulton said it's relatively unusual for the E/V Nautilus team to discover a completely new species.

Though they have found organisms that they suspect are unknown to science; it just takes time to confirm that fact. More often, she said, the Nautilus researchers find organisms in areas where no one previously knew the animals lived. It may be that the purple orb is a known gastropod that simply had never been seen in California waters before.

On the southern coast of Yonaguni, Japan, lie submerged ruins estimated to be around 10,000 years old. The origin of the site is hotly debated - many experts argue that is man-made, while more conservative scientists insist it was carved by natural phenomena. Yonaguni monument is a sunken rock formation believed by some to be the remnants of a Japanese civilization that is said to have existed between 5,000 and 10,000 years ago.

The monument consists of medium to very fine sandstones and mudstones of the Lower Miocene Yaeyama Group believed to have been deposited about 20 million years ago.Most of the formations are connected to the underlying rock mass (as opposed to being assembled out of freestanding rocks). The formation called "The Turtle" The main feature (the "monument" proper) is a rectangular formation measuring about 150 by 40 m (490 by 130 ft) and about 27 m (90 ft) tall; the top is about 5 m (16 ft) below sea level. 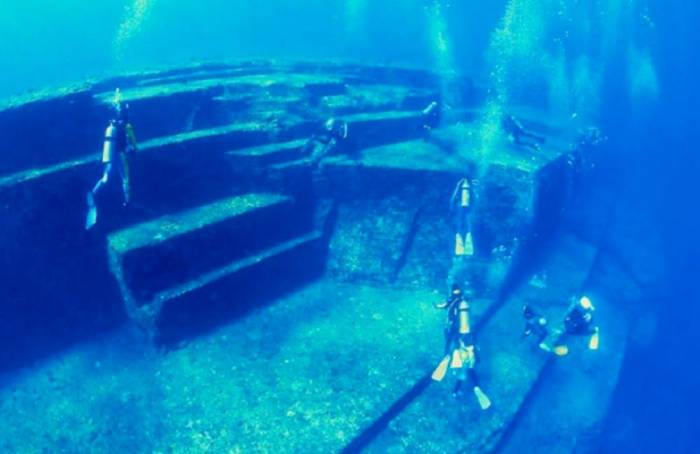 One proponent of this view is an explorer and researcher Graham Hancock who in his book titled Underworld writes: “It was the submerged structures of Japan that first awakened me to the possibility that an underworld in history, unrecognized by archaeologists, could lie concealed and forgotten beneath the sea” (Hancock 2002).

How did this civilization disappear, and what happened to all the people living there?

According to Kimura, the city could have been abandoned as the sea levels rose, which eventually led to the city being lost, or a massive earthquake could have contributed to the island and its inhabitants to sink beneath the waves.

The Mark 4 nuclear bomb was an American nuclear bomb design produced starting in 1949 and in use until 1953. The Mark 4 was based on the earlier Mark 3 Fat Man design, used in the Trinity test and the bombing of Nagasaki. The bomber, which was on a mission to simulate a nuclear strike, was on its way to Carswell Air Force in Texas when its engines caught fire. The 17-person crew had to parachute out and five of them died. The plane crashed on land but the bomb was not found amidst the wreckage. Crew members have said they ditched the bomb in the ocean first. It is a mystery that has baffled historians for more than half a century. Now, a commercial diver may have stumbled across the Mark IV bomb in the waters off Canada's west coast. The Canadian government, however, said that it was more likely to be the unexploded bomb (altho, however, haven’t confirmed that yet). 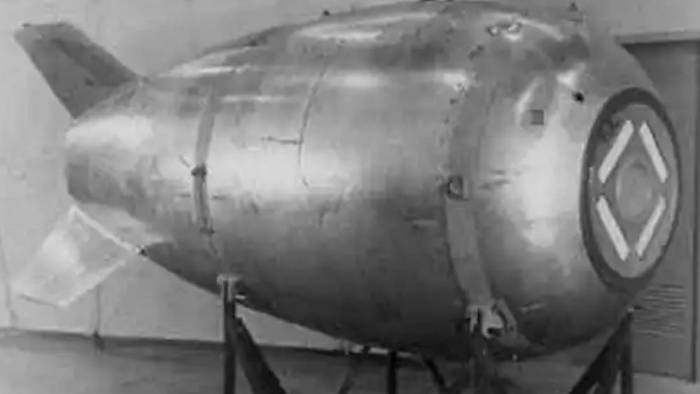 In 1997, the Bloop was heard on hydrophones across the Pacific. Bloop was an ultra-low-frequency and extremely powerful underwater sound detected by the U.S. National Oceanic and Atmospheric Administration (NOAA) in 1997. Several articles in the years that followed popularised one suggestion that the Bloop might have been the sound of an unknown animal due to the "organic" nature of the noise, a theory that elevated the Bloop to the level of a great unsolved mystery. 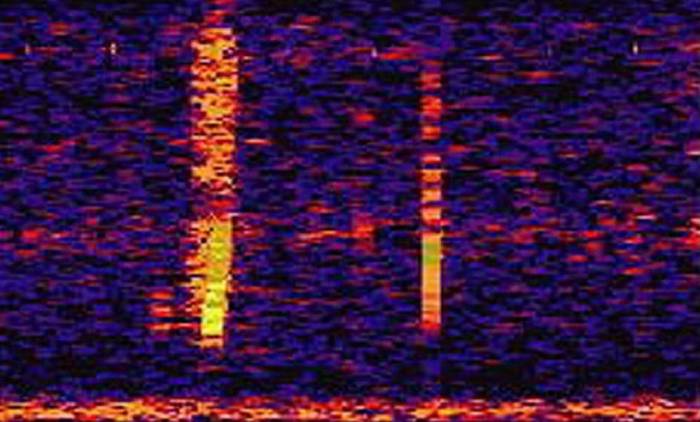 By 2012 NOAA concluded that the noise was ice-related.

The theory of a giant animal making noises loud enough to be heard across the Pacific was more fantasy than science. Dziak explained to us the NOAA's findings, and confirmed that "the frequency and time-duration characteristics of the Bloop signal are consistent, and essentially identical, to icequake signals we have recorded off Antarctica". He explained: "We began an acoustic survey of the Bransfield Strait and the Drake Passage in 2005 which lasted until 2010. It was in the analysis of this recent acoustic data that it became clear that the sounds of ice breaking up and cracking are a dominant source of natural sound in the southern ocean. Each year there are tens of thousands of what we call 'icequakes' created by the cracking and melting of sea ice and ice calving off glaciers into the ocean, and these signals are very similar in character to the Bloop."

One of the biggest mysteries of the Pacific involves pioneering American aviator Amelia Earhart. Amelia Mary Earhart was an American aviation pioneer and author. Earhart was the first female aviator to fly solo across the Atlantic Ocean. In an attempt to make a circumnavigational flight of the globe in 1937 in a Purdue-funded Lockheed Model 10-E Electra, Earhart disappeared over the central Pacific Ocean near Howland Island. Around 3 pm Lae time, Earhart reported her altitude as 10000 feet but that they would reduce altitude due to thick clouds. Around 5 pm, Earhart reported her altitude as 7000 feet and speed as 150 knots. Earhart's 7:58 am transmission said she couldn't hear the Itasca and asked them to send voice signals so she could try to take a radio bearing. This transmission was reported by the Itasca as the loudest possible signal, indicating Earhart and Noonan were in the immediate area. They couldn't send voice at the frequency she asked for, so Morse code signals were sent instead. Earhart acknowledged receiving these but said she was unable to determine their direction. The mystery is though that garbled messages were heard after the assumed crash, which led investigators to conclude that the plane did not ditch in the sea since the electrics would have shorted. Some have suggested that Earhart and Noonan survived and landed elsewhere, but were either never found or killed, making en-route locations like Tarawa unlikely. Most historians hold to the simple "crash and sink" theory, but a number of other possibilities have been proposed, ranging from plausible-but-unlikely to outlandish conspiracy theories. 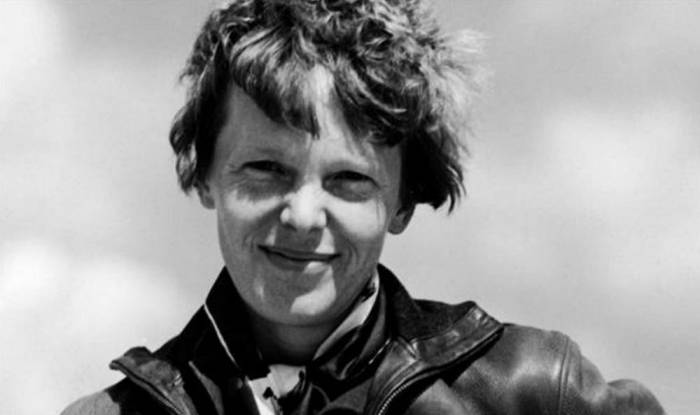 A vile vortex is any of twelve purported particular geographic areas, arranged in a pattern around the Earth. There are alleged points around the world that mark, like a cursed treasure map, areas where planes, ships, and people seem to vanish without a trace. Not to be without their own intriguing moniker, they’re called the Vile Vortices. Ivan T. Sanderson asserts that twelve vortices (famously, the Bermuda Triangle) are situated along particular lines of latitude: five of the vortices are on the same latitude to the south of the equator; five are on the same latitude to the north. The other two are the north and south poles. The Devil’s Sea sits in a triangle between Japan and the Islands of Bonin. Here ships and planes have disappeared just as they have in the Bermuda Triangle. An explanation for the disappearances has still not been given. The phenomenon was also explored by the ancient Greek philosopher Plato. They may also have connections to other so-called “ley lines.” These, like the Vile Vortices, are said to be areas connected around Earth that exist in alignment with each other, and which hold mystical significance. 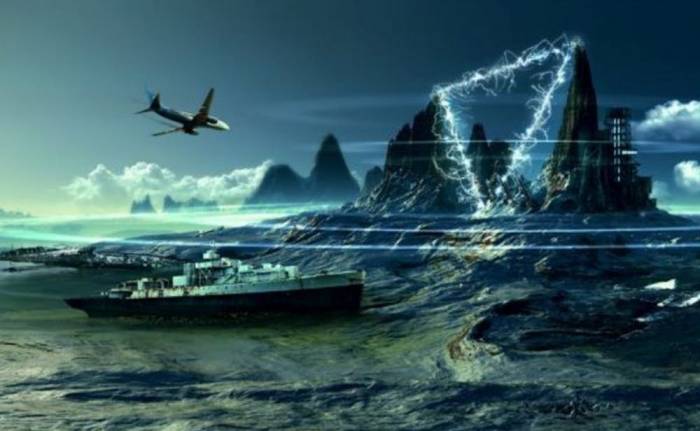 Leaving a small Hawaiian port in February 1979 five men Peter Hanchett, Benjamin Kalama, Ralph Malaiakini, Scott Moorman and Patrick Woesner embarked on a leisure trip. This time they were on a boat called the Sarah Joe which unwittingly became the center of a mystery spanning decades. They had a good day at the start, but the wind picked up and a storm came in.On September 9, 1988, John Naughton was on a wildlife expedition to a deserted atoll called Taongi approximately 2000 miles from Maui, a part of the Marshall Islands, when he discovered a small boat washed onshore. Several feet from the boat, he found a shallow grave with a human jawbone protruding from a pile of rocks. The Coast Guard linked the boat to the Sarah Joe and dental records proved the jawbone was part of the remains of Scott Moorman, one of the missing Sarah Joe fishermen. The question remains: what happened to the rest of the crew? 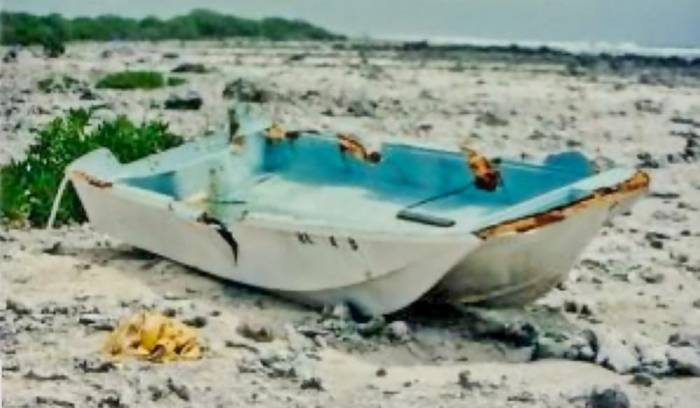