Posted by Deepak Mamgain in Sports On 30th October 2016
ADVERTISEMENT

The Undertaker is a well-known face of the wrestling world. Over the past two decades and a half, he has been the only constant in the ever-changing landscape of professional wrestling. But the man behind the gimmick is as unique as the character he portrays.

In fact, Mark Calaway (real name of Undertaker) is a very simple person with little to no social media presence. We delve into the Deadman's personal life in this article The Undertaker's wife, his past marriages and his current status. 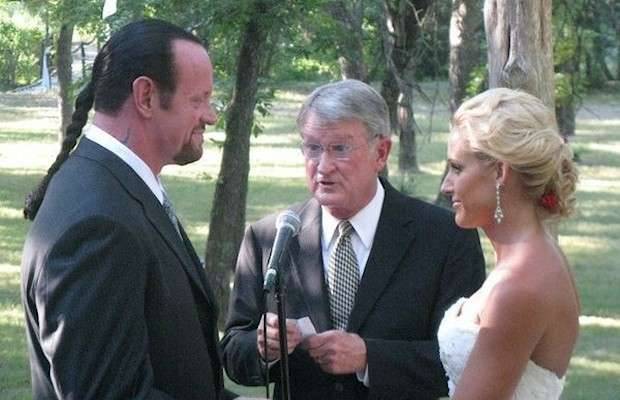 They married on June 26, 2010, in Houston, Texas. Michelle McCool had spent the better part of a decade, wrestling for the WWE as well. The two met there and got together.

His wife debuted in WWE in 2004 and became the first woman to hold both women's titles simultaneously before they were unified and became a single belt. In fact, She was a two-time Women's Champion and Diva's Champion before retiring from the industry in 2011. 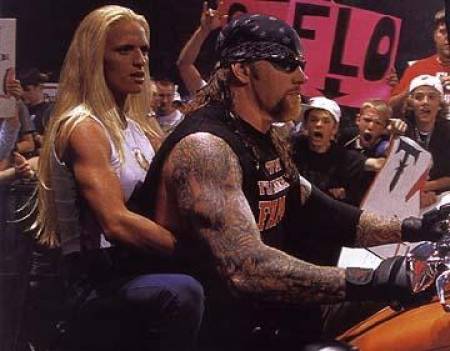 Being a part of the WWE for so long, Michelle understood the grind that WWE superstars are subjected to and perhaps connected with Taker on many levels for this reason. 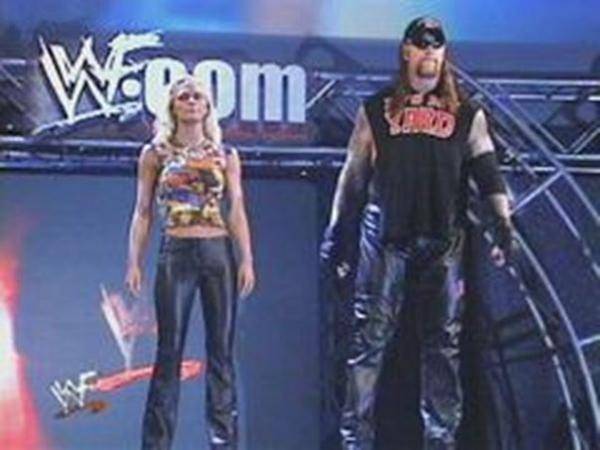 They have a child, Kaia Faith Calaway, on August 29, 2012. This was McCool's first child and Taker's fourth. The couple recently celebrated their sixth marriage anniversary, that Michelle McCool commemorated with a beautiful Instagram post. In the picture, the couple looks very happy, beside one another. she is looking very beautiful and he is looking very smart. 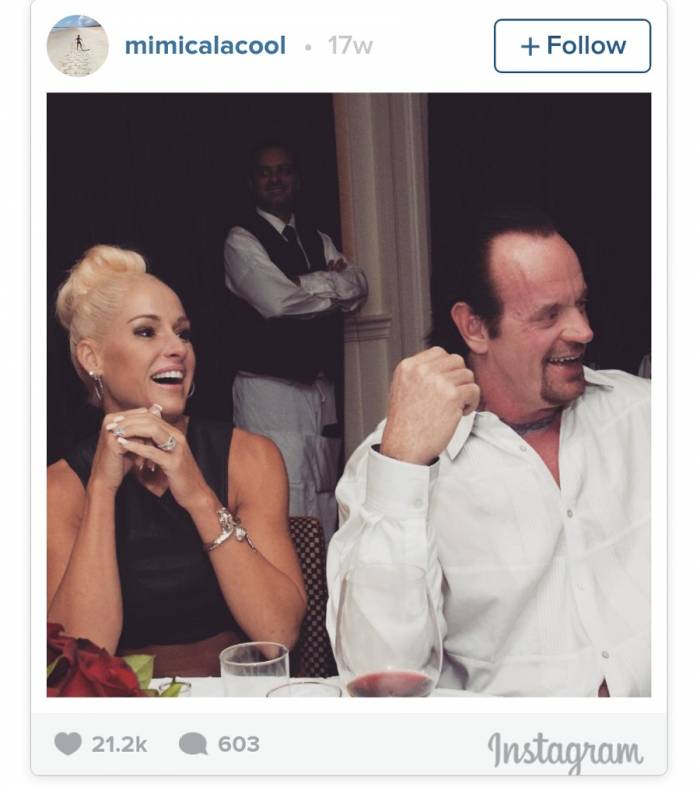 Taker has tattoos on his sleeves and neck. He earlier had a tattoo that read "Sara", on his throat. This tatto was for his second wife, Sara Calaway. Sara has earlier served as Taker's ring valet. Their marriage lasted from seven years 2000 until 2007. The couple even had two daughters together, Chasey and Gracie.

After their marriage had ended, when they divorced, Undertaker removed the Sara tattoo from his throat. He replaced this with the names of his daughters on either side of his neck to portray his love for them.

Undertaker's married life has been all but perfect. His marriage with Sara was, in fact, his second. Earlier he was married to Jodi Lynn, in 1989. In 1993, four years after their marriage, the couple welcomed their son, Gunner Vincent.

However, things did not work out between the two and the couple divorced in 1999.. 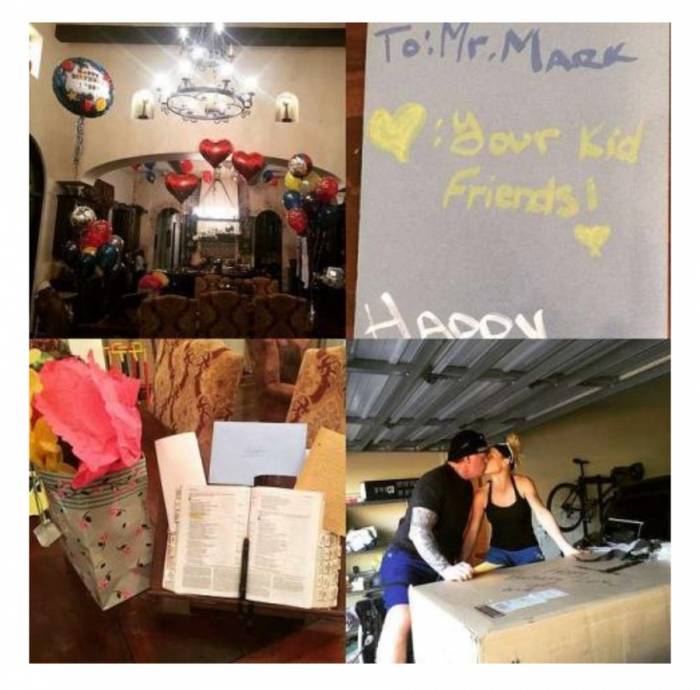 The Undertaker's current status with WWE is not very clear.

However, it is important to note that Taker himself had made it clear after this year's WrestleMania, that it was his last outing. His match with Shane McMahon had some exciting spots but failed to deliver the goods at the biggest stage of them all. The Phenom hasn't been seen on WWE television since.

However, the next Royal Rumble will be organised at the Alamodome in Texas, and it may mark Taker's return for a final feud at WrestleMania. Taker recently made an appearance at the opening night celebrations for the Cleveland Cavaliers at the Quicken Loans Arena in Cleveland in full ring attire. 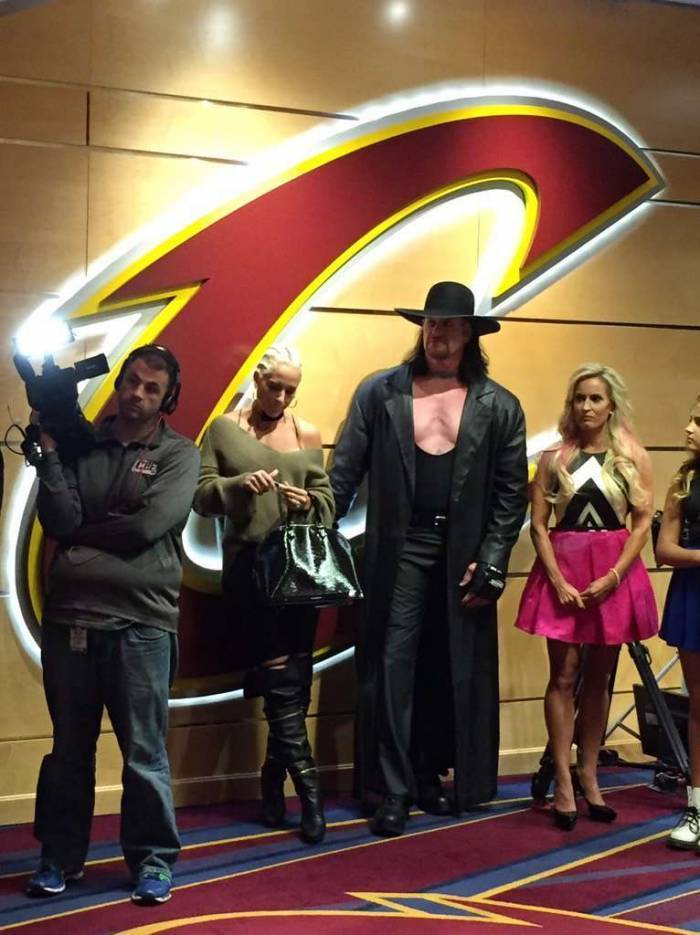