Posted by Sama in Bizarre On 11th October 2021
advertisement

This woman shared her invoice of a minor mole removal procedure on social media and it went viral for its ridiculous charge. Apparently, Midge was charged for showing emotion and crying during her surgical procedure. Her tweet, in fact, started a debate on the flawed healthcare system of America and how it can really do better in comparison with other countries that are literally providing free healthcare to their public. 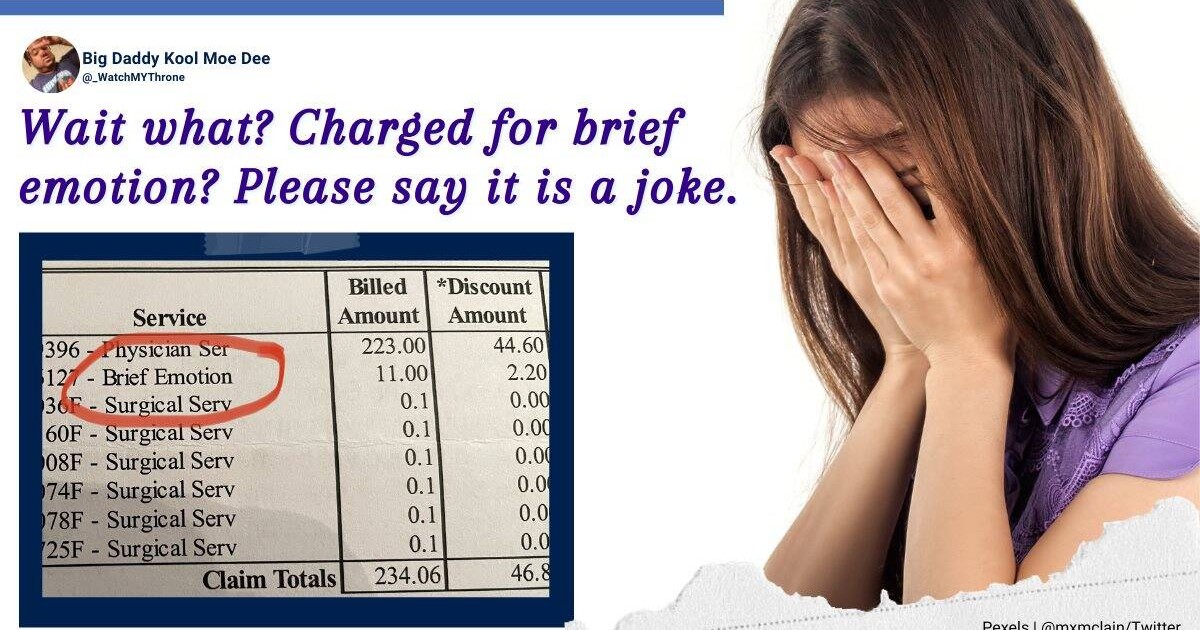 Midge, the woman in question who goes by @mxmclain, shared a tweet where she posted a picture of an invoice she received after a minor mole removal procedure. The woman in question was taken aback when she found that the hospital charged her an additional $11 for what they label as 'brief emotion.'

“​​Mole removal: $22. Crying: extra,” Midge tweeted while throwing in a joke such as “I didn’t even get a dam sticker” and “Is a lollipop too much to ask?”

Can you imagine being charged for crying during your medical procedure. That's the ultimate when it comes to padding the bill. https://t.co/5ISF9DpGt3

People from other countries like Canada, Spain, and the UK were actually puzzled that Midge had to pay for such a minor surgery. But people were literally blown away after reading the invoice and seeing how she had to pay for her tears too.

“This accurately describes the American healthcare system,” someone wrote.

“Jesus, I should have hid my weeping better. I’m going to owe them fists of money after my hospital stay,” someone joked.

Amusingly few other people came forward with their own experiences, as one person shared: “This really happens… I got charged this when they did my first blood test all because they decided to run my blood in some kind of depression test that I didn’t approve.”

Talking to indy100, Midge shared that she received a depression screening test during her routine annual physical check and she was not aware that her insurance didn't cover it.

“It was basically 10 (or less) questions about mental health,” she said,

Midge shares that when she received the bill, the extra charge wasn't exactly for 'crying' but rather it was for 'brief emotion' which is basically shorthand for “brief emotional assessment.”

Midge's tweet started a debate on how beneficial free healthcare systems are for the people, with one person that said, “AKA: protect the NHS at all costs.”

One person also shared her own experience of getting charged for sharing in-depth information with her psychiatrist about her trauma.

America is not real. How you getting taxed for crying 🤣🤣🤣 https://t.co/3Fe2g1Xt1g

Tell me you live in the US w/o telling me https://t.co/bYr246JZSk