Posted by Sumaiya Ghani in News On 13th February 2021
ADVERTISEMENT

The school director told several parents complained about their kids learning about Black History Month which was the reason they distributed forms that allow parents to opt their kids out of this. “We should not shield our children from the history of our Nation, the mistreatment of its African American citizens, and the bravery of civil rights leaders, but should educate them about it.” 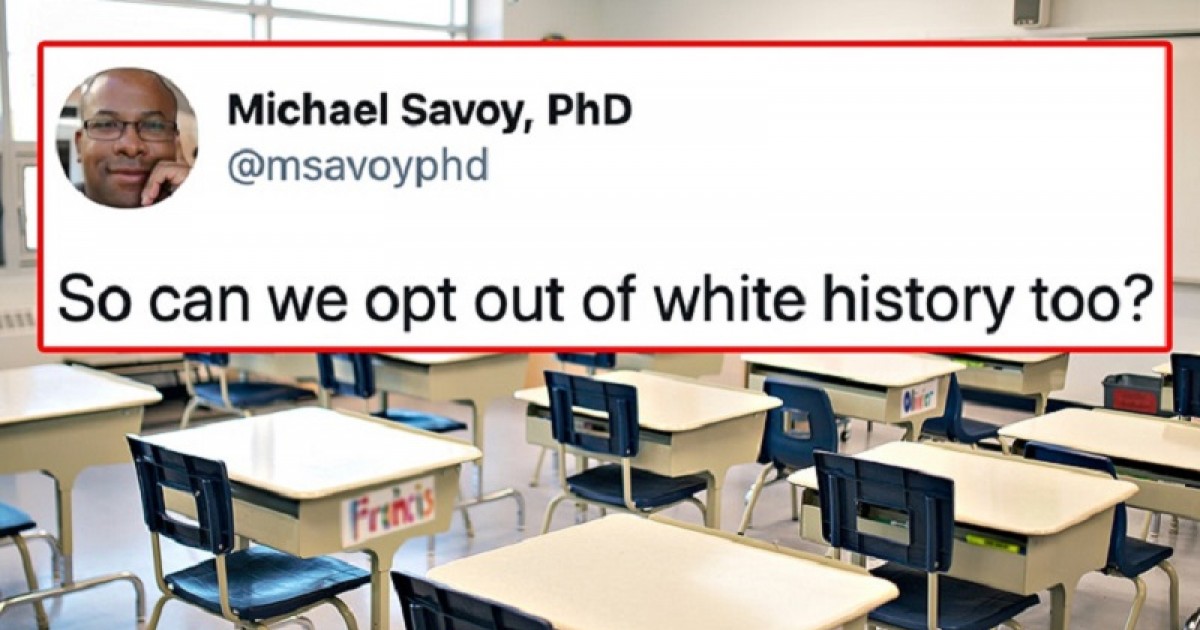 If you belong to the United States that you might know how the education there has skewed white, male, and heterosexual from always.  The sad part is even if changes for the better start taking place, they always seem to be met with resistance by those who want to maintain the status quo.

I would like to opt my children out of the effects of structural oppression and systemic racism. https://t.co/MksrxNhsBY

Recently, something impossible became possible when one school in Utah finally stopped this racism.

What happened was that earlier this month, Maria Montessori Academy in North Ogden gave an open option to the parents to either let their kid study curriculum related to Black History Month or just opt-out of it.

This, of course, was immediately met with severe backlash.

That is really disgusting.

The director of the school, Micah Hirokawa, told they took that decision after being pressured by several parents who were not happy with their kids learning about black history.

“We should not shield our children from the history of our Nation, the mistreatment of its African American citizens, and the bravery of civil rights leaders, but should educate them about it,” he wrote on Facebook.

honestly if i could opt out of anything involving white history, my history class wouldve lasted like 3 days https://t.co/g4lU7n94wz

When the news got out, many people were outraged with how those parents could and would choose to yank their kids out of lessons that weren’t about white figures in history.

Also, note that most schools teach the white history of the United States all year while the history of Black Americans is taught for a few weeks out of the year.

white privilege is my history being something you can opt on while yours is a determining factor in whether or not a child goes to the next grade. lovely

Meanwhile, Mormons teach their kids a bizarre alternative history where Jesus visited America and Native Americans were white people cursed with dark skin as “punishment” for disobedience to make them undesirable. I fucking wish I was kidding. Mormonism is steeped in racism

Many parents of students from that school were also disappointed when they saw the form that allows parents to opt their kids out of this.

One woman, a parent of MMA students, wrote on Facebook;

“I was appalled to see the form sent out that allows parents to opt their kids out of this and to hear that some parents have requested it.”

Let's examine for even a fleeting moment the logical underpinnings of a system in which white-centric history is simply considered "history" and is mandatory learning, but in which one month of curriculum focused on Black history and achievement is this separate, optional thing. https://t.co/LZY2waWY7Z

All that criticism lead to something good with Hirokawa informing Insider that the opt-out form is no longer available.

It was also told that the things have been settled between the school and the parents, who requested for their children to be excused from the 'lessons'.

I guess opting out of World War II history will be next. Then the Revolutionary War.

I don’t know where to start.... racism is taught... and the fact that kids are being told by their own parents to not learn about black history and black excellence is sickening and sad!! And this is just part of the problem..... smh https://t.co/8vWkz0lZKQ