Posted by in News On 24th May 2021
ADVERTISEMENT

Extremist vegans have barricaded McDonald’s distribution centers to protest against meat consumption in parts of the UK. After two days of protests by over 100 people, 8 have been arrested by the UK authorities and the barricades dismantled. 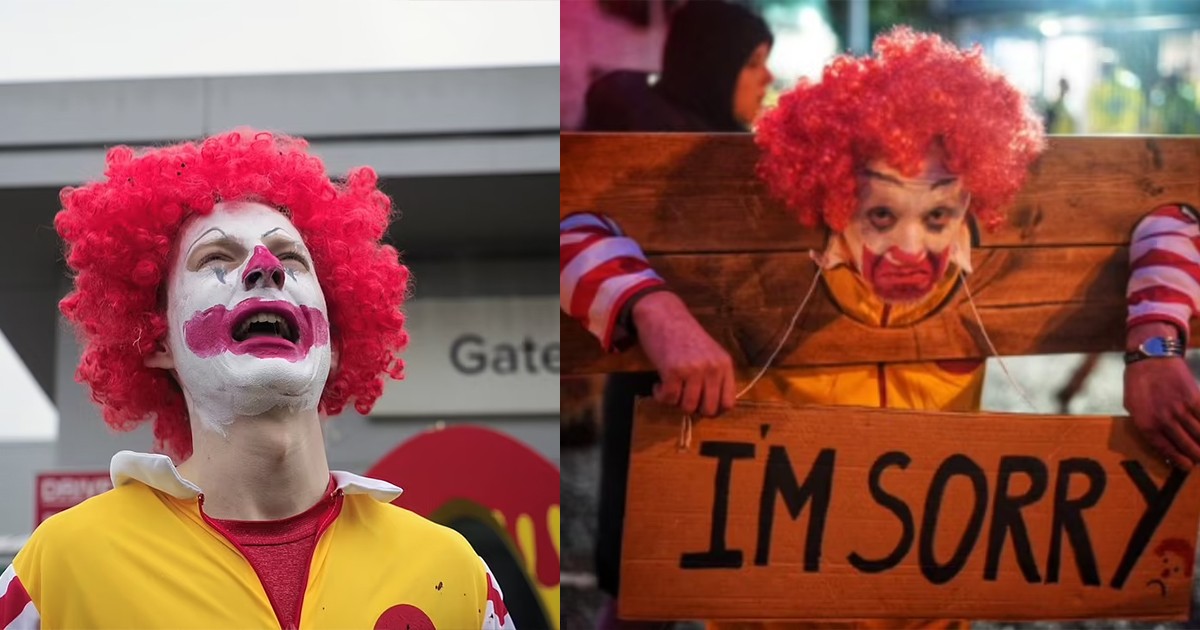 15 vegan activists have been arrested after setting up blockade demonstration in an attempt to stop the distribution of food to McDonald’s in the UK.

A collective 100 people blocked the entrances to sites in Hemel Hempstead, Conventry, Basingstoke and Greater Manchester.

In addition to bringing large trucks, they shackled themselves to makeshift bamboo structures in the early hours of the morning. 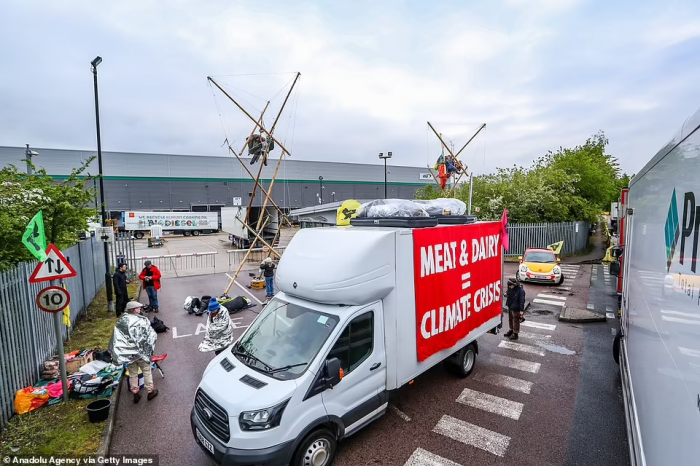 By the evening it was revealed that the police monitoring the situation left for the night. In Basingstoke and Hempstead however, the demonstrations were broken up in that time while arrests were made in Hampshire.

The group is calling for McDonald’s to switch to plant-based alternatives permanently by 2025.

Protests ended at 4am at night after 24 hours and the distribution sites went back to regular business. 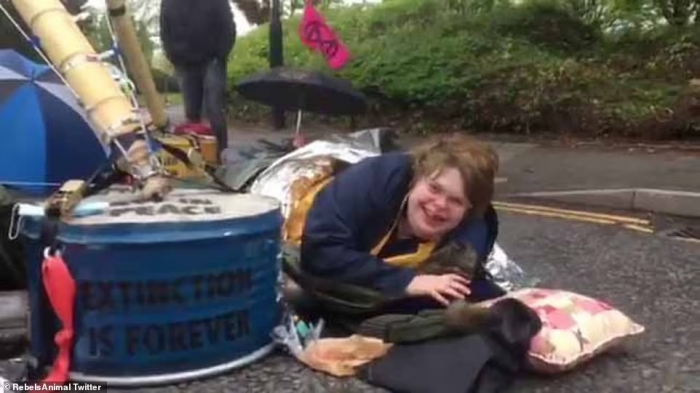 A spokesperson for Animal Rebellion said, “The meat and dairy industry is destroying our planet: causing huge amounts of rainforest deforestation, emitting immense quantities of greenhouse gases and killing billions of animals each year." 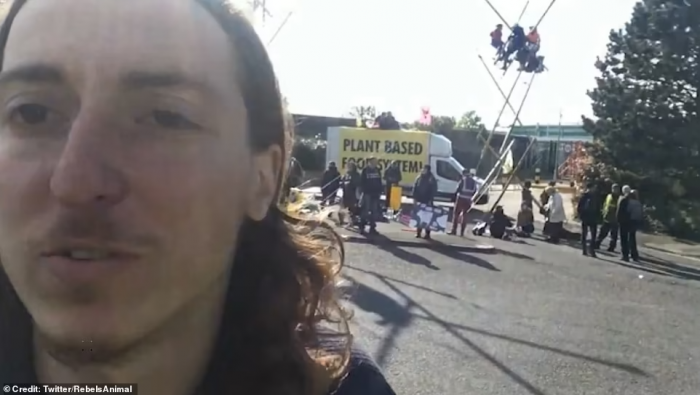 "Another protester stated, “'The meat and dairy industry is destroying our planet: causing huge amounts of rainforest deforestation, emitting immense quantities of greenhouse gases and killing billions of animals each year." 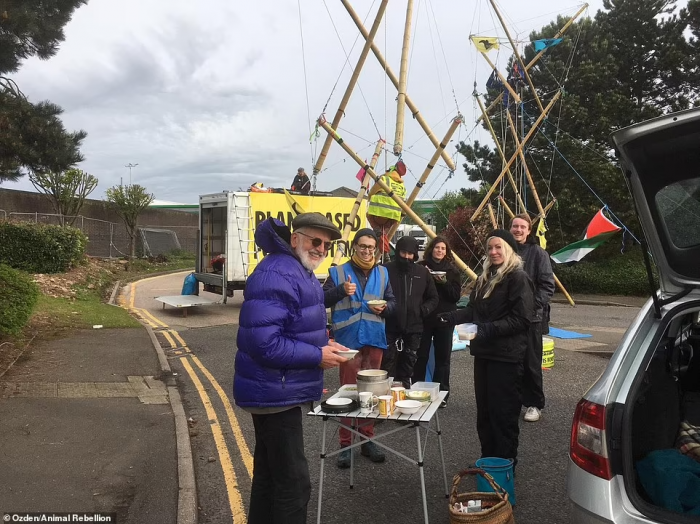 McDonald’s revealed in a statement that they were looking into the matter and would be assessing the impact of those protests and apologized for any delays or inconvenience caused. 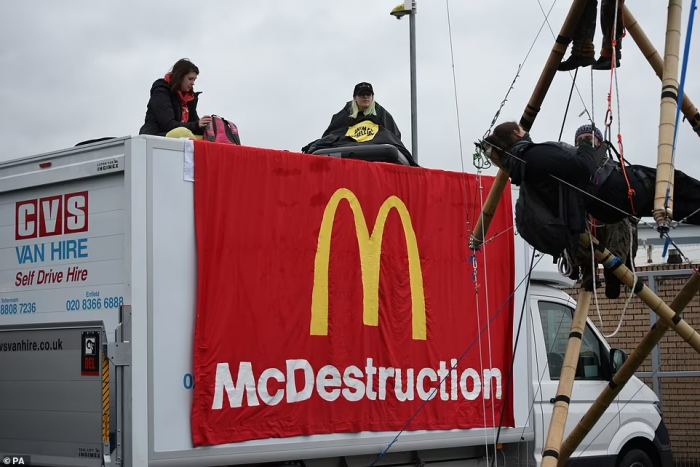 The protest organizer for Animal rebellion said in a video,” We will be guaranteed to be here up until 10am tomorrow morning which means we will have done a full 30 hours when we leave.” 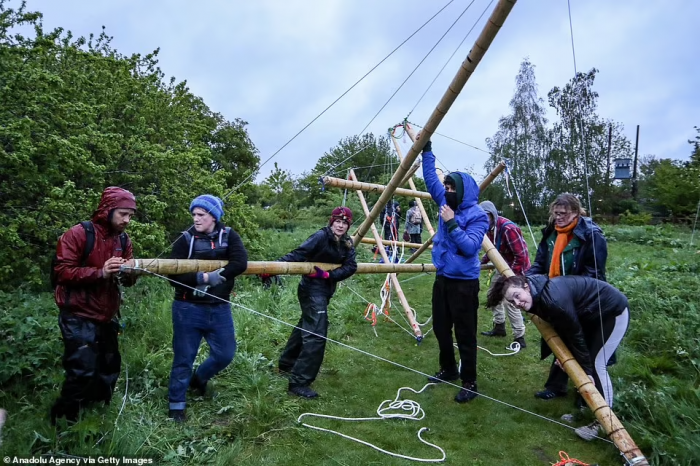 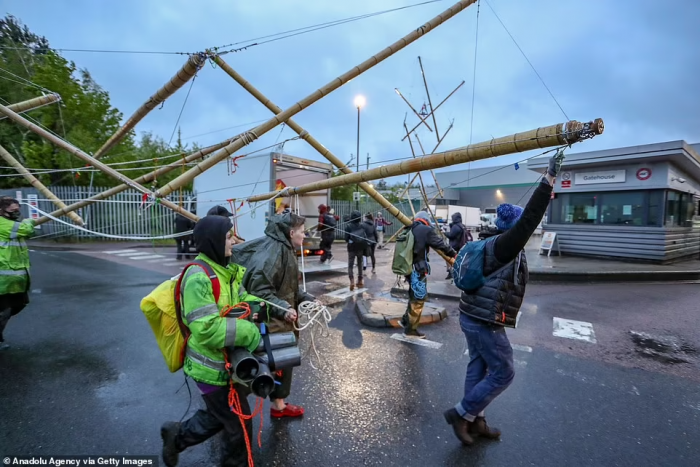 An official statement by the same group read as follows; “'We're shutting down McDonald's distribution to all of its 1300 UK restaurants today because of their responsibility for the climate emergency, the cutting down of the Amazon rainforest to make way for grazing cattle, and their continued refusal to take action and shift to a plant-based menu." 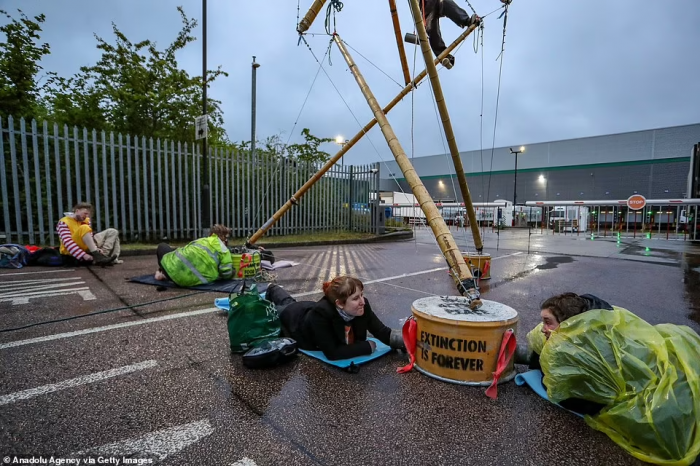 "Our activists are locked into concrete tubes and secured on bamboo constructions, and it's wet and cold, but we're here until McDonald's release a statement or meet with us to discuss how they can play a fairer role in our collective future." 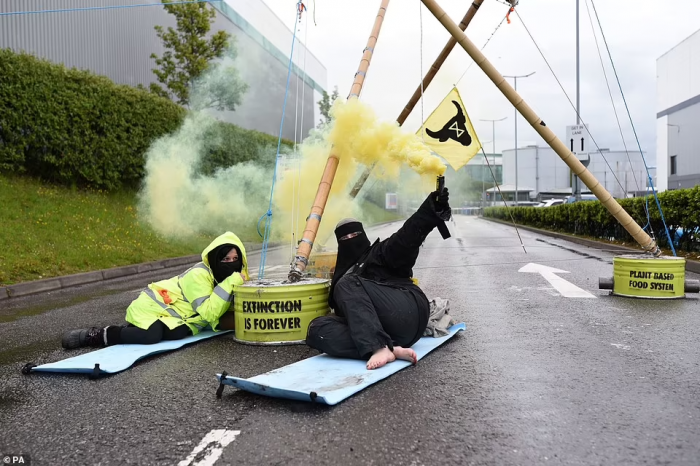 "For decades all they've been interested in is profit, with some of the unhealthiest foods you can eat. Climate change, deforestation, and animal agriculture are the greatest threats to this planet - not to mention the obesity crisis fed by fast food. There's no McFish on a dead planet. We need to act now." 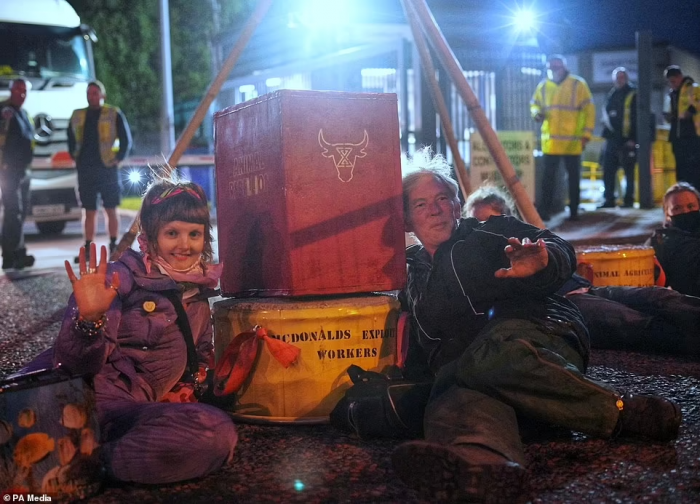 Another protester added, “McDonald's is a symbol of animal agriculture and corporate power. Their business model is profit at all costs." 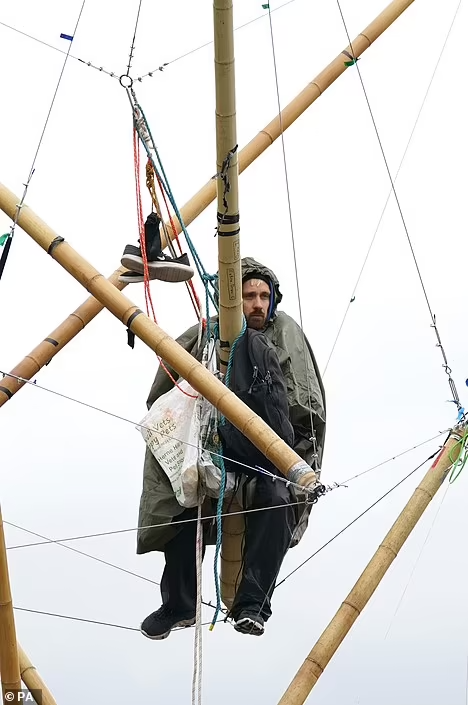 "Profit at the expense of animals, people that are being pushed off their land in the Amazon rainforest." 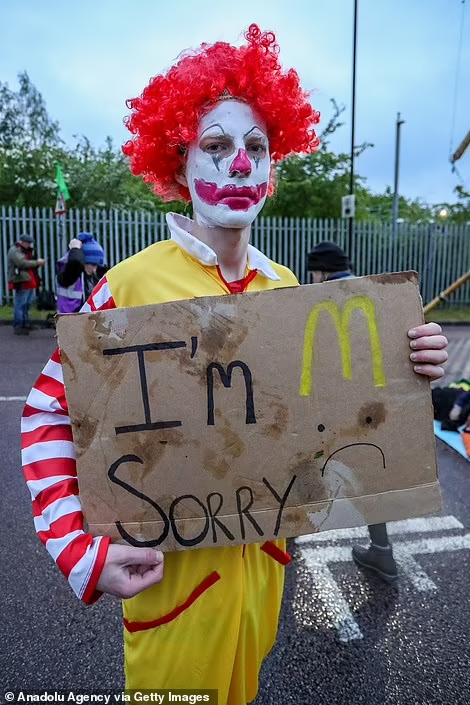 'Other than add a vegan burger on their menu, McDonald's has done nothing to change this. 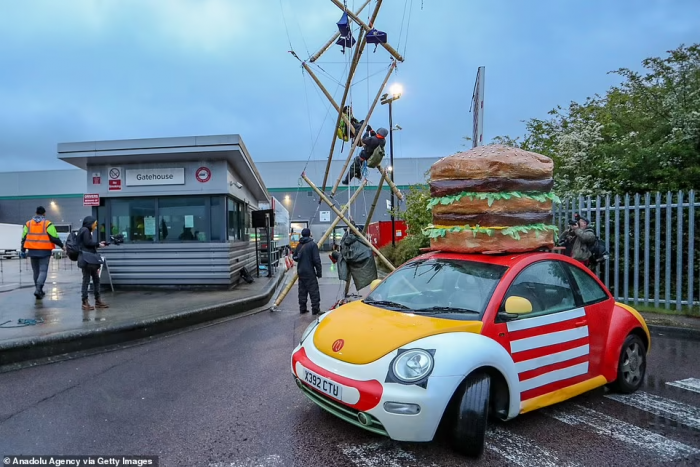 "Expecting people to change their behavior is no longer appropriate, the time for action is now." 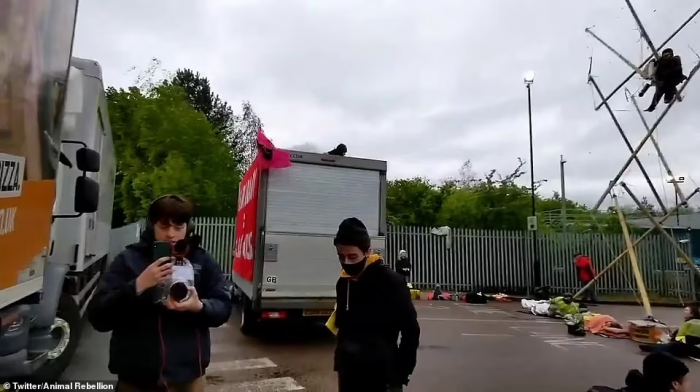 Seven women and one male have been remain in custody. 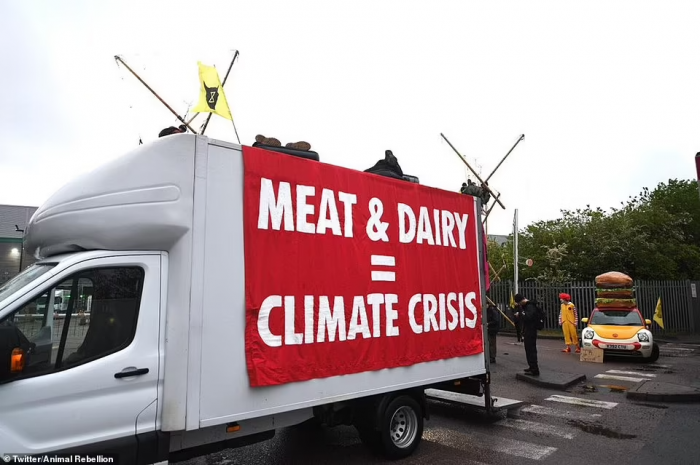 The chief inspector on the case had this to say, “'Everyone has the right to free speech and protest; however, officers will take necessary action against the few who deliberately choose to act outside the law." 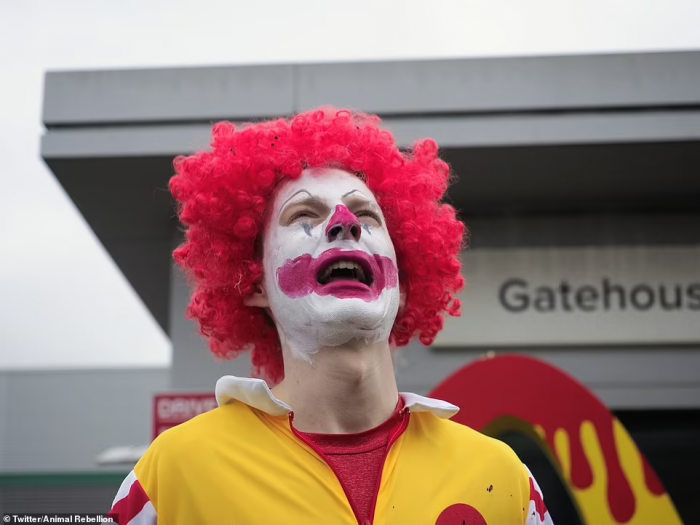 'We recognize the right to a peaceful protest, however, there are safety concerns as the sole entrance and exit point to the distribution site has been blocked and this is causing significant disruption to businesses, which we are taking seriously." 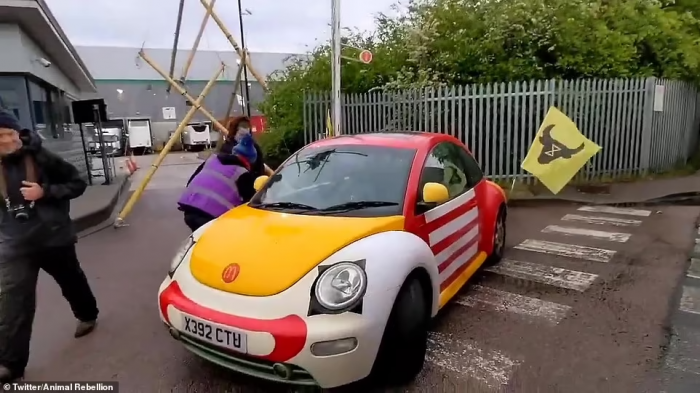 "We have asked the small group of activists to remain mindful of road users and in particular emergency vehicles and will continue to maintain an open dialogue with them." 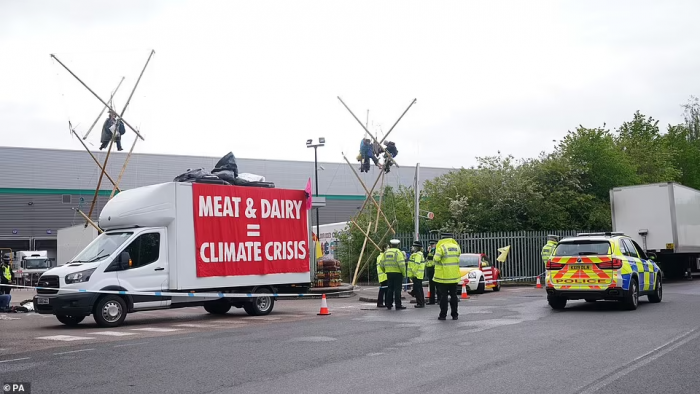 'We would like to thank the public and the local businesses affected for their patience and understanding while this protest continues.' 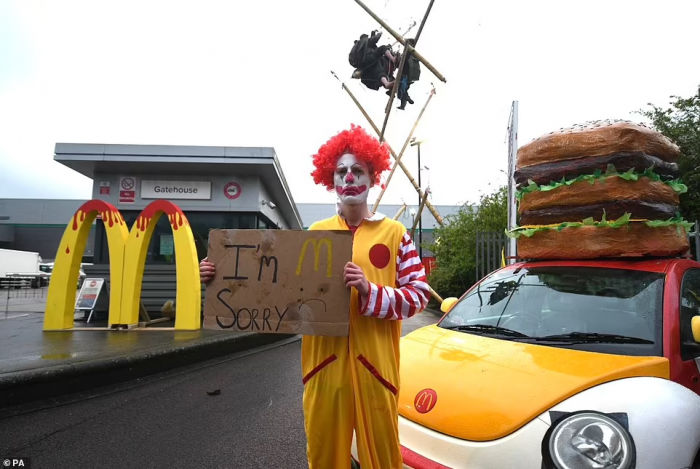 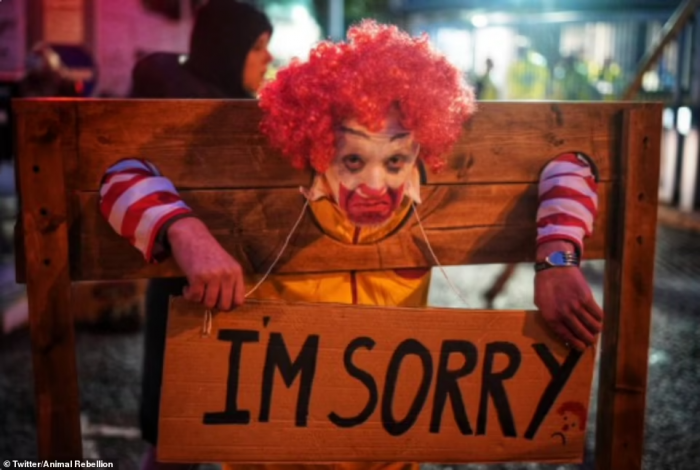 People on the internet responded in predictable fashion, making sure to double down on their McDonald’s consumption. 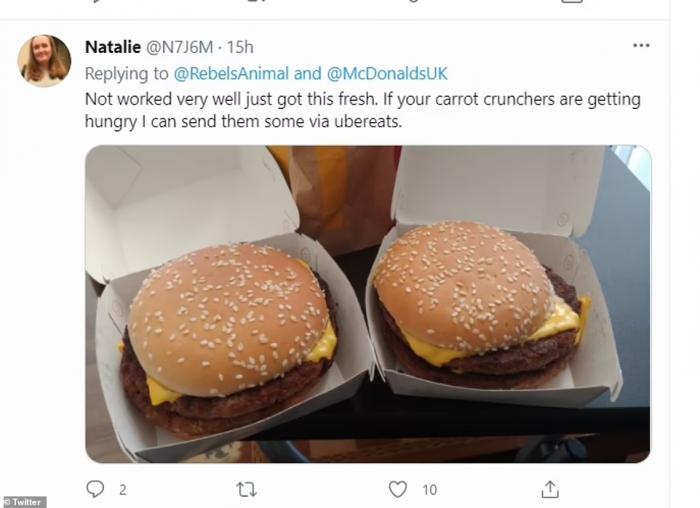 One user said that they appreciated all kinds of foods but could not support being forced to adhere to other ideologies.

Others were also annoyed by the lack of perspective on how the protests actually targeted workers who didn’t really have power in the situation.

One user just started craving McDonald's as a result of the protest.