Video of Top Police Trainer Teaching 'How To Kill' Goes Viral, Says Sex After Killing “Is The Best Sex” Because It’s “Very Intense”

Posted by Sama in Bizarre On 1st May 2021
ADVERTISEMENT

A shameful video of a top police trainer has gone viral on social media for absolute worst reasons. The man could be seen telling the trainees on camera that the sex after killing someone as a police officer is 'fantastic.' 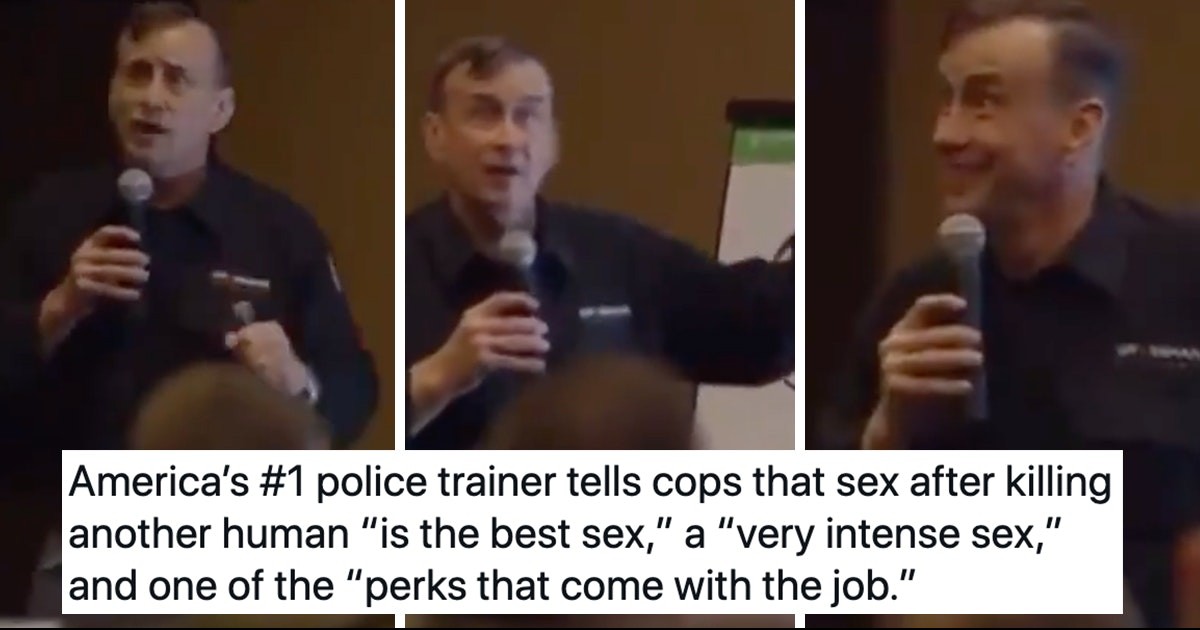 Dave Grossman who is well known as one of the nation's top police trainers was seen saying in a video clip that the sex after killing someone as a police officer is 'fantastic.'

Grossman is well known for pushing the trainees to use lethal force thus, making it possible for them to “kill without conscious thought.” 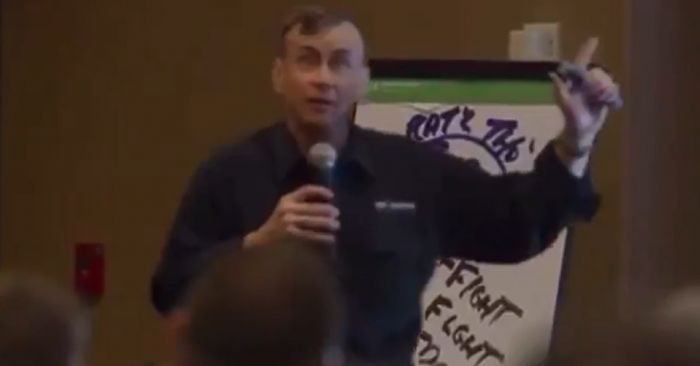 This kind of training has come under fire considering the raising question that why police rush to violence, especially against BIPOC.

Grossman's way of training and videos have become the talk of the town over the past few years highlighting some of the bizarre things he has told to the cops, but his latest video has gone viral for reasons all worse than ever. 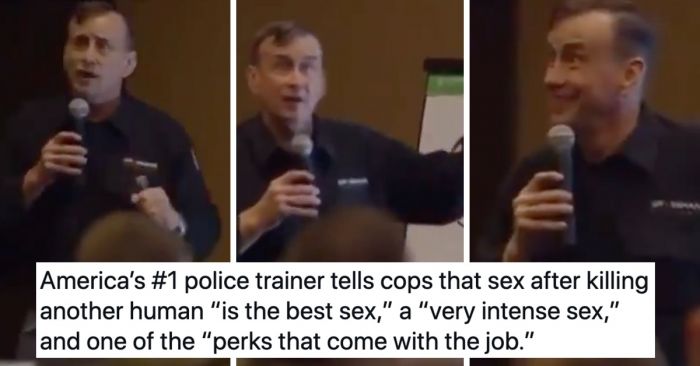 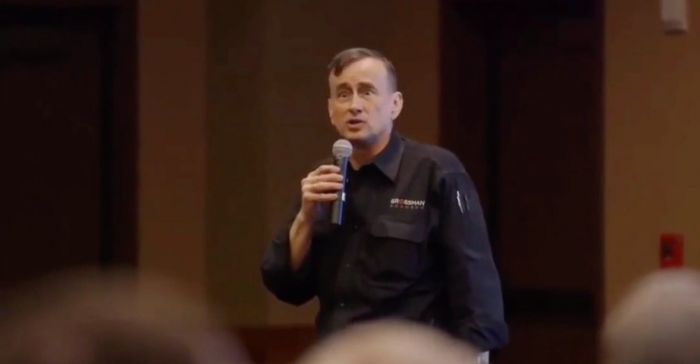 “There’s not a whole lot of perks that come with this job. You find one, relax and enjoy it.”

There are actually many perks that come with being a cop, including a high likelihood of being granted “qualified immunity” after killing or maiming someone on the job, but “great sex because I just killed or maimed someone” should probably not be one of them.

“Killing is just not that big a deal.”

“Feel good about it.”

One Twitter account Resist Programming that researches, documents, and highlights police violence and right-wing extremism, shared the footage of Grossman saying "killing is just not that big a deal” and cops should “feel good about it."

Grossman's training methods have been under fire for years now and Minneapolis  Mayor Jacob Frey even banned it from his city’s police department in 2019 following mass protests over Derek Chauvin’s murder of George Floyd.

The trainer has continued to be brought in to speak with police and appear as an expert witness in court cases across the U.S. In fact, his “Killology Research Group” continues to offer programs that advertise “psychological preparation for combat” for cops.

David Grossman is booked to do police trainings most of the year.

He teaches cops they are “the man of the city,” like “what the frontiersman was to the frontier” who “fight violence ...with superior violence, righteous violence.” pic.twitter.com/IxQ2hjtfKh

The main service offered by this group appears to mirror the idea presented by Grossman about sex after killing.

“A cornerstone for professional training if you might come into contact with inter-personal violence,” the website reads. “Knowing what strange and wonderful things might happen to your body in these stressful situations is the first step to making the correct decision in the heat of the moment… and after.”