Posted by Sama in Fails On 1st May 2021
advertisement

Internet is gagging with the new viral video of The Anna Show where a couple is seen creating a fruity flushy ice cream in a toilet bowl and then proudly presenting it to their unsuspecting friends outside. While very few found this entertaining, many found the action appalling and absolutely disgusting. 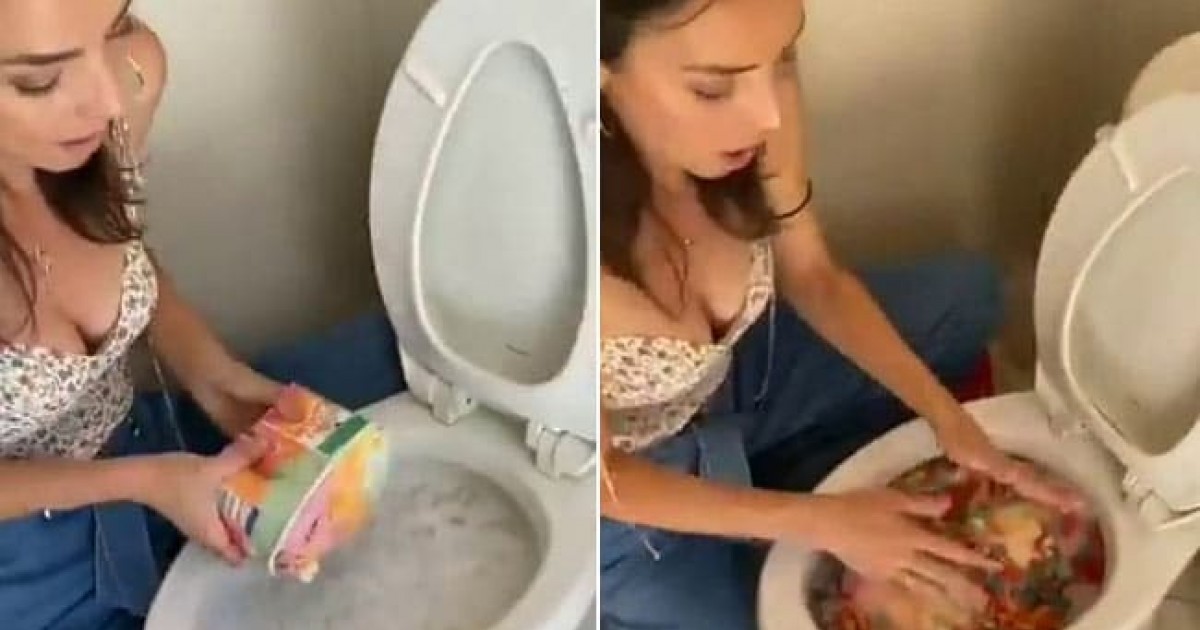 We live in the world of social media where coming across gross things is not something new. However, being a normal and definitely a 'sane' person there is also a limit to our taking of these kinds of disgusting things.

Especially when it comes to our favorite deserts, we don't take jokes related to them well.  So when an absolutely shameful viral tweet shows a couple filling a toilet bowl with ice, candy, and lots of ice cream in the toilet bowl, people are definitely not pleased.

The fun for this couple does not end here as they fill the toilet bowl with all sorts of candies including Sour Patch Kids, Airheads bites, fruit punch, and Sprite. 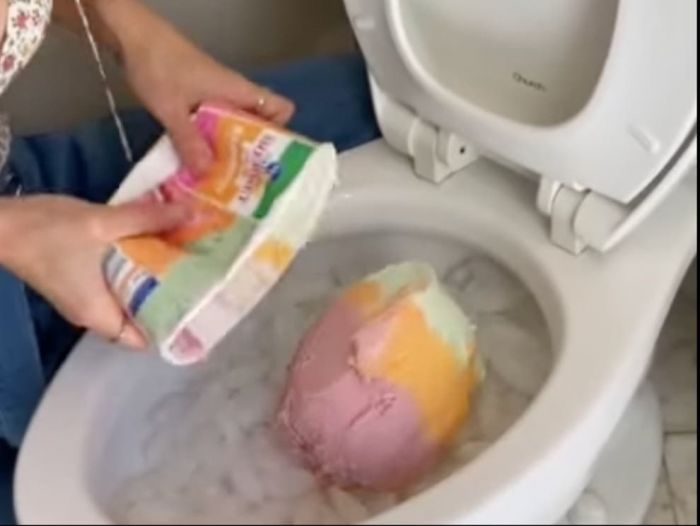 Oh, the best part or we say the most disgusting part?

When the lady finally flushes the soda it begins to submerge the candy and ice cream into something that we can only classify as a washroom nightmare.

Proud of her creation, she then puts them in glasses all set to be served to the guests outside. 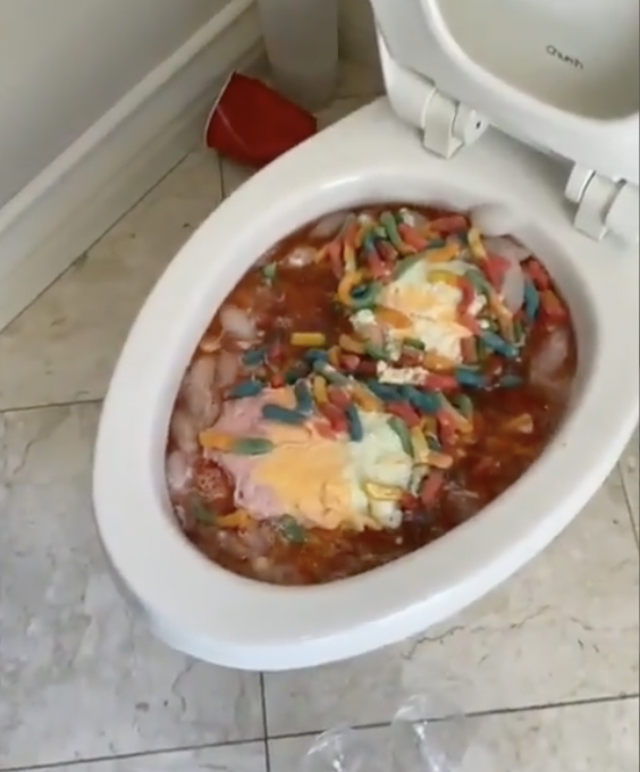 Reportedly according to Ryan Broderick of Garbage Day, the video was created by Taylor Watson, a musician who is seemingly a part of a Facebook prank video content network for The Adley Show,  created by Grammy-winner Adley Stump.

It is apparently a short form reality tv content show but with a target audience from the internet. The Facebook page has almost five million followers.

The full-length video is three minutes and seven seconds long and is captioned: “DIY punch trick...great for parties!”

“it went from worse to worser.”pic.twitter.com/Z7TAJKmqFC

However, the viewers of the video did not take the content well and were appalled by it.

“This killed me cuz the two of them didn’t bother to drink any themselves and served it up to their unsuspecting friends with a smile. We would NOT be friends after this at all!!!!! Nope!!! I feel a restraining order coming and a lawsuit for damages,” said one commenter.

Another commenter even decided to give the video a new name. “On this episode of First 48 : “A Fruity Flush.”

One time The Anna Show also created a video of Watson gorilla gluing AirPods to a young woman’s braided hair, getting her hair washed in the toilet, and many other bizarre and equally stupid viral moments.

Damn, this is pretty good, where did it come from?