Posted by Sumaiya Ghani in News On 27th April 2021
ADVERTISEMENT

A recent video recorded by a witness shows the cop brutally hitting the already handcuffed woman during the arrest. It also shows his colleagues trying to stop him and then the officer leaving the scene. "They told him to scoot over there and he left the scene after that." 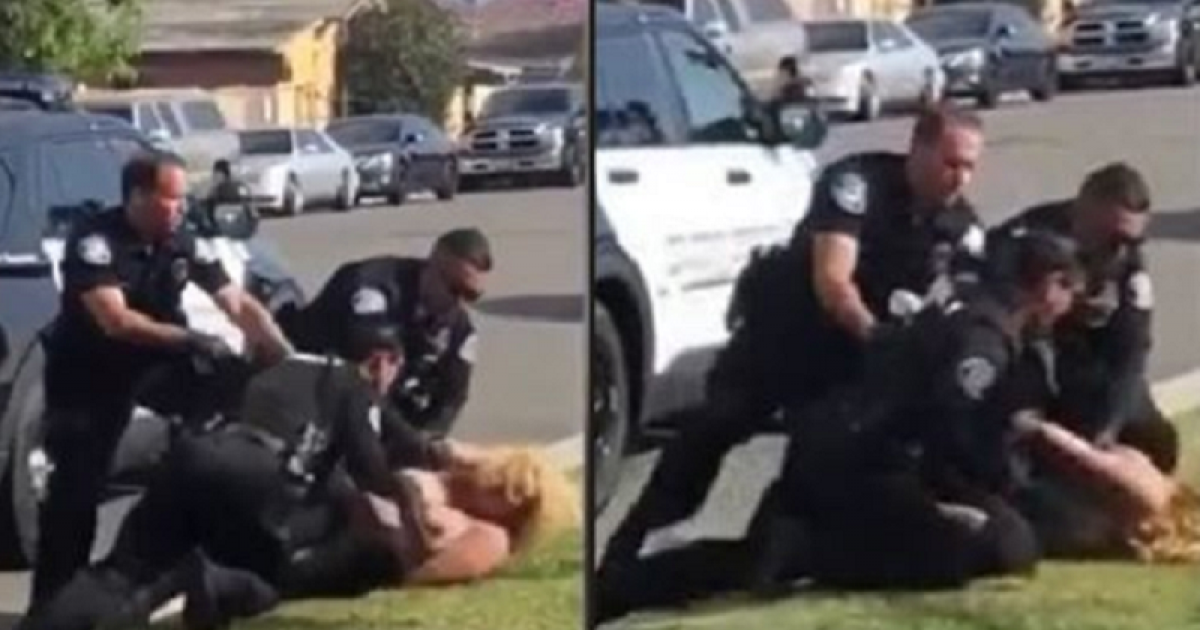 The video showed the violent police officer in Southern California punching a woman twice in the face while she was handcuffed. The video also showed the other police officer holding the woman on the ground, the officer who hit the woman has been placed on administrative leave while the incident is being investigated. 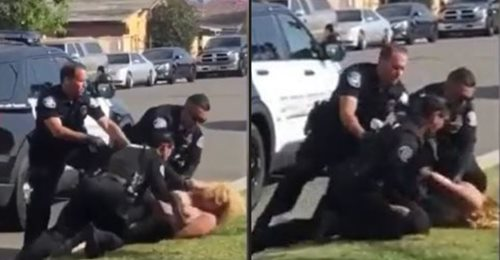 The witness, who also recorded the video, told the woman was hit when she was already handcuffed

A witness, Sandy Armenta. recorded the horrible incident on 21st April, Wednesday, in the northern Orange County area of Westminster.

Sandy told the woman named Ciomara Garcia, 34, was already handcuffed when the officer beat her.

"Everyone knows her from the neighborhood."

According to the police, they received a report against Garcia that she allegedly assaulted a woman attempting to rescue a dog that was running in the street.

Westminister police said when they reached the neighborhood and handcuffed Garcia, it looked like she was under the influence.

One witness told that first Garcia hit the officer first in the lower thigh upon which he punched her in the face. The other two officers intervened to stop the officer from hitting her further.

On the other hand, the footage doesn't show what happened before the woman was hit.

Currently Garcia is facing a prior felony vandalism charge

The official statement released by the Westminster Police Department says:

"While waiting for paramedics, Garcia was not compliant and she became combative with the officers."

"While trying to control Garcia, a WPD officer used force and struck Garcia two times in the face with his fist. Two WPD officers immediately intervened and de-escalated the situation."

"After careful review of the video and based on the totality of the circumstances, a Westminster police officer was immediately placed on paid administrative leave pending an internal affairs investigation."

"The Westminster Police Department is well aware of portions of the video circulating on social media."

"The Westminster Police Department considers this a serious event and will ensure that this investigation will be guided by the law and the truth."

Armenta, who recorded the video, says the officer's colleagues stopped him from hitting the woman further.

"They told him to scoot over there and he left the scene after that."

Garcia is facing a prior felony vandalism charge and there are chances she might also face other charges such as resisting arrest or hitting a police officer.

The Orange County District Attorney will also determine whether the police officer would be charged for hitting the woman or not.