Posted by in Fails On 21st March 2021
ADVERTISEMENT

Owners of Rickshaw Bar were forced to shut it down when the theme of their bar was brought to the attention of the public. The Vietnam War themed bar angered people that they were profiting off of a tragic event. 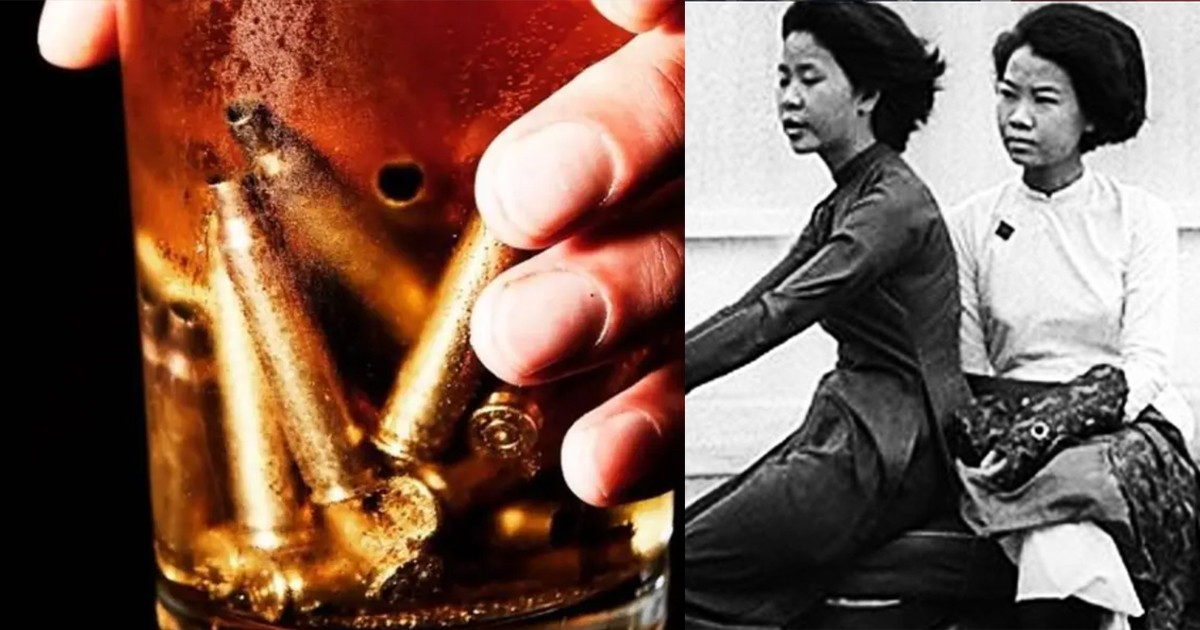 Owners of the Rickshaw have been forced to shut it down after their theme sparked the ire of the public for trying to profit off a global tragedy. 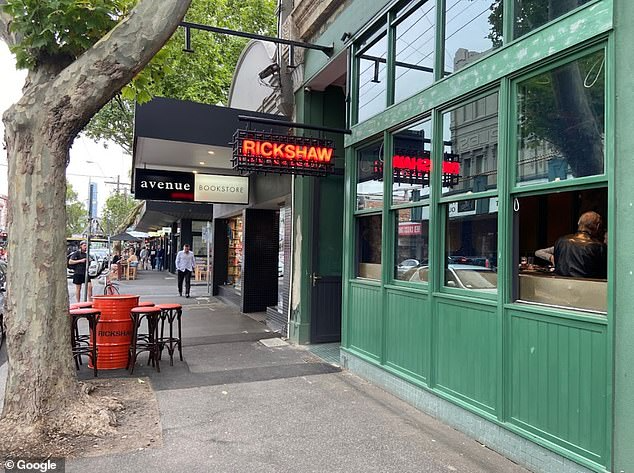 In addition to the theme of the bar, there were certain social media posts in particular which the public thought were tone-deaf and exploitative. 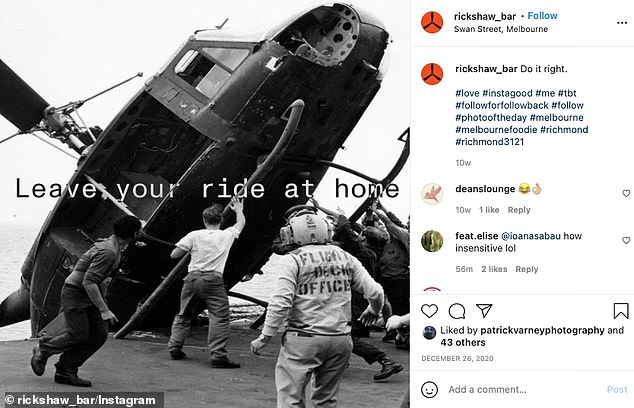 This include imagery relating to the event, showing fallen aircraft, dog tags and references to Agent Orange which was a weaponized chemical agent used by the USA against the Vietnamese. 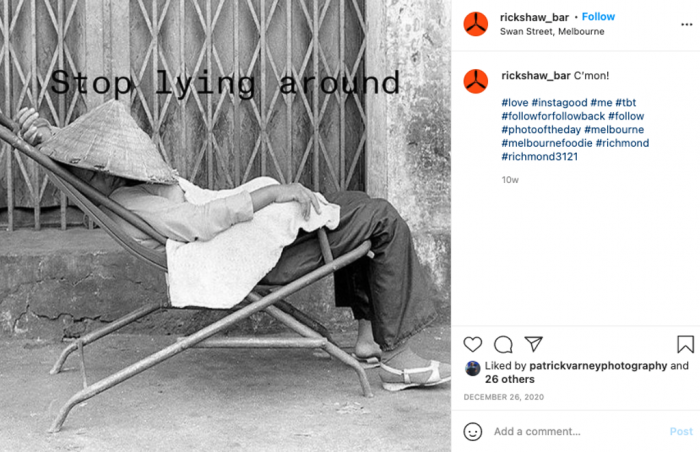 They called their booths ‘bunker’s and used idioms like ‘There’s no smoke without fire.’

The bar had been opened in an area that was called ‘Little Saigon.’ 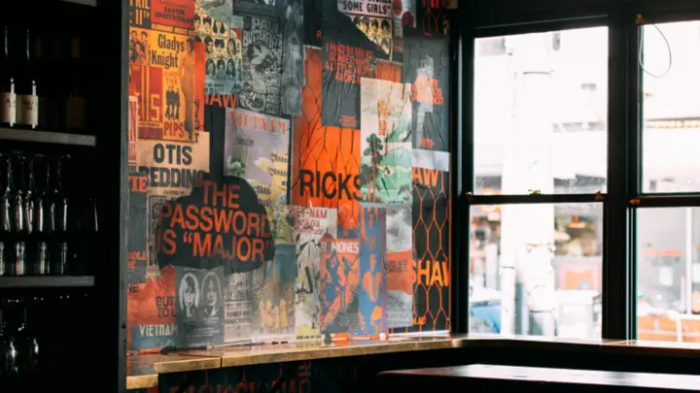 It was when Liminal Magazine called out their behaviour that others chimed in. Their social media post stated, “Imagine a war where over a million people died, & then imagine deciding to create an aesthetic out of it, to sell cocktails filled with bullet shells, with an Agent Orange theme.”

Imagine a war where over a million people died, & then imagine deciding to create an aesthetic out of it, to sell cocktails filled with bullet shells, with an Agent Orange theme.

Welcome to ‘Rickshaw Bar’, now open in Melbourne. This is Australia. pic.twitter.com/jisjdexmPn

Other users responded with, “You are trivializing other people’s trauma.

“My family is still suffering PTSD and you thought it was a good idea to capitalize on their pain.” 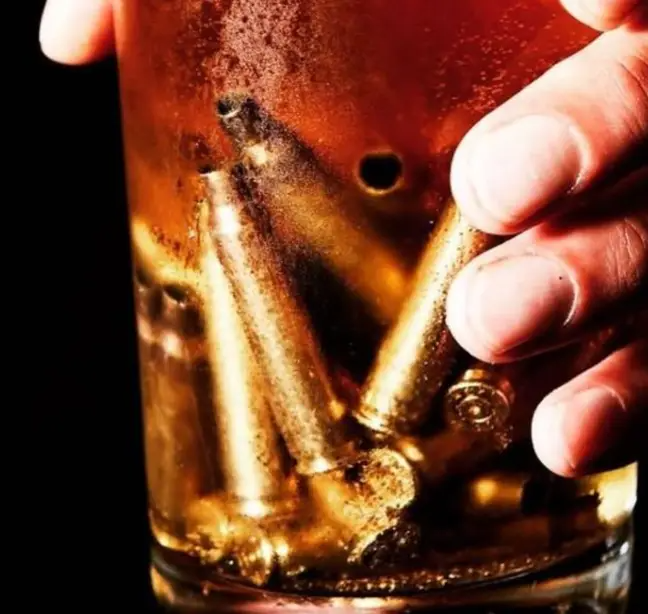 What really caused further backlash however was this apology.

People were infuriated at the manner in which it was phrased with them putting the onus of the offence on those who felt it. 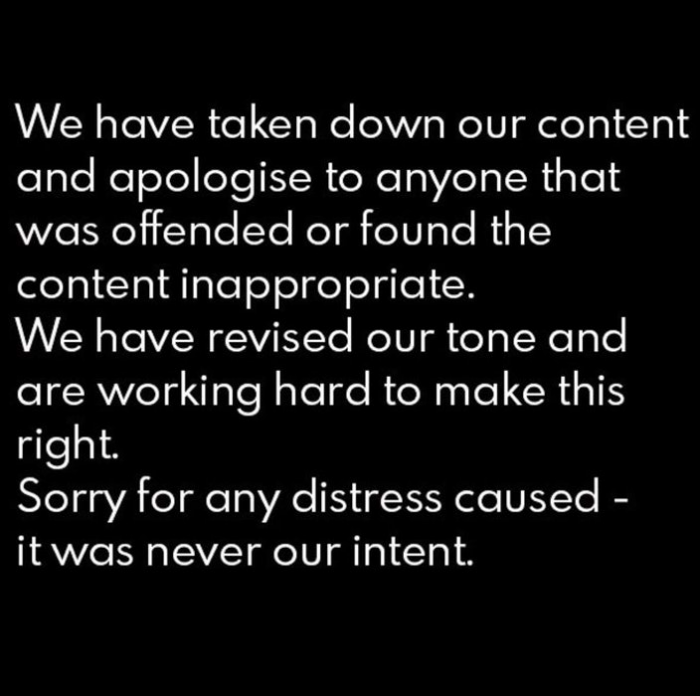 This was unacceptable for many, who once again called them out for this non-apology.

pls not just outrage, organise/mobilise irl/sabotage and boycott rickshaw bar until they can be accountable for profiting off war trauma and demand them to redistribute $$ to local working class first nations and vietnamese communities https://t.co/wC5SiWi8wi

The Vietnam War themed bar in Richmond has scrubbed its IG account and posted a “sorry if you’re offended” type apology pic.twitter.com/amvkKjYglk

The bar has since deleted it’s social media posts and deactivated its accounts. 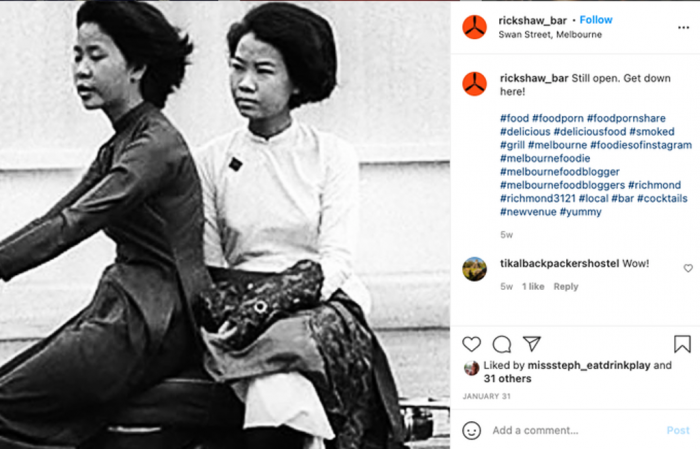