Posted by Annie N. in Fails On 28th March 2021
ADVERTISEMENT

A seller posted an exchange online calling out a customer for being ableist and cancelling her order because she was autistic. Turns out she had made the entire exchange up so she could go viral and benefit her business. 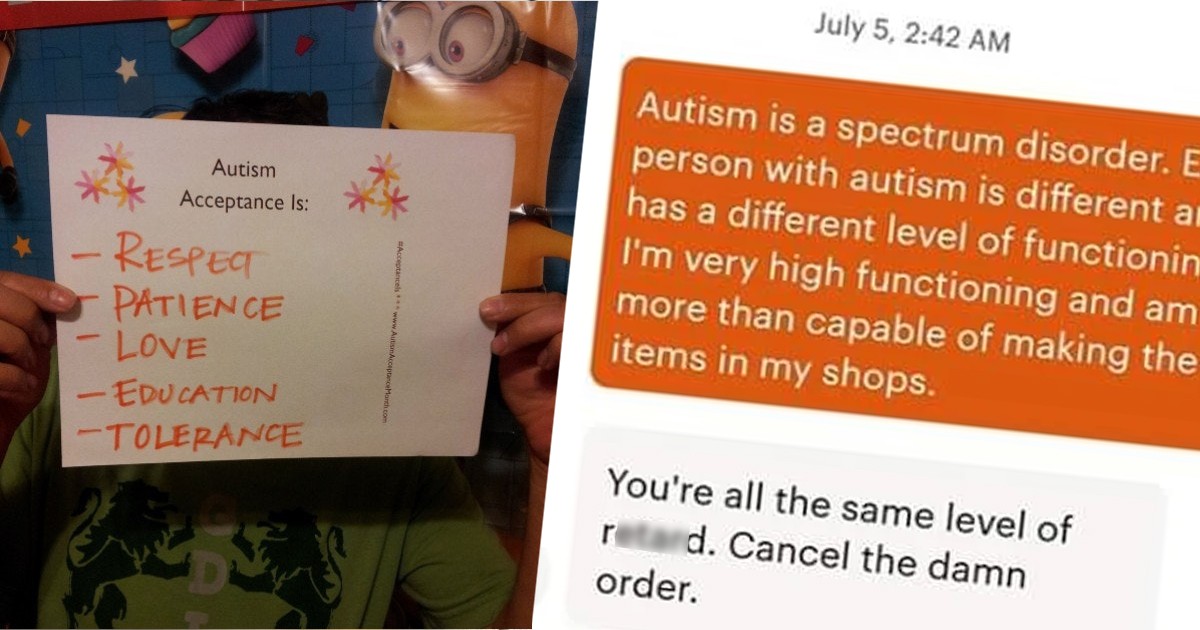 It started when a seller called Destiny posted this chat exchange online. A woman had allegedly ordered two custom mugs from her which she had started creating when she was asked to no longer work on the order.

Destiny then replied that it wasn't possible since custom orders need to be placed beforehand and that she can't reuse the resources used for her project. 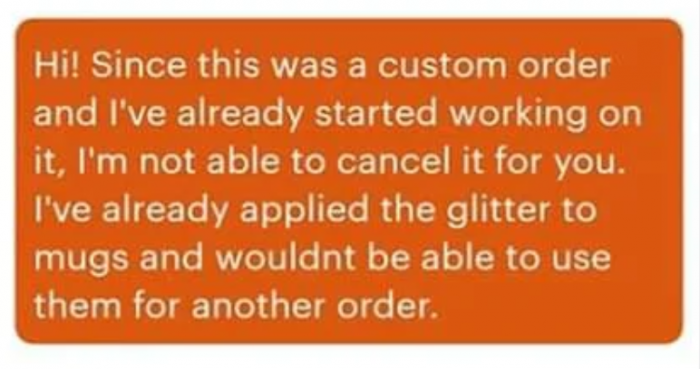 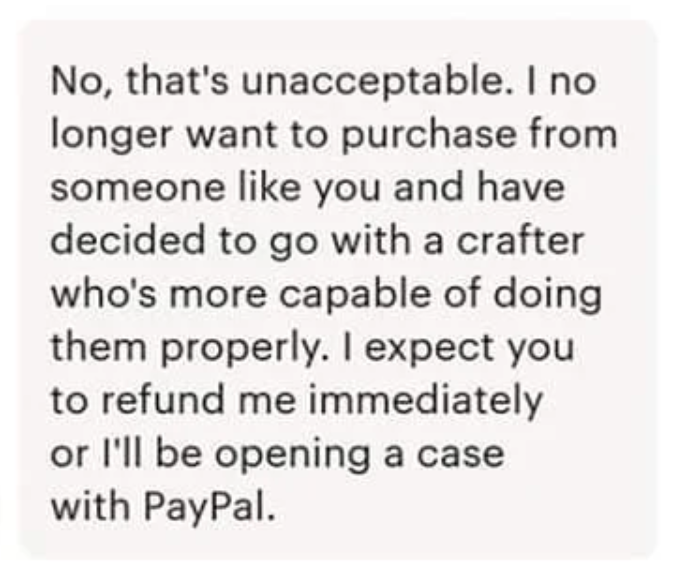 That's when Destiny asked why she thought she was incapable and quoted her stats and high sell rate on the website. 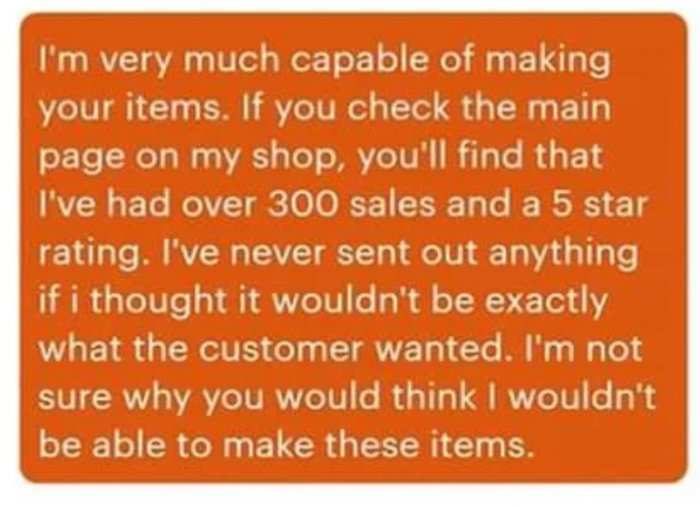 The 'client' then revealed that they didn't want to work with someone that had autism and thought that anyone with the disability would be unable to make the mugs properly. 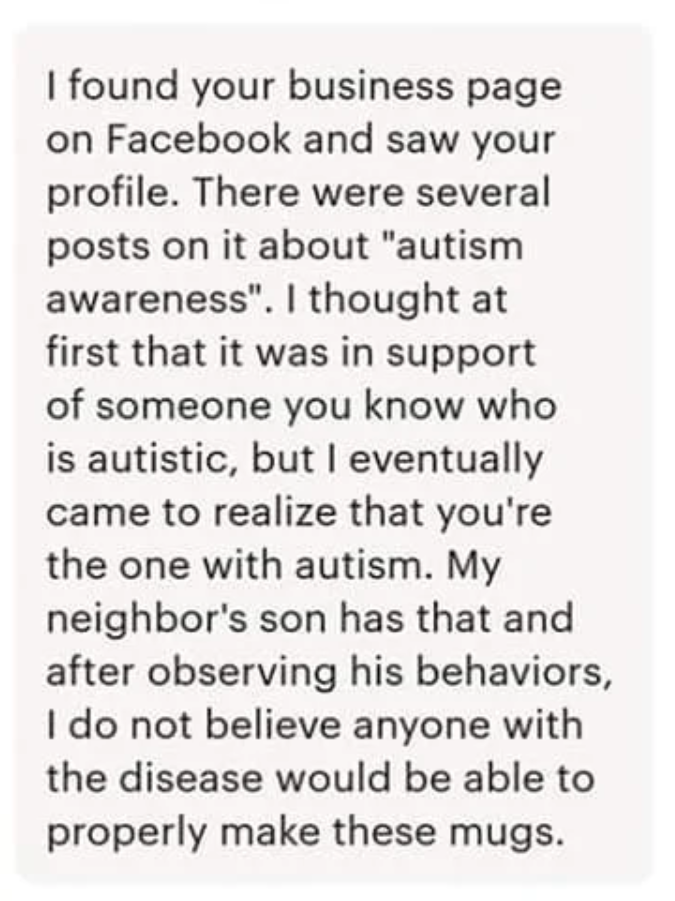 The seller tried to clarify that capabilities vary across the spectrum and that she would indeed still be able to complete the order. 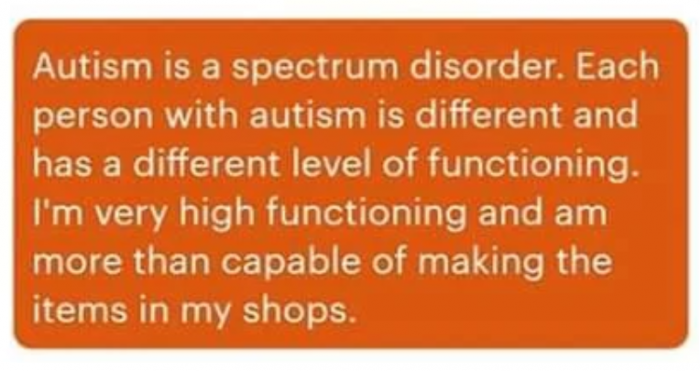 That's when the 'client' went nuclear and used the 'r' word.

You can read the entire exchange here.

People were fuming and could not believe someone could act like that.

One user mentioned how such behaviour can be further damaging to autistic people and communities.

Then, however, the situation unravelled and it was revealed that the seller had made this text chain up by messaging herself.

In fact, someone named Loretta had started to get hate for this fake argument when she was never involved.

There was no sale recorded on her history for the date on which the seller claimed this event had ocurred.

Unfortunately, the reveal did not become as popular as the story and people still believe in the fake chat. 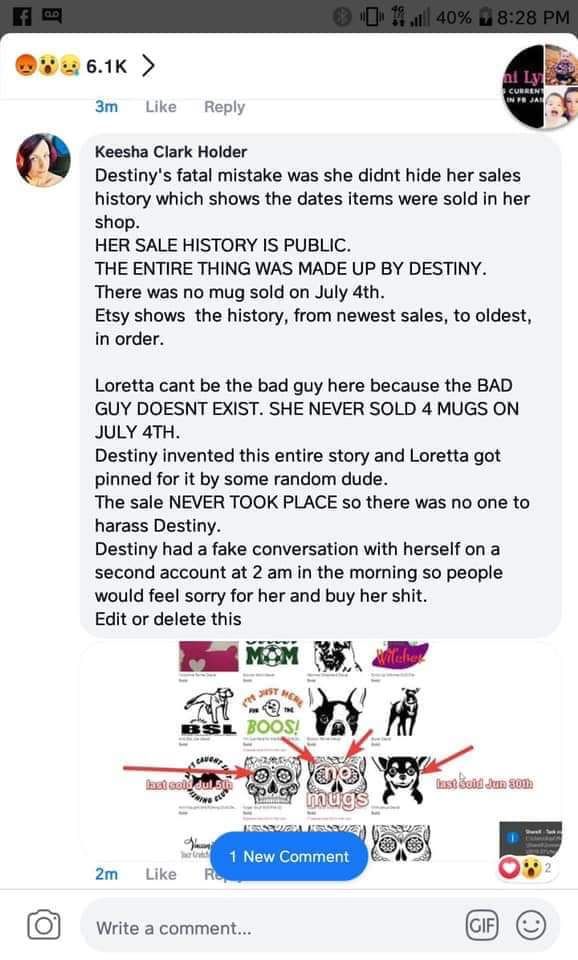