Posted by Sama in Cringey On 19th September 2021
advertisement

Cassie Holland decided to put this man in his place after he asked her out on a date in a very disrespectful manner. However, Cassie had no idea her video will go viral and the man will come back to her with the remaining ripped bills before things blow off more online. 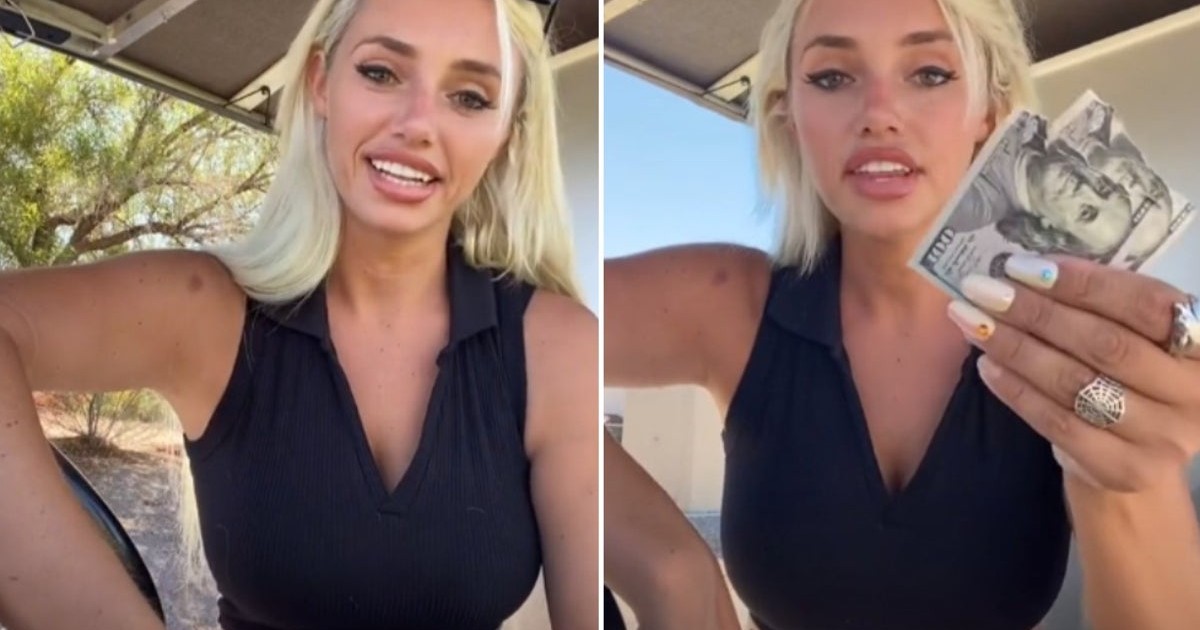 This one customer decided to go down the dirty road and put his money in line in order to score a date with the server. However, things didn't turn out the way he expected them to.

Cassie Holland (@cassholland) works at a golf course as a cart girl. Holland took to TikTok to share one bizarre happening with her when she shared three torn $100 bills on camera with her followers.

“What the hell is this? $300 dollars... In half,” Cassie says as she separates the bills to show the three notes ripped in half.

She goes on: “You’re probably thinking someone tried to trick me and short me. But oh no, this guy had bigger plans in mind.” 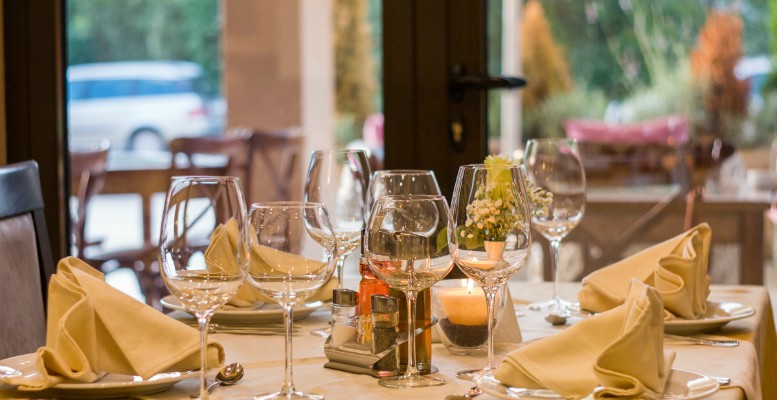 Cassie then shares how a golfer came in and bought drinks with his friend. He was “tipping good and being really nice” and then “asked if I could go to dinner with him”. Even when she said no, insisting she was busy, he responded:“ Well, cancel your plans and come with me.” 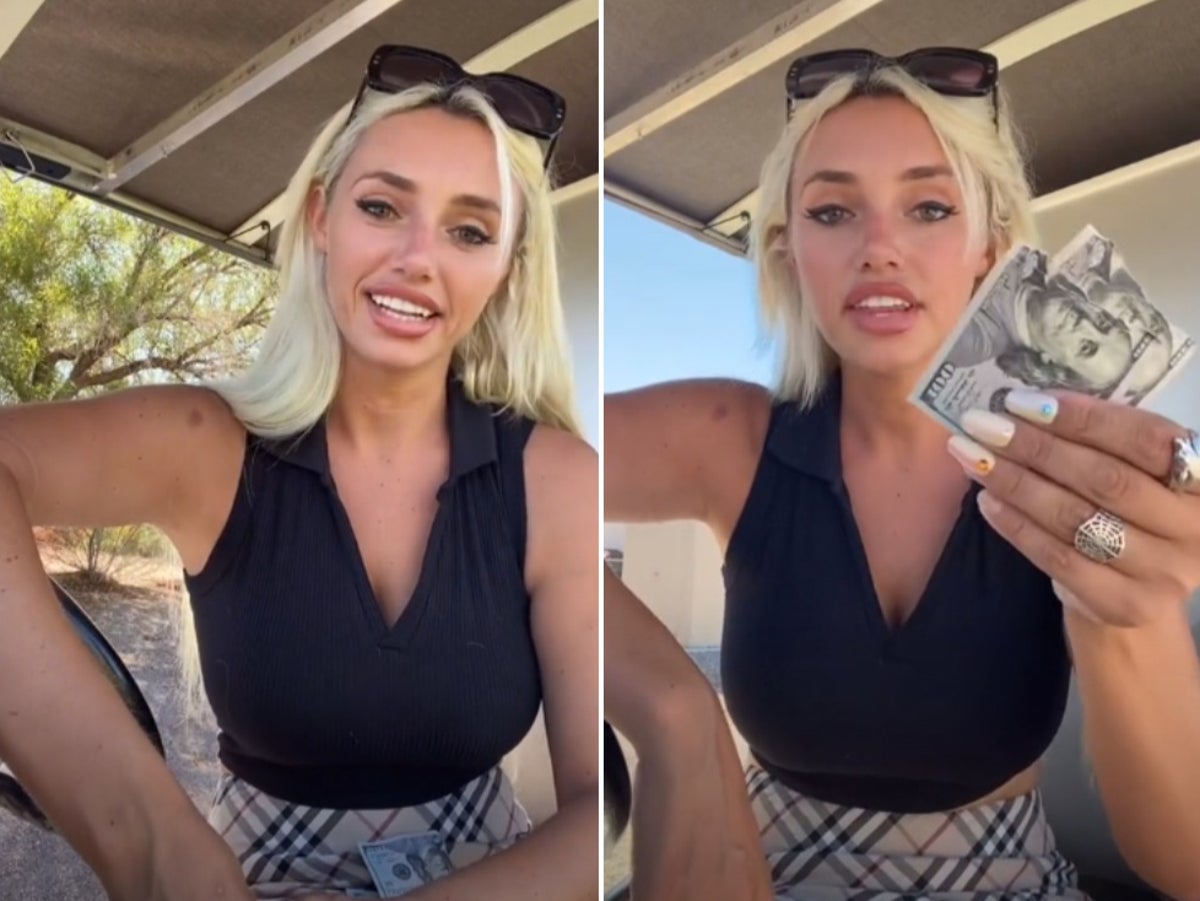 Standing by her decision, Cassie turns him down again.

However, the man appeared to be really persistent. Then according to Cassie, the man proceeded to rip $100 bills, and in a cringe pick-up line, offered to give Cassie three halves of the $100 bills. He promised the other halves if she met him “in front of this casino” later in the evening. 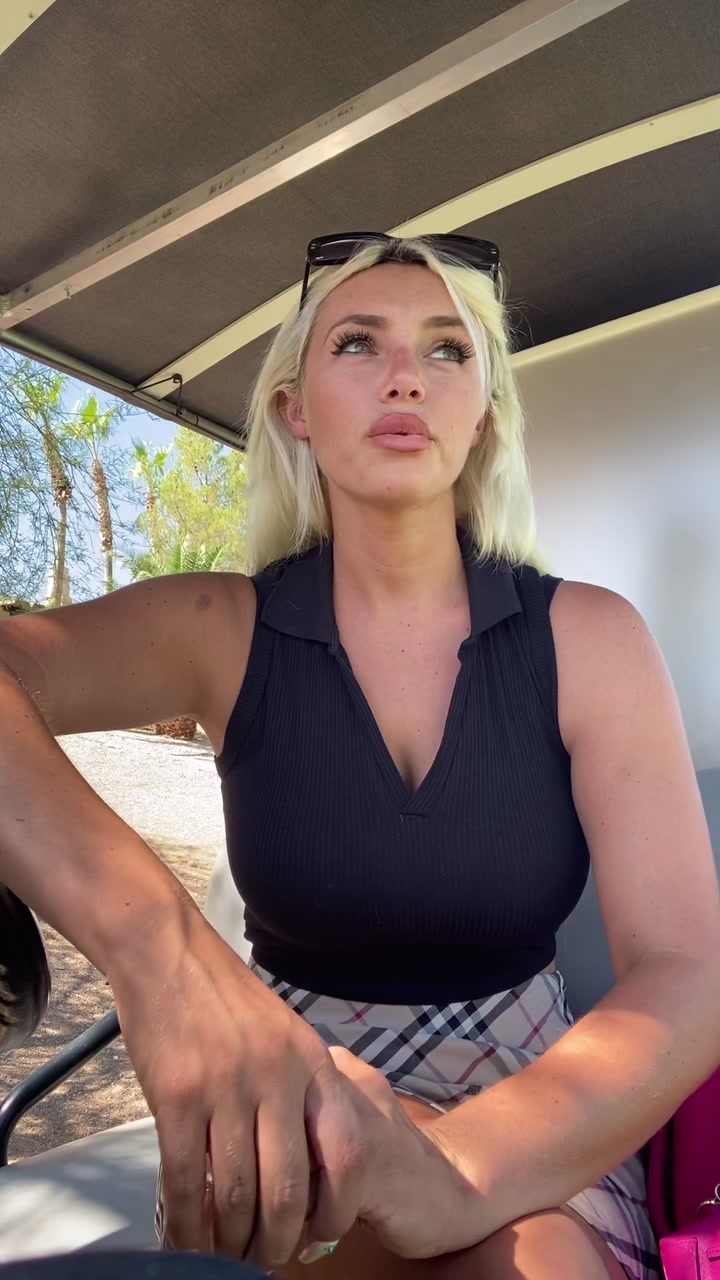 “So clearly he already had this whole idea planned out,” Cassie said.

However, Cassie shares that she noticed after the man left she found ripped cash placed in her golf cart's drink holder.

As she showed off the ripped money again, she said: “So now I have this, just completely useless $300.”

Cassie says she first felt really mad and disrespected but then noted: “I don’t really lose anything. He’s the dumbass that lost $300.”

However, she was confused about how to deal with the torn bills.

“I can understand once you have the three halves you probably want the other ones,” the TikToker mused about his dating technique and pondered on whether he has done this to another woman previously.

Without a date, and $300 down, it’s safe to say that the man was the one who lost out. “It’s funny because he probably thinks he’s a genius but he really just lost $300. For nothing,” Cassie concluded.

Cassie's video has gone viral on social media with hundreds of people advising her on what to do with the ripped money.

One person wrote: “Take them to the bank and have them measure it, if it’s more than 51% of the bill then they will give you a complete $100.”

Many were disgusted with the man's actions.

Someone added: “Bribery, men are something else.”

“You go girl. Don’t let them try to control you like that,” another person replied.

As the video went viral, the man apparently had a change of heart and in a follow-up video Cassie shared: “So guess who showed up today?”

“The guy who gave me $300 ripped in half. Turns out he saw my video and realized what he did wasn’t very smart.”

The man then handed over the other half of the bills and said: "Well there’s the $300 for you, and you know where to find me if you wanna ruin my night tonight.”

But Cassie wasn’t having any of it, adding: “You know what would really ruin his night? If I didn’t show up at all. Again.”

She then directly addresses the man at the end of the video and says: “Buddy if you’re watching, thank you, but like I said before, I’m going to accept this as an inconvenience fee.”