Antonio Morgan was just driving down the interstate in St. Louis Mo, when he saw a car lose control and crash into the median. He immediately sprang into action as the car caught ablaze and saved the driver's life. 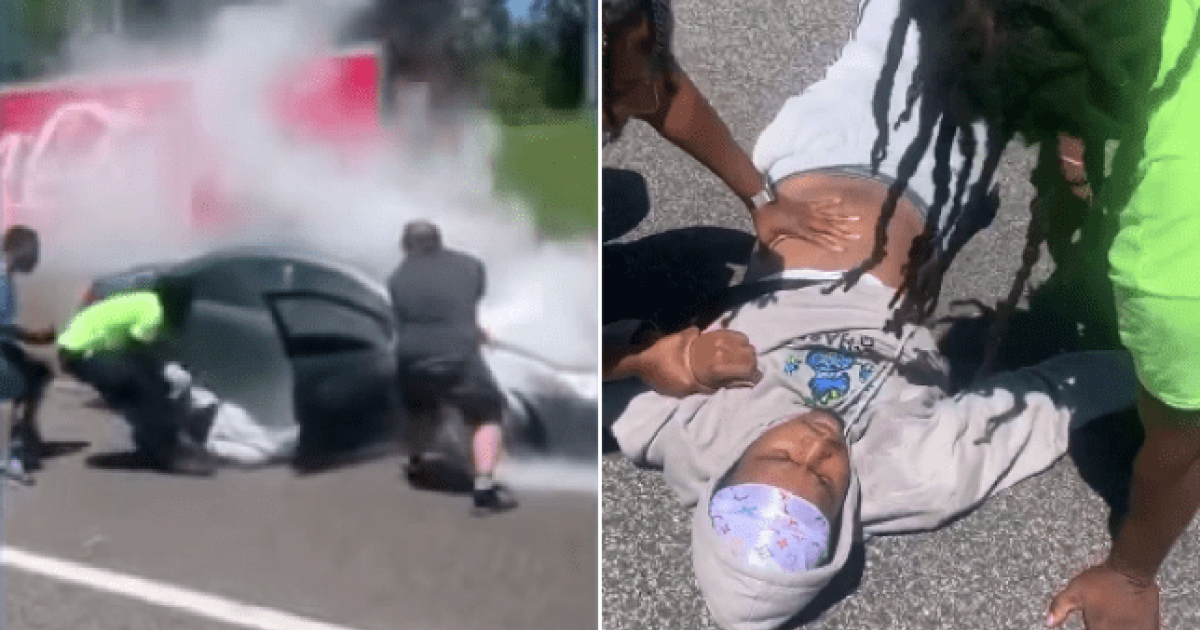 A Missouri Good Samaritan has earned the praise of the country and has been called a "guardian angel" after he selflessly risked his life to save a young man from a burning car.

Antonio Morgan of St. Louis was driving along I-70 when he saw a car slam into the median. 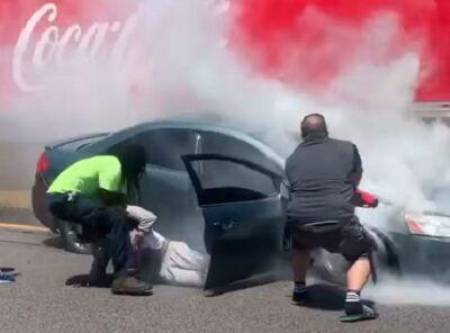 Morgan told CBS affiliate KMOV that he "immediately rushed" to the driver's aid.

Morgan's 14-year-old son caught the entire incident on video as his father climbed into the vehicle to rescue the driver. Suddenly there a loud explosion and you can see flames engulf the car. 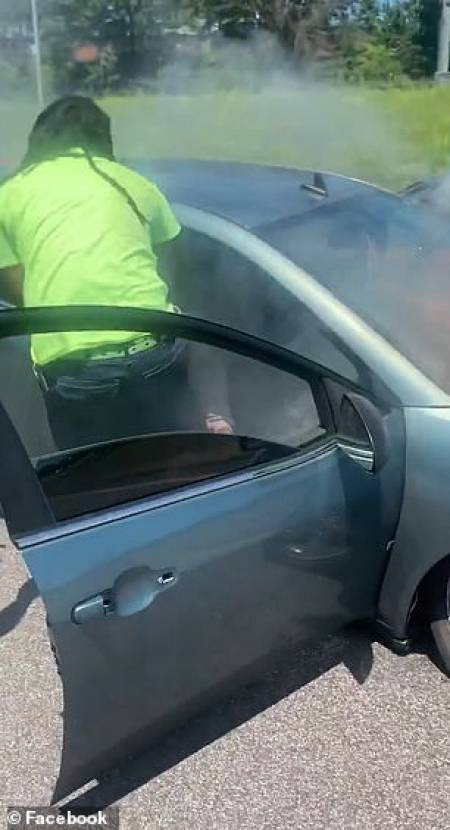 Morgan continued, "That last pull, I was out of energy. I was rushing. My adrenaline was rushing, man."

"I am pulling. He’s not coming. I saw his seat belt. The smoke was right there in my face. I unhooked his seat belt and pulled him out. Those flames started right after the smoke. It was hot." 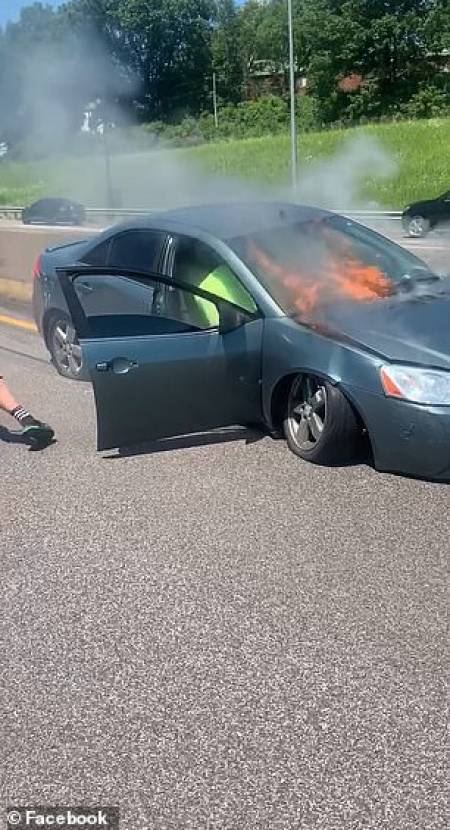 Morgan then briefly backed away from the vehicle before giving it another go and finally getting the driver out. As he is dragging the accident victim away another man can be seen running up and dousing the flames with a fire extinguisher. 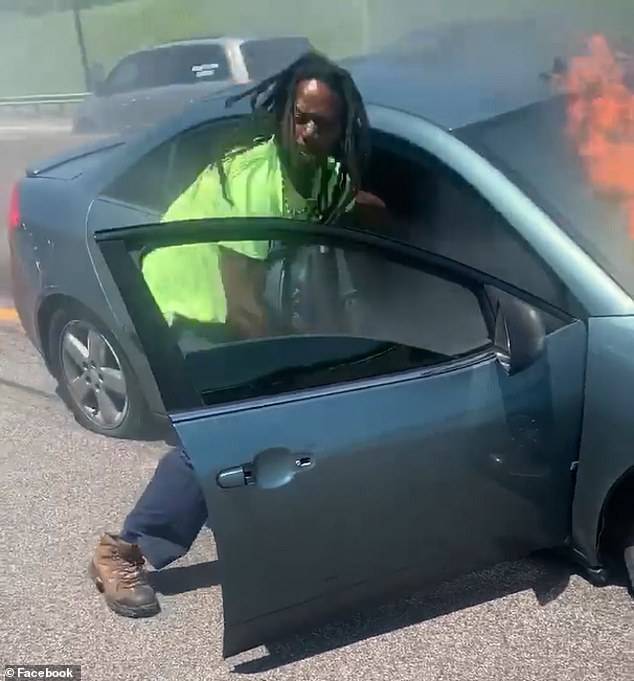 23-year-old Kielen Robinson has been identified as the driver of the vehicle. Robinson told the news outlet that he only had minor scratches from the accident.

He said, "I don’t know what happened. I was just driving. I just woke up. I don’t even remember climbing out of the car." 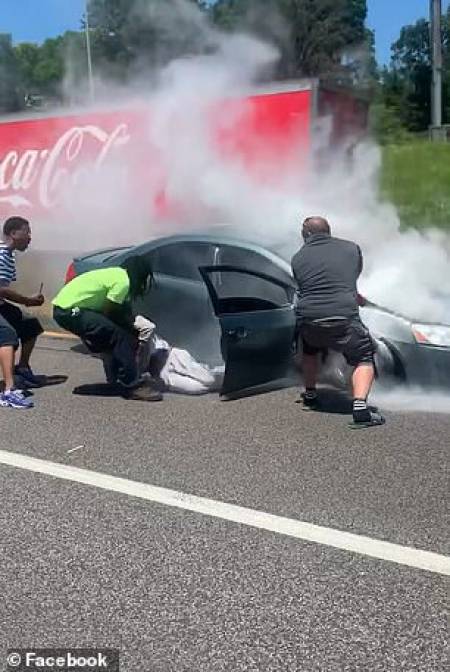 Morgan and Robinson would later reunite the next day with Robinson saying that he "could not believe" the video after he watched it. He said, "We need more of our brothers to come together." 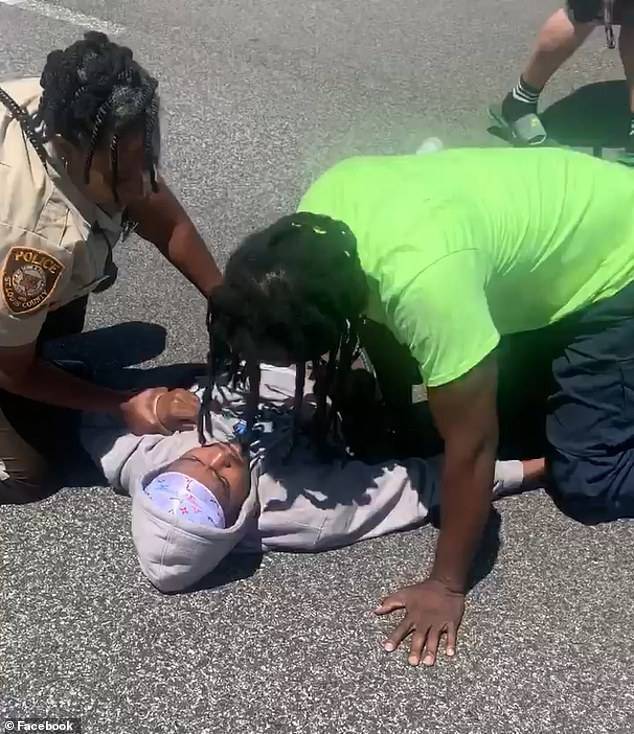 Kim Johnson, who is Robinson's mother, was also stunned by the video, telling the news outlet, "When I saw the video I just broke out in tears."

After rescuing Robinson, Morgan met his mother where she thanked him for saving her son's life. 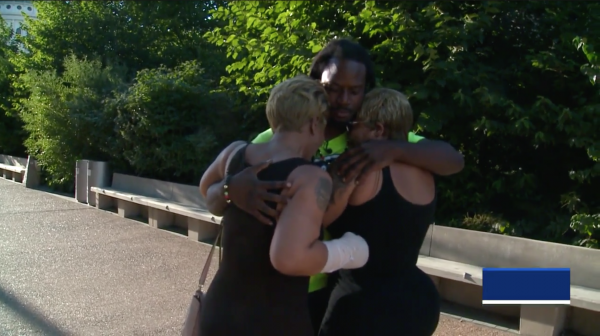 Robinson said, "If he would not have been persistent and stuck on that my son would be dead right now and I would be planning a funeral. My guardian angel saved my baby. This man, hallelujah, thank you, Jesus." 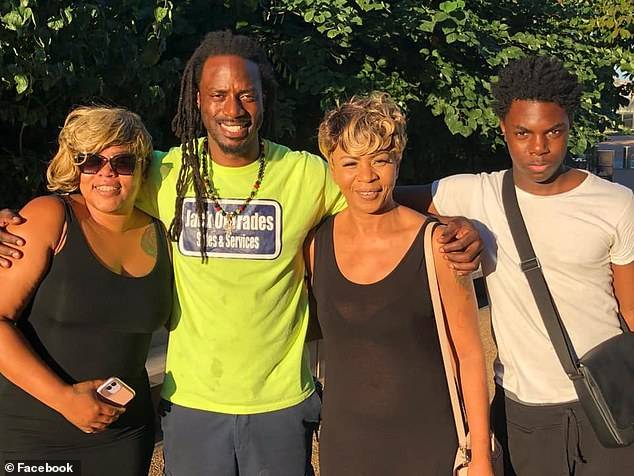 Watch the video of the harrowing rescue below.

You can see the video of Mr. Morgan's meeting with Robinson below.