Posted by Sama in News On 5th January 2022
advertisement

A shameful incident captured in a TikTok video showing a Tower of London guardsman trampling a child who was standing in his direct path sparked a debate online. While many say that it is the child's fault for coming in the path of the soldier and that the guardian who was supervising the child should have known better. However, few empathetic people criticized the guard for trampling over the little child without even considering that the child could get hurt. 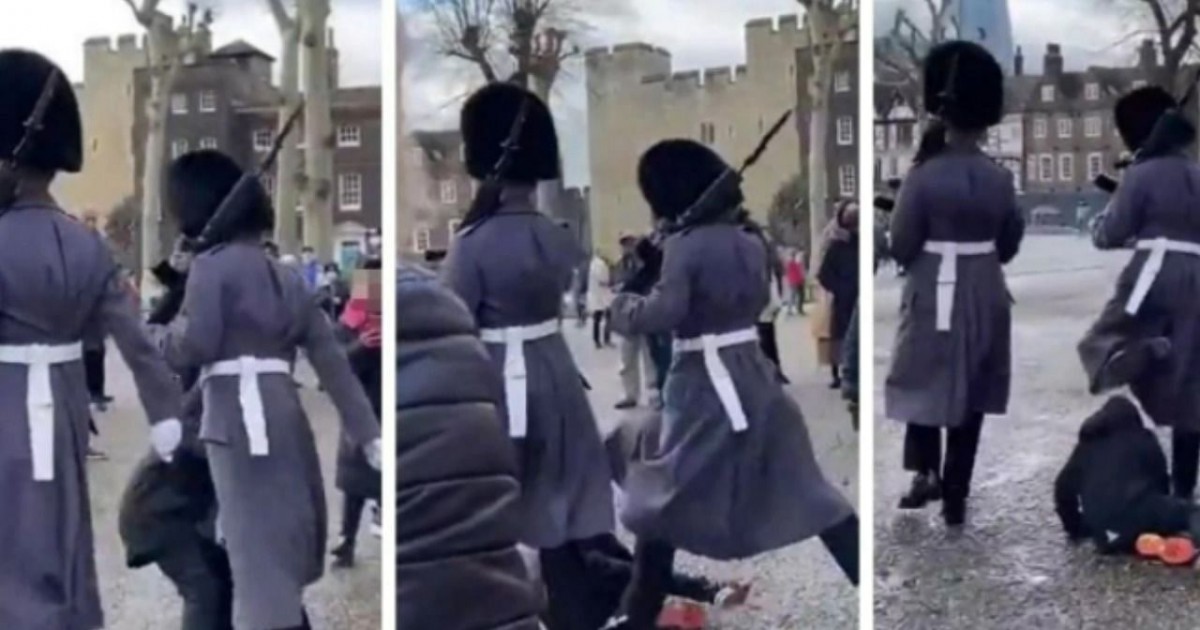 On TikTok video showing a Tower of London guardsman trampling and walking over a child who was standing in his direct path has sparked an online debate.

Few people expressed their concern for the child's safety and pointed that it wasn't necessary for a child to be knocked over and trampled by a grown-up. While majortiy maintained the child should have stayed out of the way of the two marching soldiers of the Scots Guards. 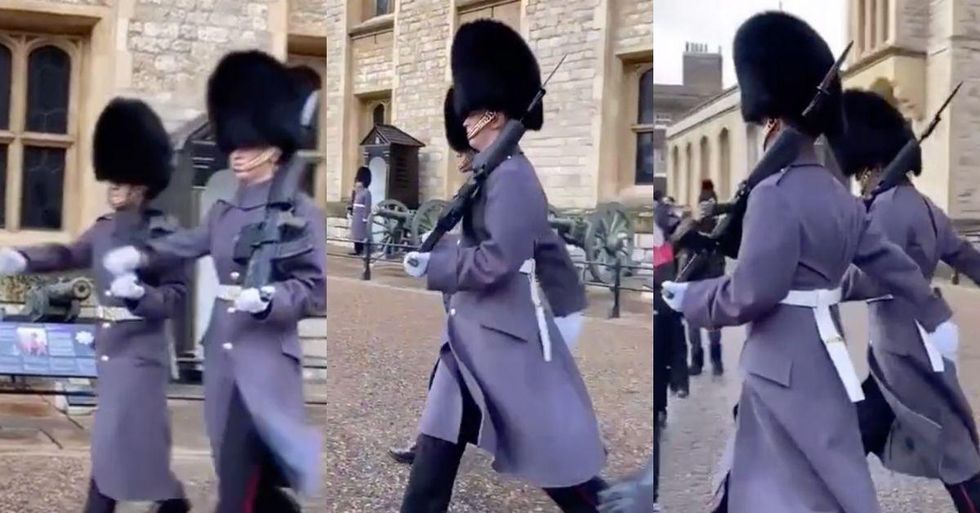 The short clip shows the child coming in front of two oncoming guardsmen–dressed in blue-grey coats, bearskin caps, and bearing rifles–and did not get out of their way.

Without hesitation, the men barreled through and one of the guards walked over the child who was knocked over from the impact. 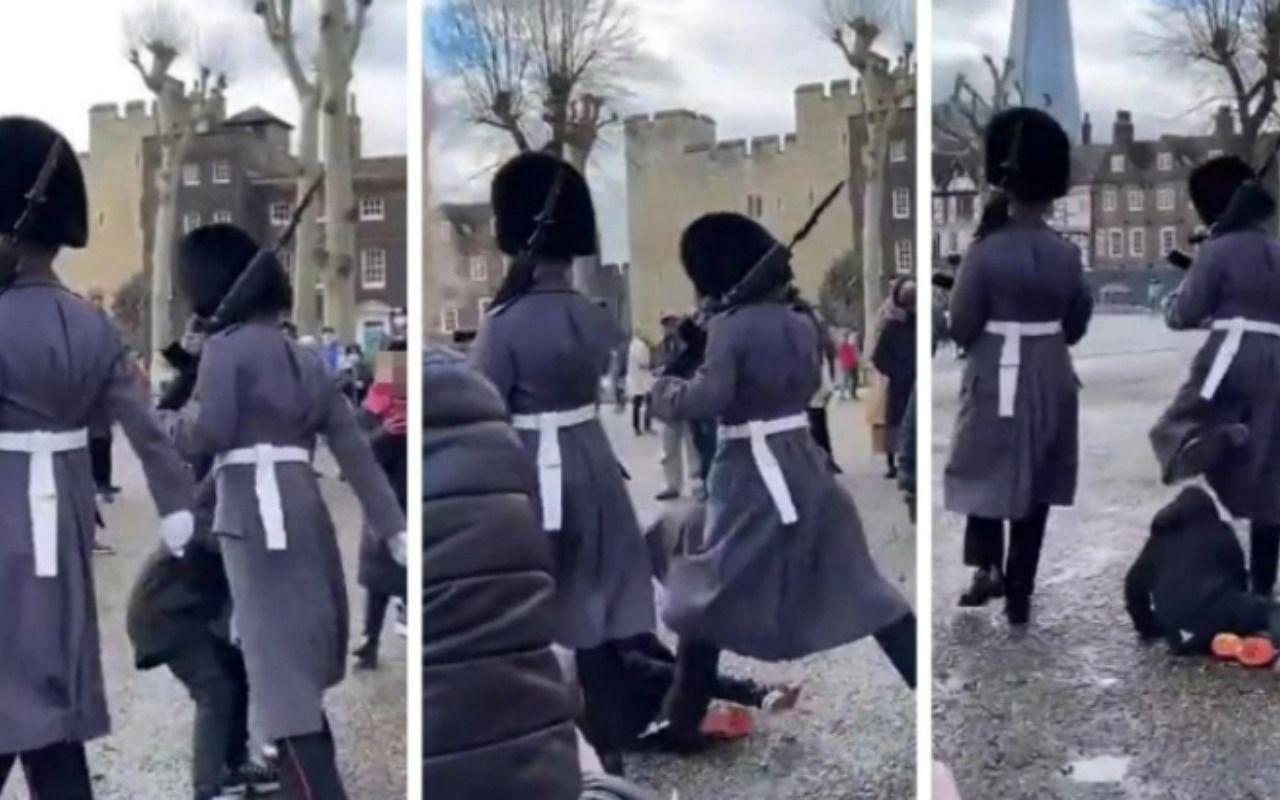 "Nobody is safe," read the caption in the clip that has received over two million views since its posting

The overlaid text in the video read:

“My sister went to England; first day in.”

The child though appeared not to be seriously injured and quickly got up.

A woman, who was presumably the child's mother or caretaker, approached the stunned kid to make sure they were okay.

The clip then ends with ended with the guards marching on without glancing over their shoulders to check if the kid was okay.

Even though people in the surrounding gasped with shock but people responded to the video on the internet with divided opinions.

Many people showed little sympathy for the child who was trampled and pointed that he should have not come in the way. 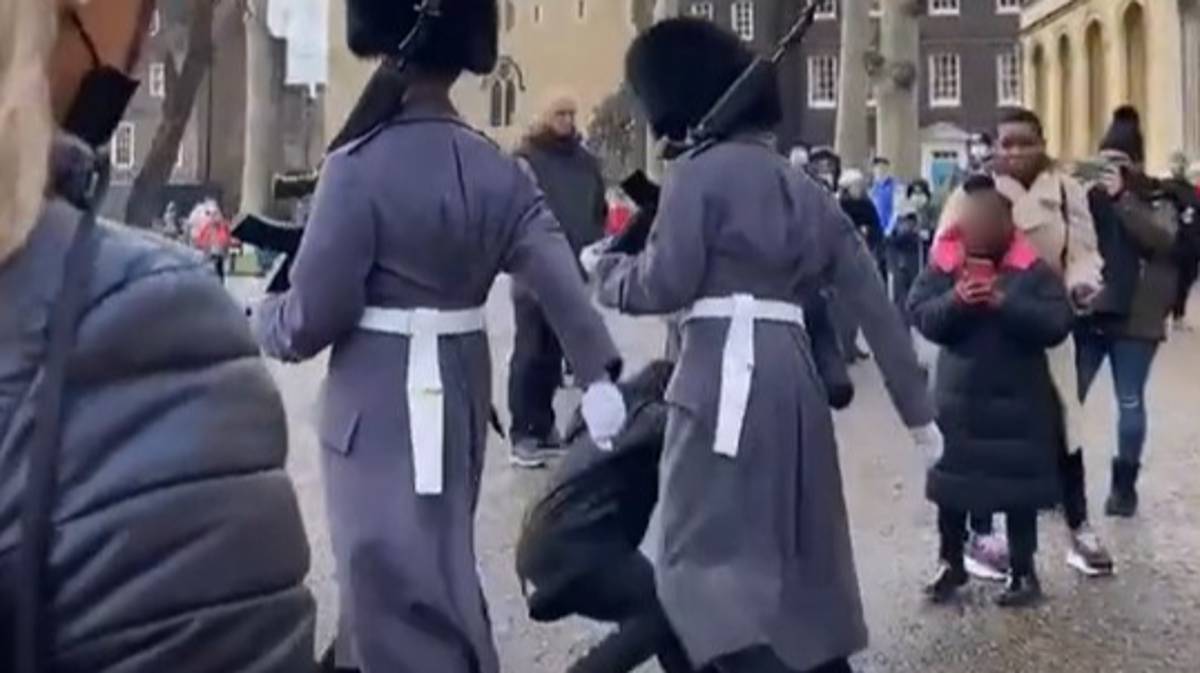 Few blamed the guardian for not supervising the kid and letting him come in the path of the guards.

However, some empathetic commenters argued the protocol of regimented guardsmen was a bit much where the safety of a child was concerned. 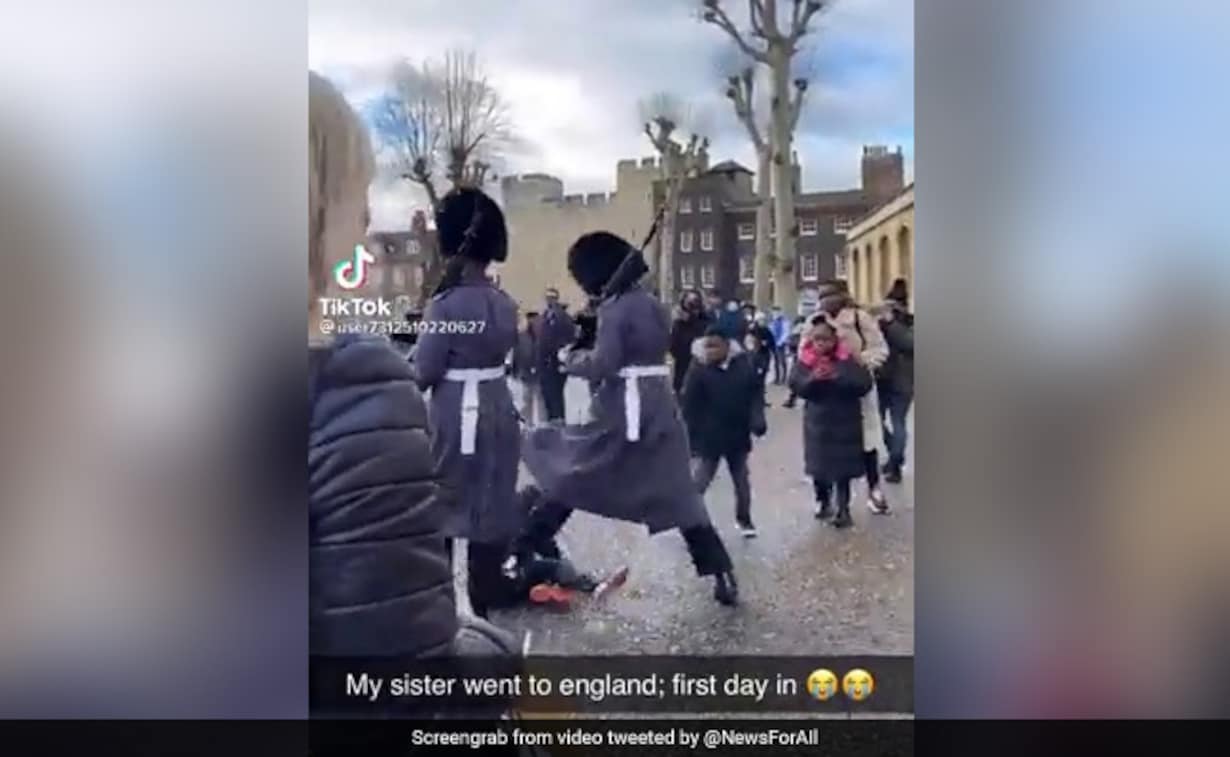 Though Indy 100 mentioned that the guardsmen are allowed to shout at members of the public who are standing in the way.

As the video went viral, a spokesperson for the UK's Ministry of Defence (MoD) confirmed with the Daily Mail that the guard eventually returned to check on the child. 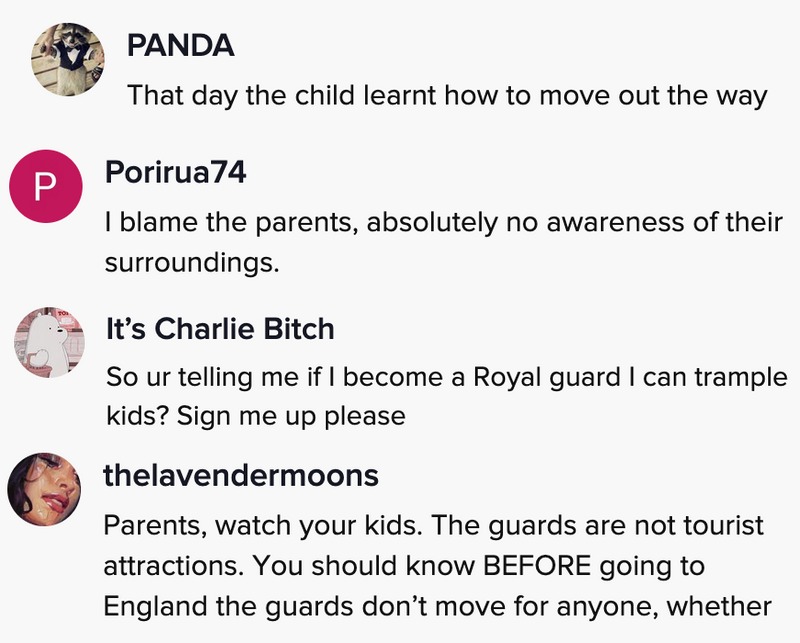 "We are aware of the incident at the Tower of London earlier today during a routine patrol," they said in the statement.

"The Guardsman on duty warned members of the public that a patrol was approaching but the child unfortunately ran out in front of the soldier unexpectedly." 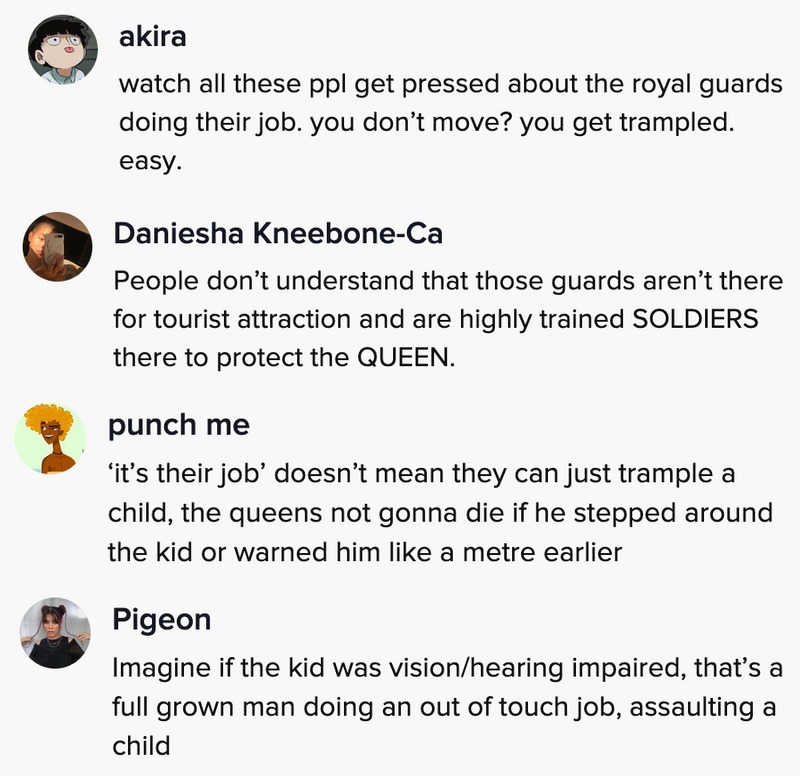