Posted by Sama in Feel Good On 13th November 2020
ADVERTISEMENT

The video clip was shared by the woman's son on social media and since then it has racked views in thousands with people reacting warmly to this sweet video claiming that love really is a wonderful thing. 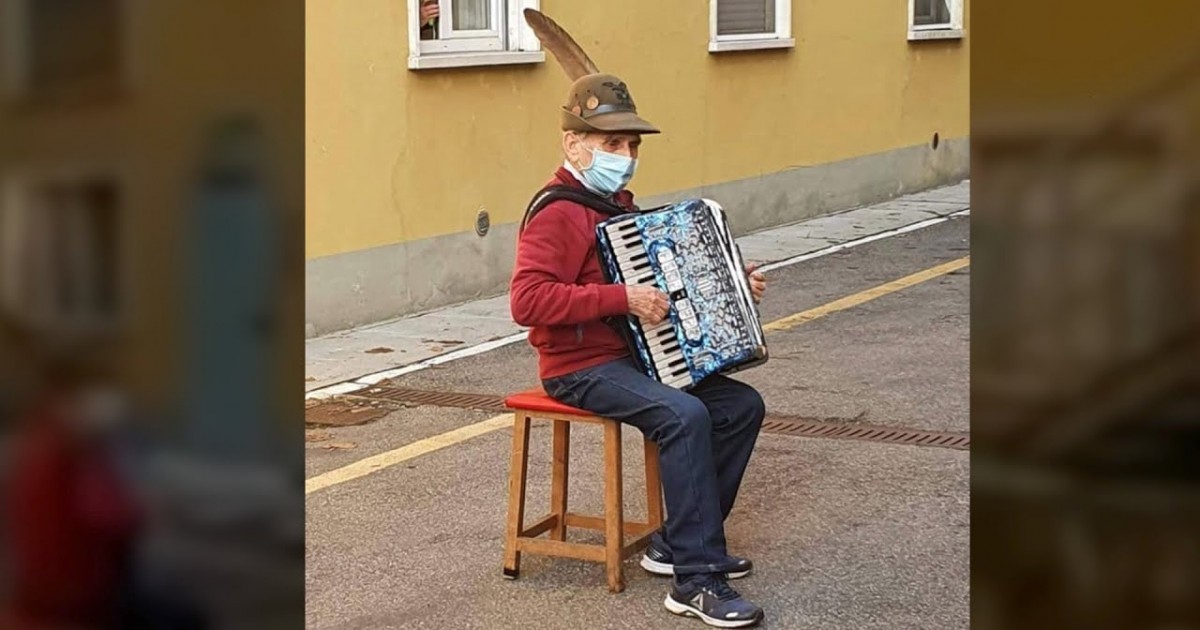 A heartwarming video that has now gone viral on social media shows an 81-year-old man serenading his wife outside her hospital window after coronavirus restrictions forbid him to meet his wife.

The clip which was originally posted on Facebook shows Stefano Bozzini sitting out on the street facing in the direction of the hospital window where his wife was and playing beautiful music on his accordion. 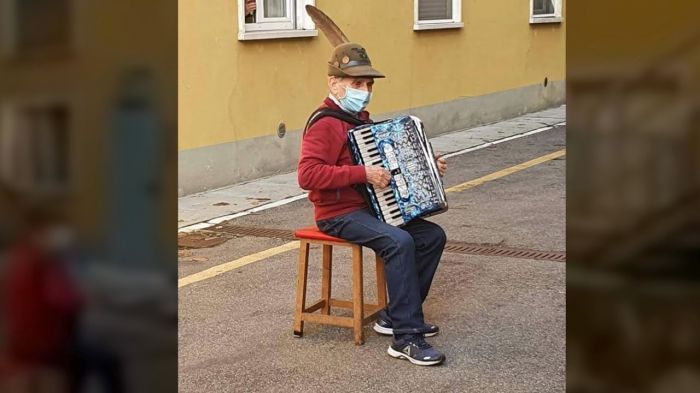 He sits on a stool in the empty street outside a hospital in Castel San Giovanni, a town in northern Italy, while his wife of 47 years, Carla Sacchi, watches from her second-floor window.

Carla is admitted to a hospital that does not treat coronavirus patients but to stop the spread of the virus in the hospital the have to restrict the entry of any outsiders and that included family members and relatives too.

During the heartwarming exchange from afar, Stefano treated Carla to renditions of several love songs, including Engelbert Humperdinck's 'Spanish Eyes', and others that he knew were her favorites.

As reported by an Italian news agency ANSA, Stefano and Carla have been married since 1973.

Stefano, a retired member of the Italian army's Alpini mountain infantry, learned to play the accordion on his own - and even earned himself the nickname of 'Giani Morandi [an Italian entertainer] of the Alpines' in his unit because he was always playing. 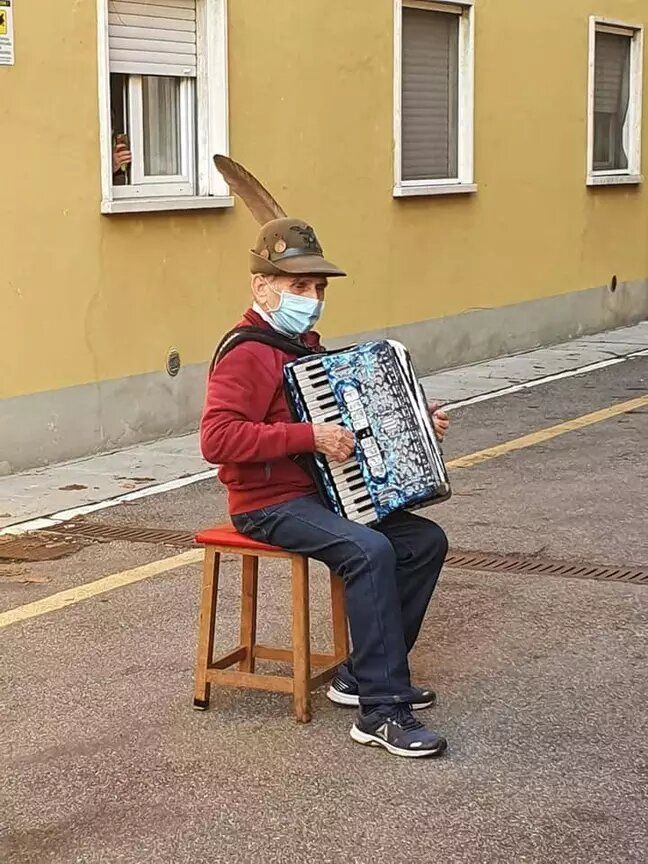 The old man told ANSA that he could have easily carried on serenading Carla, saying: "It was sunny, I would have played again, all day." 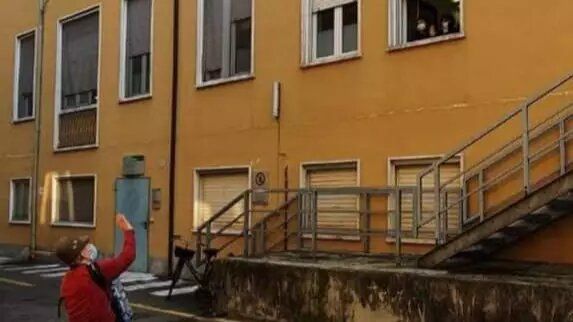 In his post, Marangon referred to the moment as a 'beautiful gesture'.

He wrote: "My mother is admitted to the hospital in Castel San Giovanni and as you know, it's not possible to enter even for a visit (even the closest relatives) but asking some nurses (very kind people) if it was possible to spend 5-10 minutes in an outer courtyard of the hospital to play 2-3 songs to my mum, who looked out the window to make her happy for 5 minutes." 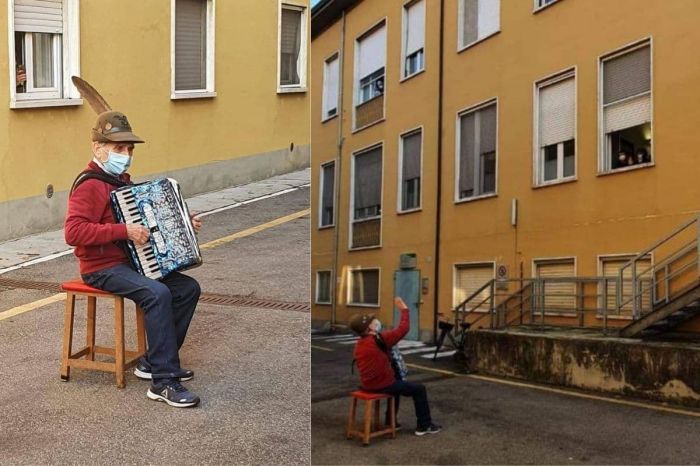 The post has gone viral on social media and has garnered views in thousands with people reacting warmly to the sweet video.

"This is real love," one person commented.

Another person said: "It takes so little to make someone happy..."

A third added: "Love is a wonderful thing."