Internet is furiously questioning the decision taken by this school board of Virginia where a motion has been passed by two members to 'burn all sexually explicit books that have already been banned from the school library. According to Courtland representative Rabih Abuismail and Livingston representative Kirk Twigg "we should throw those books in a fire," and that they want to "see the books before we burn them so we can identify within our community that we are eradicating this bad stuff." 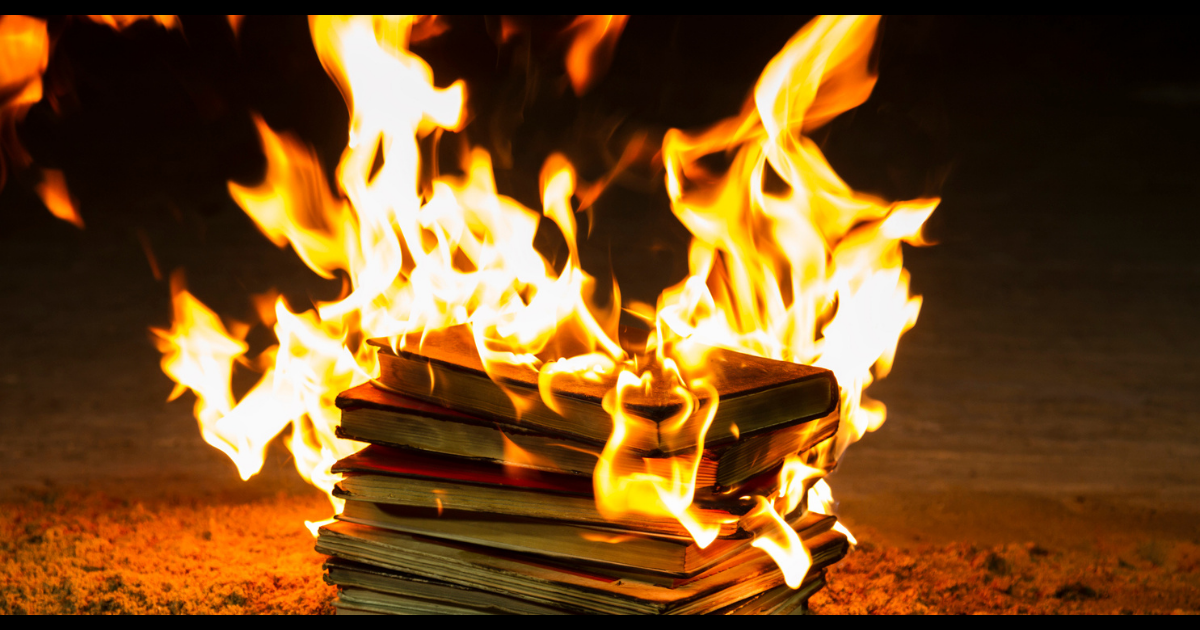 Few members of the Spotsylvania County School Board have actually proposed burning books that contain 'sexually explicit material.' To note additionally these are the same books that the school board unanimously voted to ban from high school libraries. 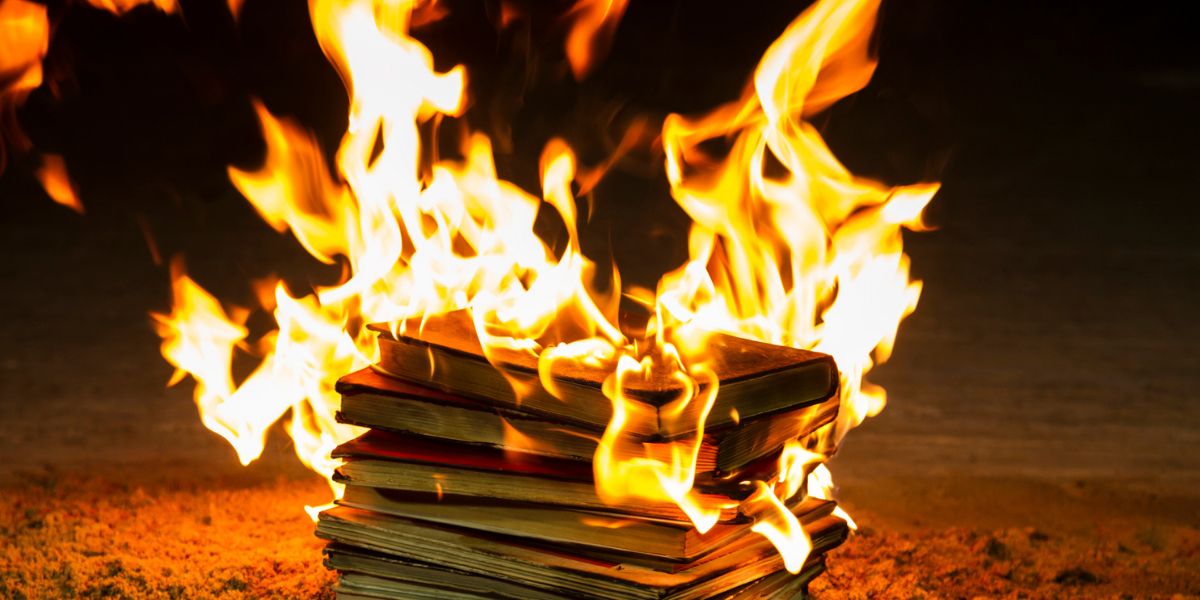 Apparently, the school board politics in Fredericksburg, Virginia has made the internet reminisce the passages from the late author Ray Bradbury's Fahrenheit 451, a dystopian novel about a society where books are outlawed and "firemen" burn any found. 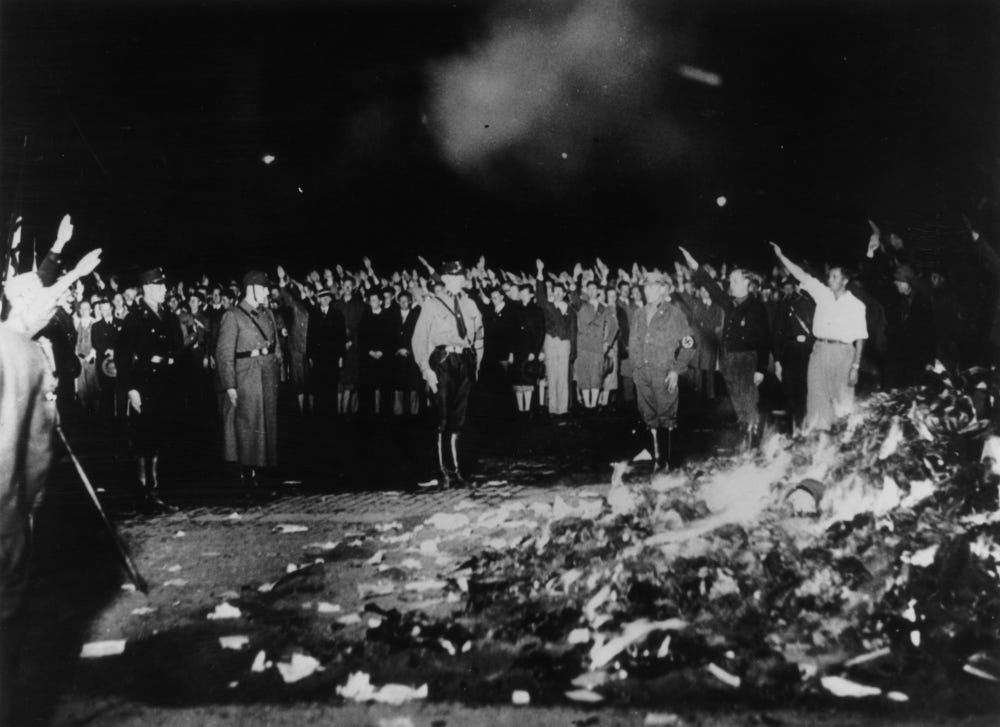 In order to remove the objected books the school board voted 6–0 to order the removal, however, Courtland representative Rabih Abuismail and Livingston representative Kirk Twigg went further.

In remarks to The Fredericksburg Free Lance-Star, Abuismail said "we should throw those books in a fire." His colleague said he wants to "see the books before we burn them so we can identify within our community that we are eradicating this bad stuff."

This nation's march toward fascism is turning into a full sprint. pic.twitter.com/jgmfSaAHGU

The whole situation turned into a controversy when parents of Riverbend questioned the inclusion of "LGBTQIA" fiction that was made available upon accessing the library app.

Get the fuck outta here! What year is this? A book burning? Really?https://t.co/5GmaU4toy7

Another particular book that garnered negative attention from parents was 33 Snowfish, a 2003 novel by novelist Adam Rapp about three homeless teenagers contending with trauma from sexual abuse, prostitution, and drug addiction.

The American Library Association has recommended 33 Snowfish the Best Books for Young Adults in 2004, for ages 15 and up.

I am trying really hard to not be one of those “Really Bad School Board People.” Let’s burn books so people can see that we are “eradicating this really bad stuff.” I would like to eradicate ignorance and you can’t do that when ignorance abounds on the Board of Education. https://t.co/t4Cqk90Na8

Baker additionally said he trusts school librarians and that it did not cross his mind to conduct an audit of school library holdings:

"I would not have thought to do an audit because I have great faith and trust in our librarians. If we find something being missed in a process, then we do refine the process."

"There was no ill intent here. We don't have all the information."

Twigg however, did not further clear after making a statement that there is "some bad, evil-related material that we have to be careful of and look at."

Assuming @GlennYoungkin also supports the burning of books. America will become a fascist country under republicans and the @GOP. They are burning. fucking. books. https://t.co/vwyep90K5L

Meanwhile, the Spotsylvania County, VA school board has book burning on the table.

What century are we living in?? https://t.co/ba6jMKySGN

They made a movie about this. Fahrenheit 451. People are losing their sense of reality now. https://t.co/QVl64qRmmx

Once again: the solution is simple. Degrees issued by the school district in question - or, if that’s not enough of a deterrent, the entire state of Virginia - must NOT be recognized by institutions of higher learning. https://t.co/DuZI5U3CZR

The pushback against literature has become the latest trend and becoming a subject of debate among the far-right amid a campaign by Republicans to energize conservative voters, particularly in school board elections.

The right complains about “cancel culture” even as it lauds throwing *literal books* into a *literal fire* https://t.co/tcB8N1Ohf1

Only a few weeks back, ahead of Republican Glenn Youngkin's victory in Virginia's gubernatorial election, his opponent, former Virginia Governor Terry McAuliffe accused Youngkin of using a "racist dog whistle" when a woman who advocated to ban Toni Morrison's book Beloved from schools appeared in an ad Youngkin released.

Book burning is on the table, folks!

You have to listen to this one, too. Mr. Twigg just leans a little too heavily into "burn 'em". https://t.co/T28kCnXADy

Beloved, the remarkable novel that won the Pulitzer Prize for Fiction in 1988, is the heartwrenching story of a woman haunted by her daughter's ghost who she murdered to save her from being subjected to the horrors of slavery.

Laura Murphy, the mother who campaigned to get the novel banned from Virginia schools claimed that reading the book gave her then 17-year-old son night terrors.

Speaking in Youngkin's ad, Murphy recalls that her heart "sunk" when she saw her son's reading material, referring to it as "some of the most explicit material you can imagine."

"Those who do not learn from history are condemmed to repeat it" is being displayed in all its repulsive, horrifying glory. #books #education https://t.co/pFKvPYndBS