Posted by Sama in Social Issues On 16th November 2021

This woman's paycheck on TikTok has sparked an online debate with people standing in support of Liny and stating that the restaurants must be paying more to their servers and that the customers must be tipping them generously while at the same time there are people who state that it is not a customer's responsibility to provide a living for their employees and that they have their own bills to pay. 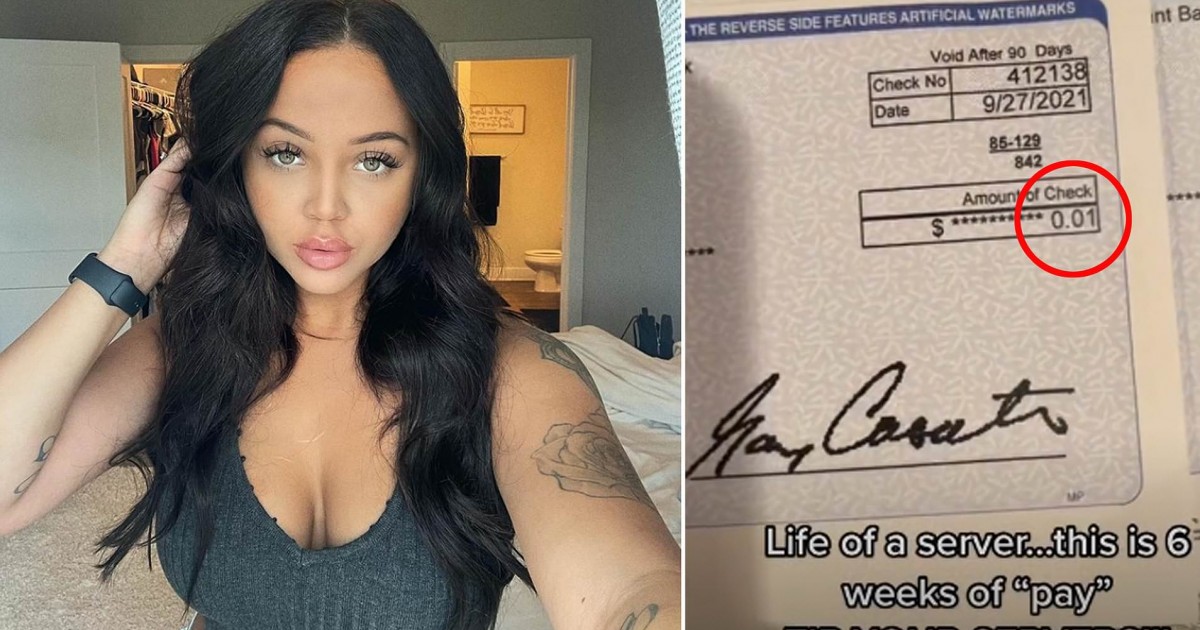 This woman Liny who goes by the username @lvndsmac shared a video of her payslip that she earned while working in a restaurant in Nashville, Tennessee.

Though her payslip does not come as a surprise as a service industry in the USA is a low-paying job and the minimum wage for tipped employees is as a matter of fact just $2.13 an hour. In fact, in Tennessee federal, Social Security, and Medicare taxes are automatically deducted from an employee's income. 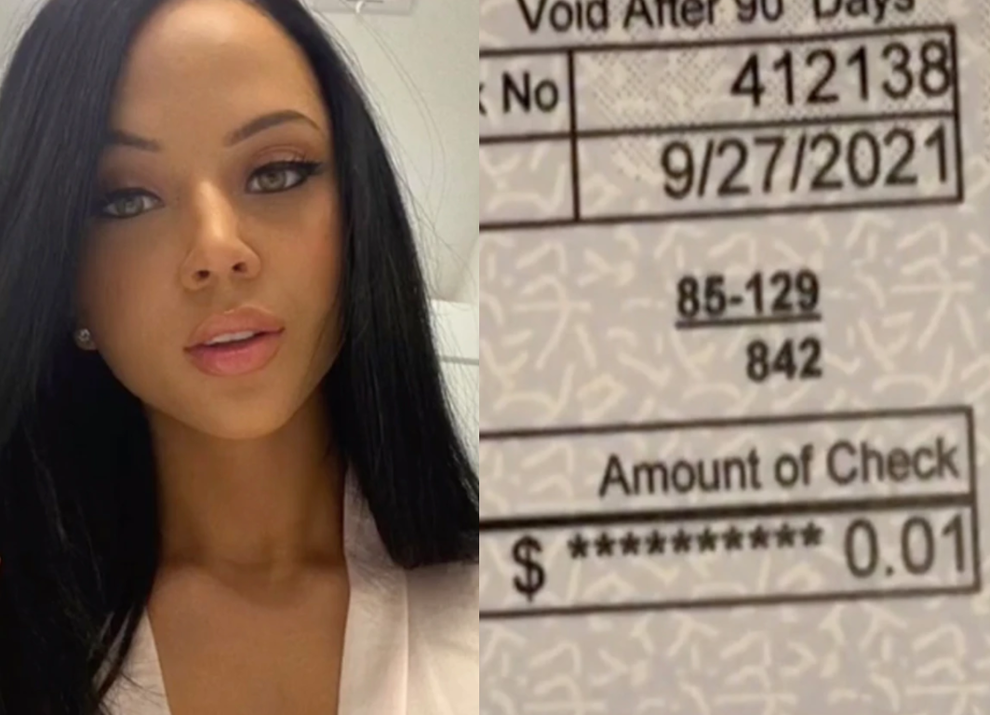 After all the deductions, Liny was left with a very tiny amount and that is just one cent to show for her six weeks of work.

Sharing it on her social media, Liny captioned the video: “Life of a server this is 6 weeks of ‘pay’...TIP YOUR SERVERS!!!”

Even though it is not clear how many hours Liny worked or how much she had been tipped during these six weeks but people were left speechless over someone could be paid this less amount in any job.

Her video went viral and many people stood in support of Liny calling out public for not tipping waiters generously and urging restaurants to start paying their staff more.

One person wrote: “I always tip but restaurants need to pay you guys.”

“If you can’t tip go to McDonalds or cook at home,” another said.

A third person wrote: “How is this not illegal.” 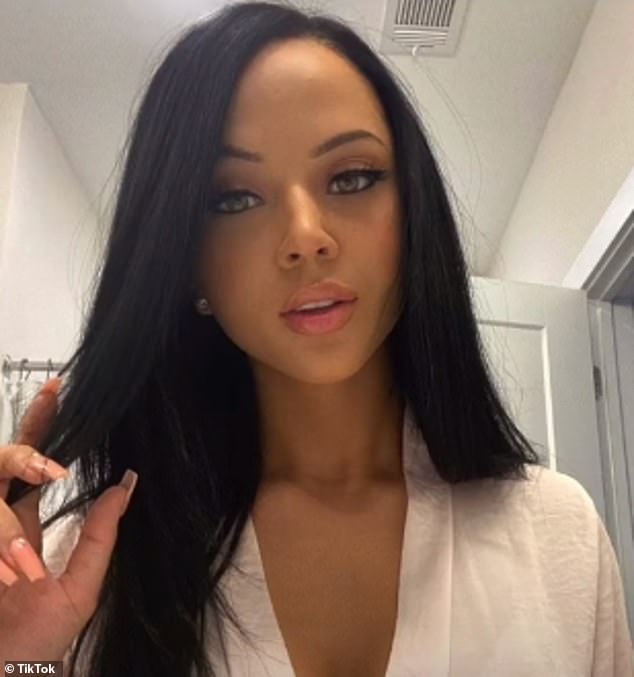 At the same time, it initiated a debate on social media with many people stating that it should not be up to the customers to provide a living for an employee.

One person said: “It’s not my job to pay your bills. I got my own to pay.” 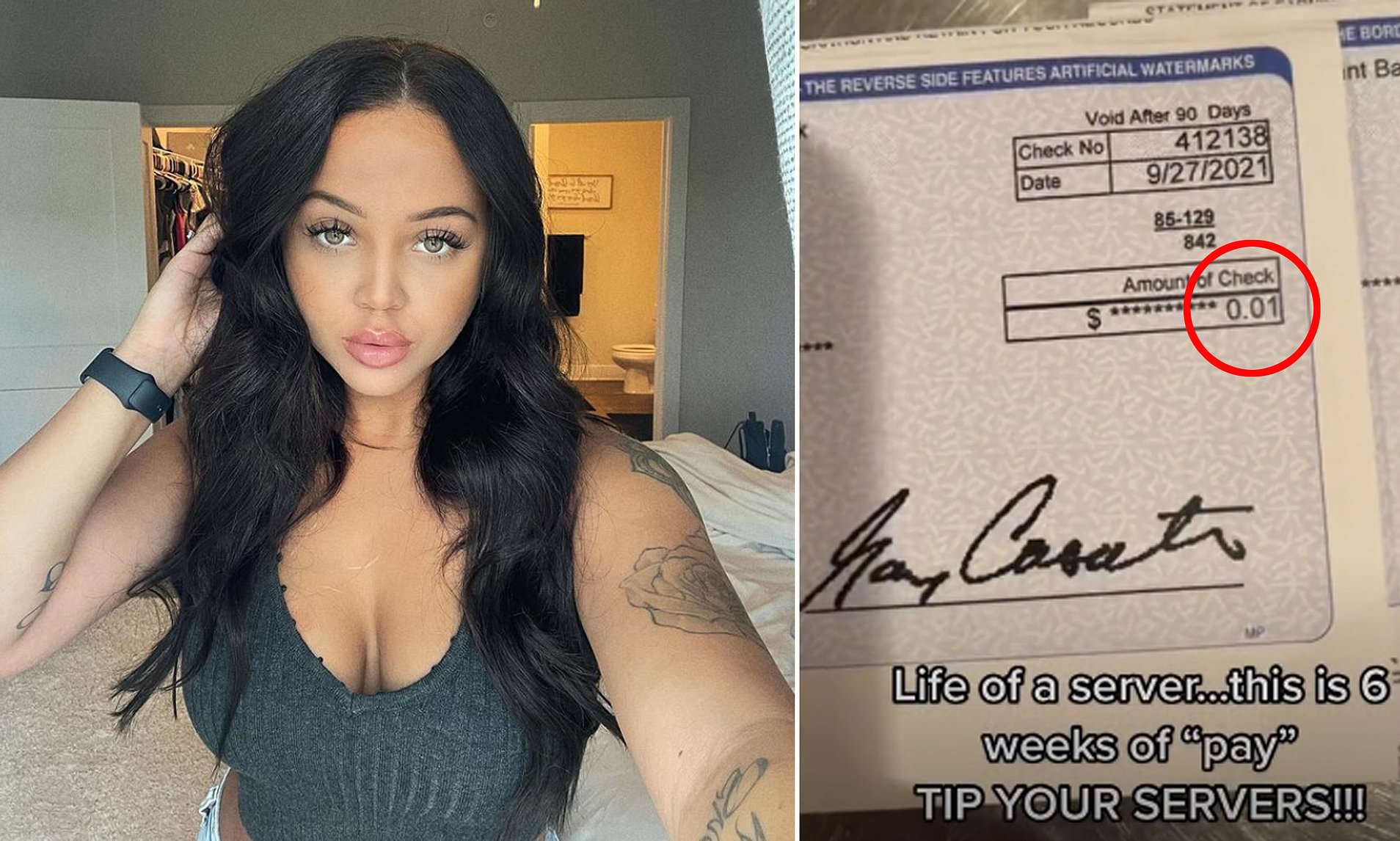 A second wrote: “Blame the businesses you’re working for, not the consumers.”

A third added: “I’ve easily made $4400 a month being a server. Don’t let those empty checks fool you if you’re serving and making so much more than you get as an hourly rate.” 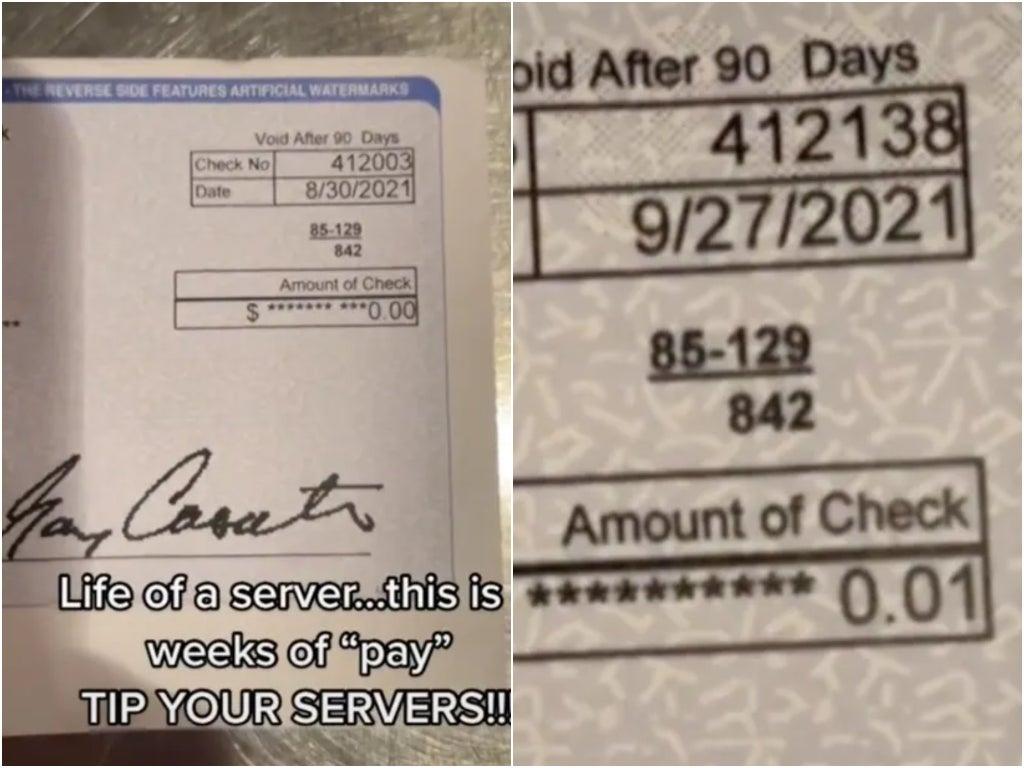