Walking Out Of The Wrong Door In This House Could Lead To Your Arrest!

Posted by Editorial Staff in History On 4th July 2017
ADVERTISEMENT

A house in Vermont borders Canada. In order to not risk immediate arrest, residents need to have their passports on them when they leave their home. 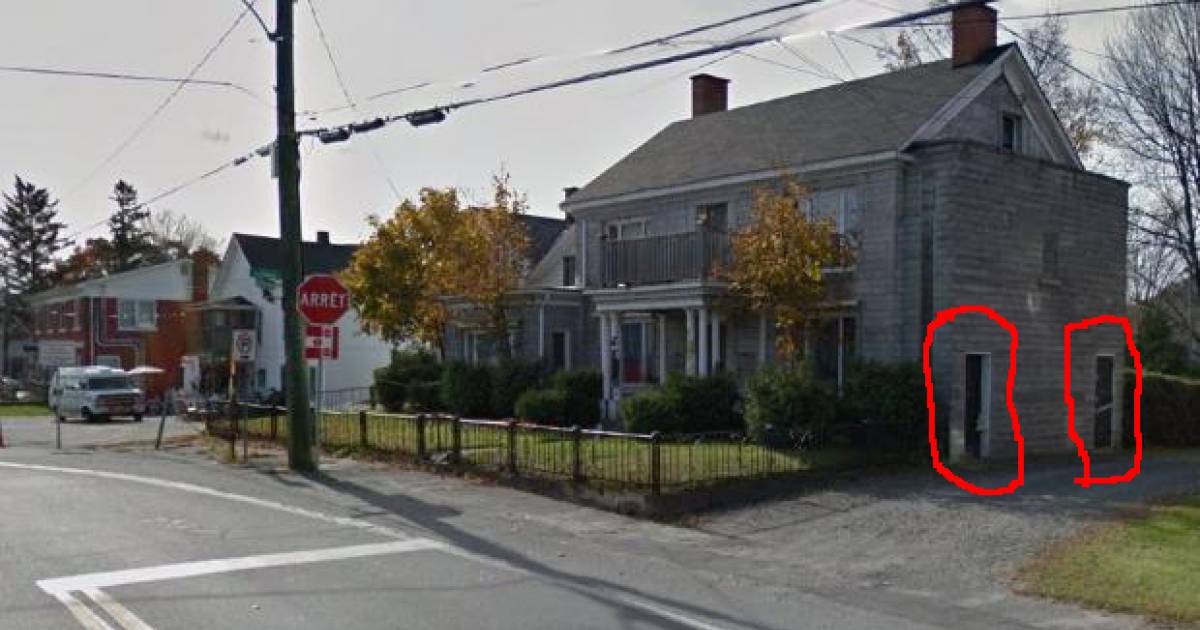 What was once known as the Old Stone Store and Post Office, is now a house divided not only into 5 apartments but also divided on land. Built in 1782 by a man that wanted to be able to sell to both the United States and Canada. The home is located at 3155 Beebe Rd., Derby, VT 05830 and sits both on United States and Canadian land. 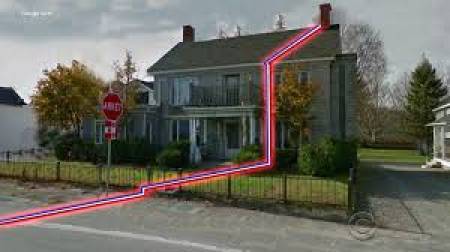 Brian and his wife Joan are standing on either side of the United States and Canadian border. You can see the small stone pillar in front of the steps that mark the exact spot where the countries meet. 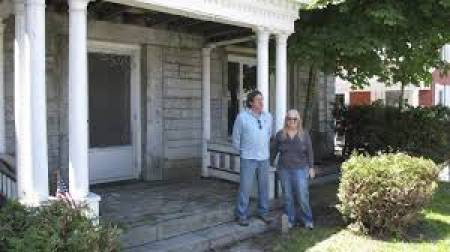 Doors must remain locked at all times

The home has entrances on both sides of the border. However, Brian and his wife can't just enter or exit through any door. Border patrol agents that "know" the DuMoulin's don't really give them too hard of a time, but one time a "new" Canadian border patrol agent who didn't know the DuMoulin's, who were standing just a few feet from the border, ordered them to go to the Canadian border post. 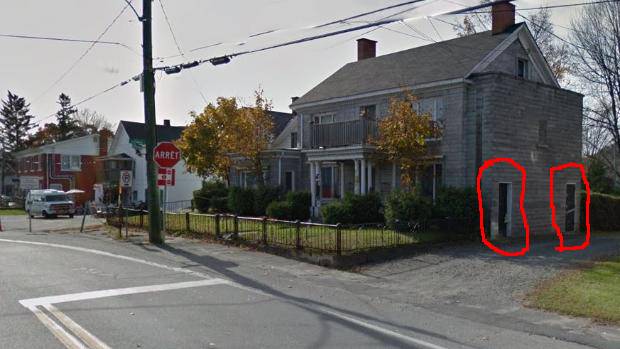 Brian said, "If there is an awkwardness, it's that you can't just go this way or this way, you've got to go through [the ports of entry] and then back through."

Brian DuMoulin explains that this door must never be gone through because doing so would put you in Canada. Behind the door is also a fence that is wired shut. You actually need a passport to go through that door. 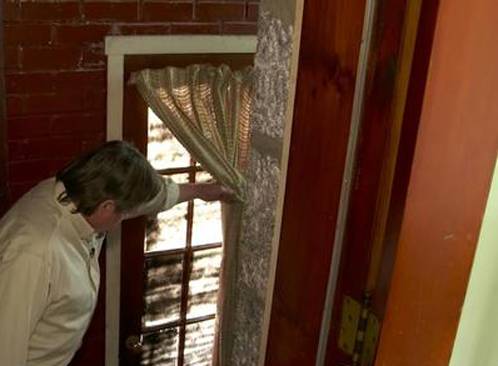 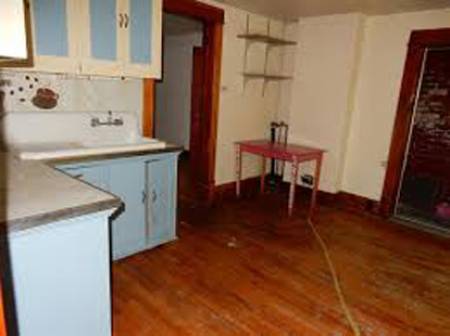 This historically unique house sits directly adjacent to Stanstead’s Rue Principale from the port of entry and on the other side, it sits across from the U.S. Customs and Border Protection post. 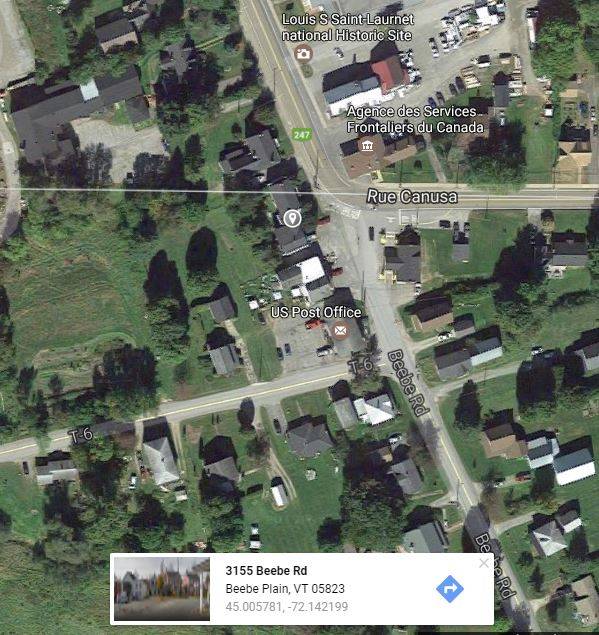 How times have changed

Brian grew up in this house and remembers having a United States phone and a Canadian phone, the same with the TV. Utilities were billed by the United States and the Water by Canada. Brian talked about how when he was young no one really gave a second thought to crossing the border and playing on both sides, but now people freak out. He remembers his Aunt "running the border" most of her life to make money and jokes about her being a big woman that the agents were intimidated by. 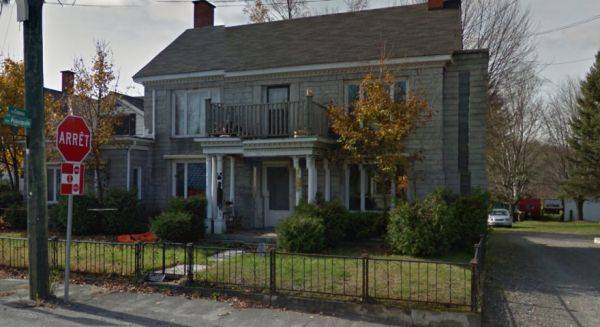 There were times when either Canada or the United States were rationing. Whatever she couldn't get on one side, like salt she would go to the other side and get it and run it through the house since back then there was no worry about opening the Canadian side door. Now one has to be very careful as one man found out in 2010. He went across the street to get a pizza and was arrested!

Brian inherited the home from his aunt 40 years ago. He always thought he would retire there but now the DuMoulin's are wanting to sell it. Being in their 70's they feel they just don't have what it takes to restore it. It has strong bones but needs a lot of work done to it. The house isn't much to look at cosmetically inside and out. Brian's aunt bought the house in the 1950's and the interior still has the 1950's decor. The house is listed for $109,000 a steal most would say - however it will take about $600k to bring it back to life. 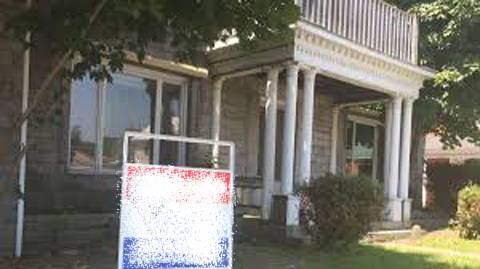 A great investment for the right person

There may be a lot of legalities to deal with but for the right person with the time and money, this could be a great investment. Having over 3000 square feet there is plenty of space to turn it into a bed and breakfast or a restaurant that would serve both people from both sides of the border without hassle. 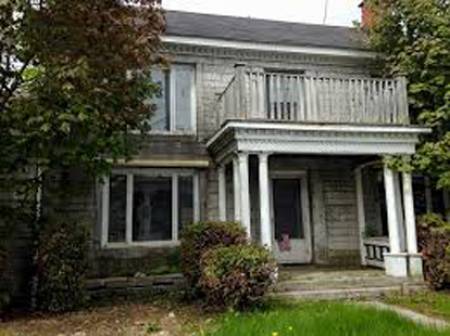 Hope to soon be close to their grand-children

The DuMoulin's have had the house on the market for a year now. They both have dual citizenship and live in Vermont but not in this house. They hope to sell it and move to Canada so they can be close to their grandchildren. 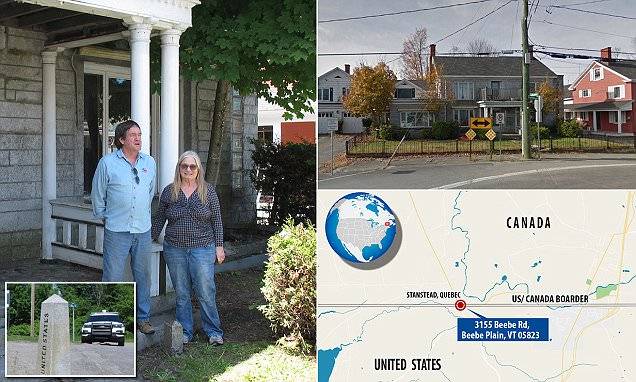