Walmart announced their cashier of the week and got the funniest responses. Sam the winner of the award became an overnight icon just for doing her job well. You go Sam! 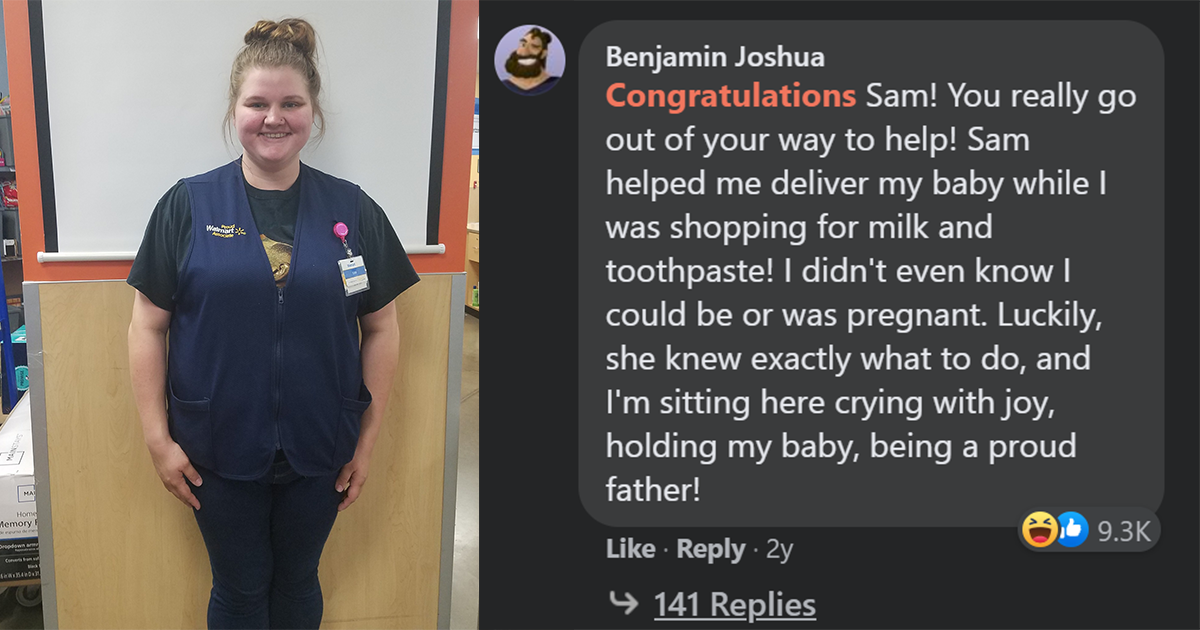 This is Sam! She is the Walmart Cashier of the Week and in this picture she didnt know that her whole world was about to change. 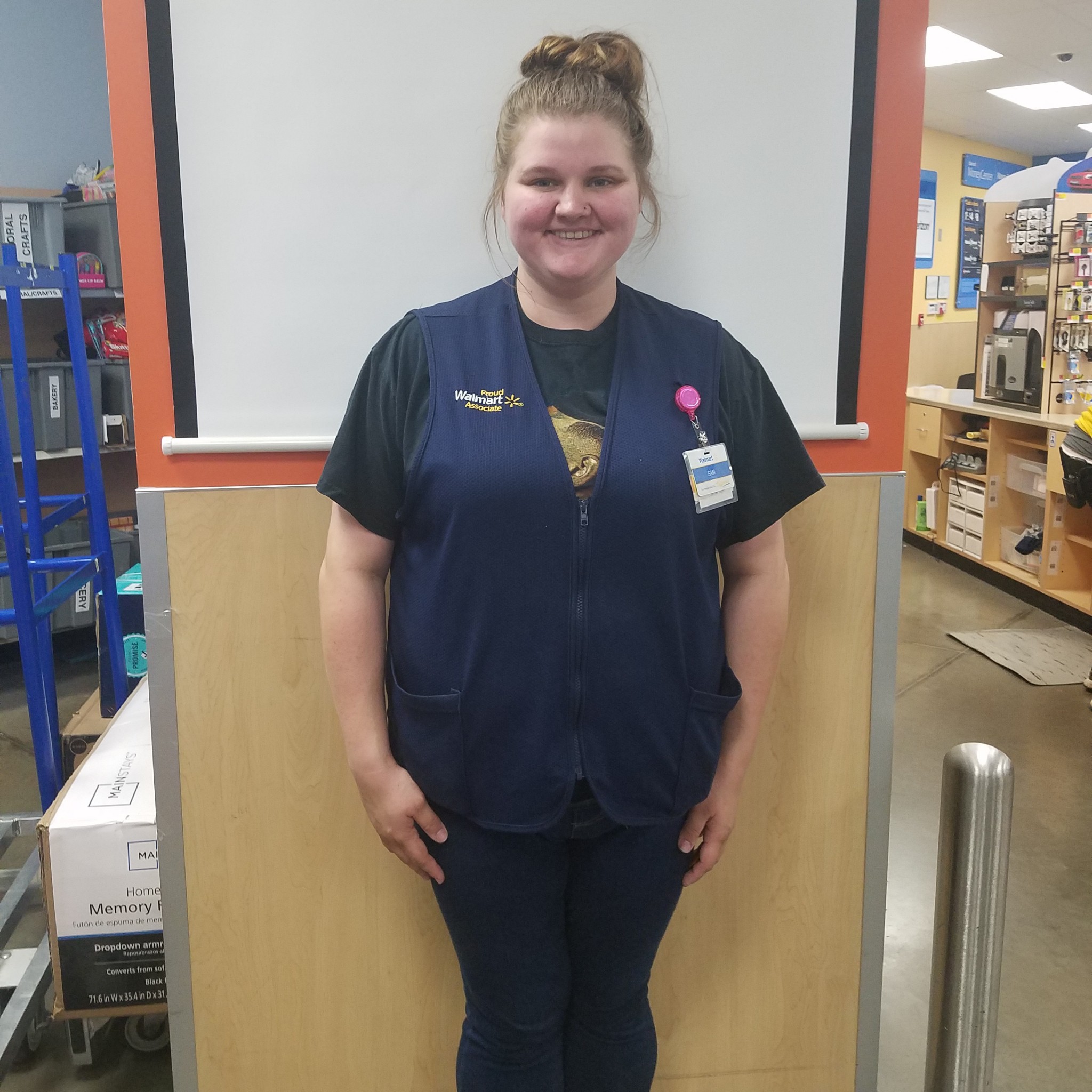 Walmart posted a picture of Sam on their Facebook page with the caption,

"We would like to congratulate Sam as being chosen as our cashier of the week. She has gotten customer compliments recently for her friendly and speedy service!! Way to go Sam!!"

Noone really knows what happened after that but apparently the internet liked Sam so much, they kept coming forward with stories of Sam's contributions to the world.

Apparently, she gave this guy a MacBook for a $1 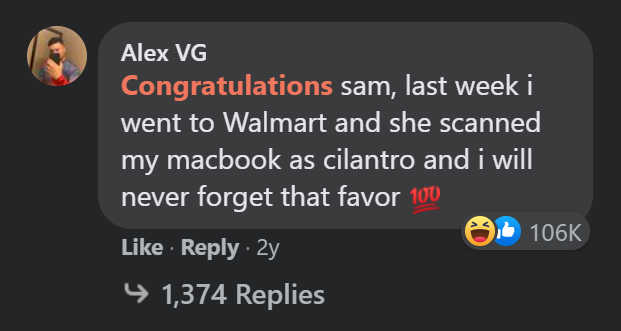 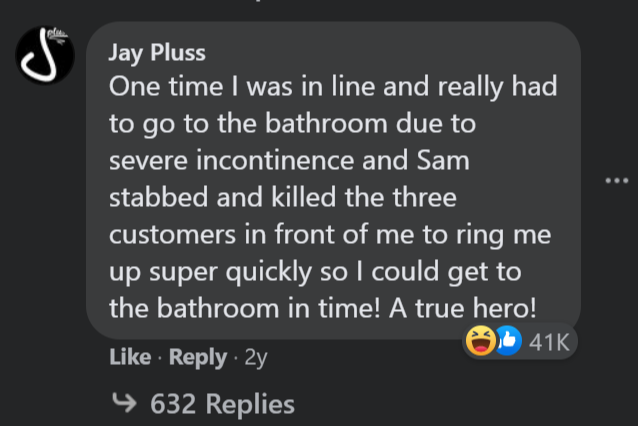 Sam is also a trained doctor and has delivered several babies, often to men. 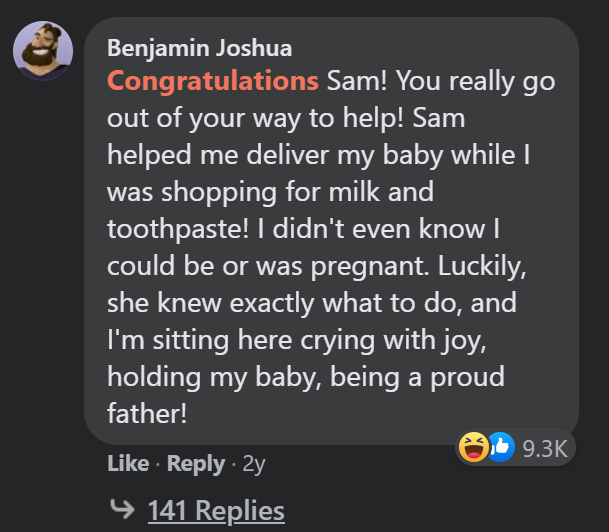 Sam is also no snitch 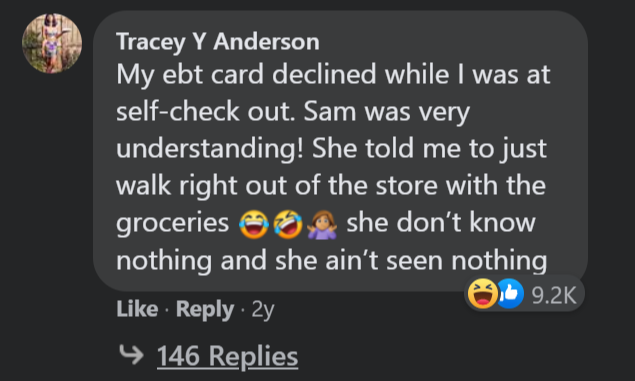 Sam has teeth to spare. Just look at her shining smile. 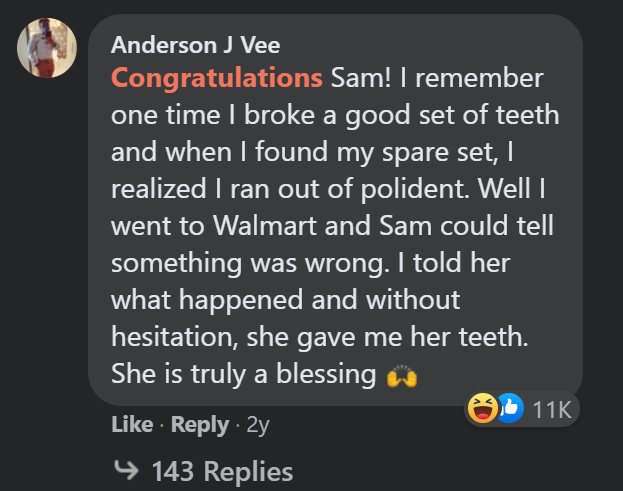 Sam always keeps spare kids in the back because they just keep getting lost and she doesn't want people to leave empty handed. 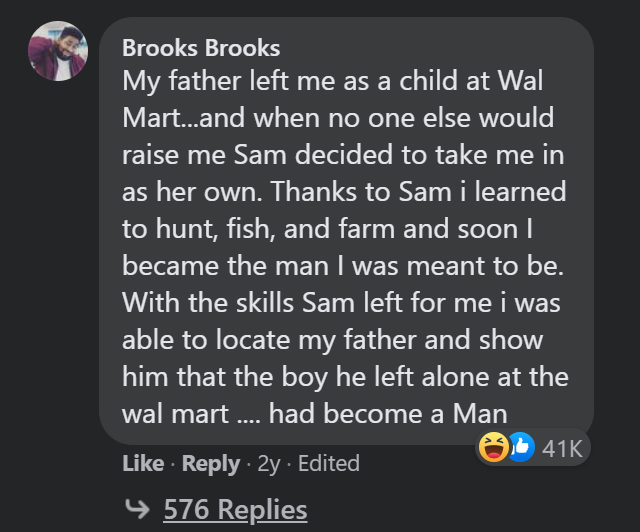 Sam altered Space/Time and it was just a regular Thursday for her. 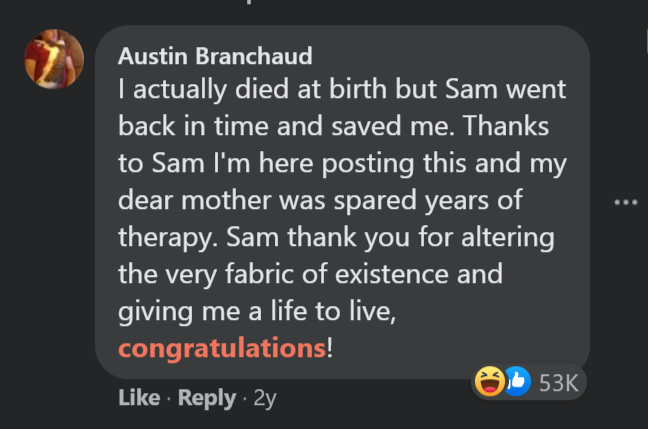 Sam puts the rest of us to shame.

A champion among people, a saviour of humankind and Cashier of the Week: SAM! 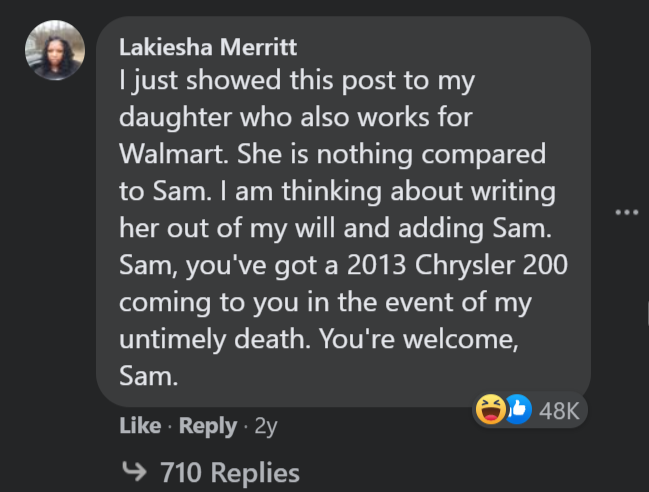 But one commenter had seen her dark side, as he stands still frozen playing a game of tag she started decades ago. Haters gotta hate. 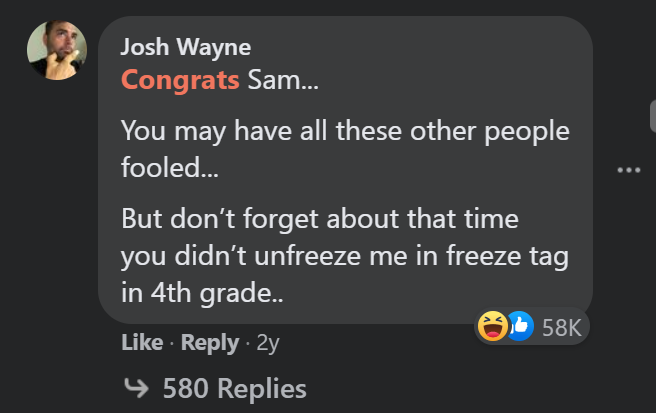