Posted by Sama in Bizarre On 2nd August 2021
advertisement

Internet is furious with this roofing company that is using its power and wealth to bully a young couple who left a one-star Google review for their rude customer service. The company, to force the couple to take down the review has sent a legal notice worth thousands of dollars, however, Twitter is not ready to let the company have its way and many have taken an initiative to leave bad reviews on the company's site. 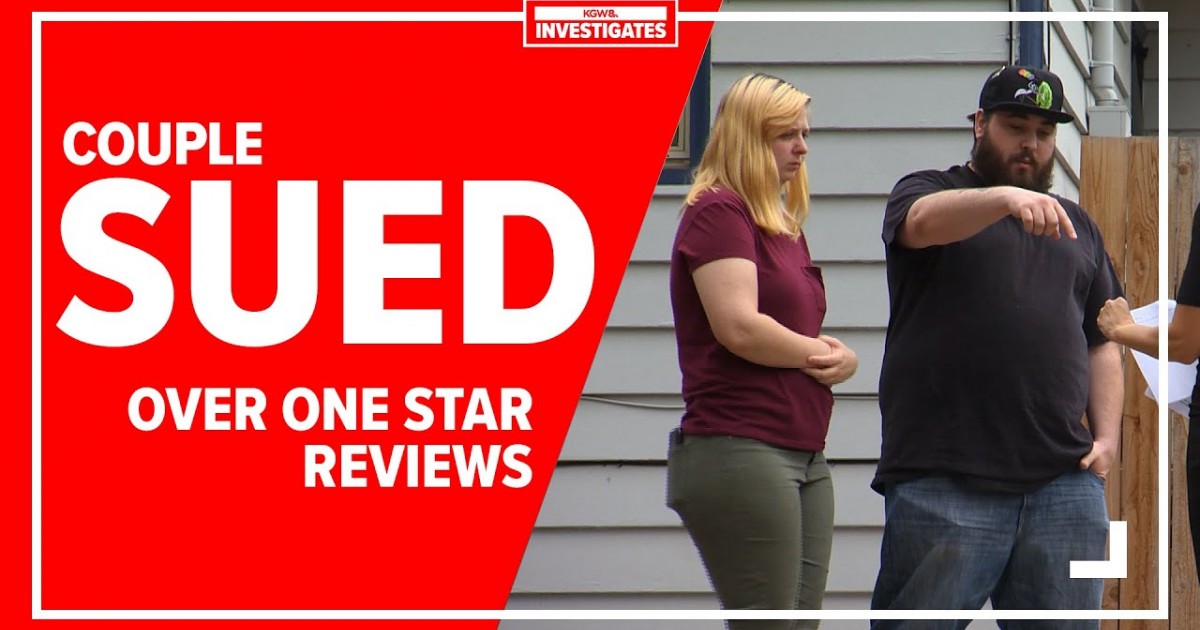 A couple in Vancouver, Washington is facing a lawsuit after they refused to take down their negative one-star Google review after being treated rudely by a roofing company.

Autumn Knepper and Adam Marsh decided to use the services of Executive Roof Services (ERS)  after they noticed their roof was leaking.

They were referred to this company by their landlord. 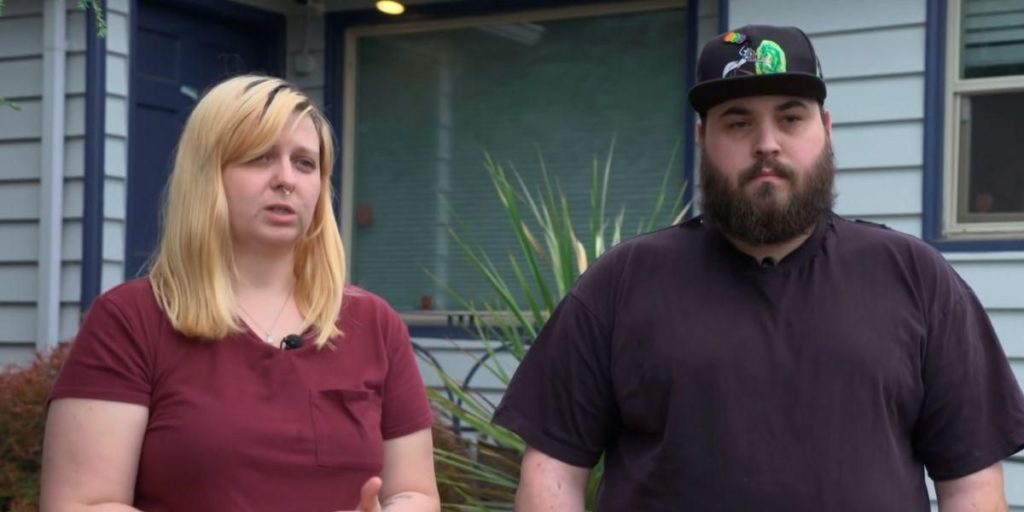 Soon a representative from the roofing company contacted them and came over to their house for inspection and confirmed that the roof needed some fixing to be done.

However, when the couple asked the representative for a timeline for the repair work done. Knepper says the receptionist started misbehaving with her and she was "extremely rude" from the moment she answered the phone.

Knepper recalled of the receptionist:

"She refused to give me any information. She said I would have to get it from the landlord. I asked to speak with the manager and she laughed at me. She told me I was verbally abusing her and that she was the office manager. She hung up on me." 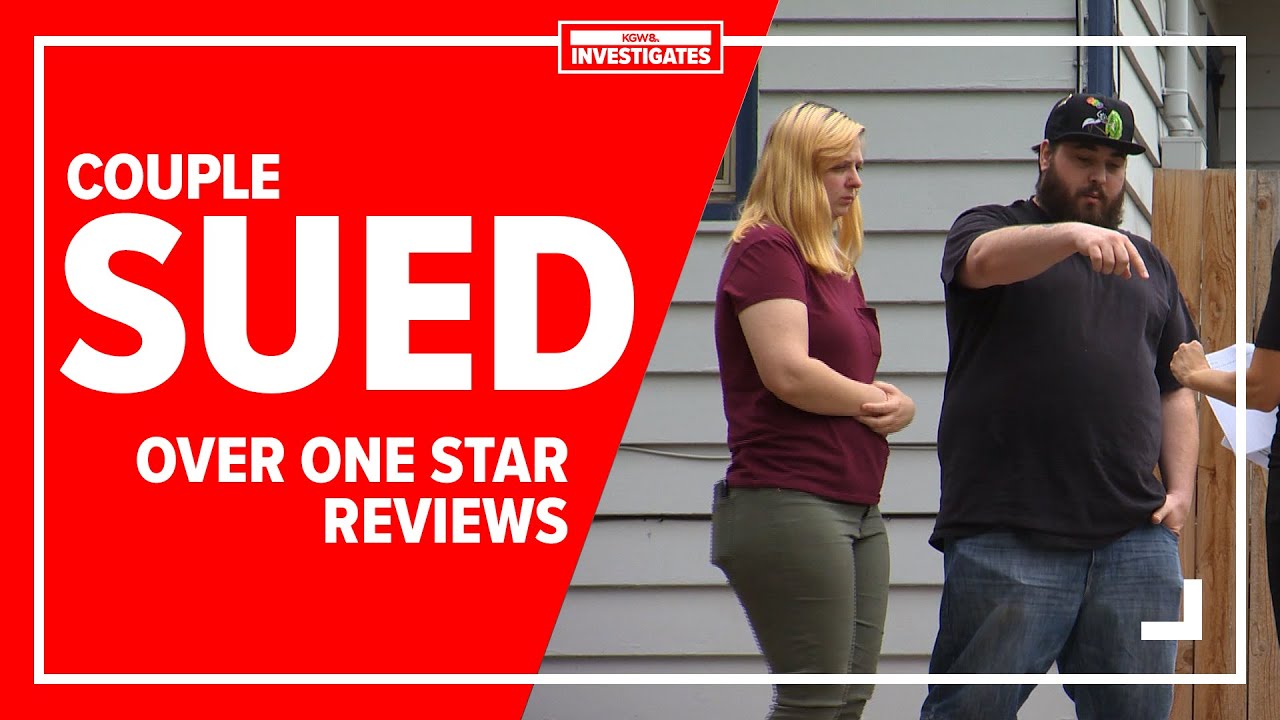 Marsh says that he experienced the same pathetic behavior after he contacted the company.

"She was just super rude, told me that she was office manager and there was no one else I could talk to, and hung up on me," said Marsh.

The Vancouver couple both left reviews about a bad experience with a roofing company and were later served with a lawsuit over those reviews. https://t.co/fW02LlEBsJ

The couple was not informed of the timeline of work and they both were treated rudely and disresepctfully and so they decided to drop ERS and left a one-star Google review to let others know about their rude customer service.

Marsh even filed a complaint with the Better Business Bureau and wrote:

"The business came to do an inspection of the roof of our residence and refuses to give any details about the findings of scheduling of repairs to us the tenants."

During this time, the owner of the company Michael Mecham reached out and demanded the couple take down their reviews before "more damages are done."

Yes, I always sue my family members when I disagree with them pic.twitter.com/BljXxGmKeN

I don’t think I want to part of this family. pic.twitter.com/oVEKBiWk3l

I'm much more likely to use a company that has a couple 1 star reviews on google than one that is known to sue their customers (or customer's customers, if you want to get technical).

However, the drama was far from over and the couple soon received letters from Jordan Ramis law firm on behalf of ERS to demand the reviews be taken down.

HERE'S AN EXAMPLE OF WHY WE'RE SCREWED:
This is David Bowser of Jordan Ramis PC. He filed a lawsuit on behalf of Executive Roof Services owner Michael Mecham over a 1 star review. He claims they may not post their experience because their landlord hired ERS.
What the holy F**K?!? pic.twitter.com/MrwpLa3tfP

The couple still refused to remove their review and so in June, when the review still remained, the couple was served with a $112,000 lawsuit and $28,000 per week by ERS for defamation and "intentional interference with business expectancy."

Dubious suit, dubious comments to the press by counsel, and then dubious tactics like sending cease and desist letters in response to creating a gofundme…

“You better stop trying to ask people for money bc we’re suing you, or else we’re going to sue you harder” 🤡

David Bowser, the attorney for ERS, asserted the lawsuit had less to do with the couple leaving negative reviews and more to do with Knepper and Marsh's intent – which he described as "improper.".

"The first thing I think your viewers need to understand is that my client is not suing one of its customers for leaving a bad review. That's not what's going on here."

Bowser clarified ERS was not entitled to give the couple the requested information because they did not hire ERS – the landlord did.

"They intentionally harmed ERS by posting one-star reviews for the purpose of getting a report they weren't entitled to," said Bowser.

Paul Levy, an attorney with Public Citizen Litigation Group in Washington D.C., said the couple should be protected if what they wrote about ERS in their reviews were truthful.

Though Levy believes that Knepper and Marsh have a strong case and they can win the court battle but they still would be needing money to hire an attorney.

At the same time when Knepper tried to raise funds on GoFundMe to hire a lawyer, ERS sent them to cease and desist letters.

You're all welcome to leave a review of your own:https://t.co/lOZzzjBG2B

"I just don't want my future completely destroyed by something so small."

"This is obviously a man who is well off and can afford to do this, and I can't afford to fight it. And I think he knows that."

The roof of the house was ultimately repaired by another company.

Don't forget Washington attorney David Bowser, who was sick the day his law school covered "L is for Lawsuit" pic.twitter.com/ndCjkwd4df