Washington Man, 37 Banned From Starbucks After Hitting On 16-Year-Old Barista

Posted by Sama in News On 17th January 2021
ADVERTISEMENT

Hundreds of people recently took to Starbucks customer support to thank them for their action against a man who tried to hit on a teenage barista. Starbucks in its official statement has made it clear that they won't be dealing with such behavior on their premises and have banned the man from entering their franchise store.

Starbucks has banned a 37-year old man from its franchise after he hit on a 16-year old barista.

The staff was shocked and appalled after the man passed a creepy note to the teenager and immediately called the police upon him. 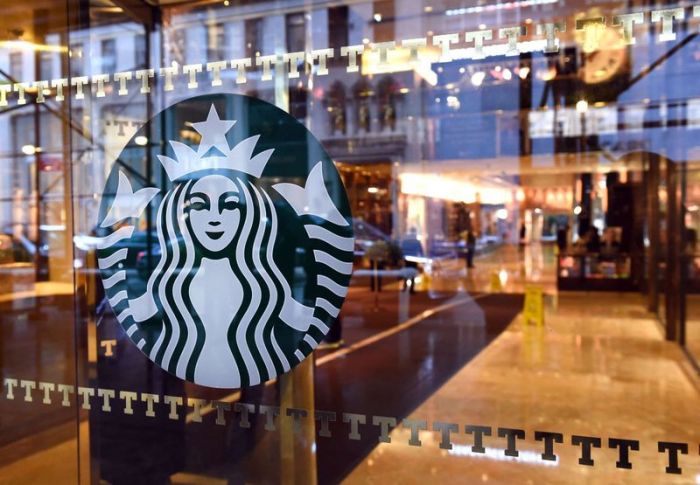 The man in an attempt to clear his name took to Facebook and claimed that the misunderstanding was a case of 'age discrimination' and even stated that the teenager liked him and said that he is 'funny.'

As a response, he wrote her a 'nice note' asking her out on a dinner date. 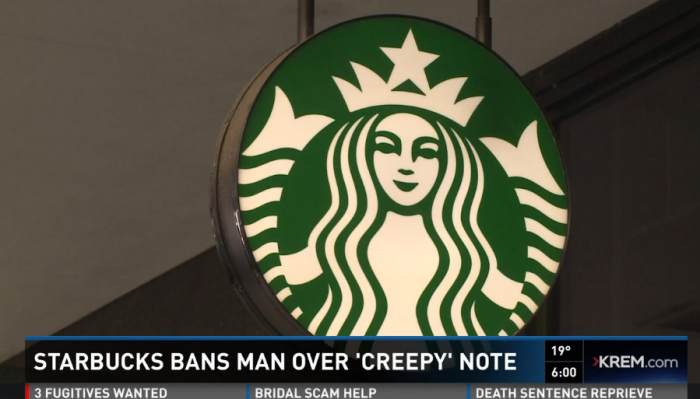 The man then urged Facebook users to complain to the company on his behalf and let him enter the coffee place. However, the internet was quick to slam the man and his plan worked opposite as the Starbucks franchise started to receive thousands of messages from its customers for appreciation and support. 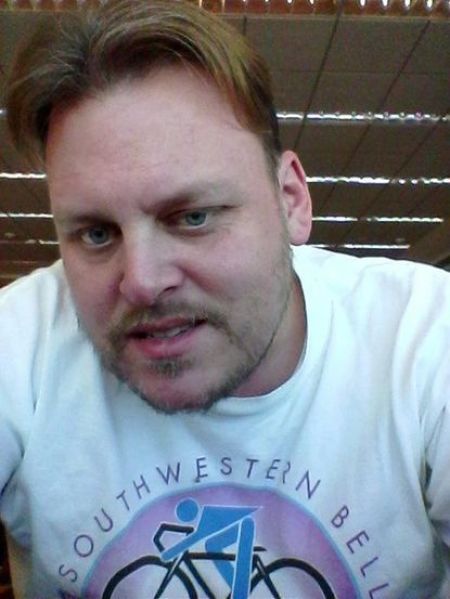 The content of the creepy note was not shared on the internet but according to the Independent when the man attempted to enter the franchise the next day he was stopped by a police officer telling him he was prohibited from the premises for passing a creepy note to an underage barista. '

Taking to the Internet to share his story he wrote: "I know the female Starbucks barista was of legal age to date. I broke no laws. I merely took a chance with my heart."

According to him being called a creep is equivalent to be called a racial or homophobic slur.

As if his creepy explanations were not enough he added that he has "a whole webpage dedicated to age gap love", and that he has not had a girlfriend for five years.

According to the Independent, the creepy man's page features details on how he likes dating women younger than him.

"I want to date 18 year old women, to be honest," he reportedly said, describing them as the "best looking", most "intelligent, sultry". He adds that his beliefs were supported by "science".

To support his pedophile behavior from science the man added some theories on enzyme reproduction and DNA and stuff. 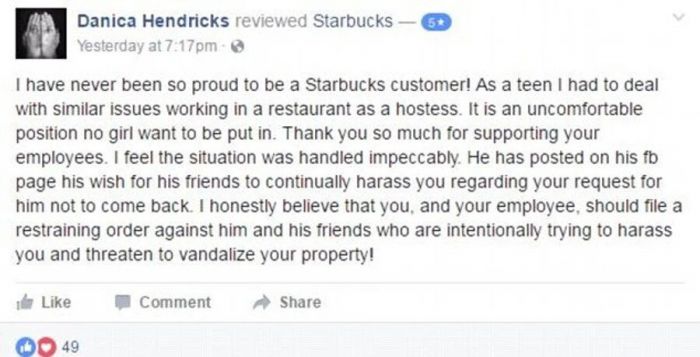 Not at all ashamed of his actions the creepy man ended his note with what is believed to be an echo of his note to the teenage barista: "Dinner with me at Red Robin."

He then signed it off with: "And if not, Happy Holidays, bigots."

According to ABC-affiliated KVEW, Starbucks has said in a statement that they do not tolerate harassment against employees.

In response, one Facebook user replied online: "Thank you for standing up for your young employee who was approached romantically by an older man. As a mom of two teen girls, I applaud a business for standing up for their employees when they feel violated or uncomfortable."

Another person wrote: "As someone who was in customer service as a teen, I want to say thank you for protecting your employees from harassment."

In an email exchange with the creepy man, he also claims that he is a lawyer and will be filing a lawsuit against the franchise. 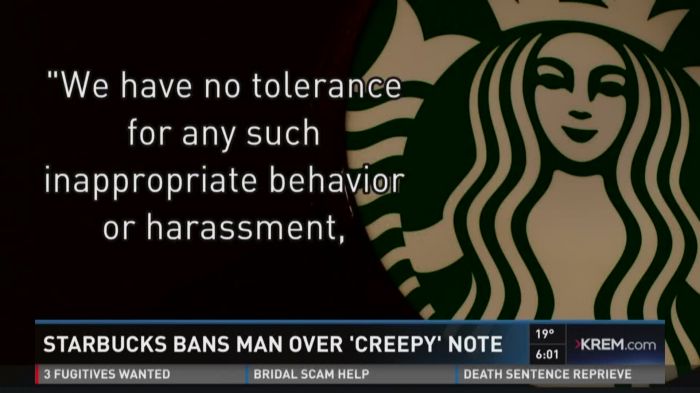