The world is full of all sorts of amazing lifeforms that most of us will never get to see. Seriously, out of the millions of animals on our planet, there are hundreds that people have never even laid eyes on, let alone snapped a photo of. Today I am going to show you 8 strange animals that you may not have seen before but are totally real creatures. Prepare to be shocked. 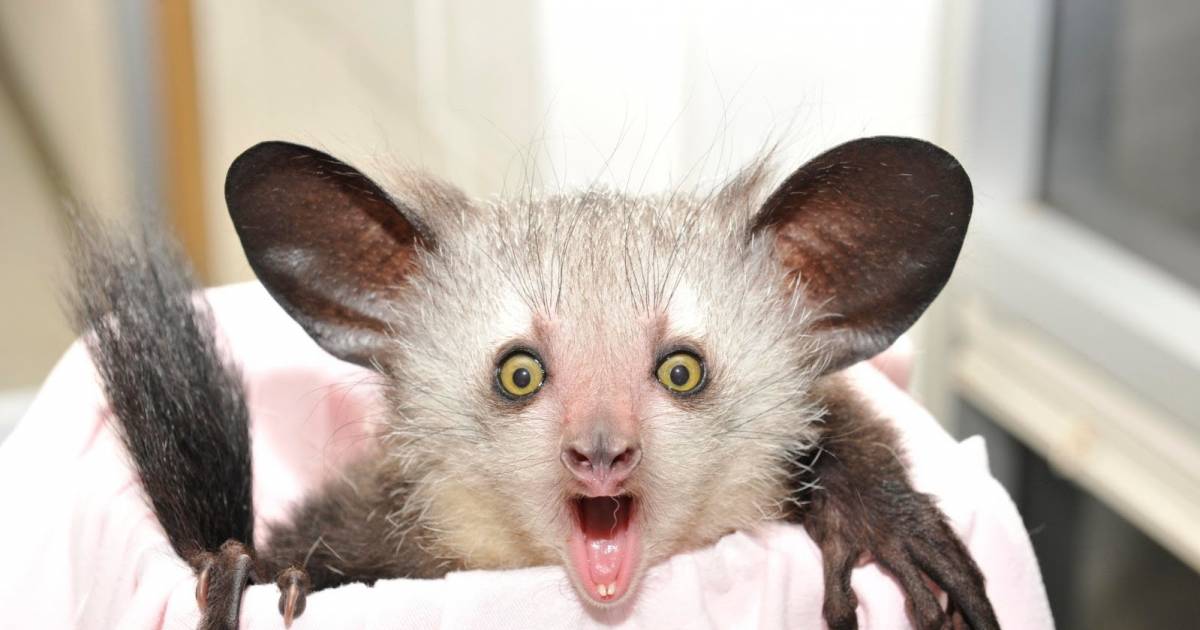 This little fellow might look like some kind of lobster tail but it's actually the smallest armadillo on Earth. It can be found roaming the deserts of central Argentina. The animal is nocturnal and not very social. It loves to chow down on bugs and other tiny critters. 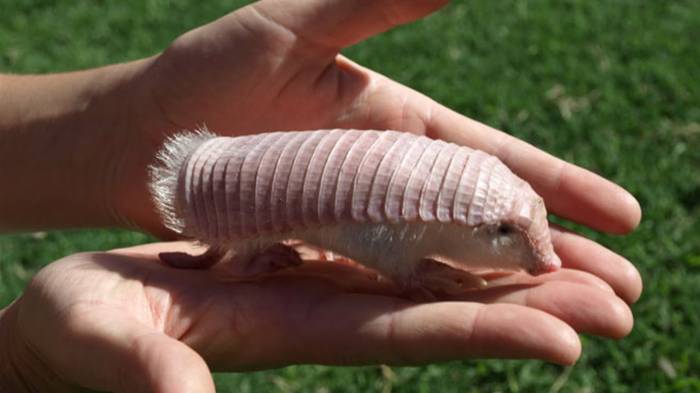 This strange looking turtle is the largest freshwater turtle in the world and is considered to be endangered. They can weigh over 220 lbs and can grow to be over 3 feet long. These carnivores love to ambush fish and crustaceans. They spend the majority of their day buried in the sand with their eyes and mouth uncovered. They do come up for air about twice a day in order to take a breath. During a typical laying phase, they will lay around 20-30 eggs. 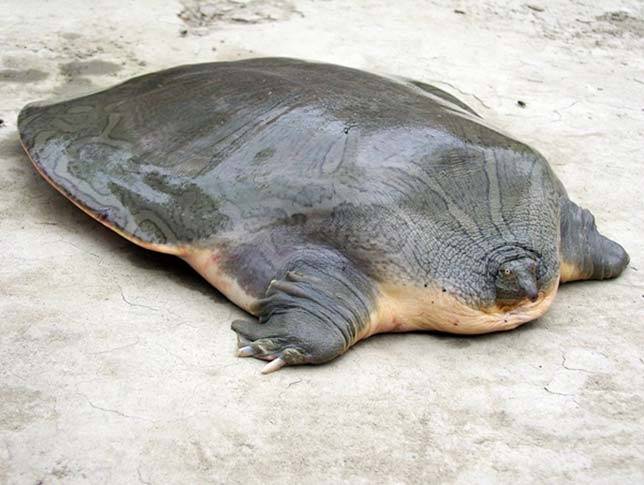 This distinct lemur from Madagascar is the biggest nocturnal primate in the world. The way it finds food is pretty unique. It will tap on trees in order to locate grubs, then bite a small hole in the wood. Afterward, it will take its abnormally thin middle finger and dig out the grubs. The Aye-Aye is currently listed as endangered. 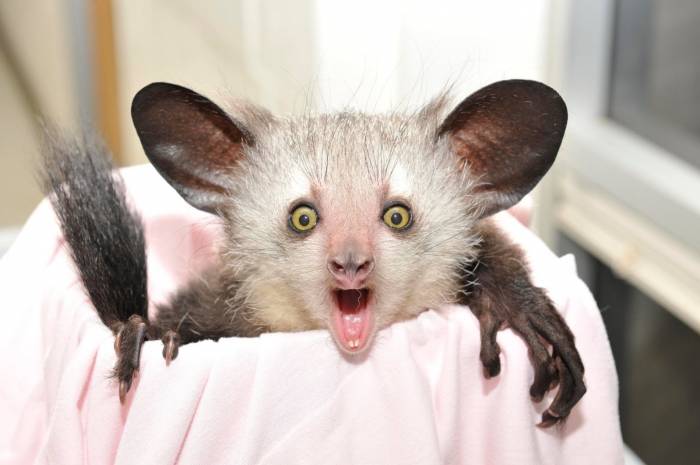 This crustacean was only recently discovered back in 2005. It has long silky blonde setae that resemble fur covering its legs and claws. Yeti Crab is actually a nickname for the creature labeled Kiwa Hirsuta. This creature is assumed to be blind and lives deep in the ocean near hydrothermal vents where t forages for bacteria and tiny sea creatures. 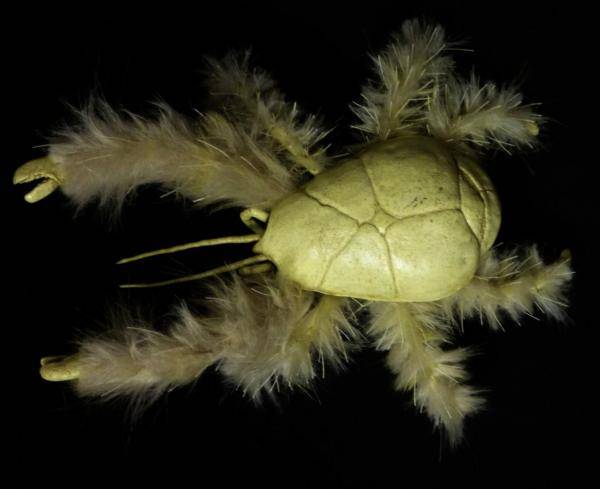 This canine may look like a fox but it's definitely not one. Nor is a wolf despite its name. This strange animal is found in the open grasslands of Brazil, Paraguay, Bolivia, Uruguay, Argentina, and Peru. The maned wolf is also at risk of becoming endangered due to its habitat being lost. They weigh about 50 lbs and stand at about 3 feet tall as adults.

It is the tallest canine in the world with its distinctive long legs. It's also known to leave a very strong odor when marking its territory leading to it being nicknamed the "skunk wolf." 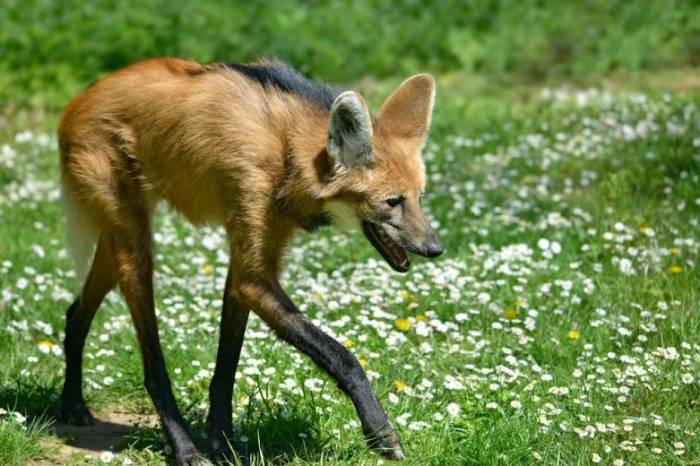 Dugongs are related to manatees and sea cows. They are the only mammals that are strictly marine herbivores. Dugongs are most highly concentrated in the waters between Australia's Moreton Bay and Shark Bay. Unlike manatees, the dugong has a tail similar to a dolphin. They also have unique skulls and teeth. Due to overhunting for its oil and meat, the dugong is dangerously vulnerable to extinction. This is exacerbated by its 70-year lifespan and slow reproductive rate. 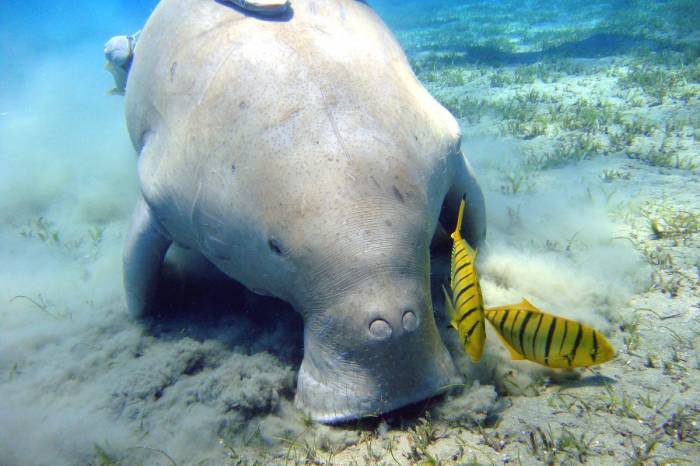 Made popular with recent generations by the Disney show, Kim Possible the naked mole-rat is a very weird looking rodent that is native to Eastern Africa. In order to survive its harsh natural environment, it has developed several strange traits. It's the only "cold-blooded" mammal on earth and has super low respiratory and metabolic rates. Combined with its lack of pain sensitivity for its skin, the naked mole-rat is truly in a class all its own. They are even resistant to cancer and can survive for long periods of time without oxygen. 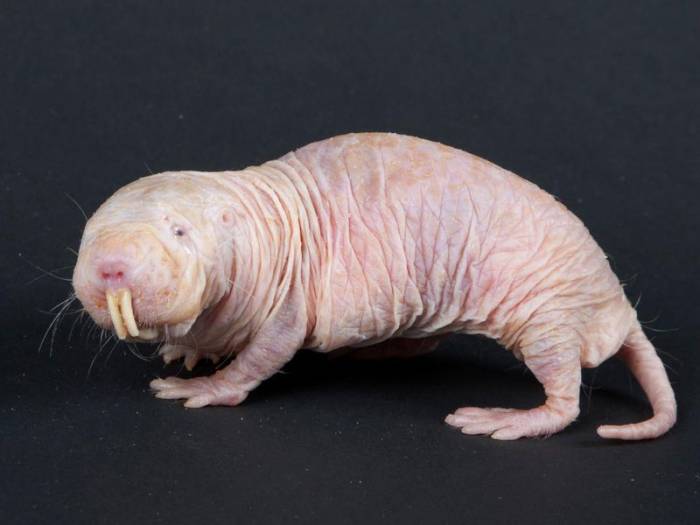 This long-necked antelope is normally found in East Africa. Known also as the gazelle giraffe, this animal is recognizable by its very long, slim limbs and neck. It can weigh up to 115 lbs and grow up to about 4 feet tall. 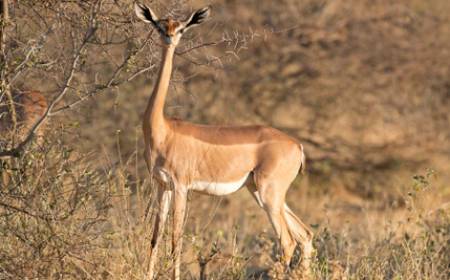