Posted by Editorial Staff in Bizarre On 30th September 2017
ADVERTISEMENT

Subways are a breeding ground for weirdness. Every day you are likely to see some strange sight that would be crazy to see anywhere else but completely normal on a subway train. Take a look at these crazy photos.

In Moscow, you are likely to see anything. Take this obvious emo chick and her pet raven. The crazy things that you see in Russia. 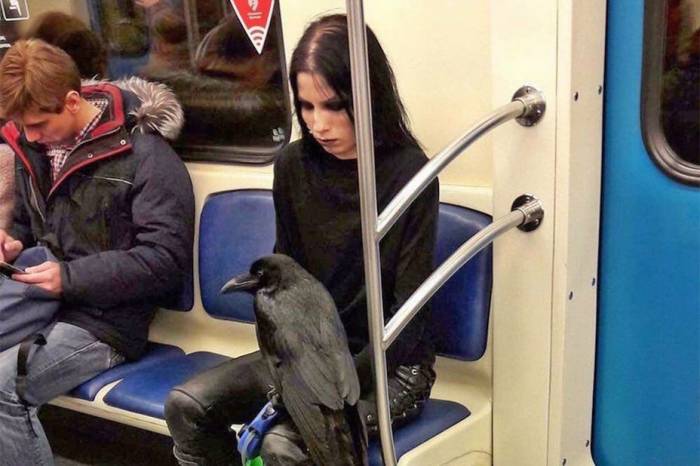 This grandma has the right idea when it comes to protecting herself on the subway. I doubt anyone will try to snatch her purse while she is toting that thing. 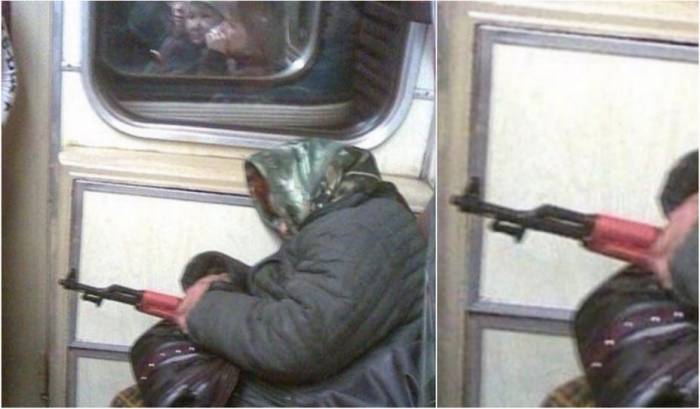 Not creepy at all.

So this image shows a bloodsoaked subway car and a woman just sitting there smiling. Like WTF lady, did you just murder a bunch of people or are you just crazy? 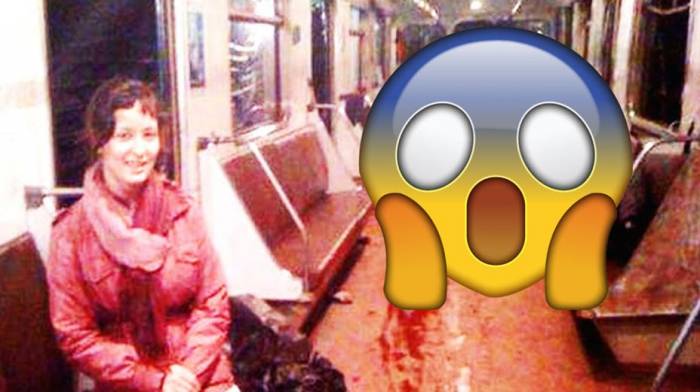 How many toes do you have?

Birth abnormalities happen. Some can be really subtle and others can be really out there. In this ladies case, her 6th toe wouldn't normally matter but today she's wearing open-toed sandals. 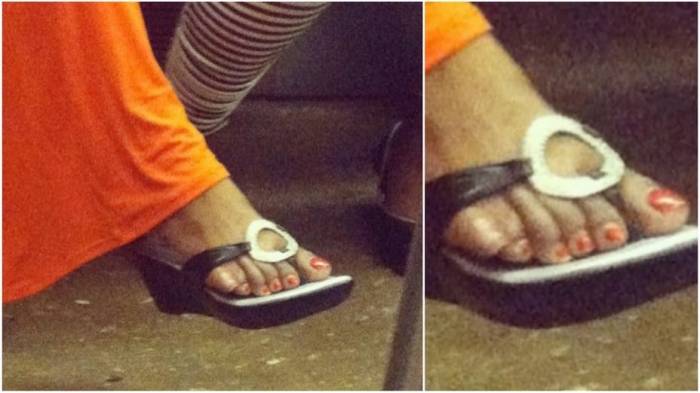 This is just weird.

If you saw this woman out in public you would probably run. I know I would. Dolls are creepy enough as it is but wearing a coat made out of doll heads is just crazy city. 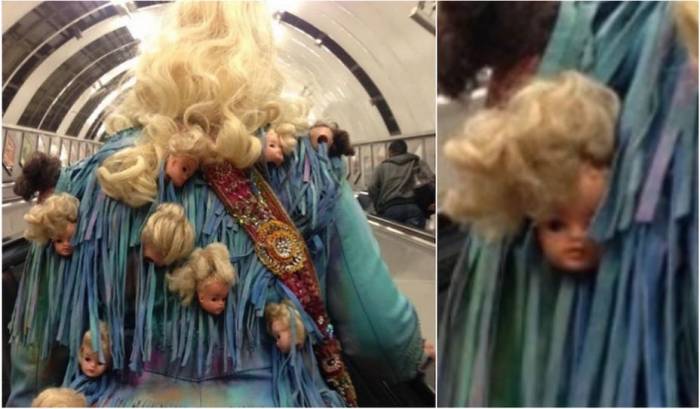 Is that Hannibal Lecter?

This lady is a dead ringer for the 'Silence of the Lambs' antagonist. I hope she doesn't eat people too. 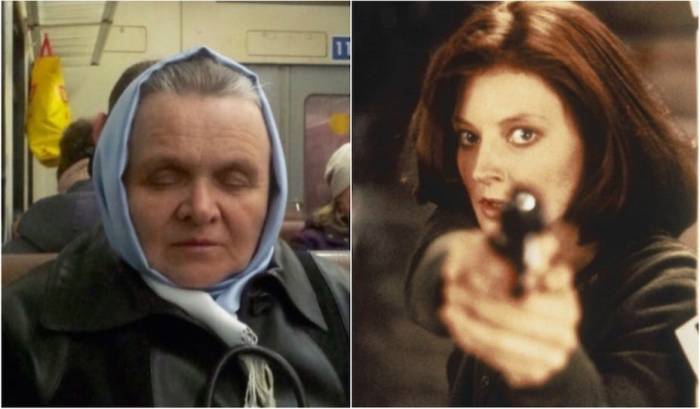 This one really doesn't work without the video to go along with it but basically, this chick is touching herself and gyrating. She pauses every few seconds to rub the guy beside her's hand. Creepy. 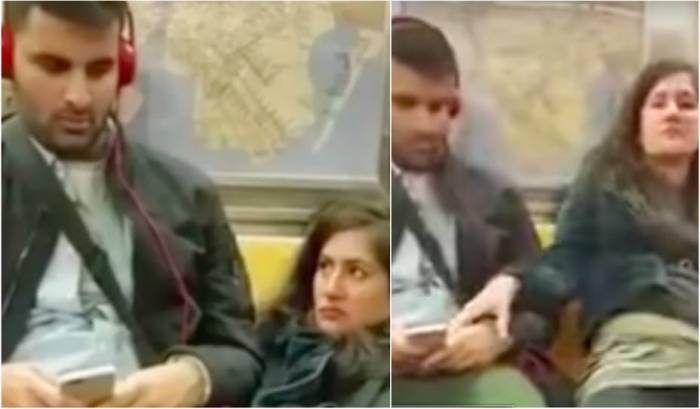 Somebody come get this old lady. Idk why the hell she is sitting there twirling her dentures. Maybe she is advertising her tongue skills for some young man. 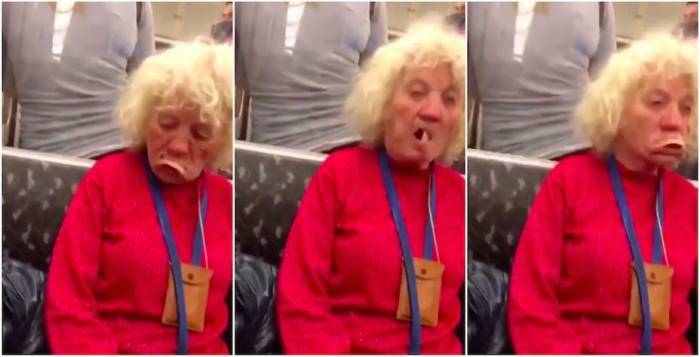 You know what's more creepy than the twins from 'The Shining'? Two chicks standing on the subway wearing their costumes with their oversized heads. Look at the poor guy in the front. 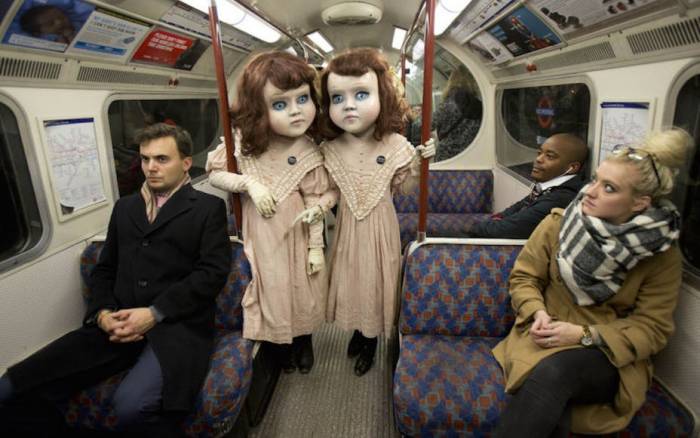 Something tells me that whoever is at her destination is going to have a very bad day. That sledgehammer means business. Probably some cheating boyfriend or something. 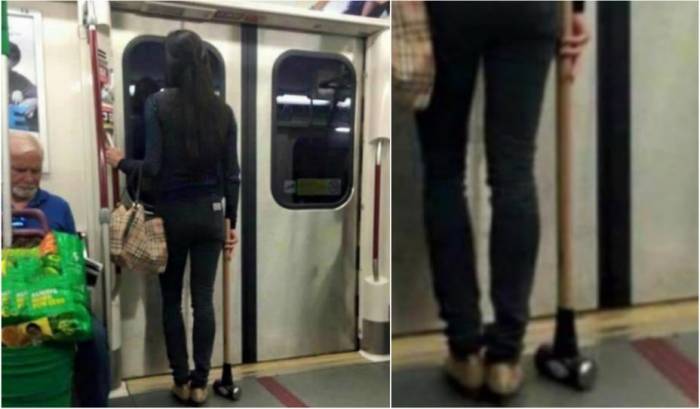 Look at her knees. Look at them closely. If you see baby faces you're not crazy because I see them too. They are probably the tortured souls of her aborted children. 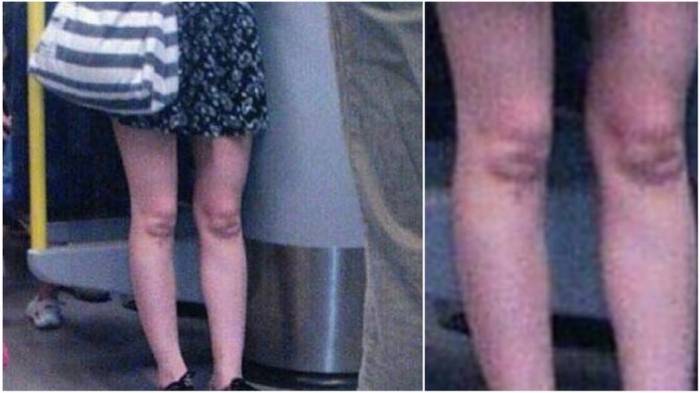 Bruh, look at those nails.

Those nails look so sharp they could cut through steel. Hey, lady, Wolverine wants his schtick back. 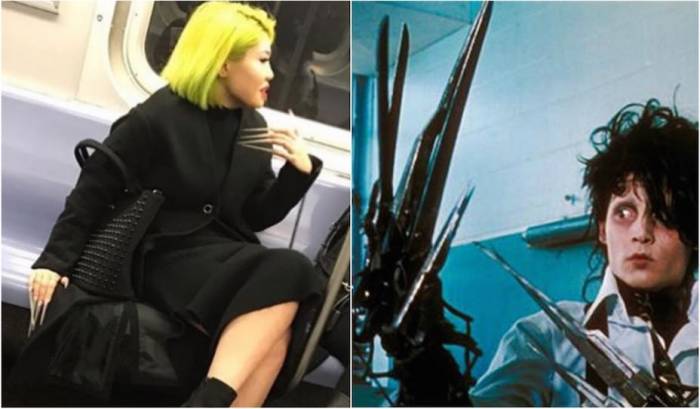 Is that what I think that is?

Okay so at first I thought it was a dog but apparently, it's actually a hyena. Why the hell someone is carrying around a dead hyena on the subway is beyond me but here we are. 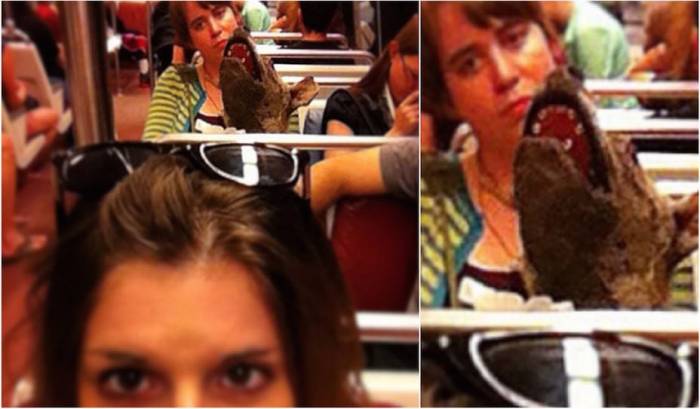 Where is Samuel L Jackson when you need him? I'm tired of these snakes on this train. But no, really I bet there are some freaked out passengers on this train. Why else would she be standing alone by the door and not sitting? 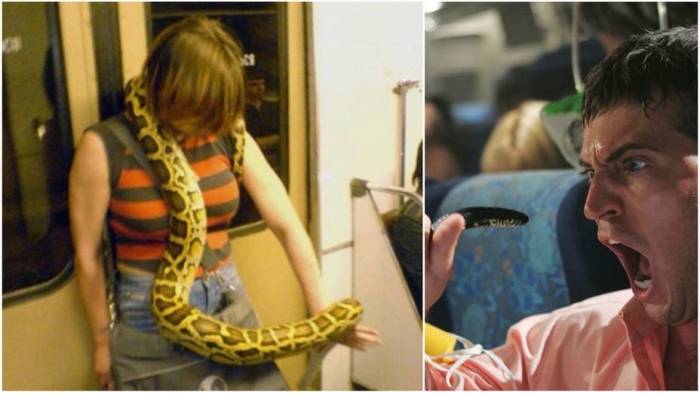 Granny will f*ck you up!

Once again it's badass granny time on the subway. If you try to take this ladies purse you will be lucky if you only get hit with her brass knuckles. If she breaks out the cane as well you might as well give up your life on the spot. 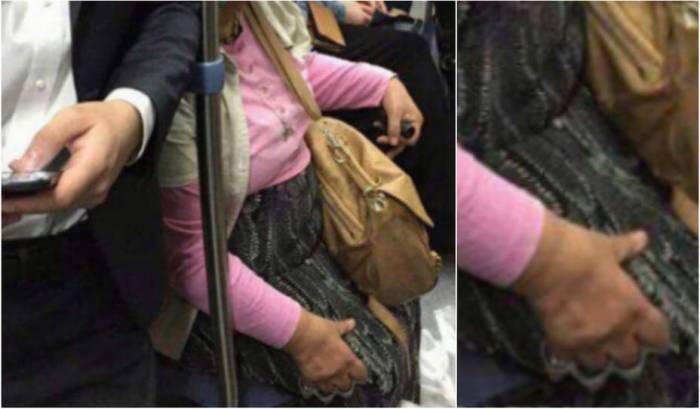