Incredible footage has emerged of a 50,000-pound humpback whale protecting a diver from a shark. 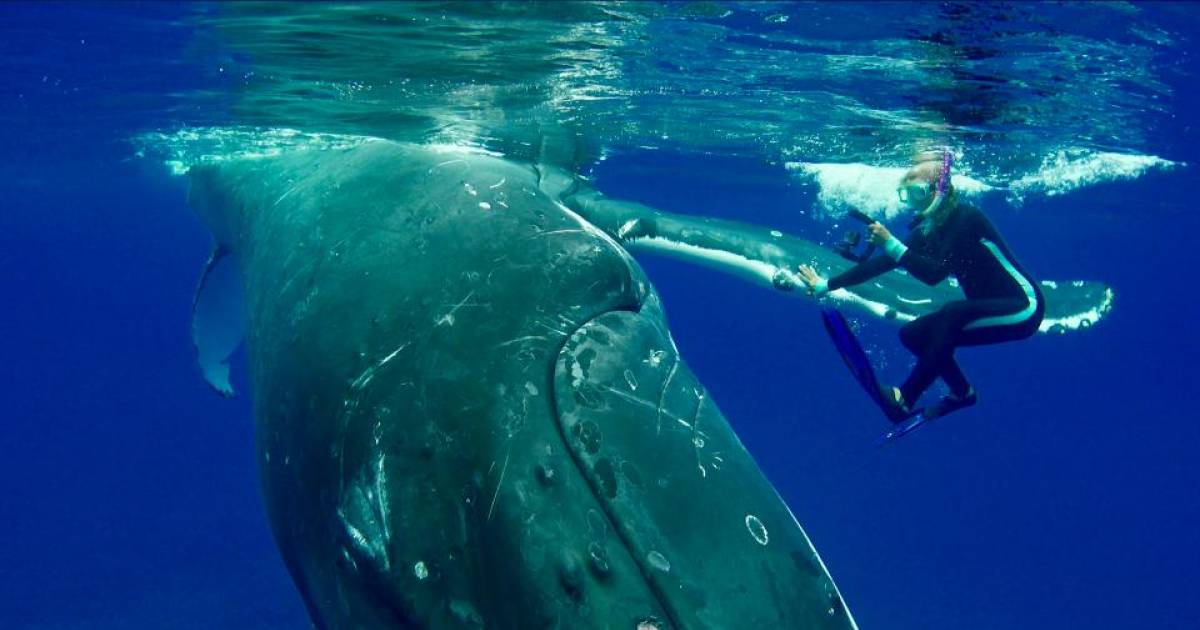 The hypnotizing footage was filmed in the waters off Muri Beach, Rarotonga, of the Cook Islands in the South Pacific. 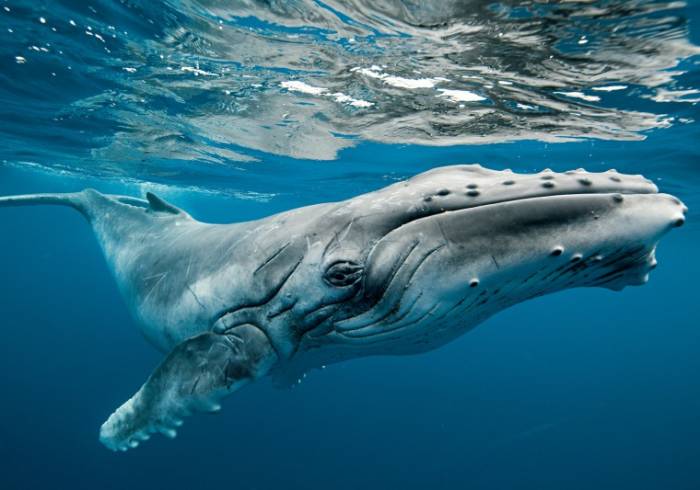 The 50,000lb mammal can also be seen tucking the 63-year-old under its pectoral fin and it even lifts the biologist out of the water at one point.

The pictures of Nan Hauser, 63, show how the massive sea creature pushed the whale biologist with his head and his mouth, then tucked her under its pectoral fin and even lifted her out of the water on one occasion. 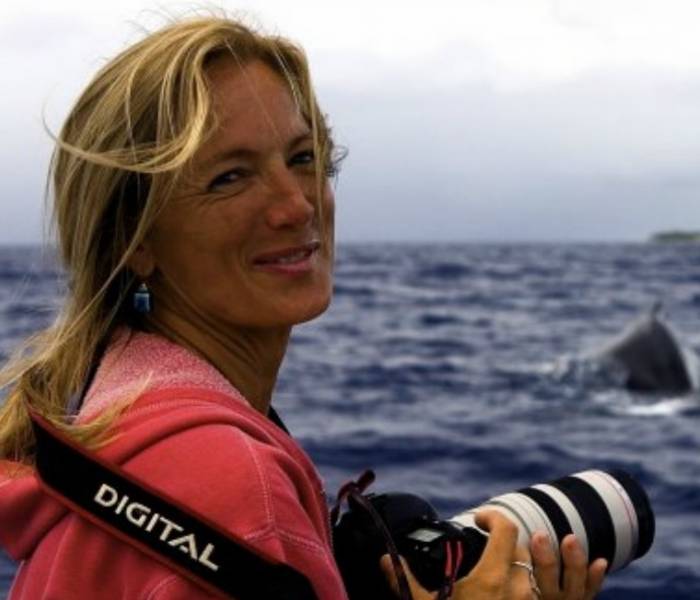 Thanks to the 14-meter-long whale’s actions, when Nan is briefly pushed above the water, she gets a chance to alert her team to the nearby danger.

Nan says that out of shot, another whale was using his tail and slapping the water to divert the shark away, she told the Mirror. 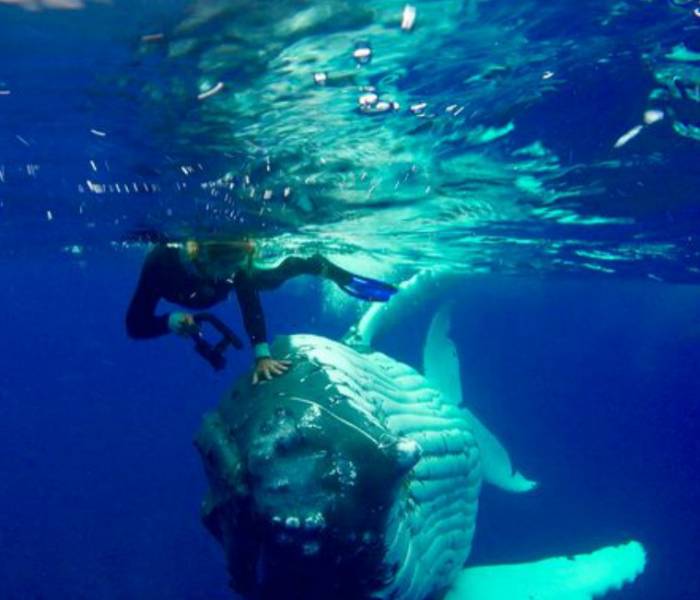 As Nan returned to the safety of the boat, in the waters off Muri Beach, Rarotonga, the Cook Islands, the whale even came back to check on her.

She said to the Daily Mirror: "I wasn’t sure what the whale was up to when he approached me, and it didn’t stop pushing me around for over 10 minutes." 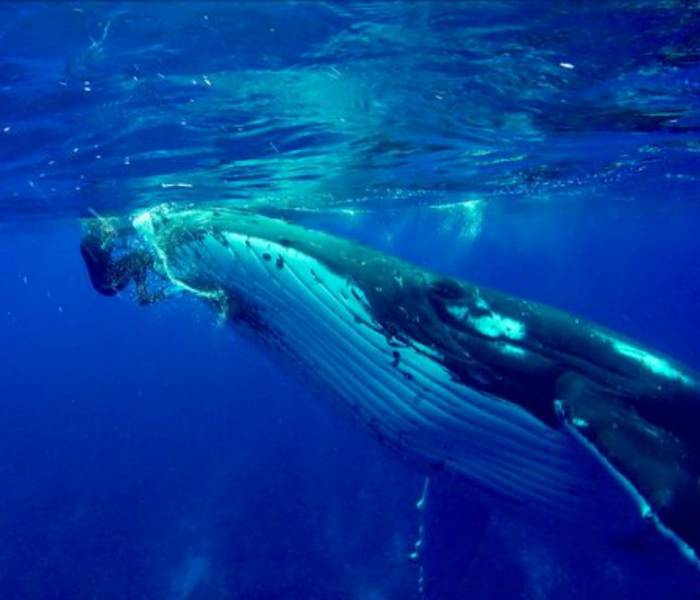 "Scientists have seen cases of whales protecting other species but this will be the first documented case where they've actually protected humans from a shark."

Nan had never seen this particular whale until this day, so had no previous connection with the mammal.

The cameraman had never filmed whales before, so didn't know just how unique this behavior actually was. 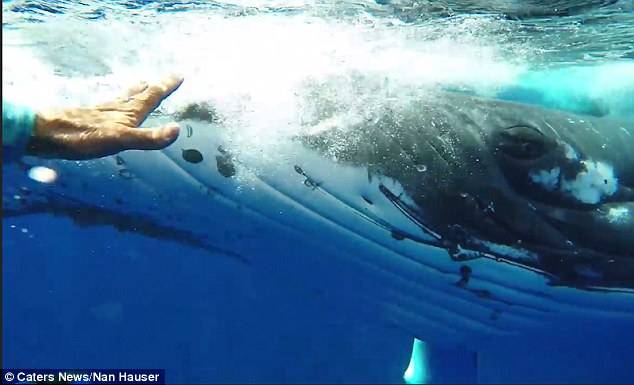 The biologist now hopes to share the footage in order to expand research and awareness of such actions from whales.

On Nan's nearby research vessel, however, her team was concerned for her safety, abandoning their drone footage because, as Nan said, they "did not want to film my death." 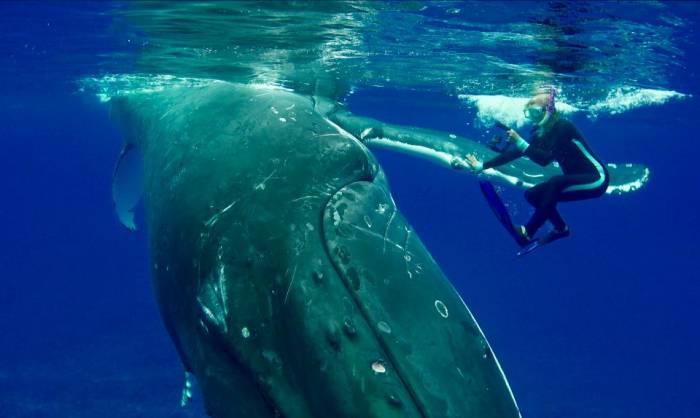 Nan said: "There is a published scientific paper about humpbacks protecting other species of animals by Robert Pitman."

"They hide seals under their pectoral fins to protect them from killer whales." 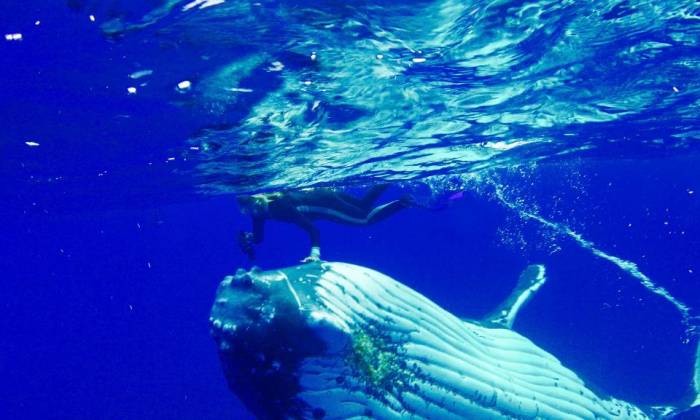 "They truly display altruism - sometimes at the risk of losing their own lives."

This is the first documented case where a humpback whale has protected a human from a huge tiger shark, Nan said.

"Other fishermen and divers have seen this same shark nearby the reef and say that it is as big as a pickup truck. 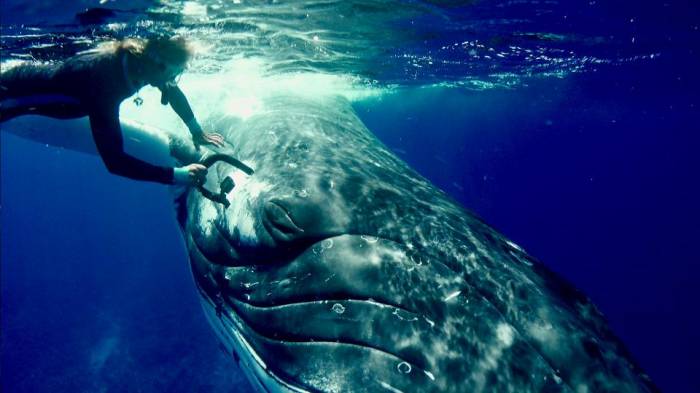 "It's funny how the tables are turned here: I've spent the past 28 years protecting whales, and in the moment, I didn't even realize that they were protecting me!" 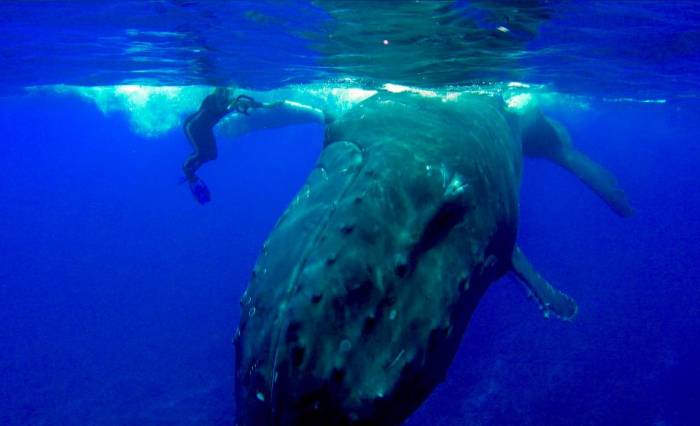