Posted by Sama in Bizarre On 1st May 2021
ADVERTISEMENT

An inappropriate message sent by this teacher led to her sacking from her job. Apparently, this white Texas teacher thought that it would be funny to take a staged photo with her foot on a black boy's neck. She then thought it would be more entertaining to send it to the child's family. However, the family on the other side was left horrified with the bizarre picture and immediately raised their concern over the message the 'staged' picture was sending.

A bizarre incident led to this white teacher being kicked out of her job after she jokingly sent a picture of her foot on a black boy's neck to the boy's mother. The two women are well acquainted with each other and the picture was supposed to be a little joke between them however, the boy's father, his family, and the Texas school district didn’t find anything funny in it.

The teacher has been fired from the school and is under investigation by the Texas school district. 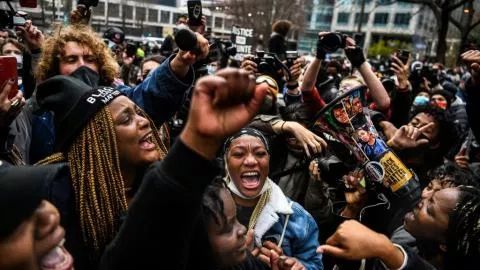 Apparently the white teacher was not joking and 10-year old Zaelyn Jackson, then got on the ground, and the teacher, not realizing her bizarre action put her foot on the child's neck and took a picture and with goodness knows what humor decided to send it to the child's mother. 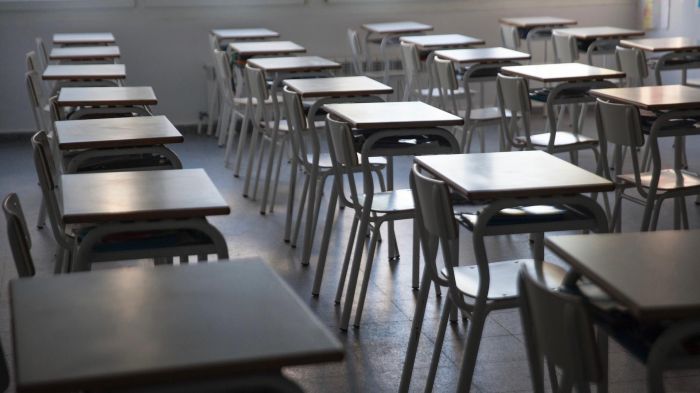 Was the teacher implying the death of George Floyd through her crude action and what made her think that this would be received well or funny in any manner especially by the black community?

Shocked by the picture, the boy’s aunt, Lakadren Jackson, posted the picture on Facebook noting that this was completely “unacceptable.”

Jackson wrote: “This stuff right here is unacceptable. Under no circumstances should this have happened. This is my nephew and his teacher and she thought it would be funny to do some shit like this."

Talking to a media channel, the boy said that he believed the teacher was joking. “She didn’t put pressure on it or anything,” he added.

His family said, “Oh we got jokes? Well, here is a funny joke, fire her!” OK, fine they didn’t say it exactly like this but they did call for the teacher to be fired BECAUSE SHE PUT HER WHITE ASS FOOT ON THE BLACK BOY’S NECK!

“I don’t really understand the whole situation, but all I know is it was never supposed to happen,” the boy’s father told WFAA. 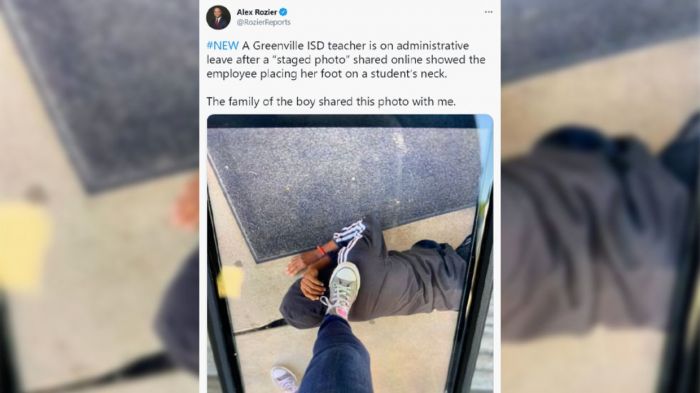 The Greenville Independent School District told the family that the photo was “staged,” however, because the action was highly inappropriate the teacher has been placed on administrative leave because of the disturbing message the action implies.

“Upon learning about this, we immediately contacted the family to check on the student to ensure his well-being,” the school district said, Newsweek reports.

“We will continue to be in touch with the family to be sure the student feels comfortable and safe on campus.”