Posted by Abdul Rafay in Relationships On 12th January 2021
ADVERTISEMENT

A woman was really upset and asked for advice on the Internet as her husband has become a strict catholic. And now her husband believes that it’s a sin to use contraceptives and she is really worried and asked for suggestions. She also shared that her health is not good after her second pregnancy and she does not want another child due to her health-related issues. 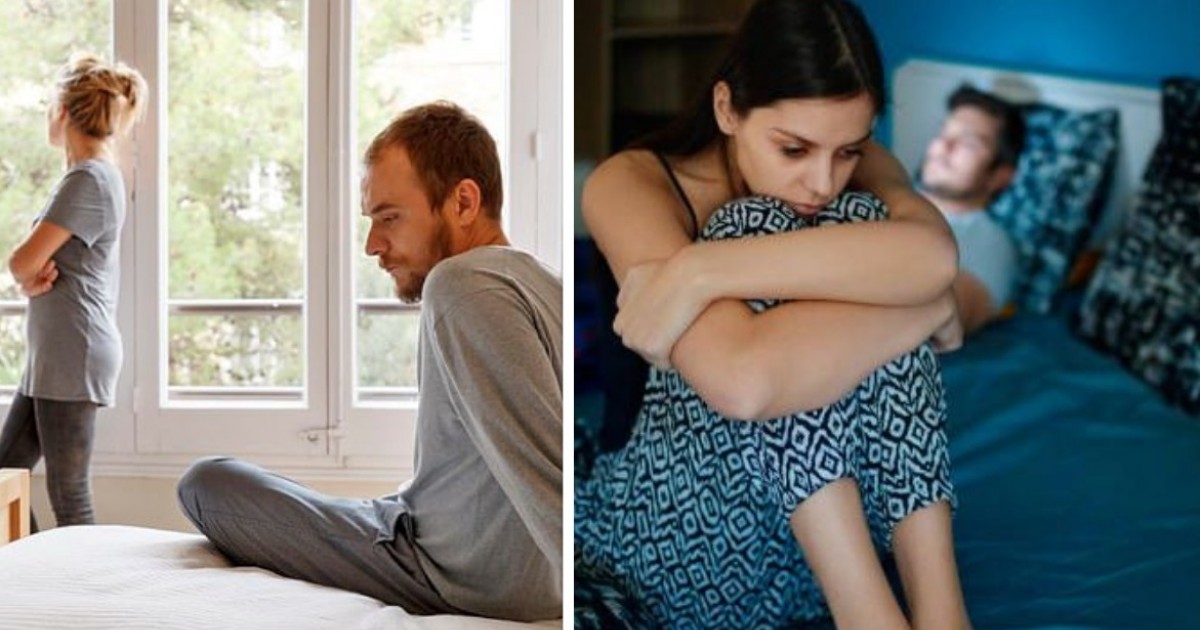 A broken-hearted woman is begging for guidance to save her marriage life as her husband refuses her to use contraceptives. The guy, who has been 'very religious' over the past two years, has recently been baptized into the Catholic Church, which believes that birth control is 'inherently immoral' and requires only natural family planning strategies such as monitoring the menstrual cycle.

He told her after his wife's second pregnancy that he thought contraception was a sin and forbade her to take the pill and other hormonal birth control types. The 36-year-old mother-of-two is not religious and, due to health problems resulting from her last birth, does not want any more children - disagreements that push a widening divide between the pair. 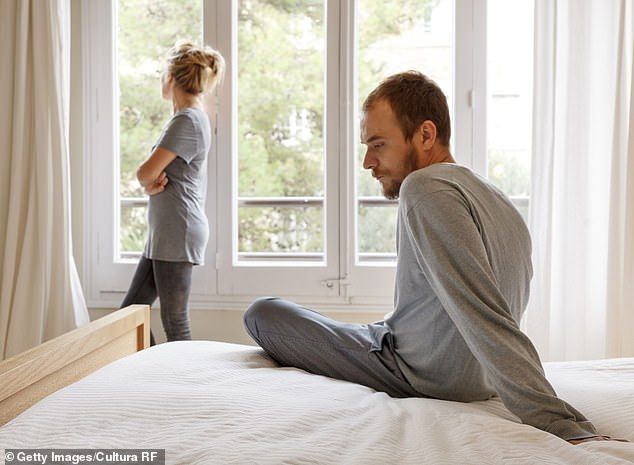 She asked for advice on Australian parenting forum

'Telling him this led to conflict, then dispute, then anger,' the wife wrote on Facebook anonymously to an Australian parenting forum.

'We've been at odds for over a year now and there is still no resolve. All forms of contraception are sinful besides cycle track, which doesn't work for me.'

She said she was saddened that her husband, who is a 'good man, great father' and a loving partner in general, had caused their marriage to be undermined by his rigid understanding of Catholicism. 'I'm so tired of it all,' she wrote. 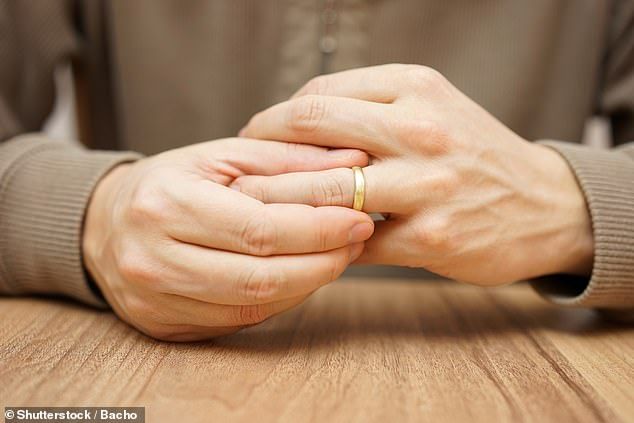 She was really upset and confused on her situation

'I feel that religion has no right to govern who loves who and how they do so, which has to lead to more arguing.'

The wife said that while he's 'such an incredible father' she doesn't want to leave her husband, but feels 'lost' about how to overcome their increasing differences.

'I never imagined in a million years I'd be in this situation,' she wrote.

'We were both agnostic all our adult lives. He said having children made him seek God, I feel so lost on what to do.' 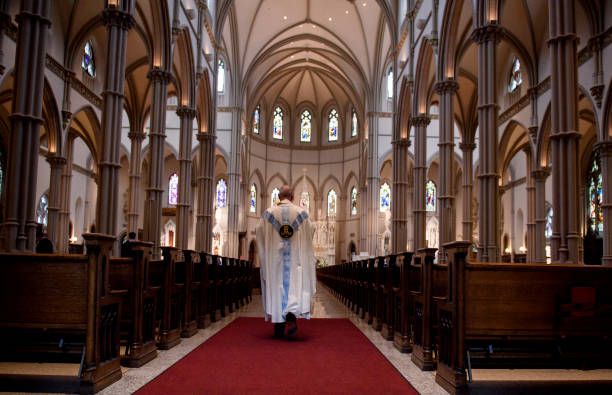 Since it was uploaded online on Saturday, her post has attracted hundreds of sympathetic comments.

'This is so hard. I respect all religions but don't understand how people cannot accept modern medicine,' one woman replied.

A second added: 'I feel so so much for you deep in my heart. I'm so sorry.' 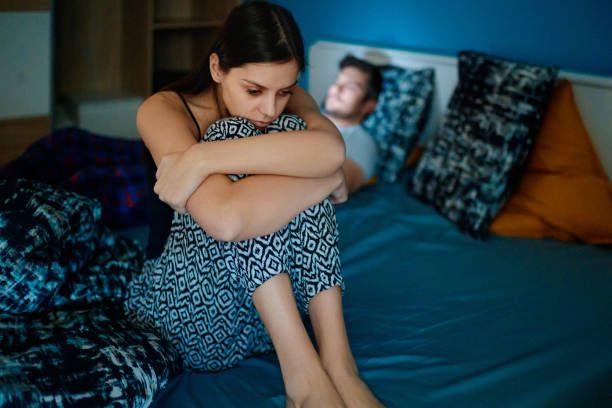 Some commented in her favour while some criticized her

A fourth believed that considering the problems his wife experienced during pregnancy, the husband should take responsibility for birth control. 'He needs to consider having a vasectomy,' she said.

'You have birthed his children, your body has grown both your children and if you have had complications and do not wish to have any more children your husband needs to respect your wishes.' Others advised without leaving the wife in distress that they felt would save the marriage. 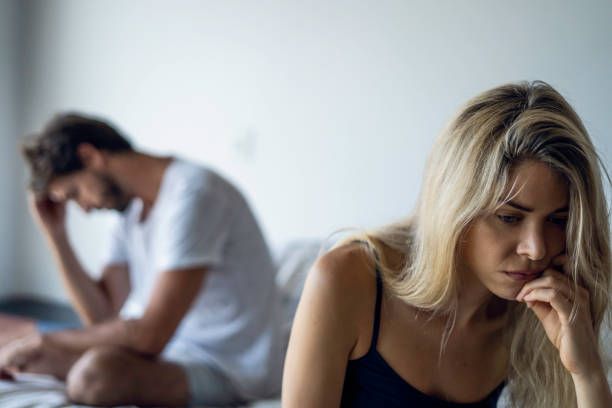 Some believed that religion has nothing to do with it

'Take the pill hidden from him,' one woman wrote, while a second suggested getting a contraceptive IUD inserted in secret.

'I'm Catholic and believe in doing what is right for you! I take the pill my theory is the church isn't raising my children, I am, so I will choose when to have my children,' said a third.

A fourth urged the wife, even though it means ending her engagement, to hold to her values.

'He can still be an amazing father to your children. My ex is. Don't ever live your life in unhappiness,' she wrote.

'As a Catholic, I can relate to your husband's point of view, and so it is a shame that natural family planning does not work for you,' one woman wrote.

Some suggested her to seek advice from priest or marriage counselor

'This should not mean you have to feel lost, alone, and powerless. This is never the aim of the Catholic church although at times it can seem you are left with no option.

'I would suggest seeking advice from a priest - I am not saying this to be biased but rather so that you have a platform your husband will be happy with. Perhaps once you explain your issue with cycle tracking you will be given some other options.'

'I'm Catholic and don't believe in contraception either, natural family planning is just as if not more effective than contraception if used correctly,' she wrote.

'Having said that, it sounds like you both have very different and conflicting views. A marriage counselor may help you reach a compromise somehow?'