Wisconsin Pharmacist, Who Destroyed Covid-19 Vaccine, Believes Sky Is Fake And The Earth Is Flat

Posted by Sumaiya Ghani in News On 9th February 2021
ADVERTISEMENT

His co-worker saw him destroying the vaccines and turned him in. Sticker told the police Brandenburg was 'very engaged in conspiracy theories' and thinks that the vaccine is 'micro-chipped' to turn off some people's birth control while making others infertile. She told he thinks the sky is just a shield put by the government to stop people from seeing God. 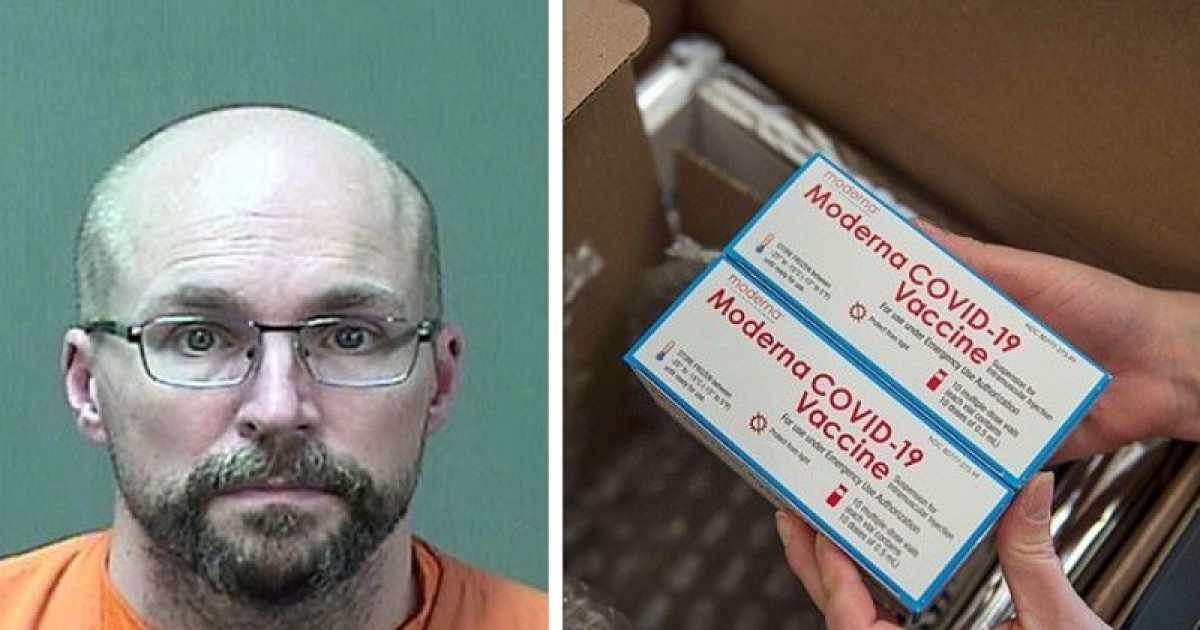 Steven Brandenburg, from Wisconsin, is a pharmacist who is accused of deliberately destroying vials of Moderna's COVID-19 vaccine.

Now according to Steven's colleagues, the 46-year-old is a flat-Earther and 'very engaged in conspiracy theories'.

One of his co-workers said Steven told him that the sky 'is a shield put up by the Government to prevent individuals from seeing God.' 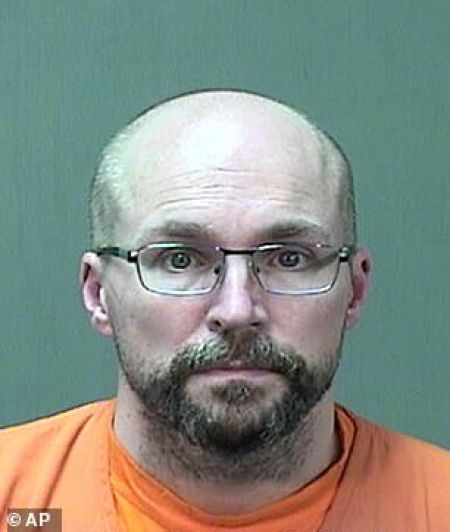 Steven is a pharmacist at the hospital pharmacy in Wisconsin

On 31 December, he was arrested by Grafton Police Department and charged with first-degree recklessly endangering safety, adulterating a prescription drug, and criminal damage to property. Steven is currently being investigated by the FBI, according to a warrant application obtained by Daily Beast.

The reports say Steven Brandenburg knew putting the box, containing the vaccine, out of the fridge will result in ruining them but he still did it.

Dr. Jeff Bahr, president of Aurora Health Care Medical Group, said there is 'no evidence' Steven Brandenburg damaged the vaccine in any other way than putting it out of the fridge. 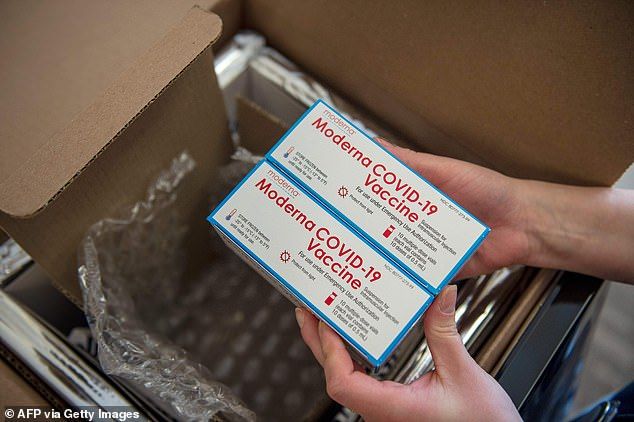 He thinks the vaccine will harm people

'Sticker immediately suspected Brandenburg of removing the vaccine from the refrigerator because of his vocal convictions against the vaccine,' the warrant reads.'

'Brandenburg has explained to Sticker that he does not believe the coronavirus is real, and he thinks the vaccine is going to harm people.' 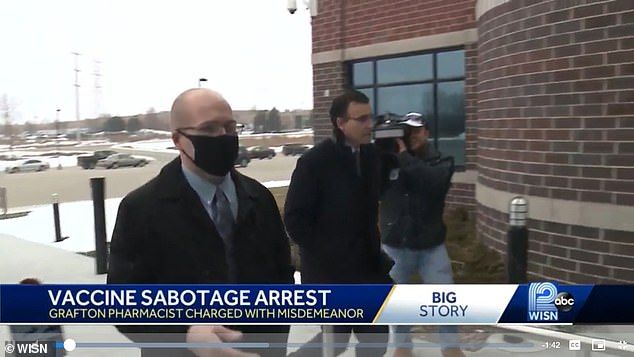 Sarah Sticker, a co-worker, saw Brandenburg removing the box of vaccines and turned him in.

When questioned, Sarah Sticker told Brandenburg was 'very engaged in conspiracy theories' and thinks that the vaccine is 'micro-chipped' to turn off some people's birth control while making others infertile.

'Sticker said that Brandenburg has been voicing his theories for months at work to anyone that would listen,' the warrant reads.

'Some of the conspiracy theories Brandenburg told Sticker about included: the earth is flat; the sky is not real, rather it is a shield put up by the Government to prevent individuals from seeing God, and Judgment Day is coming.'

On the other hand, Steven Brandenburg has admitted to his crime but believes the vaccine is not safe for people.

Brandenburg says the Moderna vaccine 'could hurt people and was not safe to administer,' according to the warrant.

He wrote an email to hospital investigators which said;

'My actions were inexcusable and I deeply apologize for the harm I have caused.'

'It's not an excuse but I have been under a tremendous amount of pressure in my life within the past two weeks and preceding 6 months,' Brandenburg wrote in the email, noting a 'very contentious divorce' and separation from his children.' 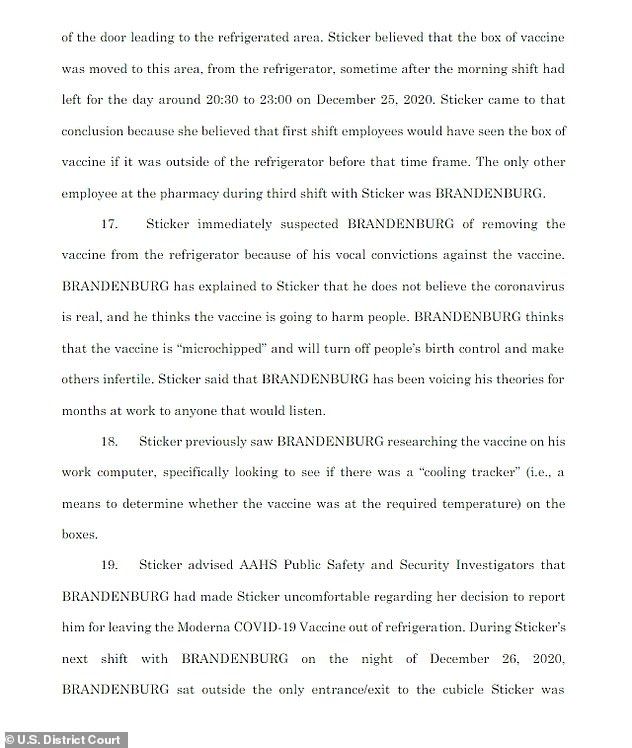 'In the last two weeks, I have been functioning on little to no sleep alternating with too much sleep from taking prescribed clonazepam when the lack of sleep was too much to bear.'

His wife left town to protect herself and her kids

The Grafton Police Department interviewed Steven Brandenburg who came to the conclusion that 'he is a conspiracy theorist.'

'Brandenburg noted that he has had an interest in conspiracy theories for the past 7 years and was vocal at work about his beliefs,' the warrant reads.

The co-worker Sarah Sticker told he used to bring a .45-caliber handgun to work 'in case the military came to take him away.'

On December 30, his wife Gretchen Brandenburg said in court filings that his house has storage units filled with 'bulk food and guns.'

In the filings, which were obtained by WISN, the wife says;

'I was so concerned about my safety and the safety of the children, that I left town for a period of time,'

She also wrote her husband thought 'the government is planning cyber attacks and plans to shut down the power grid.'

The pharmacist has now been fired from work and is prisoned for 10 years with a $250,000 fine on each charge. 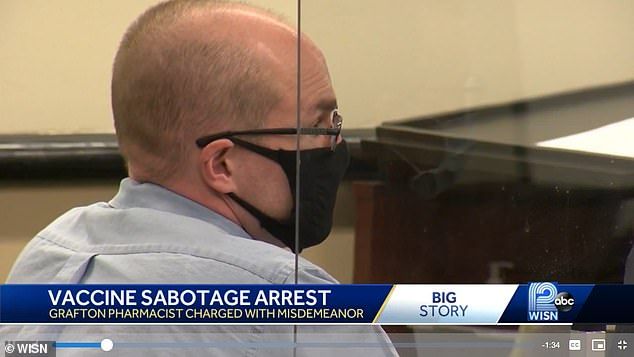