Kerstin Ehe is a 55-year old woman from Germany who has spent more than thousands of dollars on her body tattoos and has no plan on stopping any time soon. Ehe also have an Instagram page where she posts her cool pictures to show that old people can always rock tattoss in a better way. 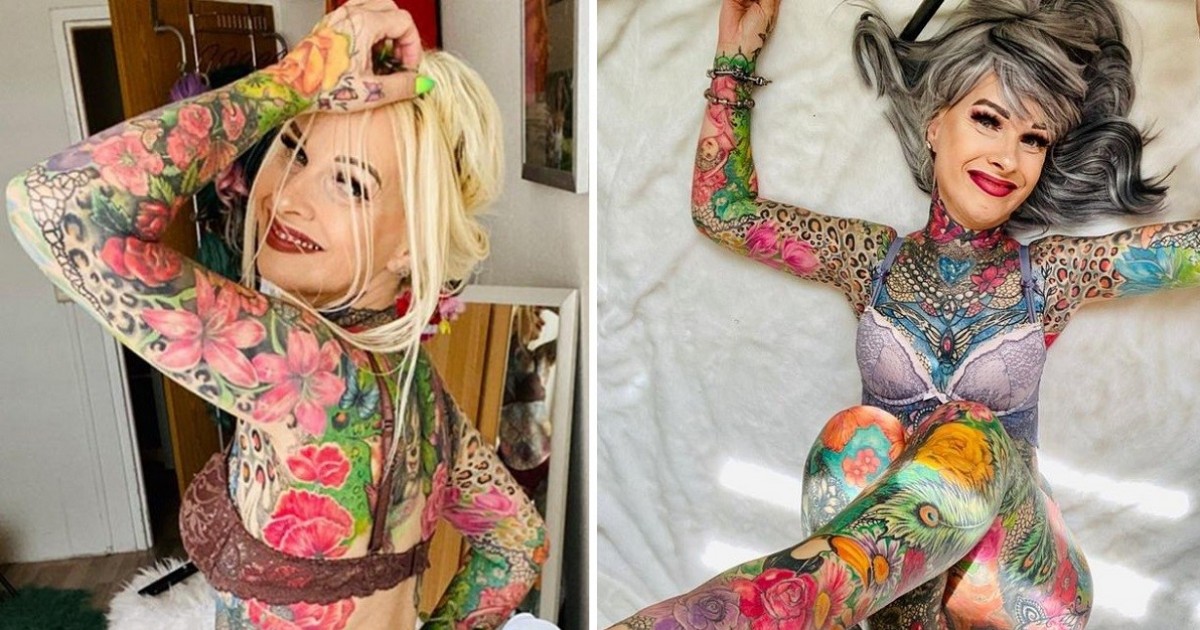 A 55-year old woman who has spent more than $39,000 on her body tattoos often gets asked if her genitals linked too.

Kerstin Ehe, 55, from Leipzig, Germany, has spent a whopping $39,000 on her elaborate tattoos, which she shows off on Instagram. 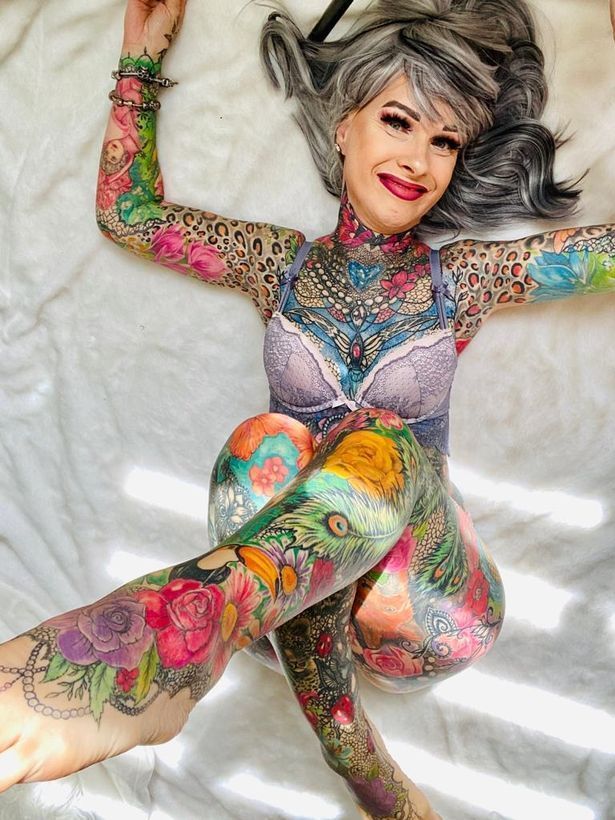 Ehe who is a full-time taxi driver got her first tattoo back in 2015. At the time, she had no idea that she would spend her next few years covering her body in art.

Now Ehe's mission is to prove that older people can also look good with tattoos. 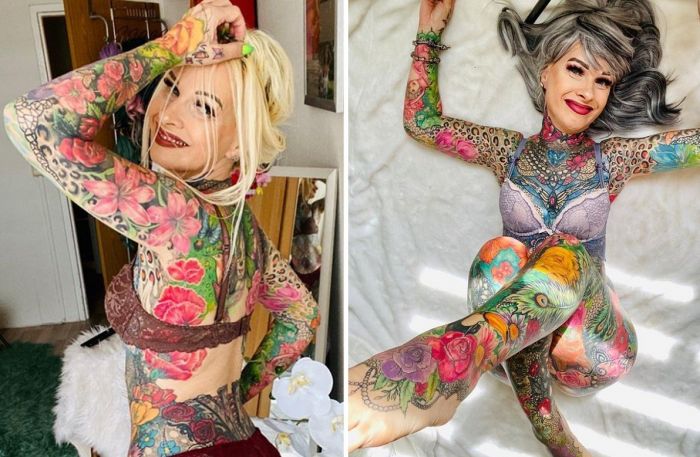 “The first-ever tattoo I got was on my hand, which my artist said it would be too painful.”

“We started at the top of my upper arm, so I always wanted to have more and more added after that.”

“I enjoy looking so beautiful, colorful and extraordinary. I like making people smile with my tattoos of flowers and butterflies.”

“And I wanted something that would last for eternity.”

While gets complimented by many people over her beautiful body art, she also gets weird comments from many people too.

She recalls some of her weird fans asking if she has her genitals tattooed.

She also admits to spending thousands of dollars on her tattoo craze and she has no plans on stopping any time soon. 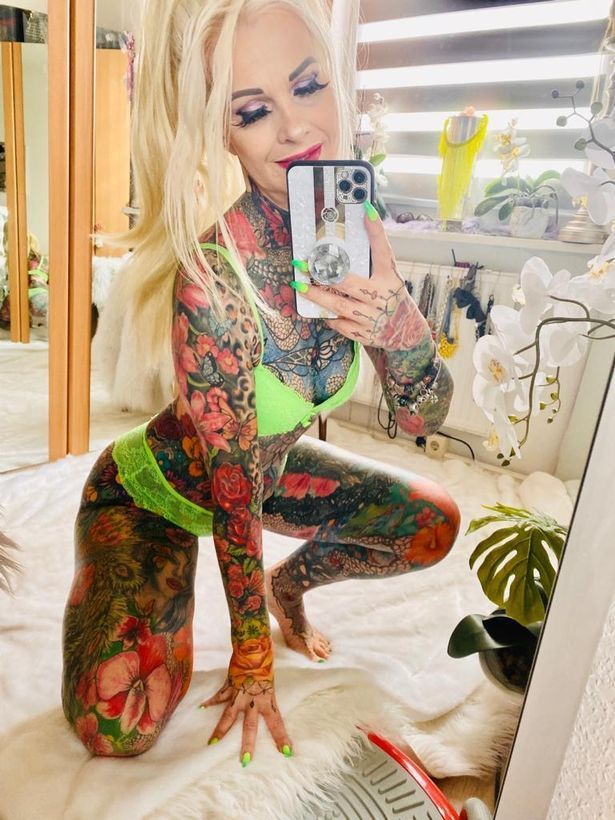 “I don’t drink, I don’t smoke, I don’t go on holidays, I don’t have an expensive apartment.”

Ehe says that even though she has no sentimental value to the tattoos but she generally likes flowers, butterflies, and skulls.

She says even though her tattoos weren’t too painful, she admits her feet, ribs, and ankles were a ‘bit like a tickle pain,’ even though she laughed her way through them.

“The pain thing is all in the head.” 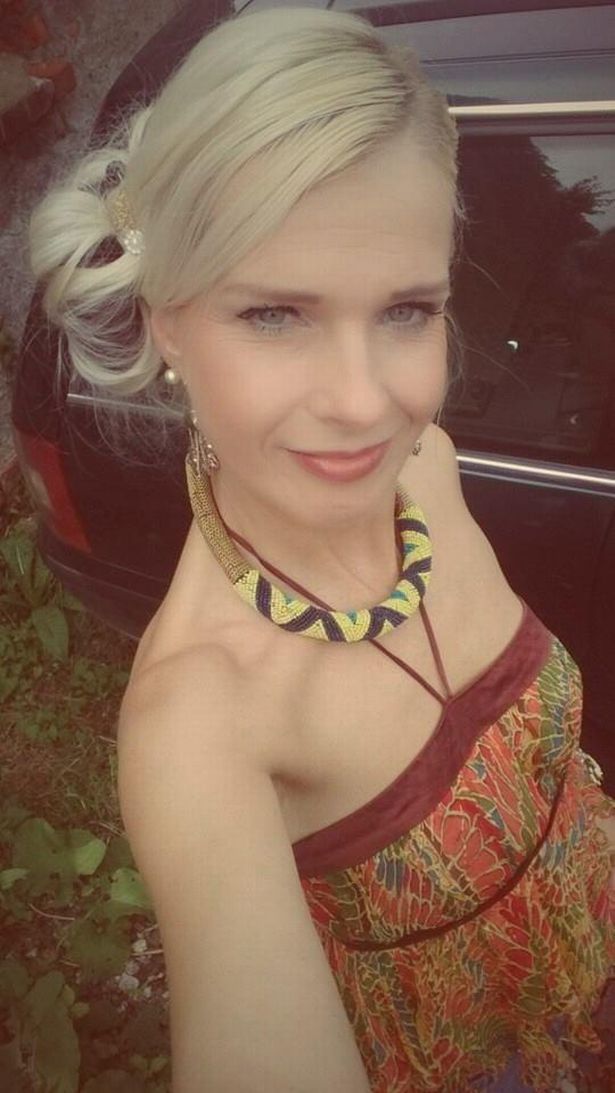 Ehe says that she even made her own Instagram page where she posts her pictures and to show the world that how old people can rock tattoos.

She said she’s often inundated with positive comments from fans, who regularly tell her she is beautiful.

Some of her fans even want to meet her artist.

“I think my Instagram account has been so successful because people love my crazy and colorful personality.” 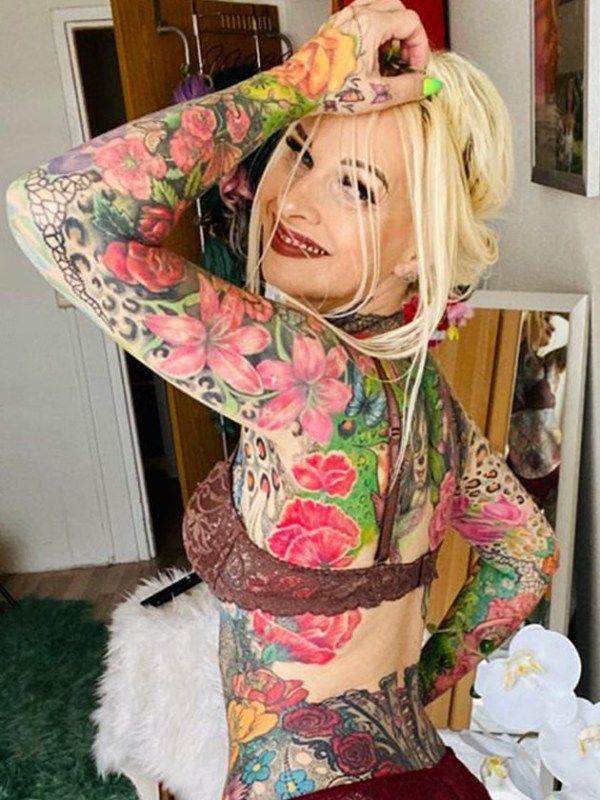 Ehe who also has a OnlyFans page, added:

“Some people tell me it doesn’t look good or that I have too many. Or that I should think about what I’ll to look like when I’m older and with [wrinkled skin]”

“We all grow old. There is no way around it.”

“But many people don’t understand that it doesn’t matter if you are covered in tattoos or not.

“Everyone’s skin is going to look old, and you only live once.”