Posted by Sumaiya Ghani in Funny On 11th May 2021
ADVERTISEMENT

Leah is not an anti-masker, it's just that the timing was wrong. "Basically I had a friend that said this quote about me. We were just talking about things that we really admire about the other person, and he said, 'You courageously and radically refuse to wear a mask.'" 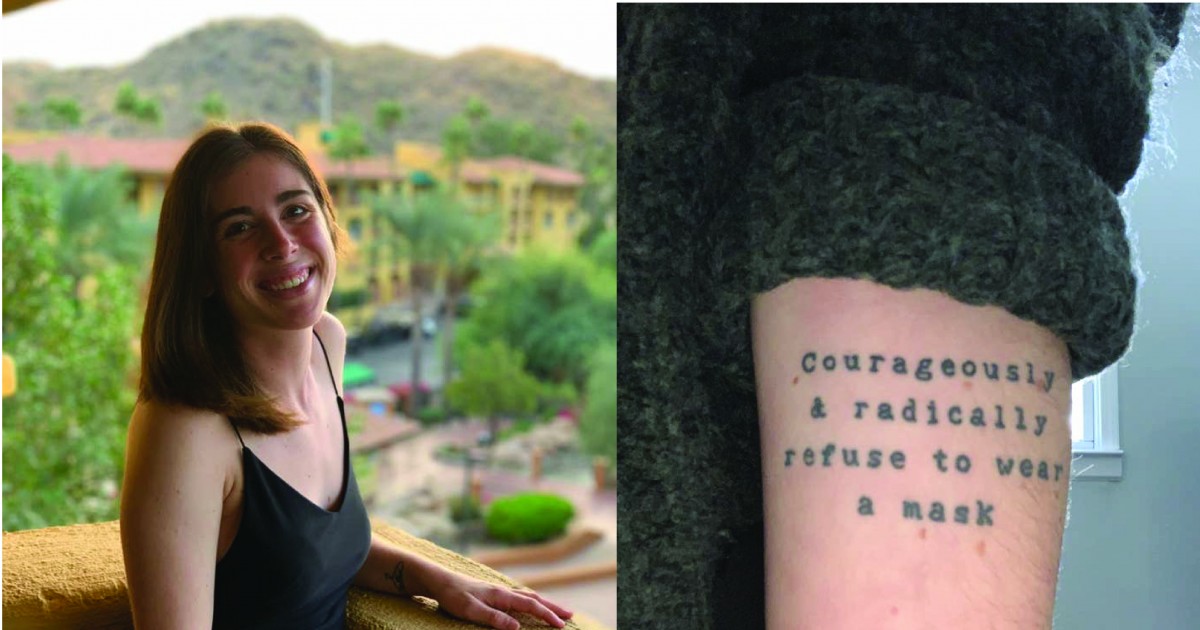 People on TikTok are sharing "the dumbest tattoo that they've ever gotten," and this smiling lady right here wins the race for all the right reasons.

Though her tattoo relates to the current situation in the world, Leah Holland, 25, had plans of getting this specific tattoo for two years before finally going for it.

Leah had no idea the tattoo she got before the pandemic might cause her trouble during these chaotic times.

"Basically I had a friend that said this quote about me," she told BuzzFeed News. "We were just talking about things that we really admire about the other person, and he said, 'You courageously and radically refuse to wear a mask.'" 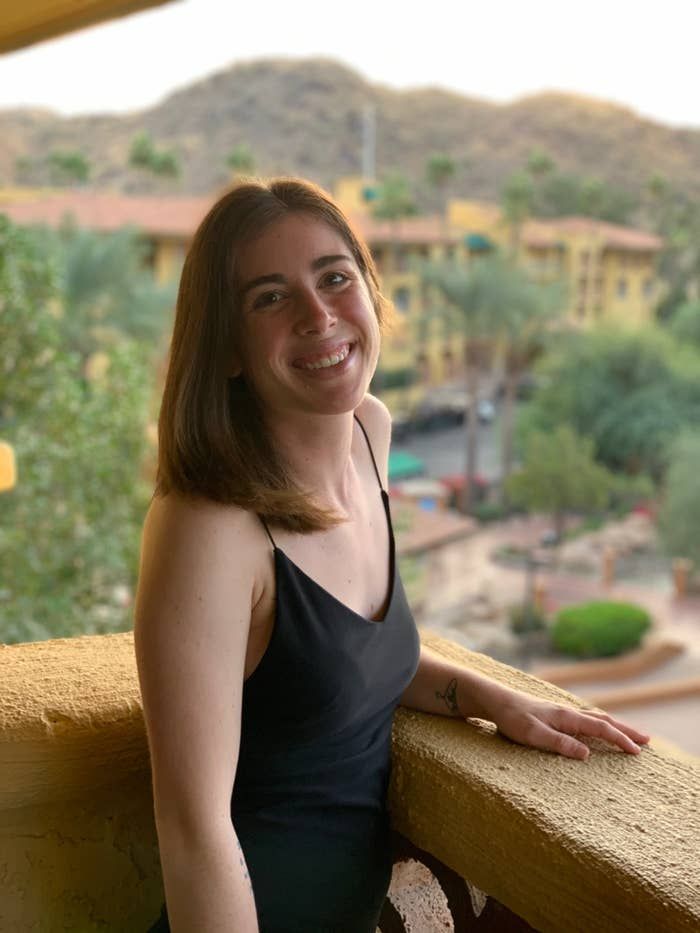 Leah believes it's pointless to pretend to be something you're not and since she loved the quote so she got it tattooed. 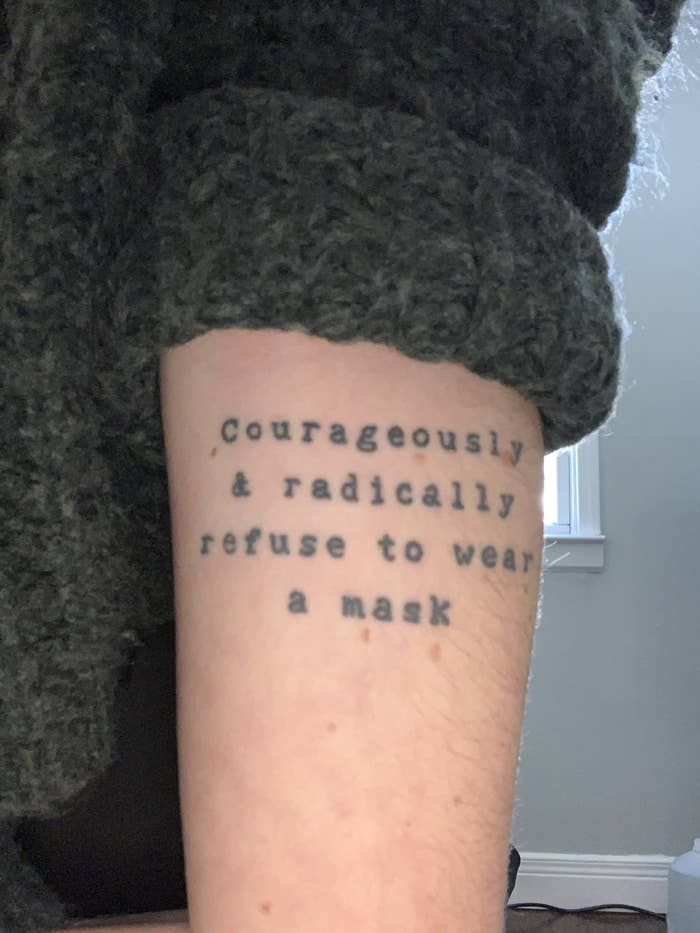 At the start, Leah was okay with her tattoo but then things started getting weird for real.

She didn't have any idea there would be a thing called anti-masker in the future.

"I assumed that we would probably have to wear masks and stuff. I didn’t think that the anti-maskers were going to be such a thing," she said.

#stitch with @hannanicbic I could NOT have had worse timing. #fyp #foryoupage #tattoo #worsttattoo #winner P.S. I’m not anti-mask I promise 🤦🏻‍♀️

Leah believed in wearing masks and was afraid people might misunderstand her.

"I spent the entire summer wearing cardigans so that could not be misconstrued," she said. "For most of the summer, I was mortified."

As soon as Leah spotted the new trend on TikTok, she knew she had to participate

Leah and her mother, who is not a fan of tattoos herself, loved reading the hilarious comments on her now-viral video.

Her mom even posted the picture of Leah wearing a mask with the tattoo calling her a "hypocrite." She made sure to tell people it was a joke only. 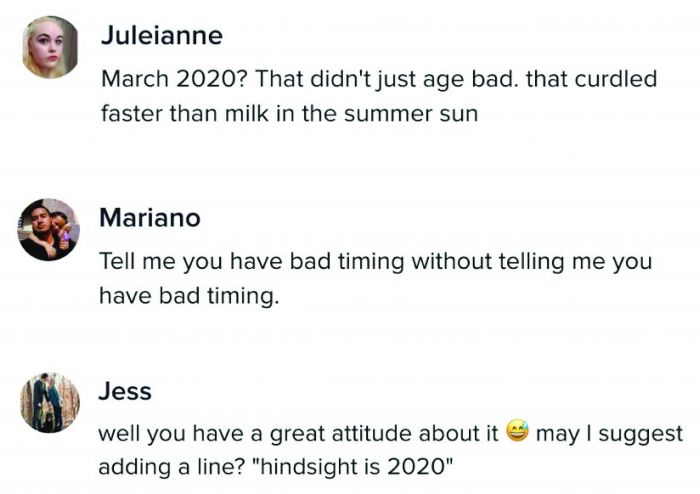 Leah on the other hand says though the timing of her tattoo was unfortunate now "it feels hilarious."

"It’s just a funny story now. I can laugh about it," she said. "I think it’s funny when other people are like, 'I laughed so hard.' I'm laughing about it too!"

Now Leah is also less self-conscious as she was the year before.

"It’s part of the thing of realizing that people aren’t looking at you as much as you think they are," she said.

"It’s not really worth me being self-conscious about it."