Posted by Mahnoor Nadir in Relationships On 28th June 2021
ADVERTISEMENT

This reddit post is a rollercoaster of emotions complete with family drama, anger, betrayal and then a final twist at the end. What's the biggest family drama you've seen? 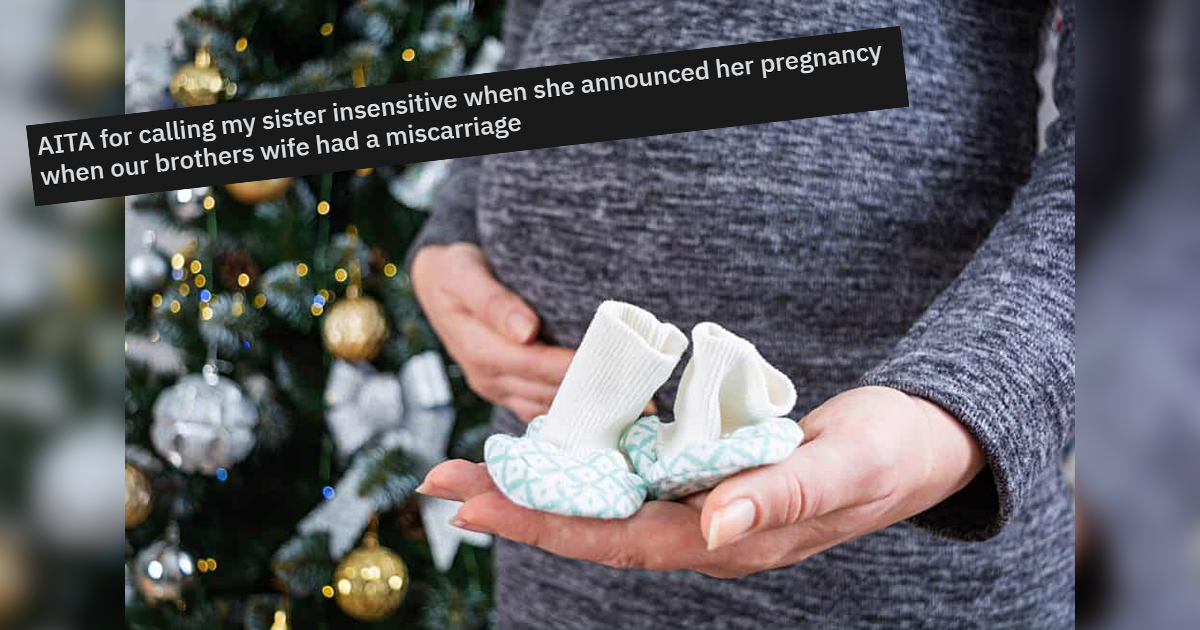 It all started when a user uploaded this post on the popular subreddit r/AITA, where people post stories asking whether they were the assh*le in an argument or situation.

OP has since deleted their account but we managed to get the gist of the situation.

In the Reddit archives were screenshots of the now-removed post where they told the story of how her brother and his wife had a miscarriage.

The two invited their family over to share the somber news when minutes later their sister announced that they were pregnant.

To no one's surprise, the brother's wife broke down crying having just shared the news of her miscarriage and the sister's callous behaviour.

The brother immediately kicked the offending sister out. The sister was shockingly, shocked that she had been treated this way.

OP may have tried to explain but to no avail and now the sister has her friend brigade sending hate to the family, and to OP in particular. Cherry on not, the sister is denying her behaviour,

Commenters of course, immediately ran to OP's support, telling them that they were NTA (Not the A**H*le).

People showed support for the brother and his wife and were appalled by the sister's behaviour.

But one comment had us do a double-take. It was weird to have a miscarriage announcement dinner but we were willing to give them the benefit of the doubt.

We realised the post had in fact been removed by moderators and not OP.

At the same time. someone posted on AITA's sister subreddit, AITA (Am I The Angel?) saying that there had been a surge of posts with similar stories where someone had a miscarriage and a pregnant woman was mean about it. They directly called the story out for being fake and likely karma farming.

We went back to see the reason why the mods removed the story. It was removed for being not truthful. Well, now what do we do with all these emotions?

The post still got 10k upvotes and received multiple Reddit awards, so guess OP really had us in the first half.