Posted by Zainab Pervez in Amazing On 17th July 2021
ADVERTISEMENT 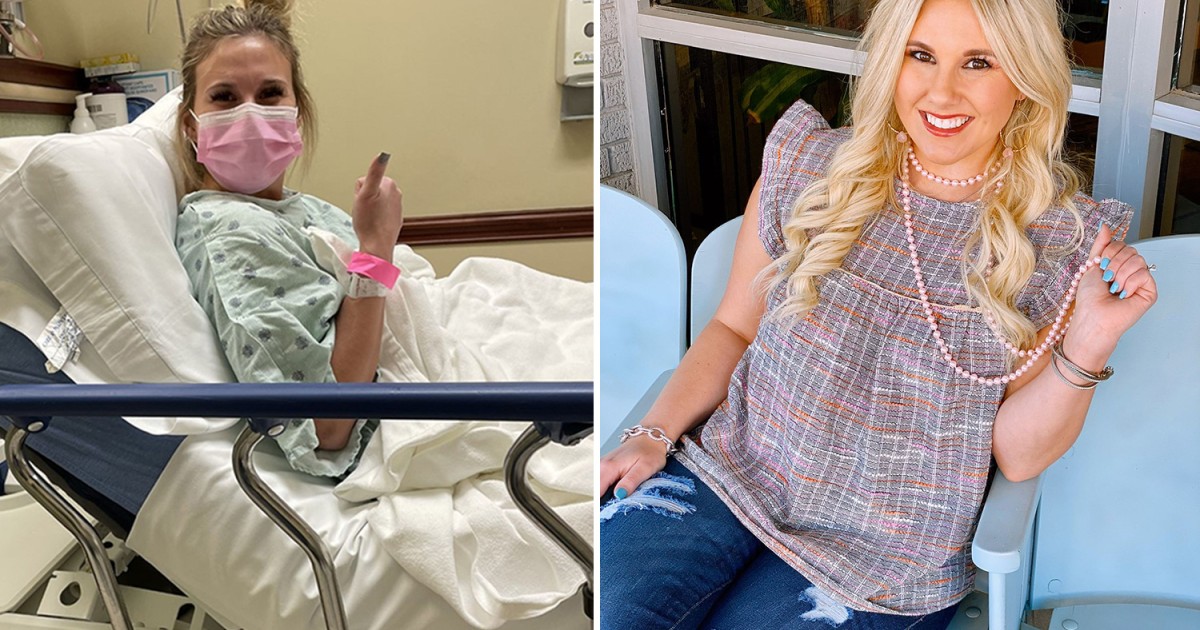 Heather Welper, 25, discovered that she has uterus didelphys when she went for a routine smear test aged 23. Her partner has been supportive and said she is 'double the woman' 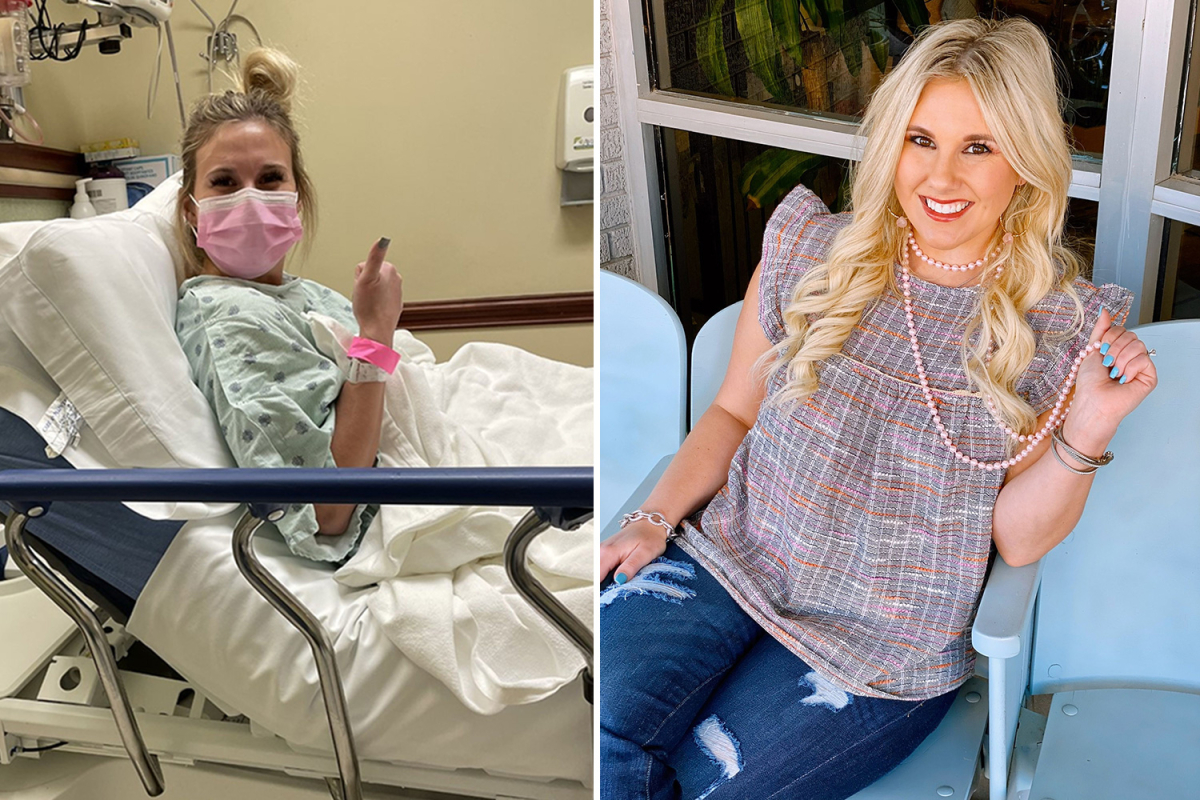 The project manager from Texas, US, was diagnosed with uterus didelphys during a routine smear test aged 23, after always feeling something wasn't right.

At 25 she visited another doctor to confirm her diagnosis and was given the heartbreaking news that she may never be able to have children - just months before marrying 27-year-old Calvin Welper. 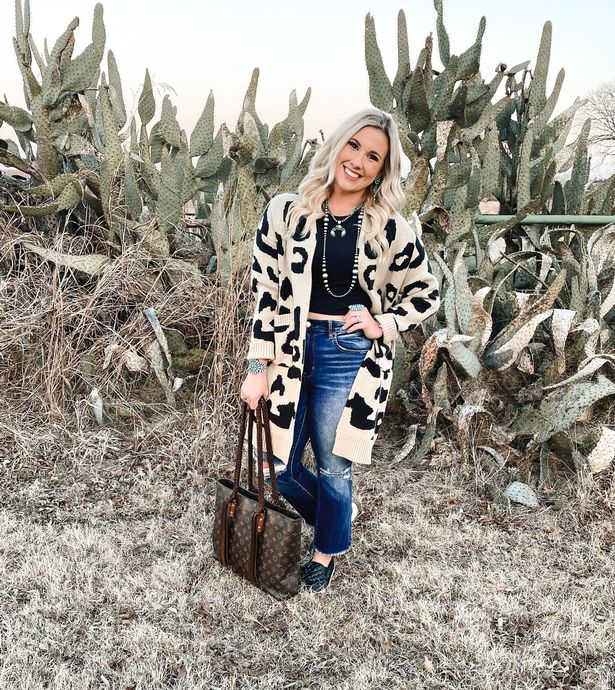 The pair always knew they wanted to become parents and started trying for a baby after tying the knot in May 2019.

Sadly, Heather miscarried and has struggled to conceive again ever since.

The determined couple is now "throwing the whole kitchen sink" at their dream of starting a family and has splashed out around £10,000 in 18 months on surgeries and fertility treatments. 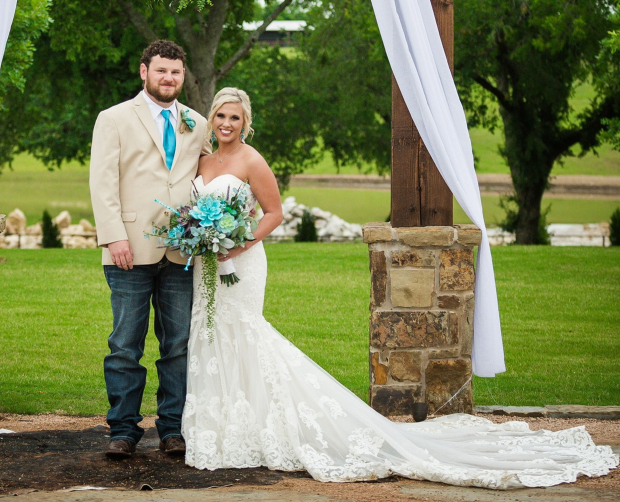 Heather is now sharing her infertility struggles on TikTok in a bid to help other women with the condition and has racked up more than 44,700 likes and comments on the social media platform.

Heather said: "It makes me feel like a little less of a woman because my body doesn't function but he says that I'm 'twice the woman' because I have twice the reproductive organs. 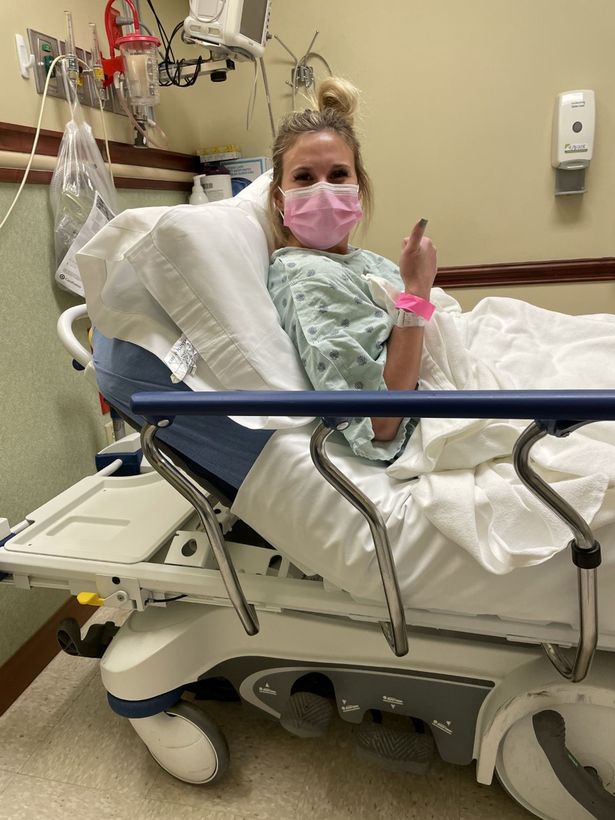 "It was a big shock and I was so emotional and called him when he was at work and he said 'it's ok, we're going to take care of it'."

"The doctor was super negative about everything and told me I'd never be able to have kids and if I did get pregnant I would likely lose them."

"That was right before we got married so it was super traumatising to hear all this negative stuff right before you're about to enter a whole new chapter of life, it was heartbreaking.” 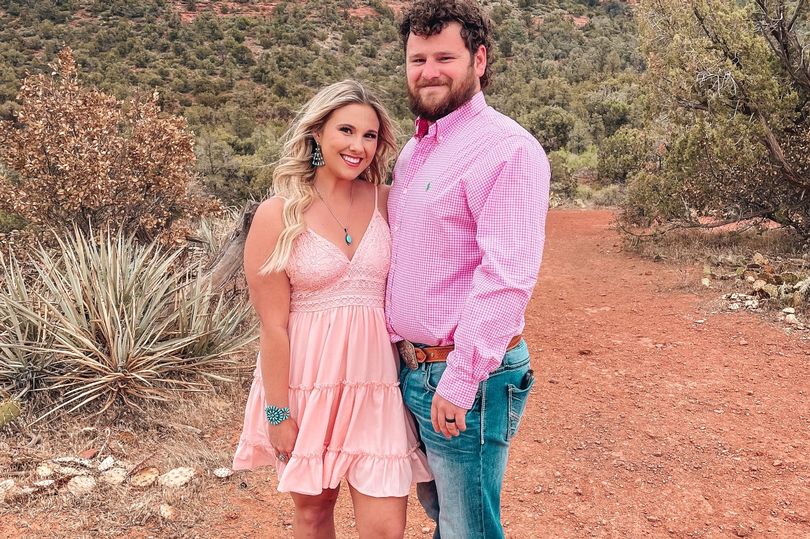 Heather said it’s at that point that you have to have difficult conversations like 'if we can't have children, do you still want to marry me?'

"My husband is so supportive, he was like 'of course, we can adopt or whatever if we have to, we'll figure it out', so it didn't change anything for him”, she added.

Heather first visited the doctor with 'super heavy and painful' periods when she was just 13-years-old but was put on birth control as it was believed she had irregular hormones.

Heather said: "I knew something was wrong or different because my periods were always so crazy and I would have to wear a tampon and a pad to play sports. 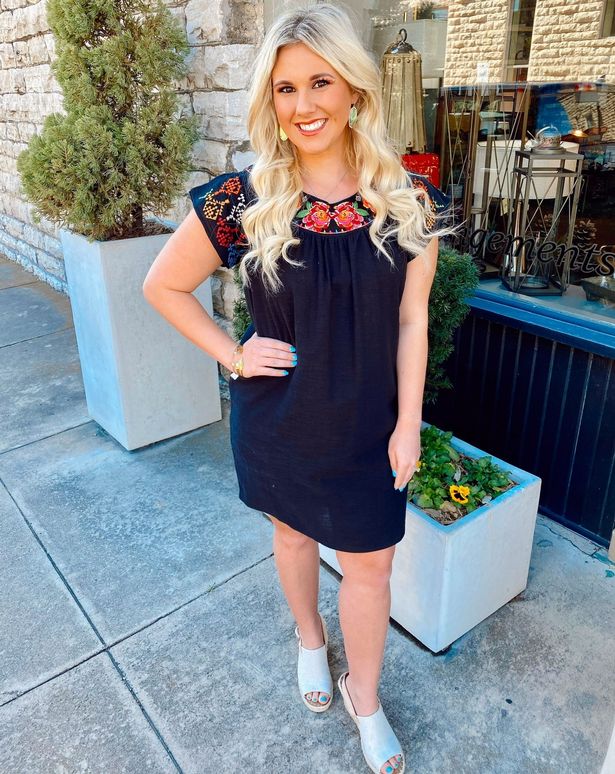 "It was like somebody was punching me in the gut. I could hardly function and then I felt ridiculous because none of my friends were acting like that when they got their cycle, so I thought I was just maybe being dramatic.

"I remember other women being like 'you're just being dramatic', telling me I hadn't drunk enough water, I needed to stretch or that I didn't eat right, it just got blown off.”

She added that all her friends were able to wear tampons and said that if she wanted to go swimming she would have to “be careful because half the time the tampons wouldn’t work”.

"When I found out [about the diagnosis] I thought 'well that makes sense'”, Heather said. 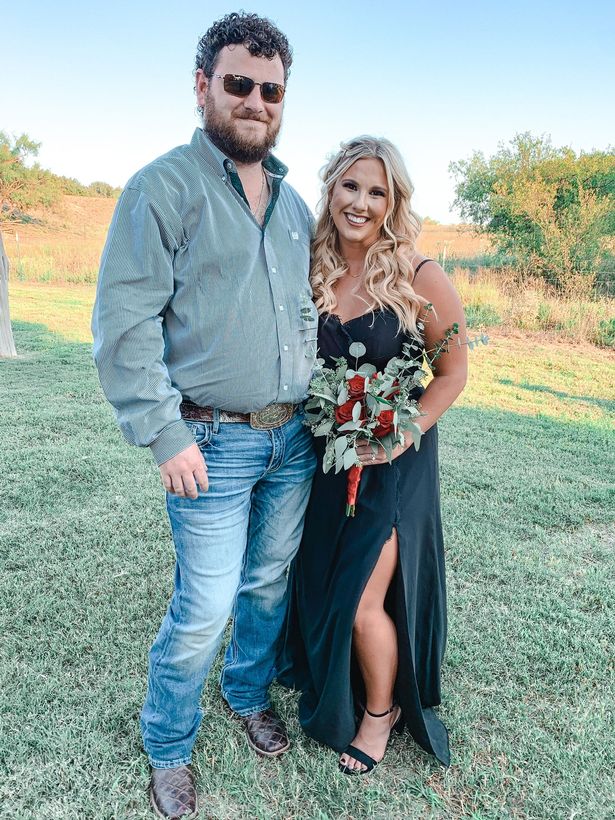 Despite having had three smear tests prior to her diagnosis in February 2019, several other doctors had never noticed she had the rare condition, Heather said.

She explained that she had been at her yearly pap smear exam and was excited for her wedding that May.

Heather said: “I knew we were going to try to start having kids at some point.

"I always felt that something wasn't right - tampons never really worked for me, my periods were always way heavier than my friends and sometimes intercourse could be painful. 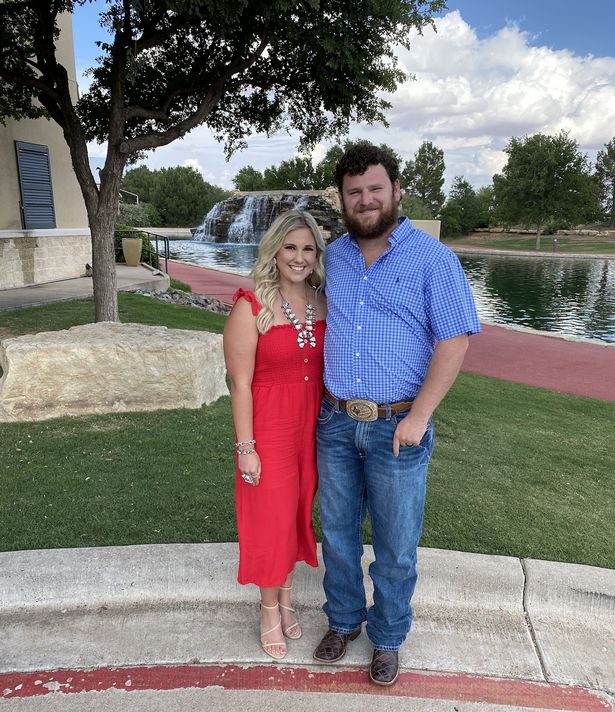 "I'd had yearlies before and no one had ever caught anything so I asked 'can you just double check everything?'

Heather went to see another doctor who told her it would be 'very difficult and high risk' for her to conceive.

Despite the diagnosis, the pair started trying for a baby immediately after they got married and she fell pregnant the following month.

After they returned from their honeymoon Heather sadly discovered she'd miscarried. 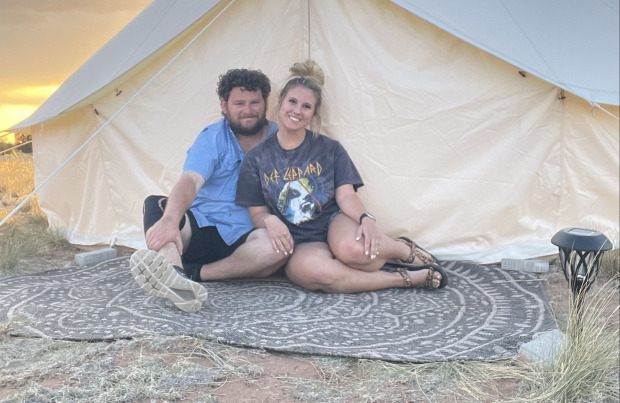 Since then Heather has had two surgeries. The first was to remove her vaginal septum, a thin piece of skin separating her two vaginal canals, so she could have an easier time trying to conceive.

The other was to remove endometriosis tissue that they discovered.

Heather said: "It was an exciting time discovering I was pregnant, but it was also scary."

"The doctor I had seen prior to this was just so negative. As soon as I found out I couldn't let myself be happy, I was just so scared because all this doctor had ever told me 'oh well, if you do get pregnant good luck because you're likely going to miscarry'."

"It's been hard. I feel like I'm no longer the person I was in 2019 when we got married and I found out about all this.”

Heather said it’s difficult for her to live freely and do things like plan holidays and have fun with friends as she is constantly tracking when she is ovulating. 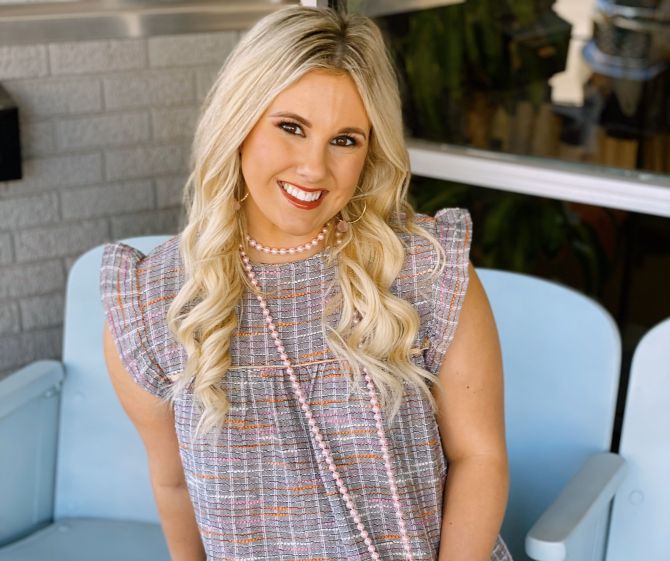 She said she questions whether she will have to have shots and pills in the hope that they can have a baby.

"Your mind is constantly on that instead of enjoying your life."

"We've pretty much thrown the whole kitchen sink at trying for a baby - I've been to four different doctors for fertility treatments”, she added.

Heather said she's part of a support group with women with uterus didelphys and that most of them have had pregnancies with no complications.

She even knows one friend with the condition that fell pregnant within five months of trying and is now 20 weeks and "doing great" - and these kinds of stories give her hope for the future. 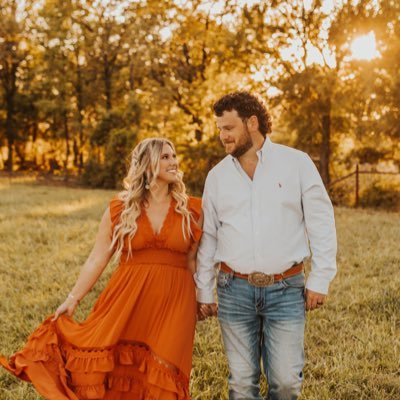 Heather said: "Calvin constantly tells me that we have to keep the faith, he knows it's going to happen and he truly believes it will and I have to stay in the right mindset."

"He's very supportive. He's my rock, he's the one that keeps me going."

She said there is so little information out there about her condition and wants to help other women in her shoes.

Heather explained: “My main goal in being open and honest about my journey is to hopefully help another young woman struggling."

"I don’t ever want anyone to feel as isolated as I did when I first found out."

“I know God has a plan for us, and I believe part of his plan is for me to share my story for other women experiencing the same thing."

“It’s been such a long, heartbreaking ride, but if I can help just one woman to feel understood, then my pain will have served a purpose." 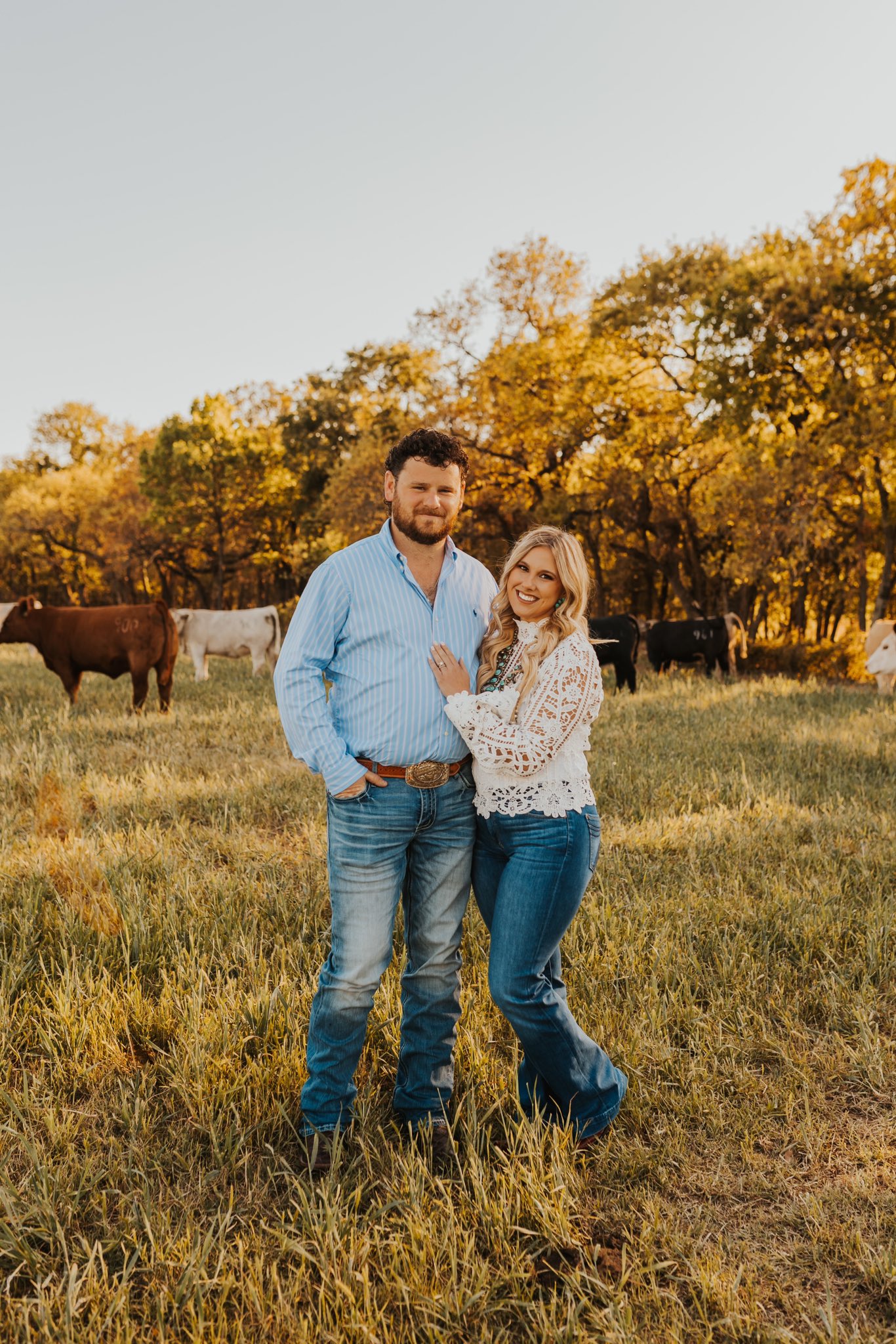