Woman Disowned By Family After She Spent $70,000 Turning Herself Into Human Barbie

Posted by Sama in Life Style On 2nd May 2022
advertisement

Jessy Bunny began her journey of plastic surgery at the age of 17 when she used the money given to her by her parents for her driving license for her breast enhancement surgery. She shares that after that surgery she had such a boost of confidence that since then she never looked back even once. Now she has spent a whopping $70,000 on her transformation and has no plans of stopping anytime soon. 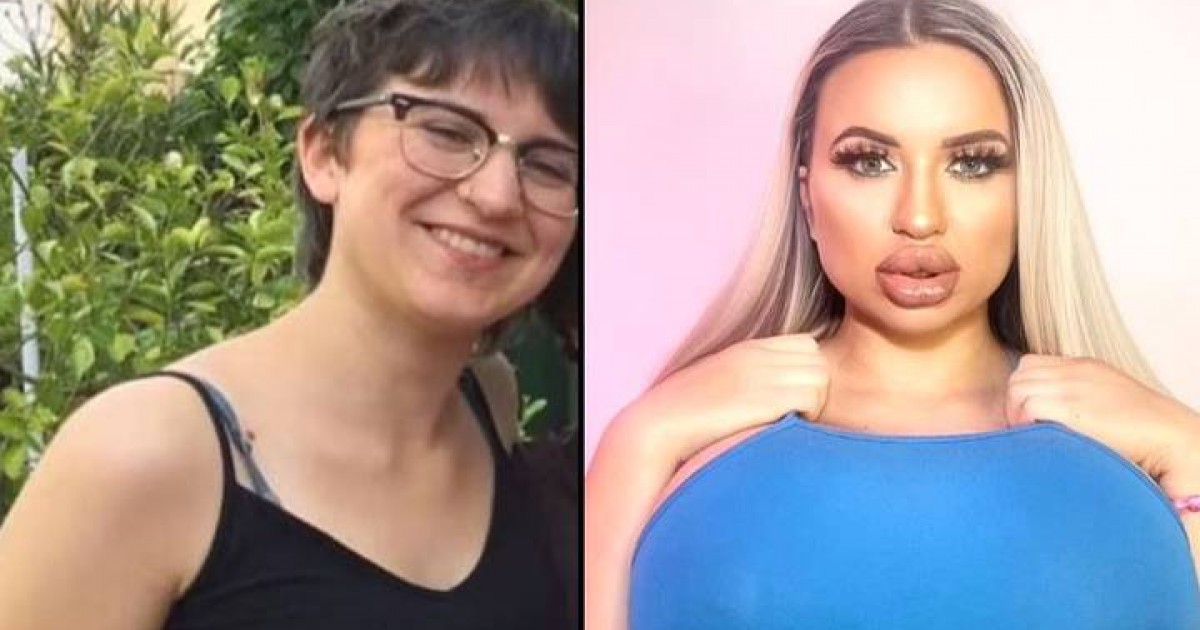 German-born Jessy Bunny has been disowned by her family after she spent a whopping $70,000 on cosmetic surgery to transform herself into a human barbie.

The 21-year-old has shared her measurement on her Instagram and describes herself as a fashion model with a cup size of '2000 [cubic centimeters] and growing'. 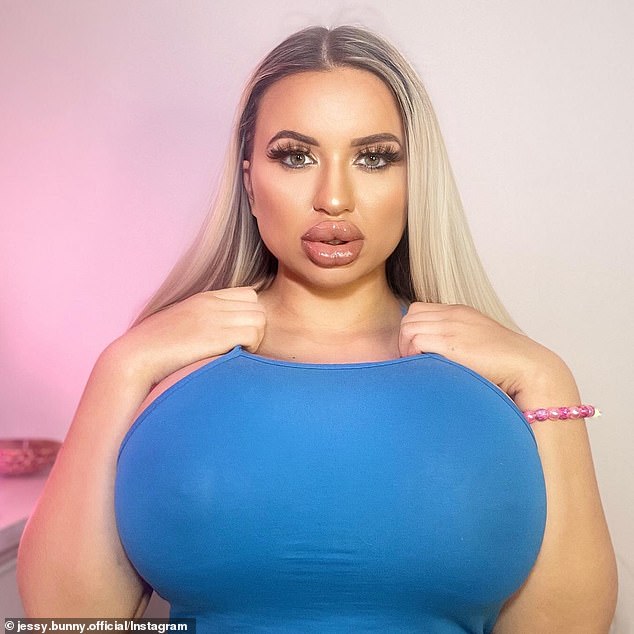 Jessy has undergone three breast enhancement surgeries in past years and currently is sporting a cup size of 75 N, eleven times the size of a D cup. Over the years she claims to have spent approximately $73,000 (£58,000) on surgery, having also had an operation on her nose and procedures to plump up her lips and bum.

The model told the Austrian newspaper Heute she can imagine 'having several more surgeries', but her transformation has not been met favorably by her family members, who she says have blocked her phone calls and ignored her text messages.

"This is so sad as I’d love to be in touch, especially with my brother and my grandparents. I just don’t understand why they behave that way just because I’ve changed my physical appearance," she said. 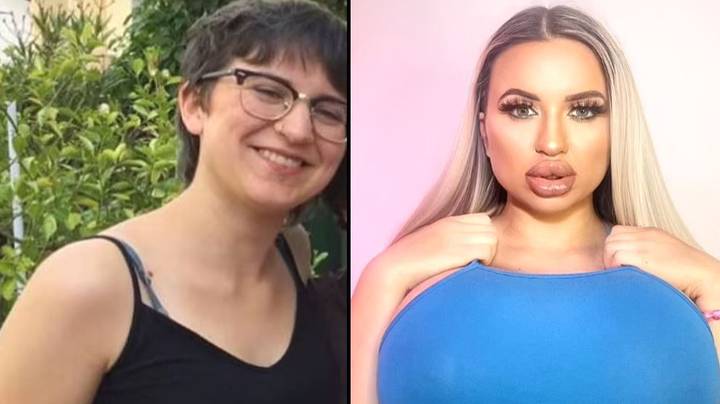 Jessy took an alpaca cuddly toy with her to the procedure and admitted she was 'quite nervous', saying: "I’m so afraid of needles.”

However, she went through with it, explaining: "Having the biggest silicone breasts in Austria just isn’t enough for me. I want the most voluminous lips in the whole country too." 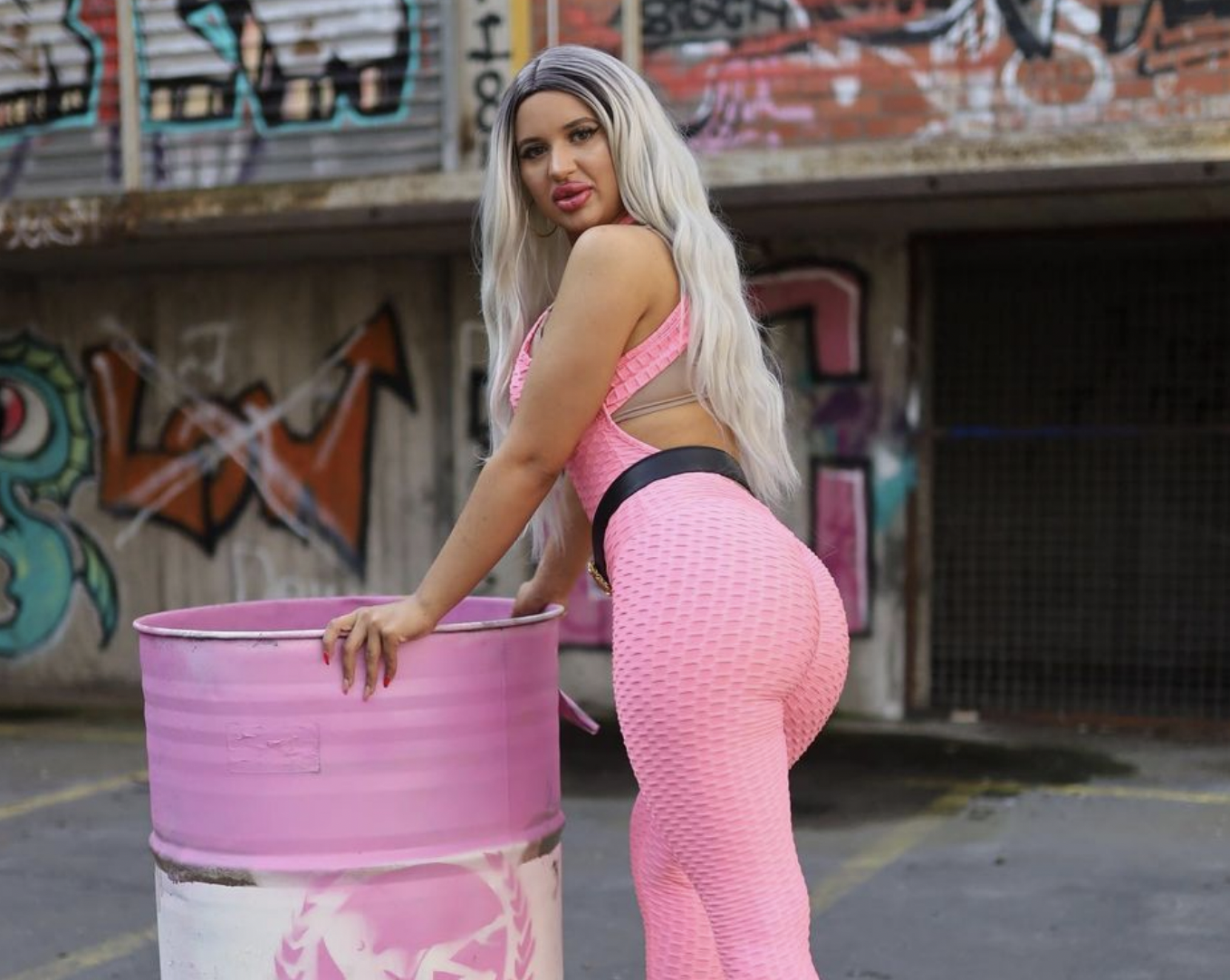 Jessy shares how she began her transformation journey at the age of 17 and paid for her first breast enhancement with money her parents had given her to take driving lessons. She remembered pretending to be 'cool and solid' as a teenager, but said in reality she 'never was'.

"I had short dark hair, many piercings and dreadlocks. But that wasn’t my true self," she said, adding: "My parents had very conservative opinions concerning education. Whenever I wore sexy clothes in summer it was like a nightmare for them. They handed me silk scarves to cover my cleavage."

Jessy says her first breast enhancement gave her a 'huge confidence boost', and she now wants to turn her body into a 'total Barbie doll body'.

She says that when she gets up in the morning, she feels happy and comfortable in her own skin as feeling 'just wonderful'.

Jessy has been abandoned by her family but her followers on Instagram love her.

She also has her own OnlyFans page, on which she posts adult content not suitable for social media.