Woman Dressed As A Mermaid Swims In Floodwater

Posted by Annie N. in Funny On 12th August 2021
advertisement

In a series of images that are simply bizarre, a Scottish woman is seen lying down on the street wearing a ‘mermaid’ tail splashing about in the floodwaters of rain as it pours down on her. 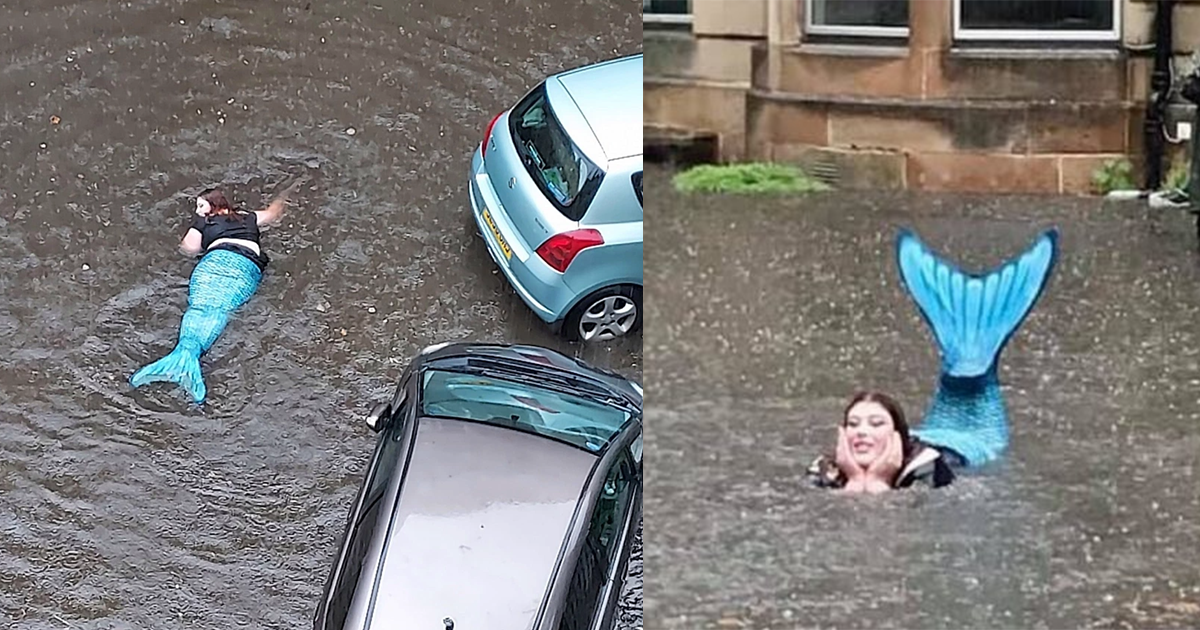 Scotland was hit by a series of flash floods recently which caused disruption in the daily lives of the Scottish people but one of them decided to turn that into an opportunity to embrace her more aquatic side. 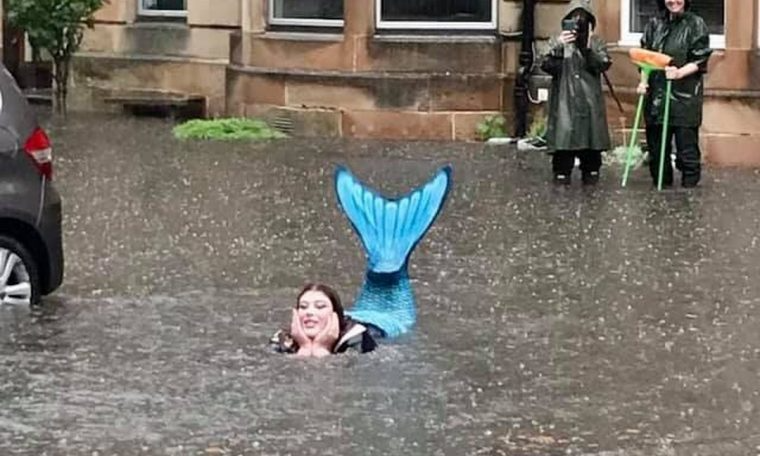 This Glasgow resident was going about his day when unexpectedly ran into this mythical creature splashing about in the puddles caused by the rainwater. 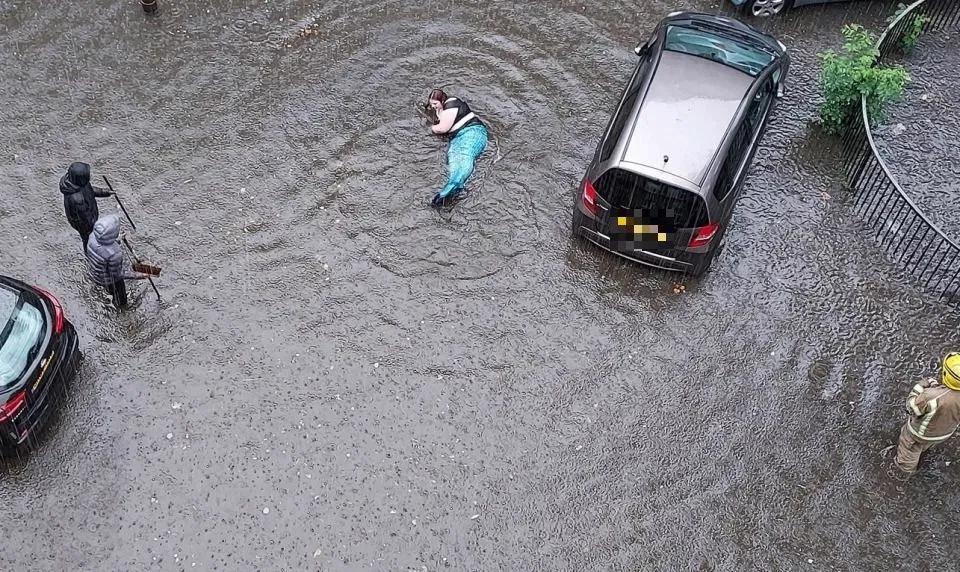 Gavin Millar took a series of pictures where the woman can be seen flailing and splashing and pretending to be a mermaid. 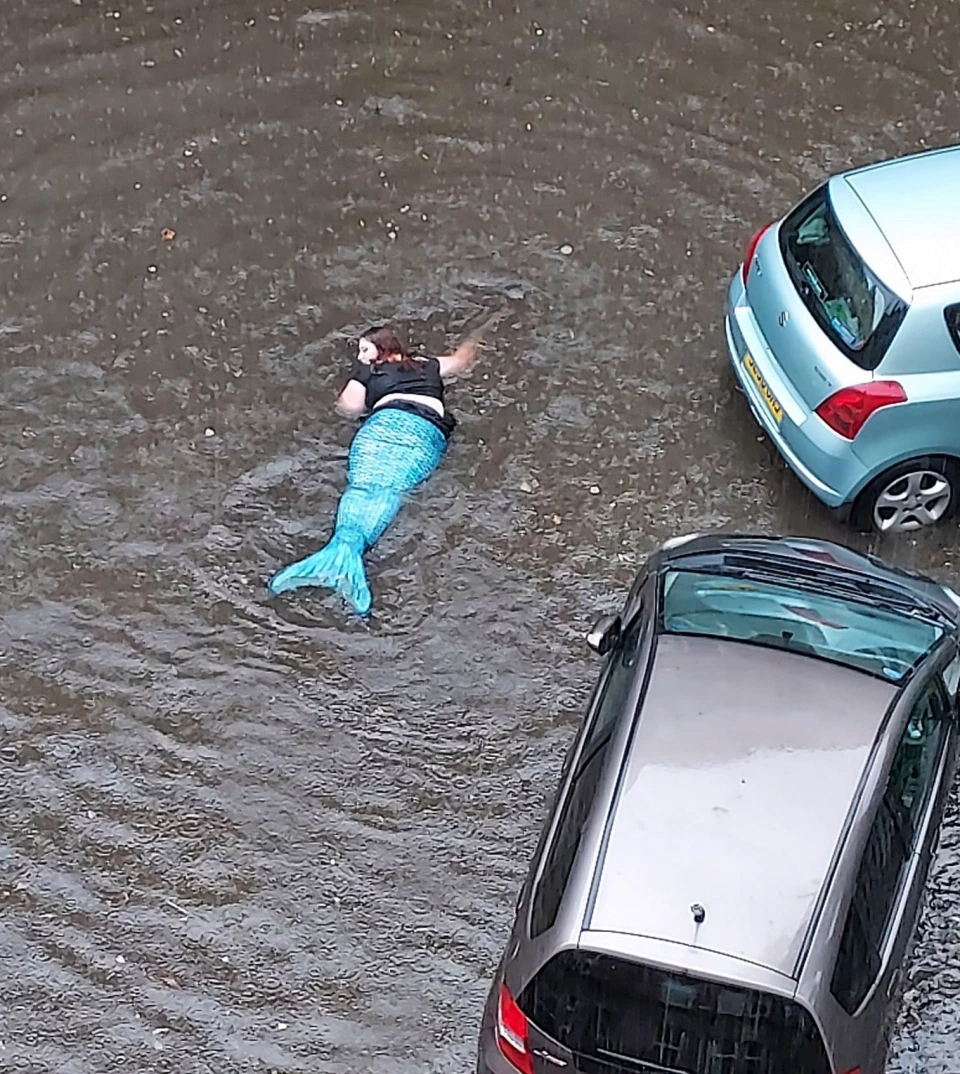 While the woman wasn’t able to get a decent swim due to the level of the water, people on the internet were able to get a good laugh out of her shenanigans.

A neighbour who shared a similar picture said, “I absolutely love my neighbourhood of Battlefield. Mermaid was out today in the flash floods. Hope those affected by the floods are ok."

I absolutely love my neighbourhood of Battlefield.

Mermaid was out today in the flash floods. Hope those affected by the floods are ok.

Flash floods and rains have recently racked the area but you never know if you might spot another mermaid in the mix.

A bit of rain while walking through the West End.... Got back home before the ⛈ set in. #Glasgow #rain pic.twitter.com/ZJp7aKxvE3