Asta Juskauskiene, 35, of Dartford, Kent, divorced her husband Giedruis Juskauskas and was seeing 25-year-old former prisoner Mantas Kvedras. The woman decided to settle the dispute that which man would win her hand by arranging a deadly alleyway fight between the two. 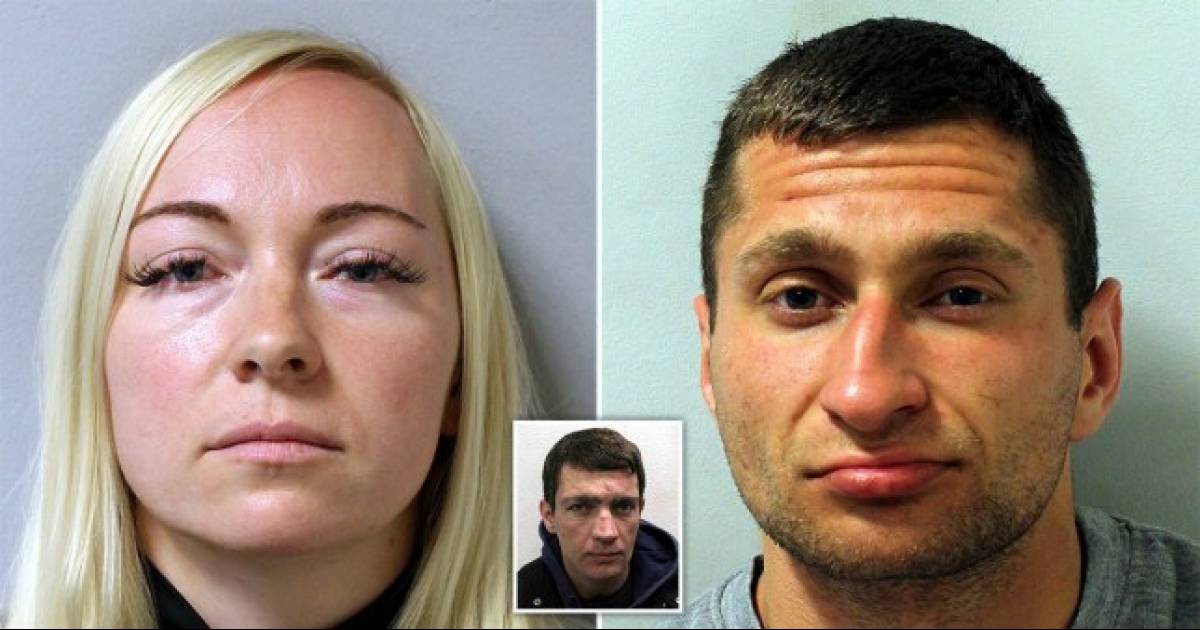 A divorced mother who allegedly arranged a 'medieval dual' between her ex-husband and lover to see which one will win her hand is now facing life behind bars. Asta Juskauskiene, 35, left her husband Giedruis Juskauskas, when she started seeing Mantas Kvedaras, after meeting the 25-year-old online following his release from prison in Lithuania. 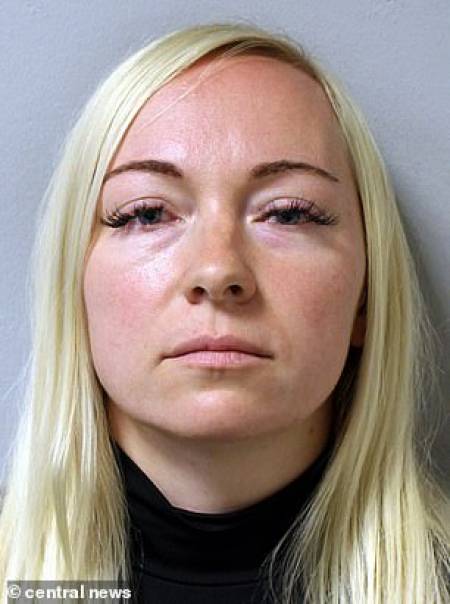 Juskauskas was still in a physical relationship with his ex-wife despite their divorce in December 2018. While the alleged lover flew to the UK just five days before the murder to stay at Juskauskiene's east London home. 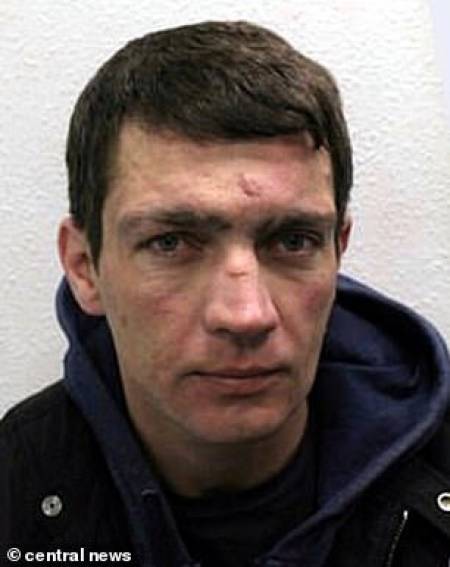 Both the men claimed her to be their lover. So to settle the dispute, Juskauskiene arranged a meticulously planned dual in an alleyway in Stratford. While she herself stayed at home to look after the kids.

Kvedaras, who admitted to the murder allegedly stabbed Juskauskas 35 times in the chest and left him bleeding to death in an alleyway. Juskauskiene had conspired the murder of her ex-husband but she was convicted for her crime following a five-week trial at Kingston Crown Court. 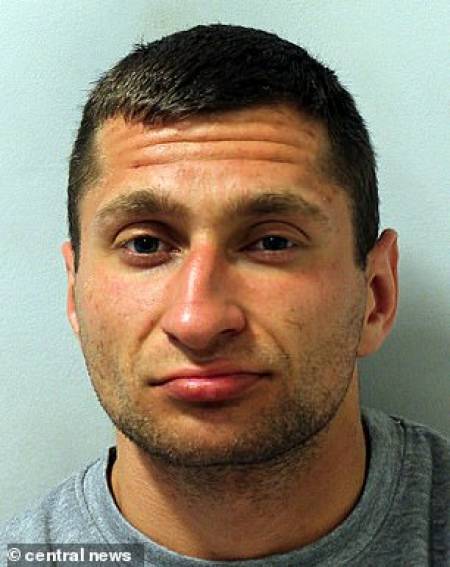 Judge Peter Lodder QC, said he will sentence Juskauskiene and Kvedaras together next month.

Hugh Davies, prosecuting, had told the court that Juskauskiene had discussed the purpose of the fatal meeting with her friend Jurgita Sulciene.

'That purpose was for the men to settle the issue in relation to the defendant with violence - in effect a latter-day medieval duel.'

Kvedaras had begun a relationship with Juskauskiene following his release from prison in Lithuania.

'Giedrius was however still on the scene,' said Mr Davies. 'He regularly visited the address to see his daughter.

'He had not wanted the divorce. He was providing financial support for his daughter and maintaining a sexual relationship with the defendant.

'In their different ways each man felt that they had claims over Asta Juskauskiene. The situation was inevitably going to come to a head.

'It did come to a head in Whalebone Lane on that Monday morning.

'Giedrius Juskauskias and Mantas Kvedaras had obviously met there by arrangement rather than by chance: neither was anywhere near where they lived, and telephone records demonstrate there was repeated communication between them during the day of Sunday 16 June as they travelled from different locations to the scene.

'Juskauskiene is a manipulative and controlling figure central to the orchestration of these events. 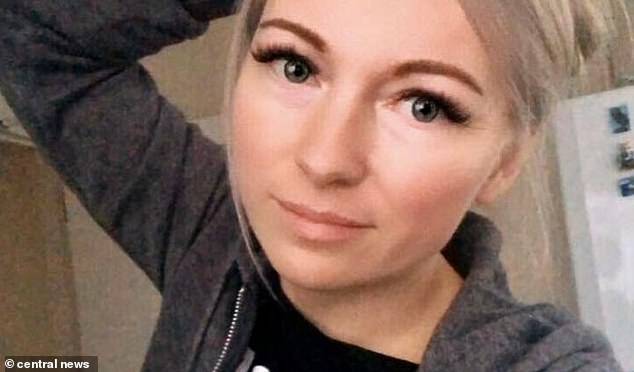 ‘She knew in advance that Mantas Kvederas was intending to use serious violence and cause at least serious harm to Giedrius and she encouraged, assisted and intended to do this.

‘Juskauskiene then actively assisted Mantas in removing his important documents from her house.

‘She harboured him at her house following the murder, she selectively deleted text messages from her mobile phones before they were seized by police, and she lied repeatedly in interview.

‘The prosecution contends that from the point she was told by Mantas Kvaderas immediately following the murder what had happened she has taken steps to distance herself from both him and the events.

Juskauskas was found bleeding to death in Whalebone Lane, Stratford at 12:30 am on 17 June.

Mr. Davies added: 'This was not a fistfight that escalated: it was a murderous assault with a single-bladed knife with death as the inevitable outcome.'

Mr. Juskauskas had told Ms. Sulciene she travelled to meet Kvedaras on 29 May, and he planned to meet her in London on 12 June.

'Before his arrival Sulciene, reading the situation, had warned her that it would be 'dangerous' if Giedrius were to come to the house and meet Mantas,' said the prosecutor.

'She said they would fight, I knew Geidrius was a very jealous person'. 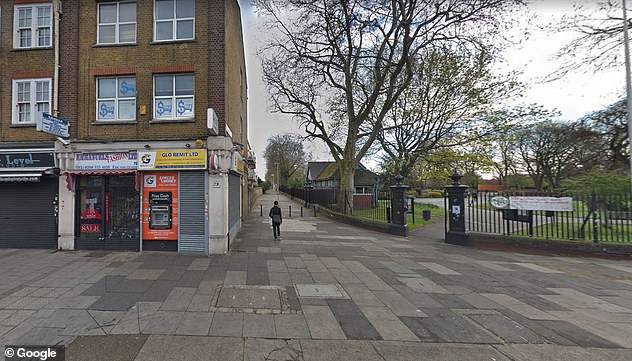 During a loudspeaker phone call, Ms. Sulciene warned her friend about Mr. Juskauskas and heard what she believed to be Kvedaras' voice say: 'F*** off, what can he do to me?'

Mr Davies said: 'Giedrius had said he would go to social services and was telling Mantas that he would 'come to the house whenever he wanted to visit his daughter'.

‘Mantas had said this was okay, but this angered the defendant, who started putting pressure on Mantas ‘telling him off for not kicking Giedrius out, for not arguing back’.

Asta then organised a meeting in the graveyard in Crayford near her home at which Giedrius belittled Kvedaras, saying he would visit Juskauskiene ‘whenever he wants and there is nothing Mantas can do about it’.

Ms Sulciene said in her statement: ‘Asta then suggested that they, Mantas and Giedrius, meet somewhere in Romford and sort it out.

‘They were initially going to meet at night in Shenstone Park in Crayford but one of them said that it’s not the best place to meet because it was too close to where they lived.

‘Asta then suggested to both of them to meet in some street in Romford where lots of drug dealings were taking place.

‘Her reason for this was because this way, if something happened, it would be blamed on the drug dealing,’ Ms Sulciene told police. 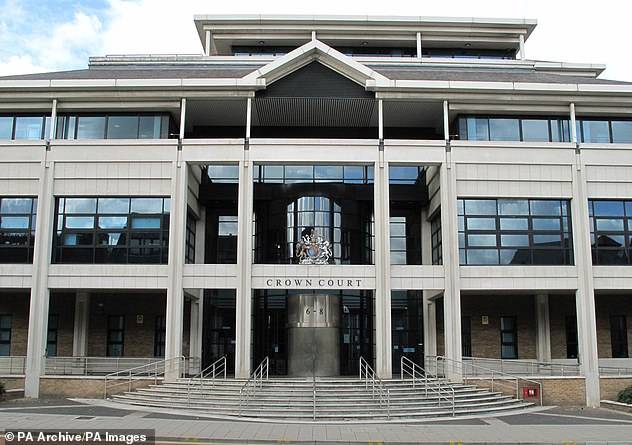 ‘This made it clear to me that it would mean that somebody would be seriously hurt or killed.

‘Asta implied to me that she wanted the two men to have a fight for her and whoever won would stay with her.

‘I do not know what she meant by ‘winning’ but she did say that she wanted Giedrius to win. Asta then told me that Mantas was preparing for his meeting with Giedrius.

‘He was going out to buy something, but when I asked her what it was, she said that she couldn’t tell me on the phone.

‘I pleaded with her to stop the meeting taking place and even tried to look for Giedrius on Facebook to warn him.’

Juskauskiene, a home-visiting care worker of Iron Mill Lane, Dartford, Kent, was convicted of conspiracy to murder and perverting the course of justice.

They will return for sentence on 7 February at Kingston Crown Court.